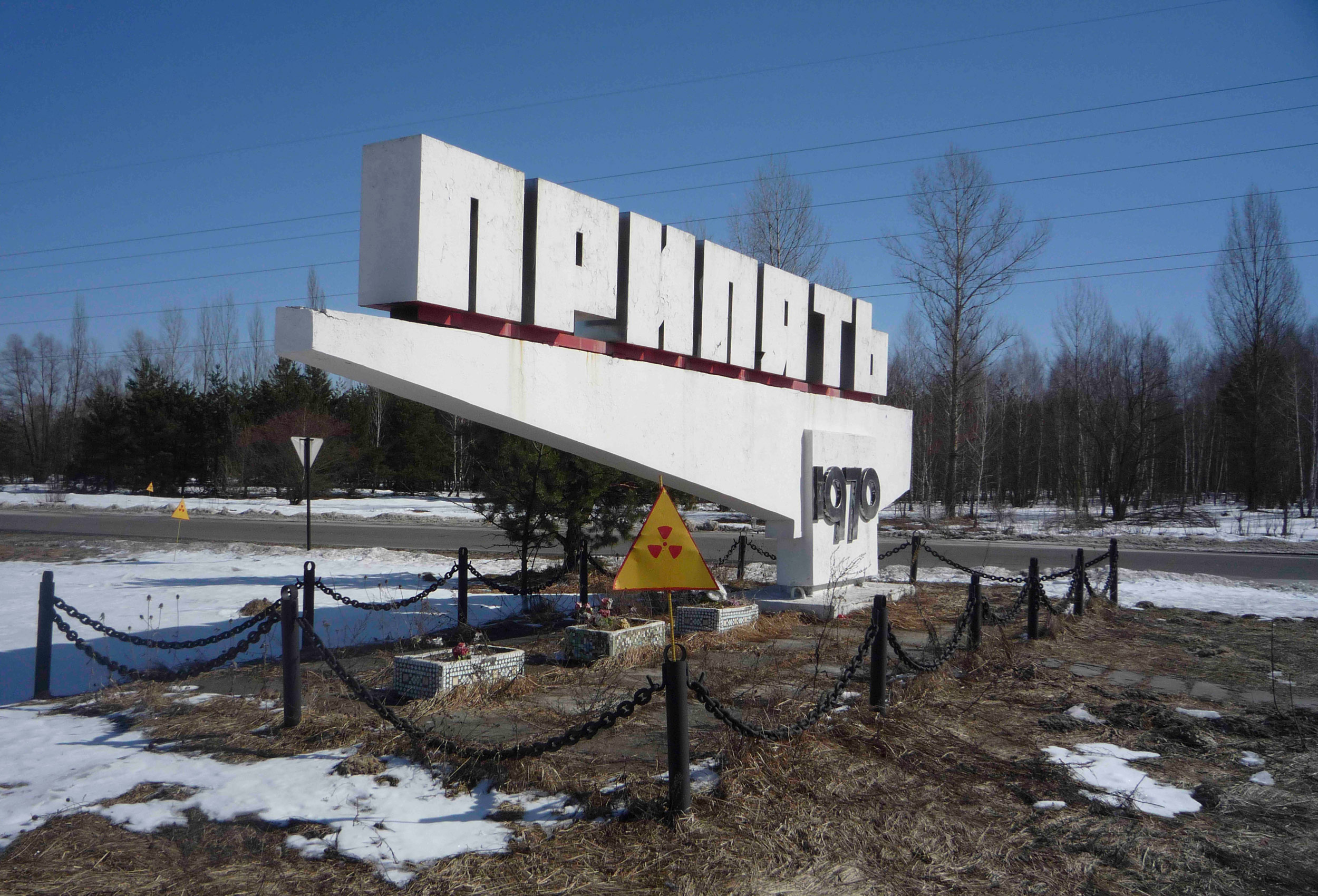 Chernobyl will always evoke a sense of apocalypse, since the accident that took place on April 26, 1986 —when the explosion of Reactor 4 left an approximate area of 5200 square kilometers uninhabitable and its radiation killed and sickened thousands of people— is considered the most egregious technological disaster of the twentieth century. More than three decades have passed since that tragic day, and its consequences will forever be part of the daily lives of people living in the surrounding areas in Ukraine, Belarus, and Russia.

Owing to its unique and tragic historical gravity, Chernobyl has inspired many books, films, documentaries, and works of art. Joining this lineage, and guided by his own interest in the detritus of history, collective memory, and social amnesia, the Mexican artist Raúl Ortega Ayala has created a film and a series of large-scale photographs depicting the Chernobyl Exclusion Zone. These works grew out of several visits to the area, and to the ghost city of Prypiat, between 2013 and 2017. Built in the 1970s, evacuated in 1986, and opened to tourism by the Ukrainian government in 2011, Prypiat has since been visited by small groups of tourists with a taste for the extreme. After the American television series Chernobyl aired in 2019, Prypiat became a tourist magnet, drawing over 100,000 visitors that year—a number that rivals the almost 200,000 people who had been cleared out from the exclusion zone.

The Zone (2013–20) is a film that approaches the city of Prypiat by picking its way through the rubble of the urban landscape, evoking the memories of the people who once lived there. The documentary features the former deputy mayor of Prypiat; a physical education teacher who had hundreds of children under his care when the accident occurred; a young mother with a newborn baby; and a man who was an infant when the accident occurred. The film accompanies them as they walk through the streets of a city that, in less than a single day, was forcibly evacuated. At least 50,000 residents had no choice but to depart, leaving their entire lives behind them.

With precise aerial cinematography, the camera begins its tour throughout the ghost city and its outskirts, foregrounding the colossal Duga anti-missile radar, a solid, monumental mass in the middle of a forest. Later, the shot comes to rest on a building that reads “Let the atom be a worker, not a soldier.” The film goes onto capture scenes of the gymnasium, the movie theater, the park of culture with its Ferris wheel, a restaurant, and various other Soviet modernist buildings of Prypiat. It captures the passing of time, the change of seasons and the way nature flourishes and embraces the abandoned spaces. The ruins serve now only as a testament to what once was an active, vibrant city.

Another part of The Zone is a series of photographs titled Field-notes, which spotlights details of decaying buildings, Soviet paraphernalia, and objects left behind after the extensive cleanup carried out by sanitation teams. Particularly attractive is a large-format print of an abandoned basketball court, installed on the gallery’s rear wall. Thanks to its immersive scale, the image gives visitors the aesthetic illusion of being in the exclusion zone. The devastated athletic space, with deteriorating wood and iron, and a hoop-less backboard observing from above, contrasts with the supreme importance that theSoviet system put on sporting activities as effective tools of ideological and social indoctrination.

In another image, Ortega Ayala documents a kindergarten where, in front of a cracked and chipped wall, we see the vestiges of school furniture and stuffed animals.The desolate landscape evokes the fracturing of dozens of lives with their myriad possibilities, all devastated in an instant.

During the Soviet era, wallpaper was an essential decorative element in any apartment building, or kvartira. Ortega Ayala documents residues of wallpaper that have begun to peel, revealing pages of Soviet newspapers like the Pravda and the Stroitel’naya Gazette. Used as a form of insulation, prints now hang as decaying, ephemeral traces of the lives and tastes of residents.

The Zone is a story of resilience and adaptation, but also of honor and the decline of blind faith in nuclear energy. Once the greatest pride of the Soviet political system, things have changed since then. The Chernobyl accident was one of the triggers of the Soviet Union’s collapse in 1989, casting doubt on the benefits of nuclear energy, and prompting incipient eco-nationalisms and desire for independence in some Soviet republics. The fateful accident revealed the ambivalent character of atomic energy, which, on the one hand, makes life easier and provides an unrivaled source of jobs and energy; and on the other, is liable to mutate unexpectedly from an optimal solution to an irreparable disaster.

Thus, two flows of energy converge in The Zone: the city’s loss of living vitality and the explosion of industrially generated energy. These notions of energy are in conflict. The latter understands energy as a strictly physical, quantifiable, mechanized, and marketable phenomenon generated through technology. In contrast, vital energies are relational, community based, and built by the interaction of living beings in space.

In the Chernobyl Exclusion Zone, industrial energy displaced relational energy; once unleashed, with a half-life of millions of years, it will outlast the temporal scale of the human species. So, Ortega Ayala’s film also poses questions about our current relationship to the environment and the vulnerability that results from the use of this energy source. It generates radioactive waste, affects natural habitats, and when mismanaged, or used in war, will have devastating social and environmental consequences.

Given the world’s current political situation, The Zone can also be understood in relation to the atomic danger posed by Russia’s ongoing invasion of Ukraine, which has already displaced millions of people. Ironically the initial objective of the Russian forces in this incursion was to capture the Chernobyl nuclear plant, which was achieved a few hours after the war began, on February 24, 2022. The image of the military troops, who set up camp for several weeks at the atomic energy plant on their way to Kyiv, invited ominous speculation —and rightfully so, since this war is fought in a country with several nuclear reactors, and in which an autocratic leader, Vladimir Putin, espouses a disturbing nuclear rhetoric in his insistence on restoring a Russian zone of influence, the Russkiy Mir.

The Doomsday Clock, designed by the Bulletin of the Atomic Scientists, continues to warn how close we are to a self-provoked worldwide catastrophe. This year the Clock was again set at 100 seconds from “Midnight” or total destruction. One of the dangers the scientists highlighted is the violation of international agreements protecting civil nuclear facilities by Russia’s capture of first Chernobyl and then the nuclear reactor at Zaporizhzhia as well as the expansion of the Russian nuclear doctrine to now allow for the use “tactical” nuclear weapons if deemed necessary.

For decades Western Europe has remained dependent on Russia for its energy supplies, and now, ironically again, these countries are helping to pay for the invasion of Ukraine with their energy payments and protecting the Russian economy from the full effects of international sanctions. Europe is now on a desperate search for new energy sources, including the possible construction of new nuclear plants. The conflict in Ukraine shows clearly how we have created relations of dependence and interdependence, of exploitation and subjugation across the vectors of energy resources, whether these are industrial or even the movement of human bodies through processes such as migration.

The Zone presents us with a timely opportunity to question our approach to technology, revealing the danger lurking in our mastery and use of energy. In reality, a broad spectrum of conflict has emerged whose poles are the climate crisis and geopolitical survival. 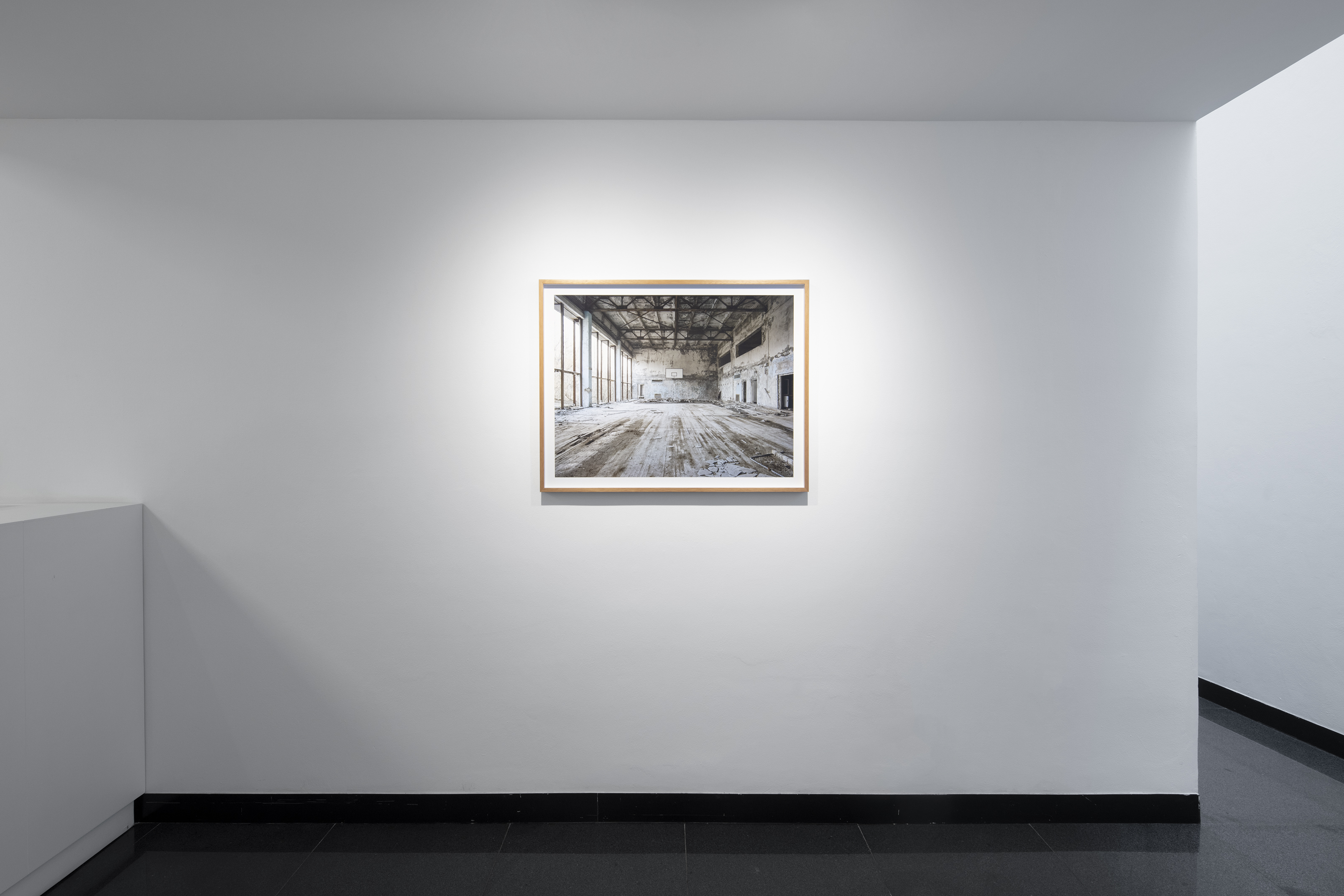 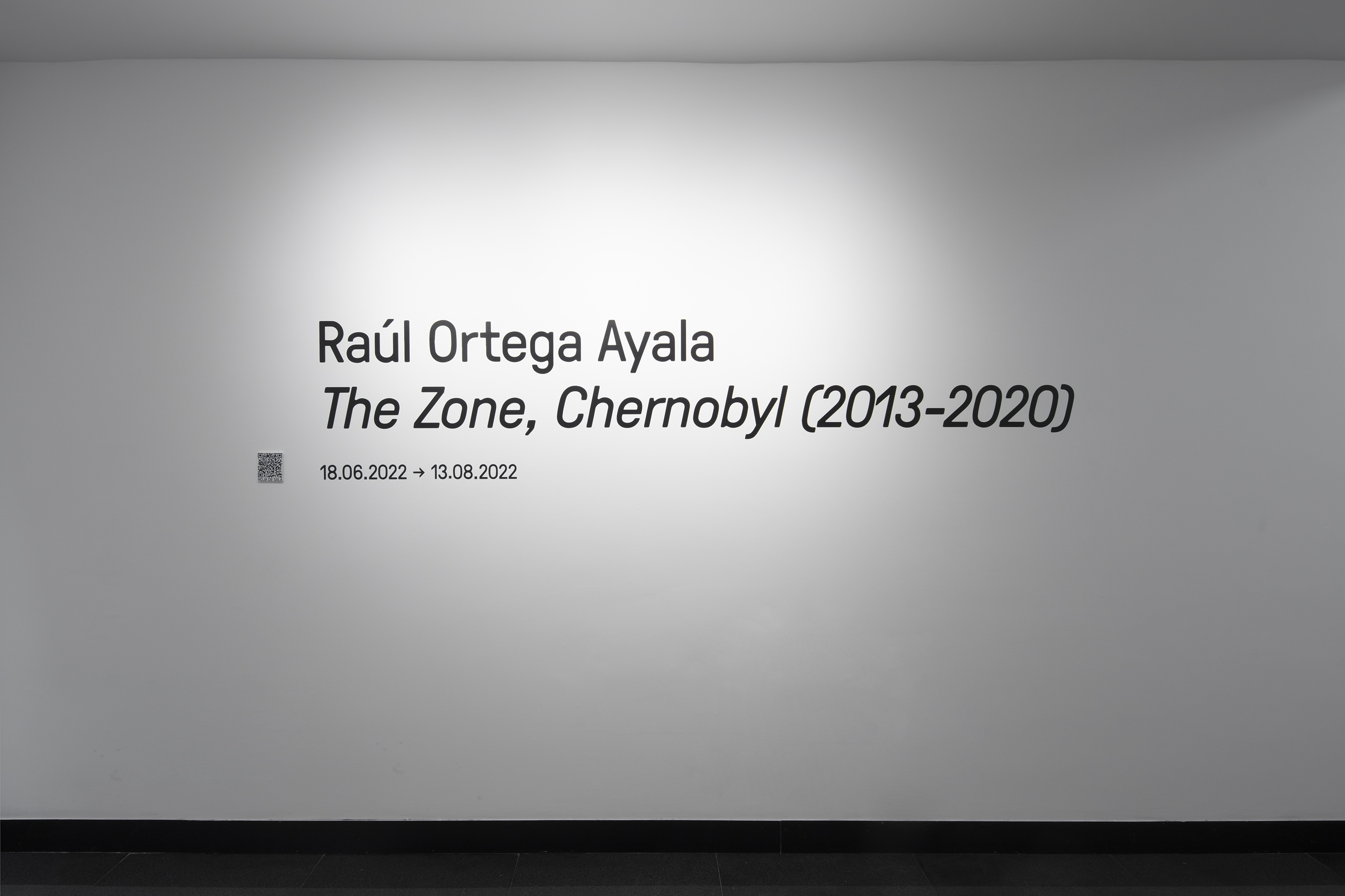 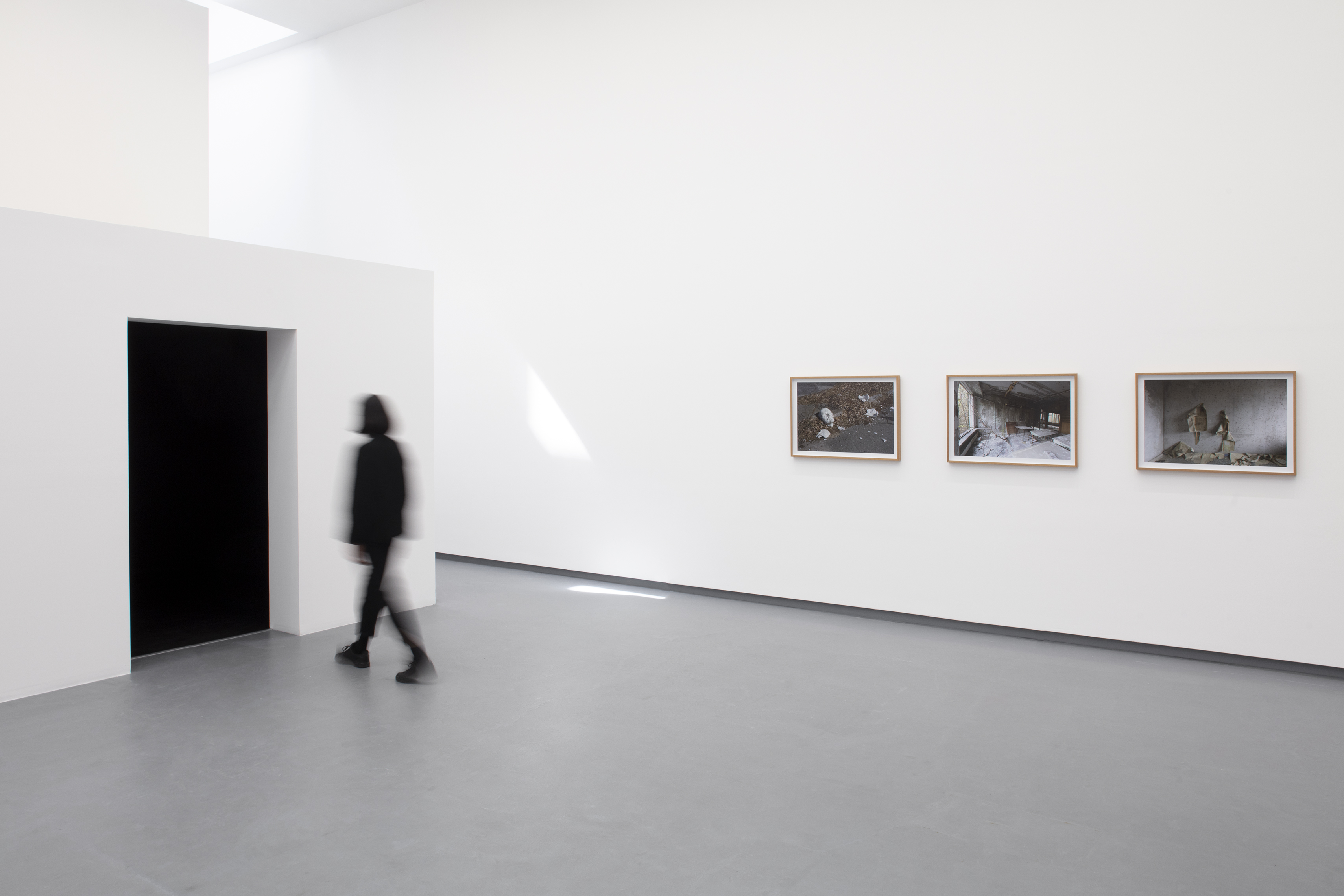 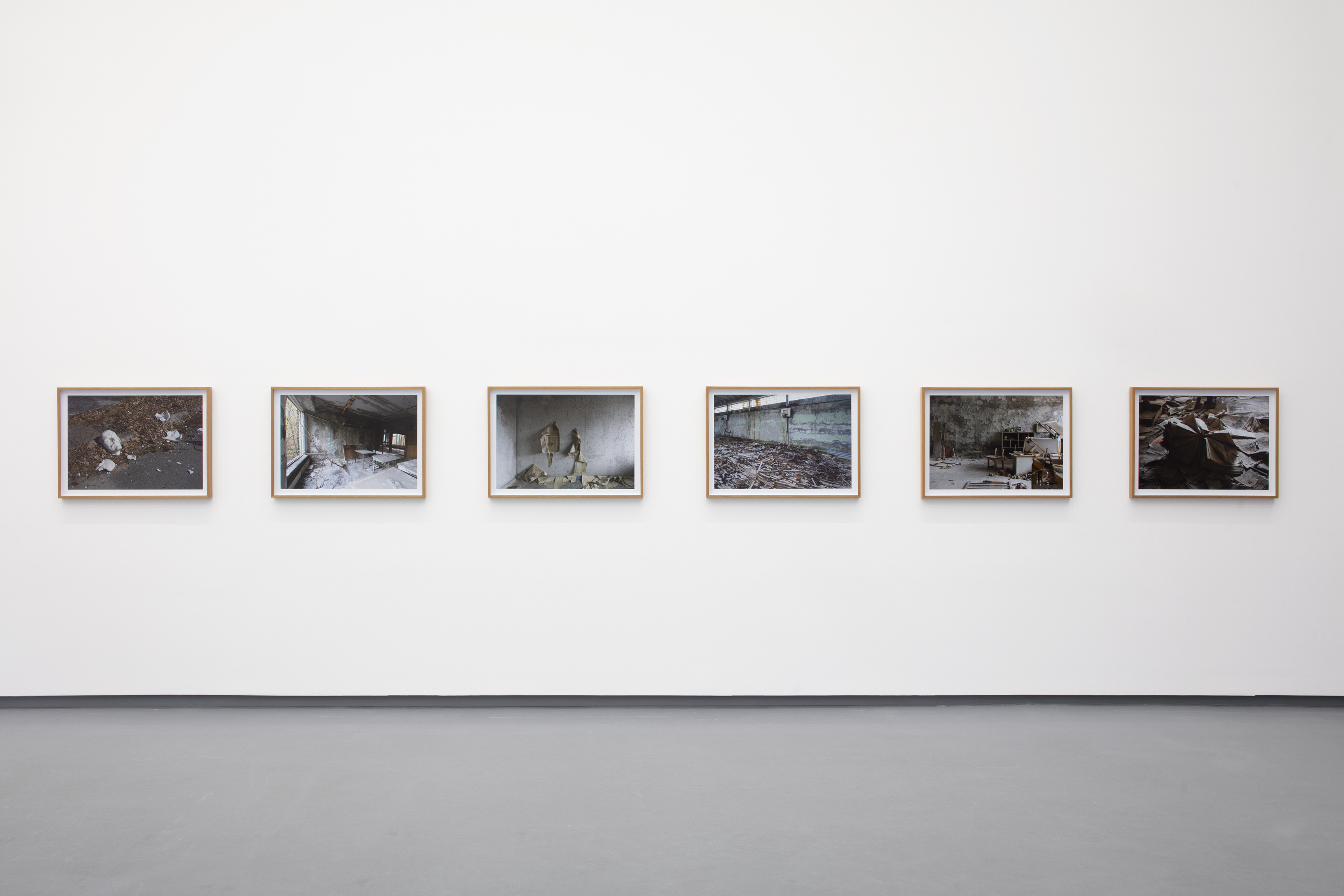 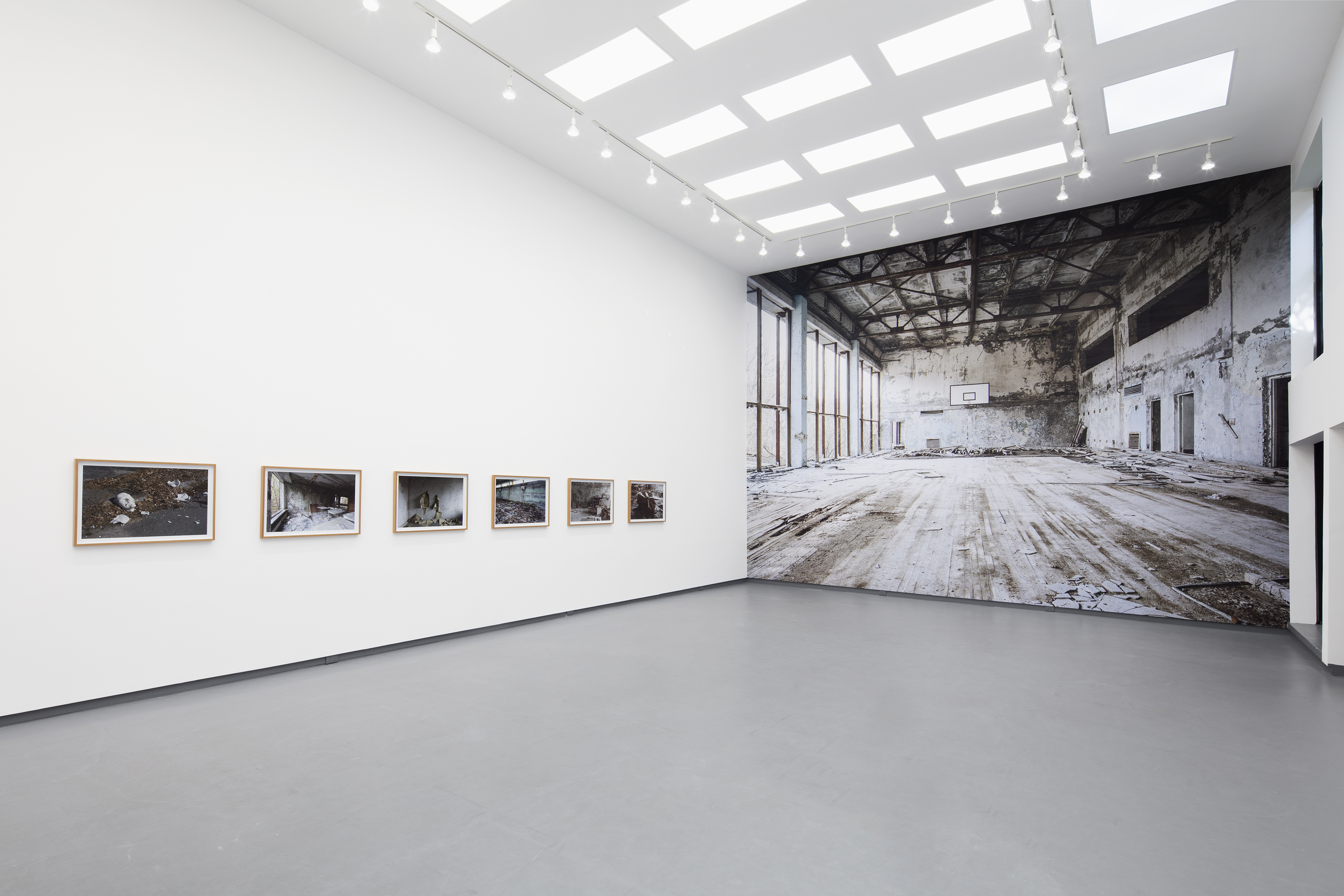 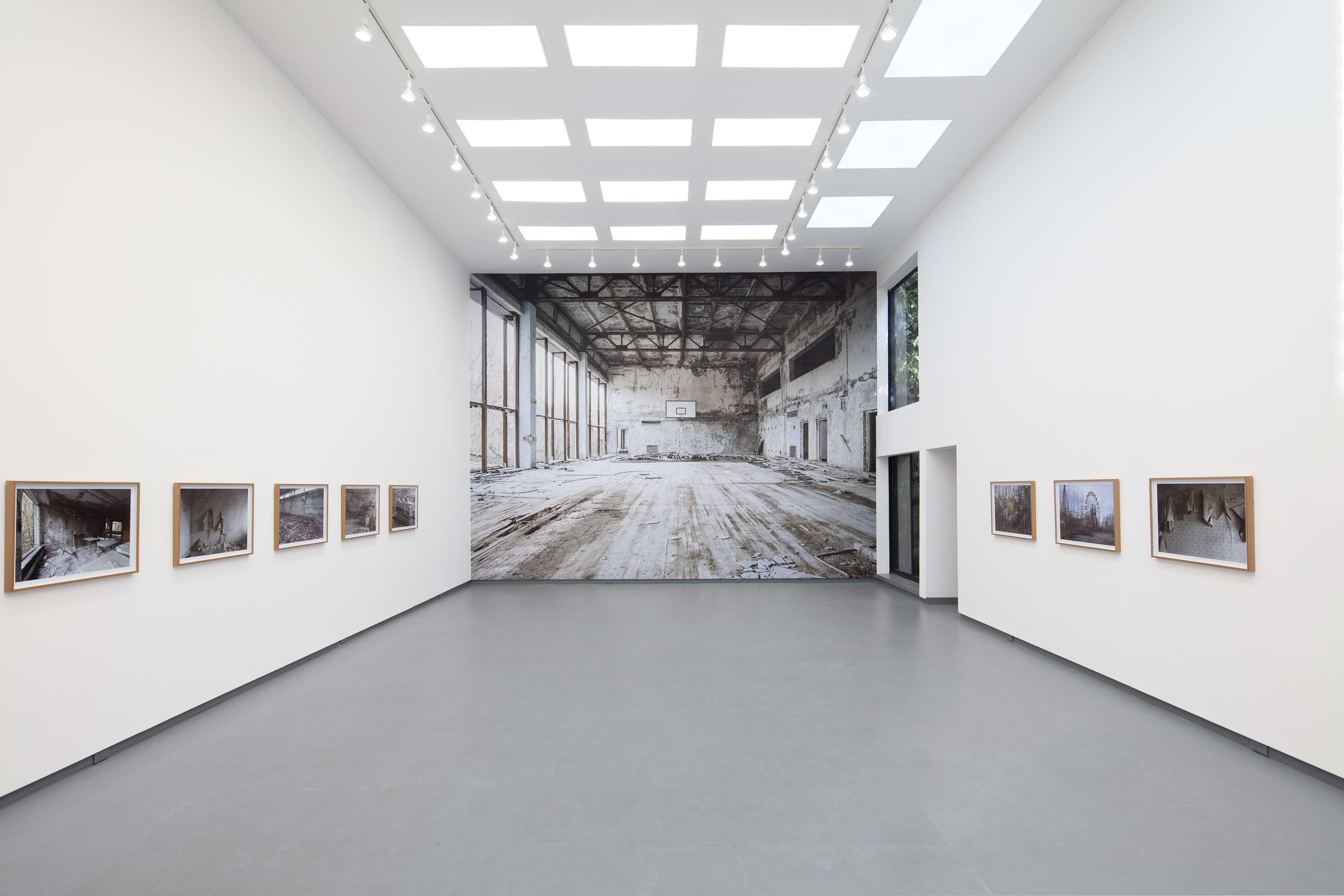 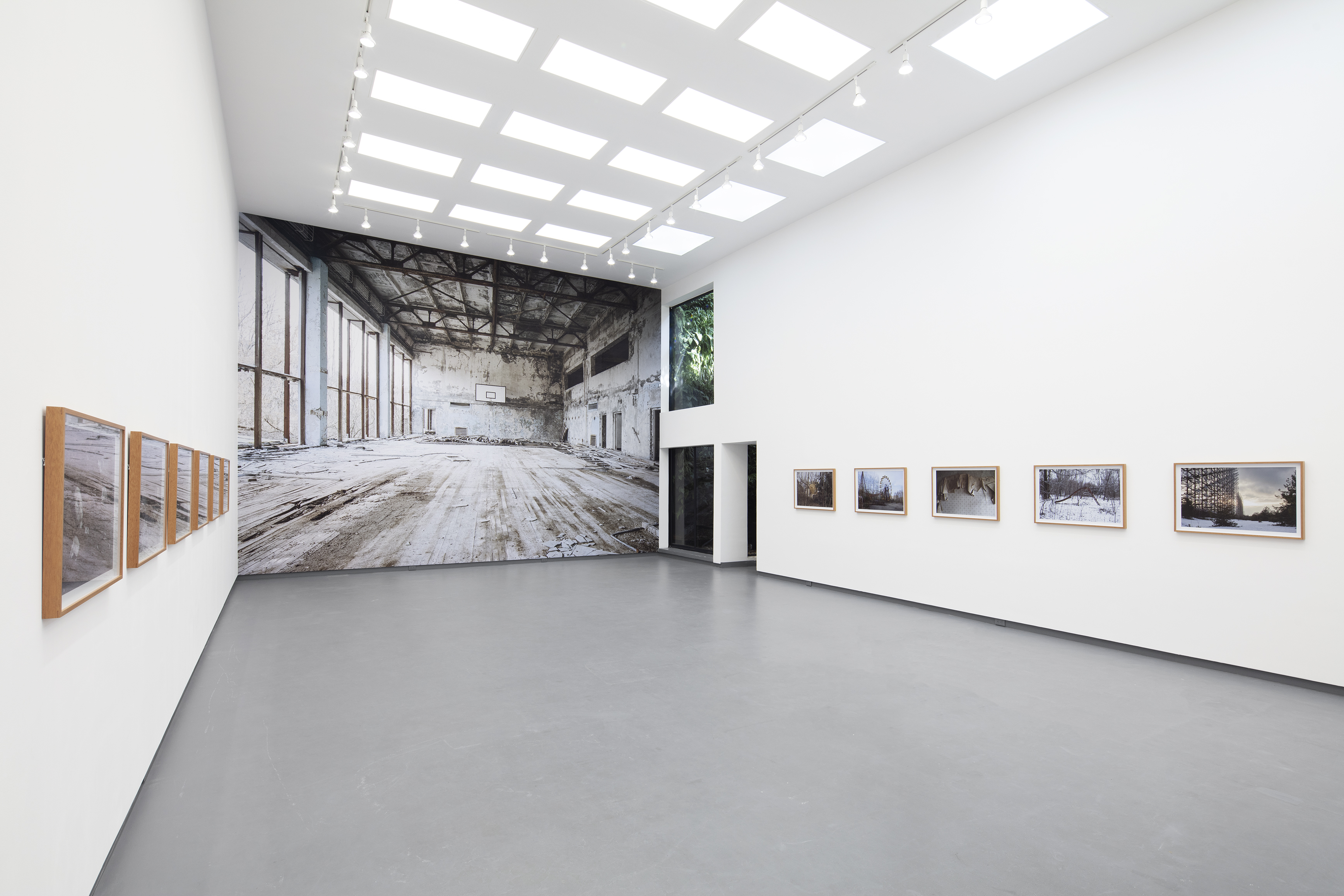 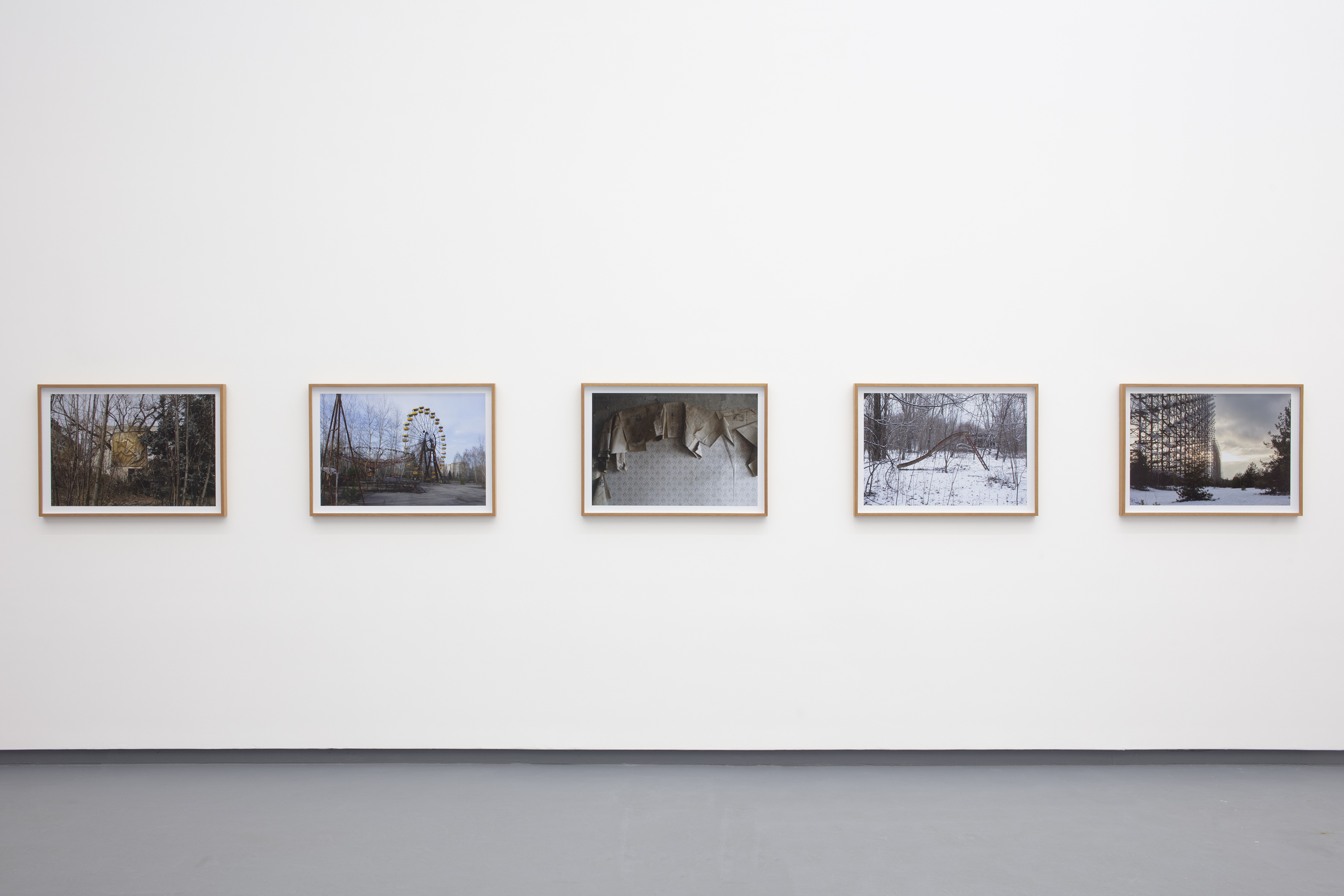 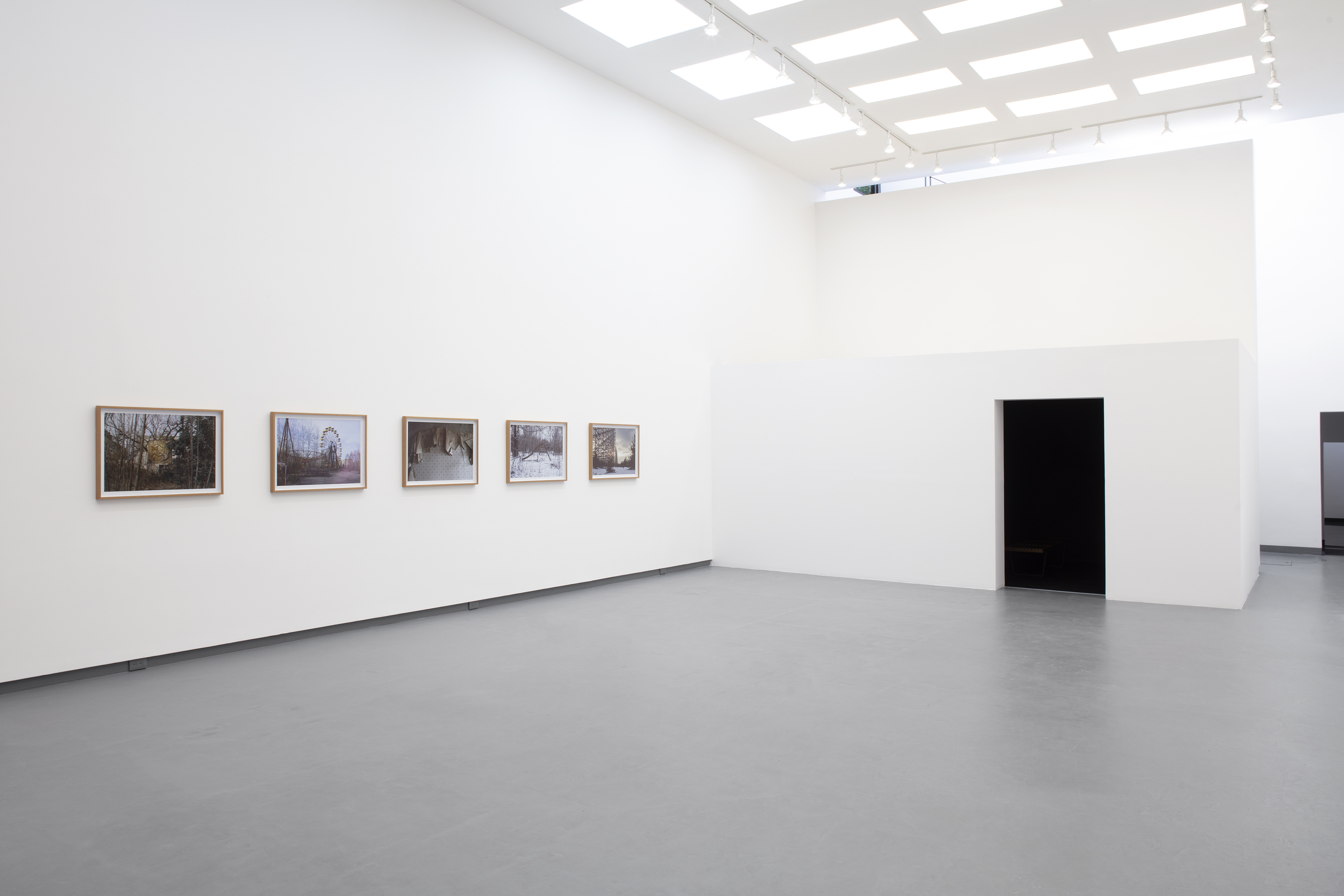 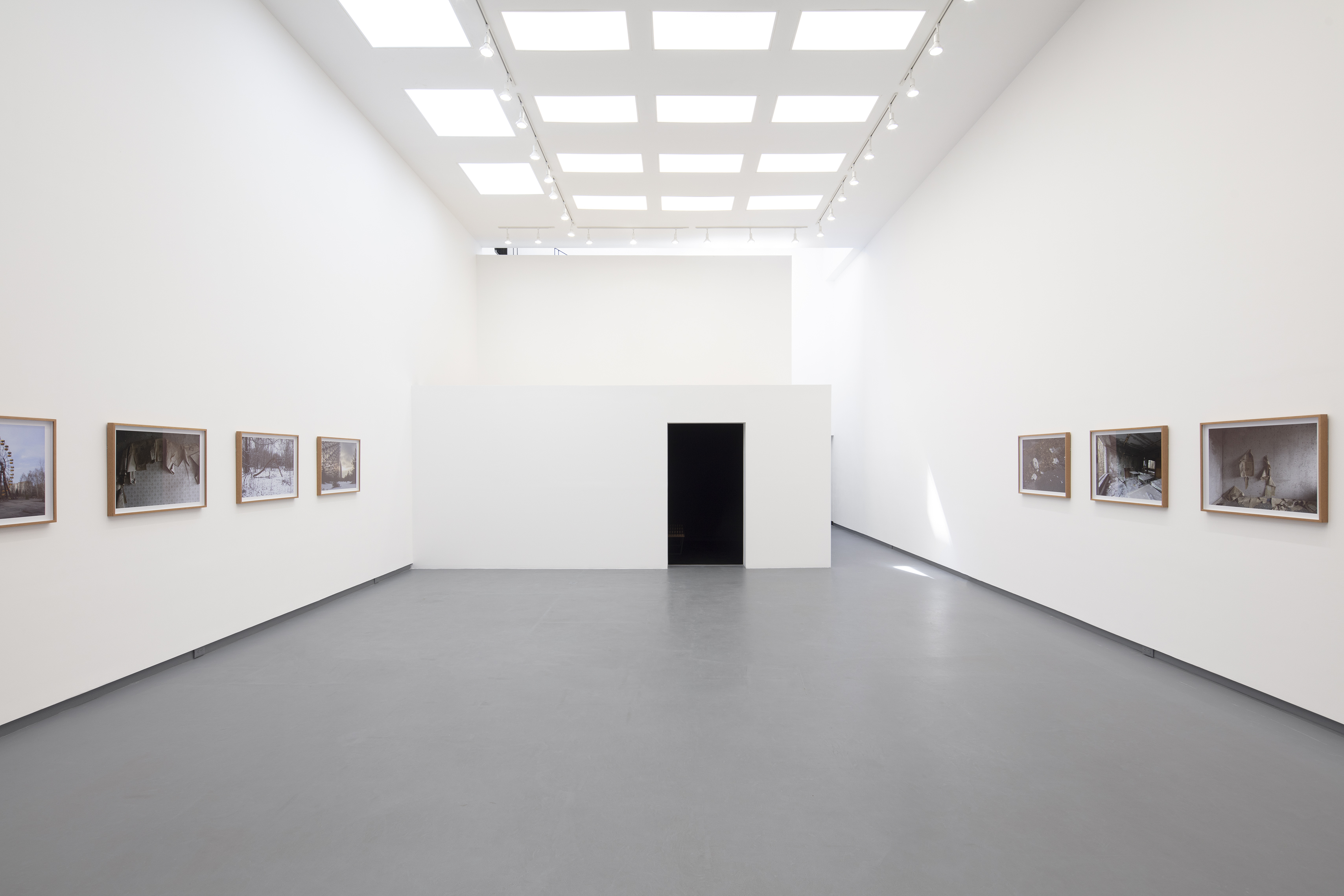 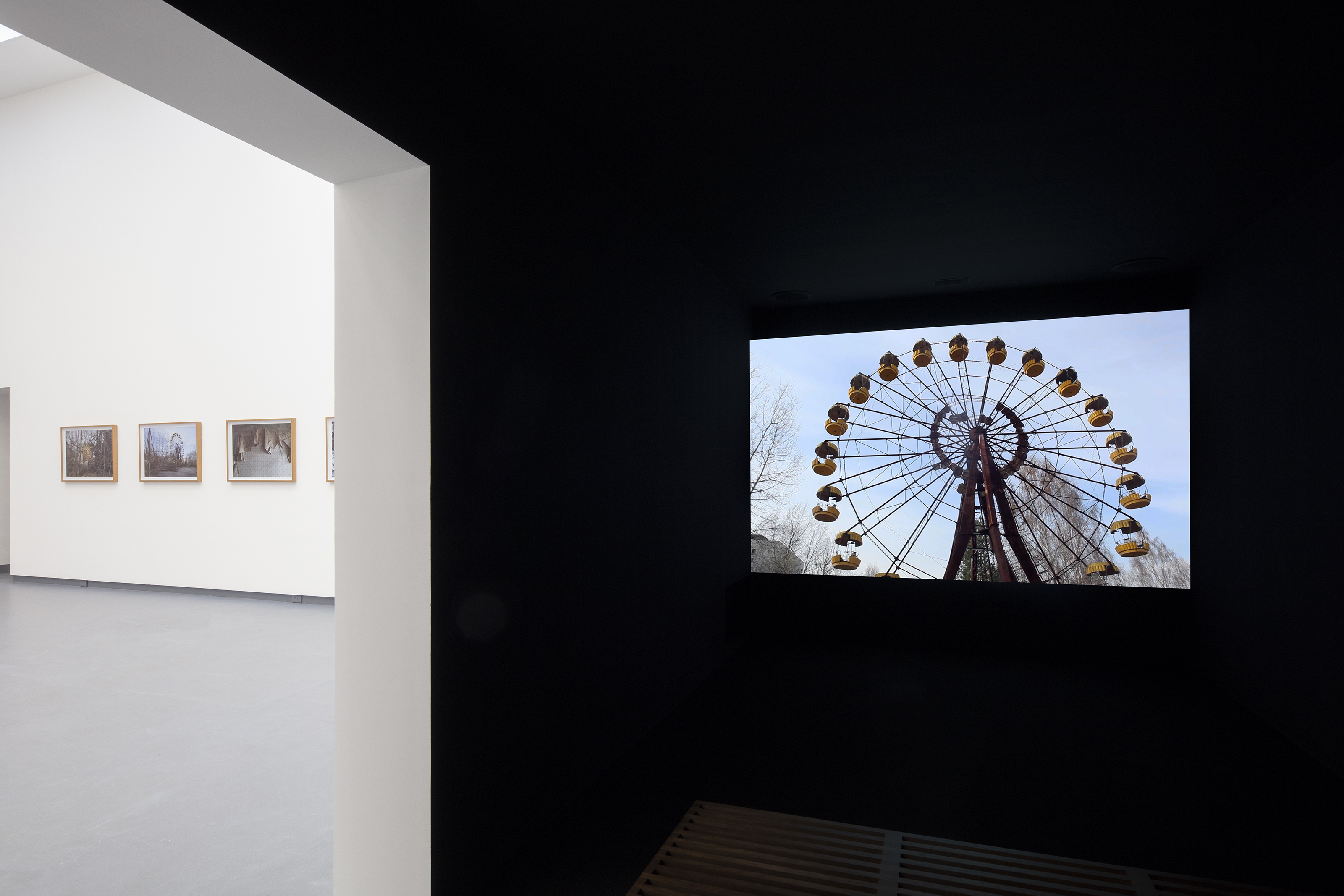 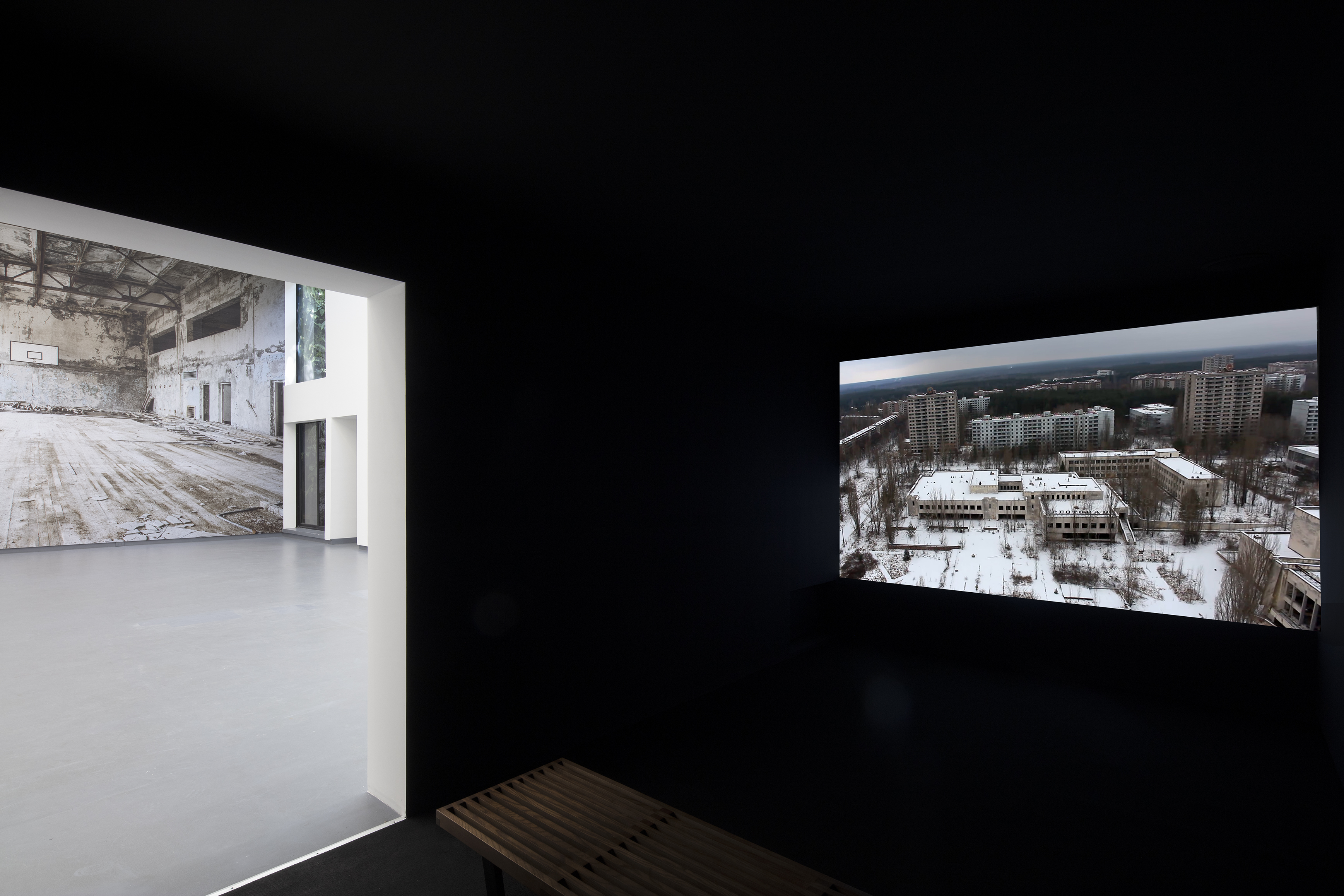 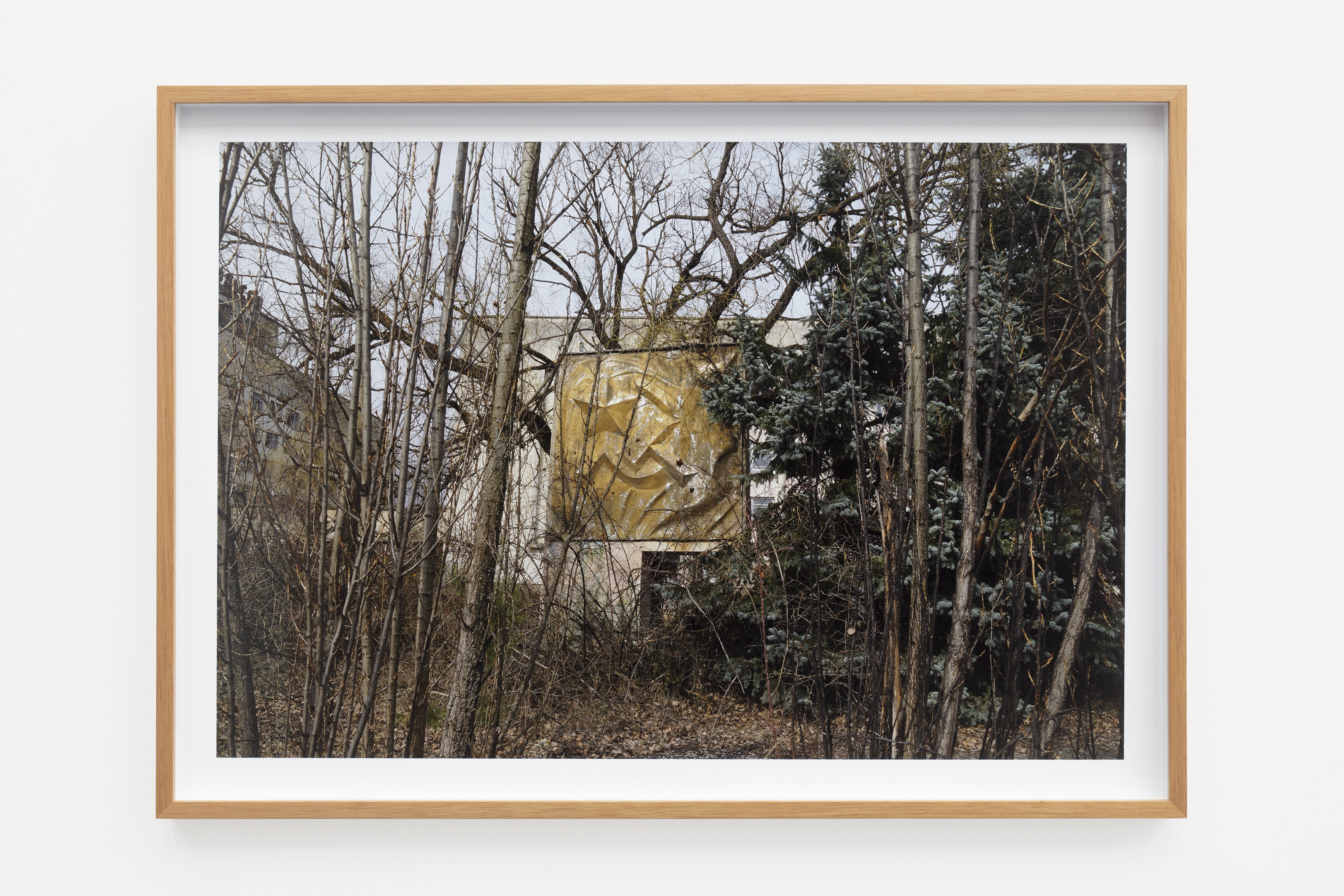 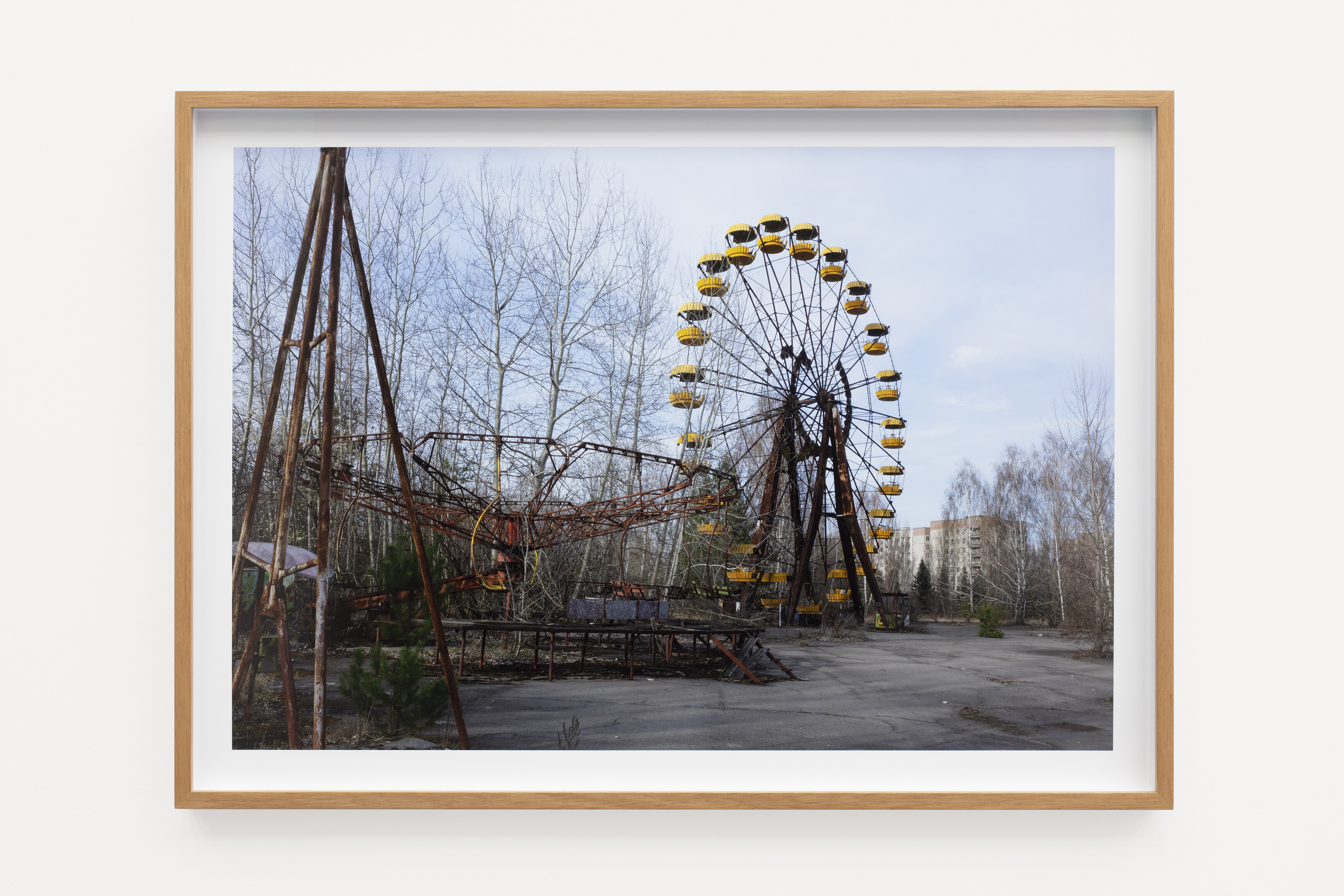 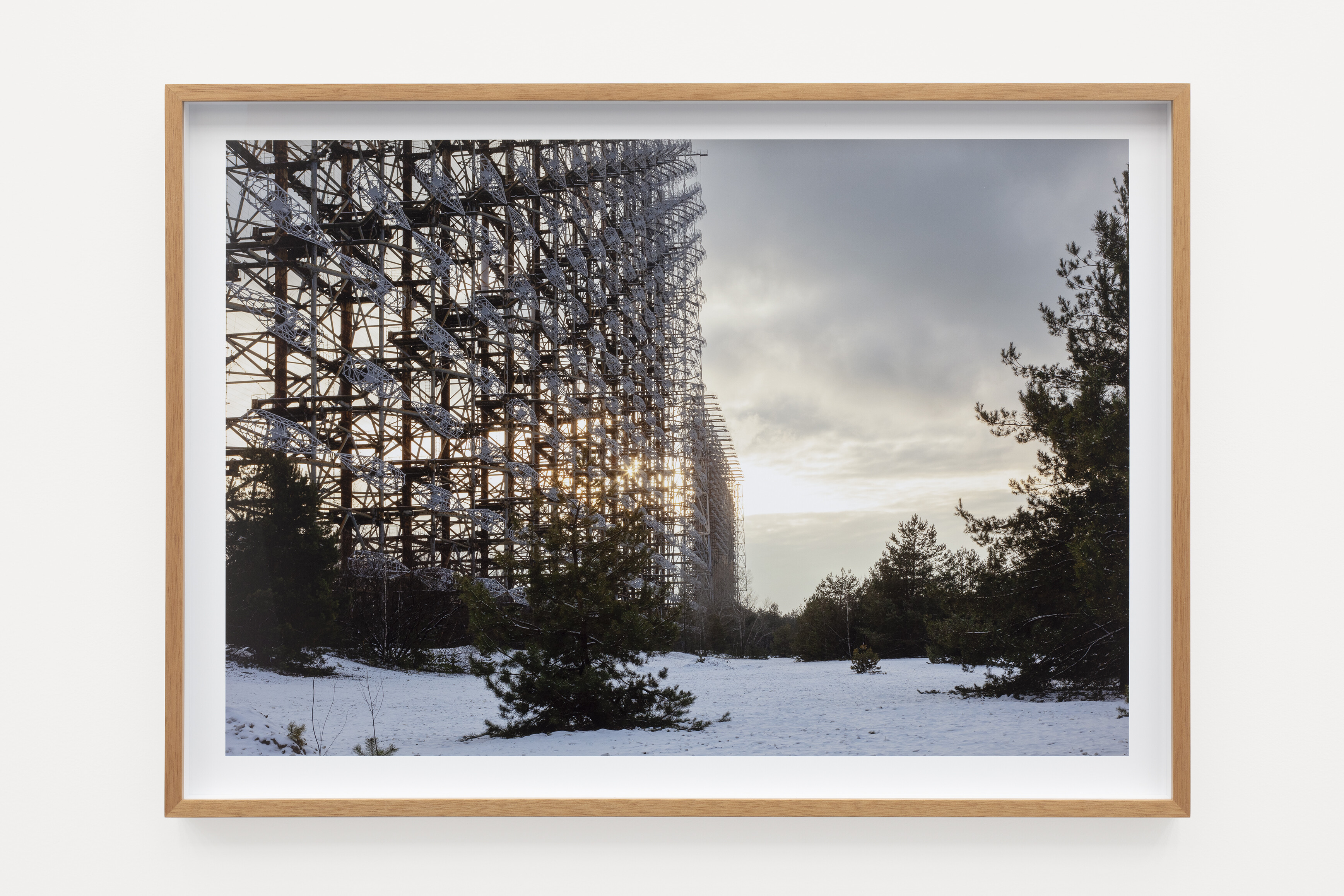 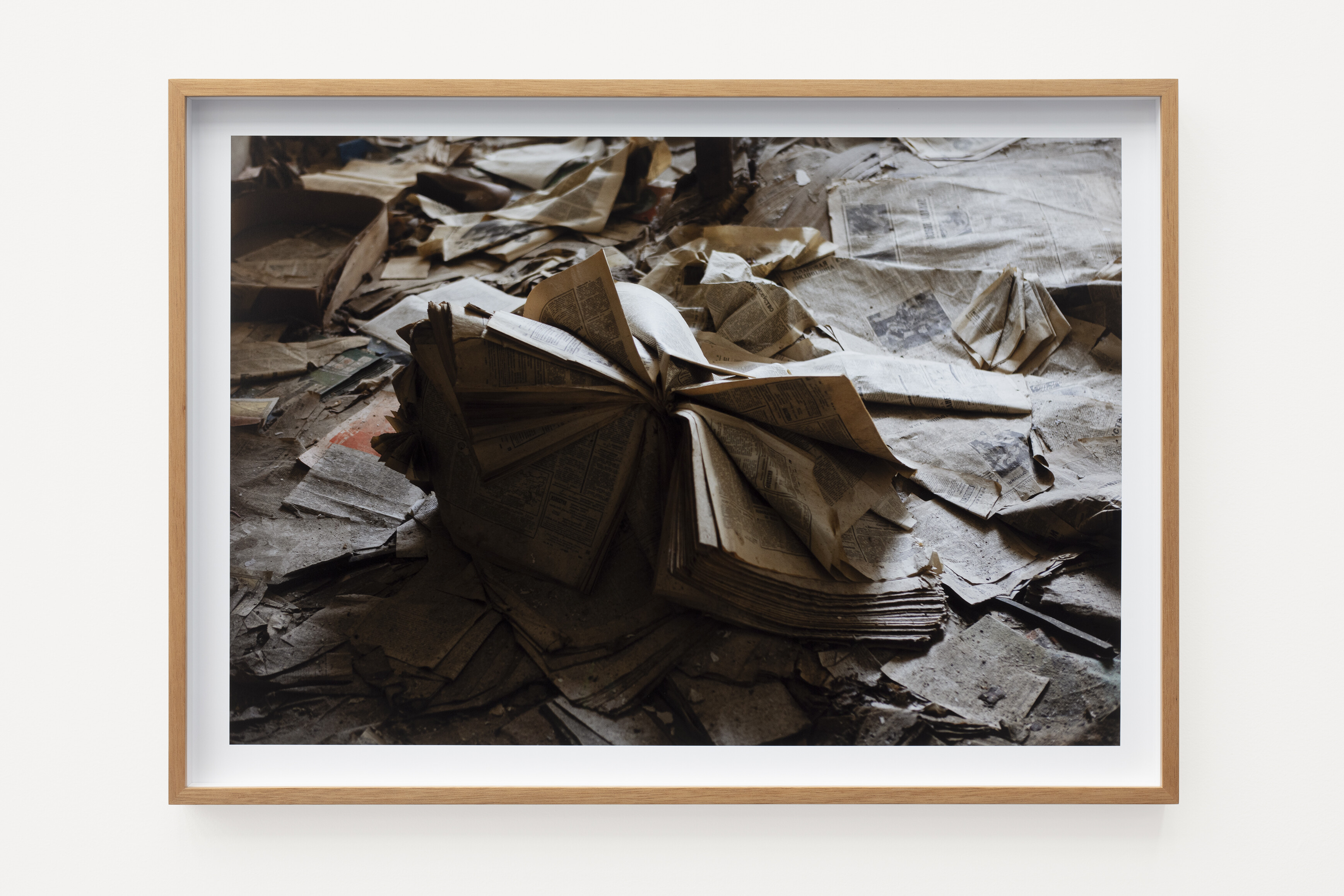 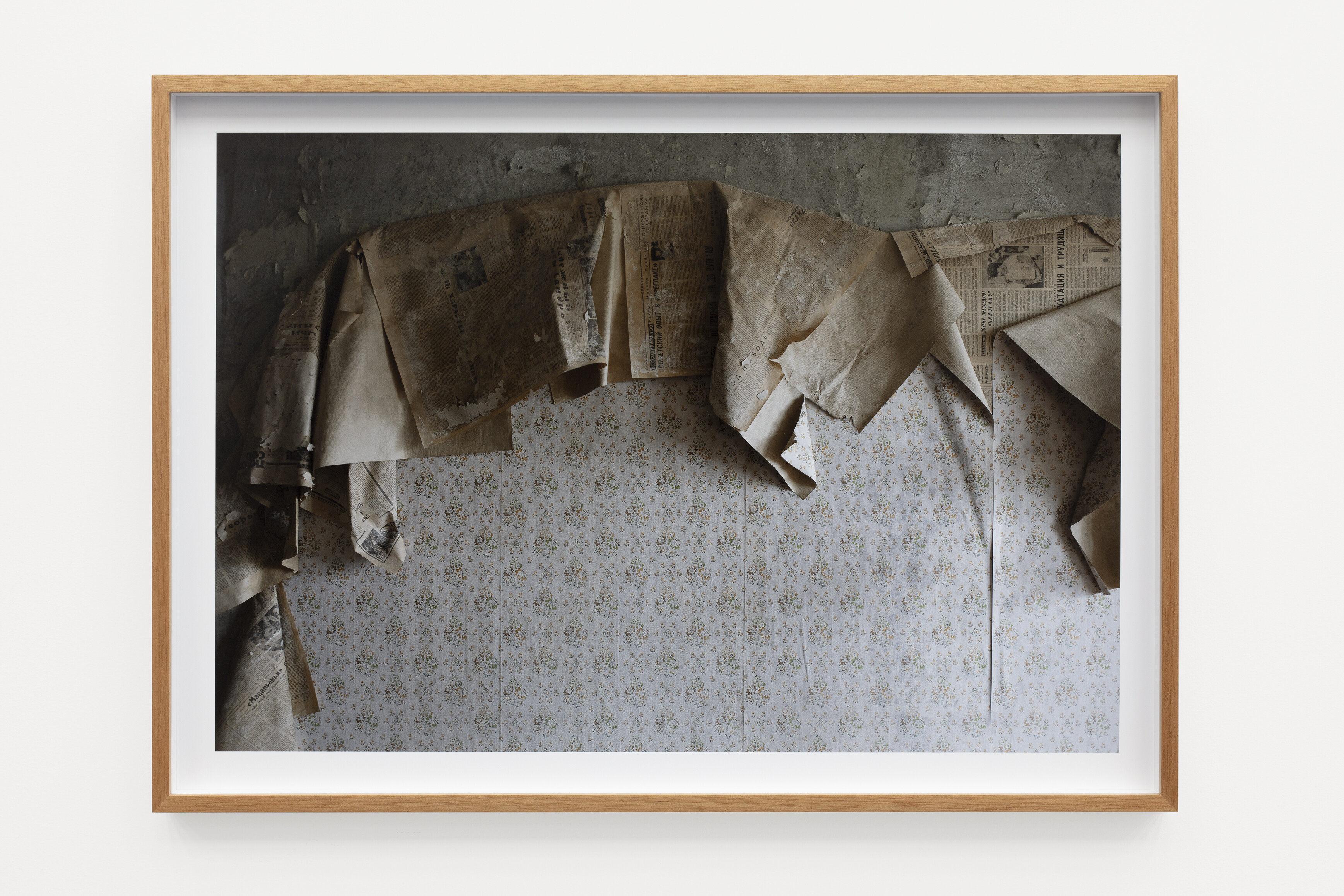 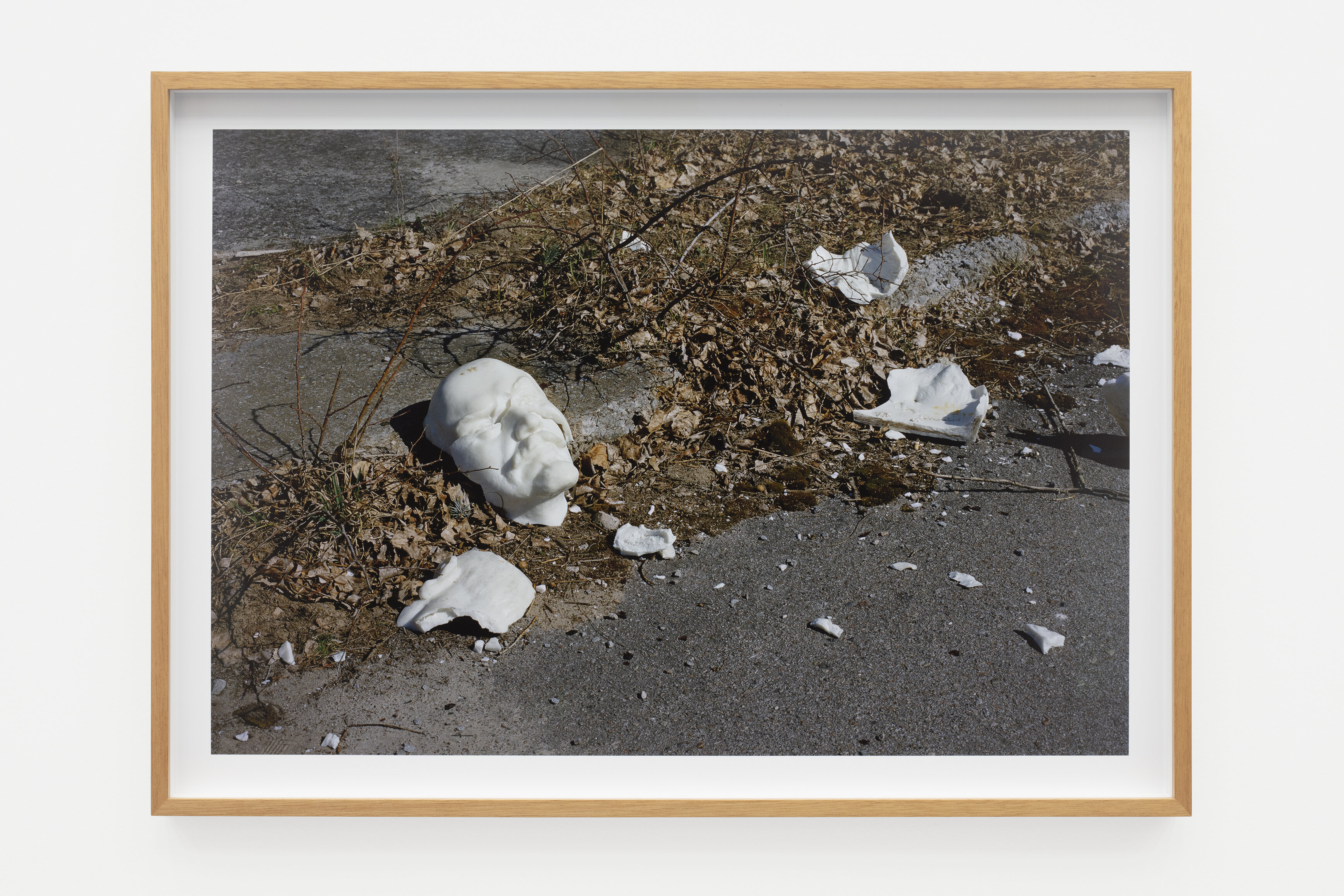 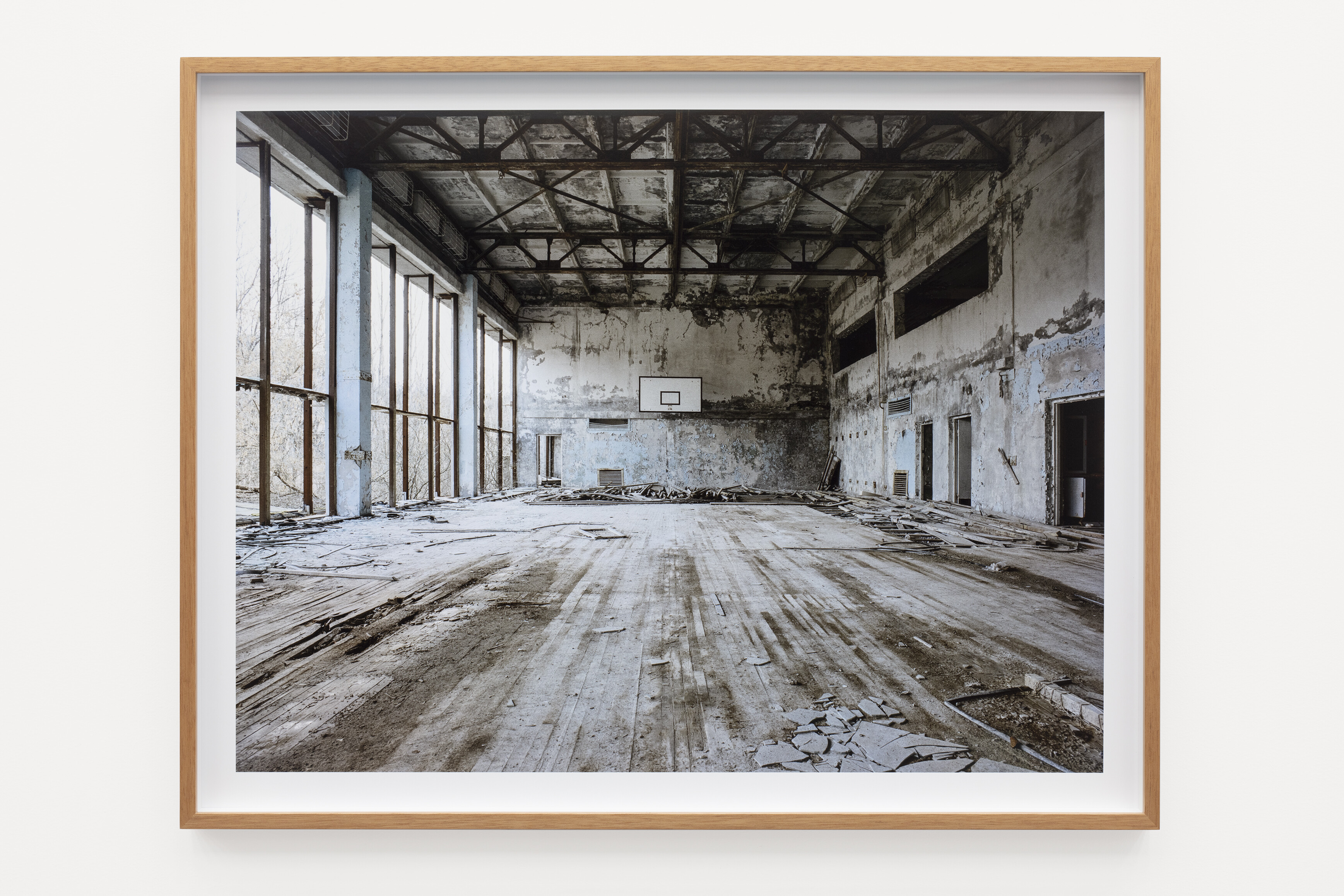 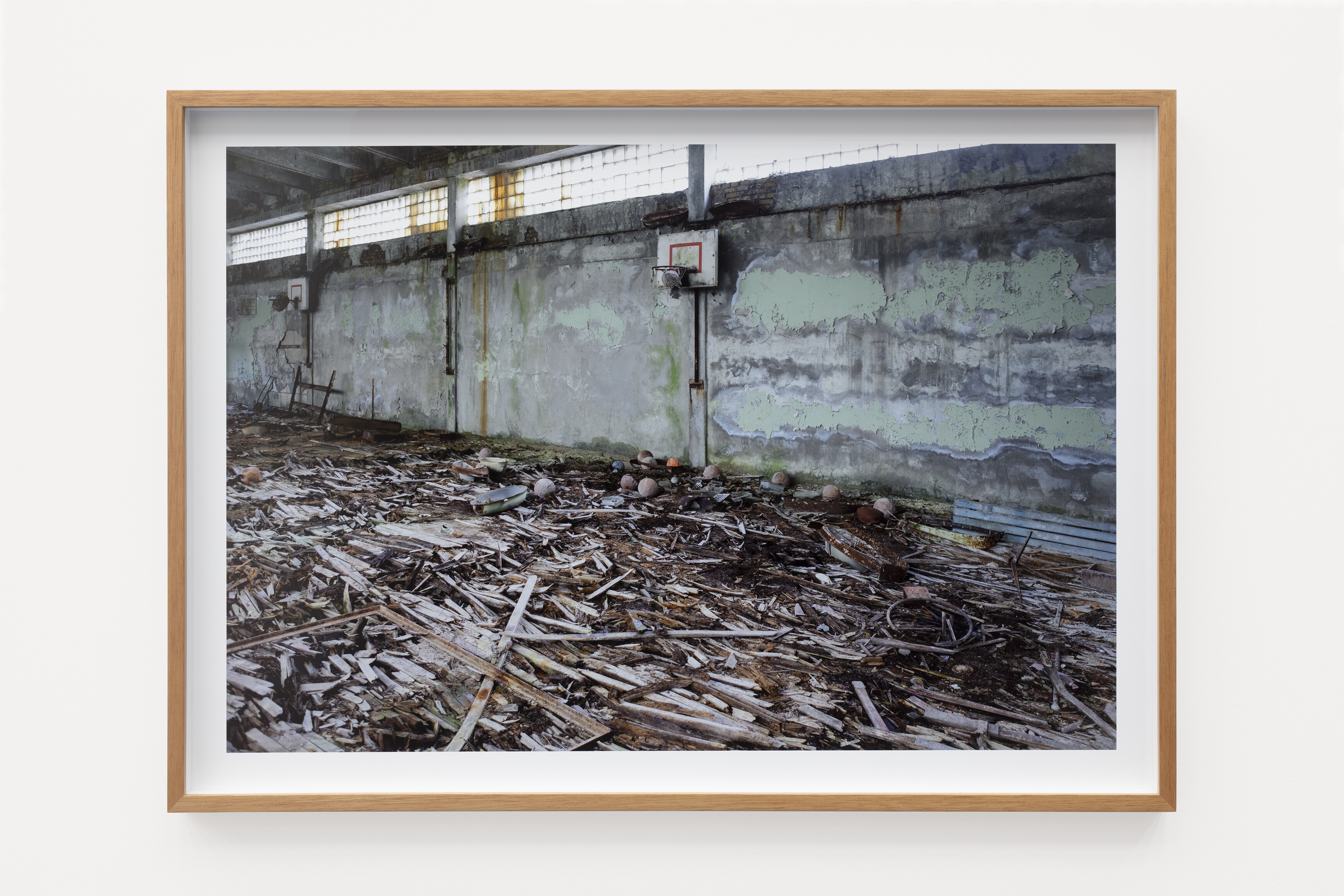 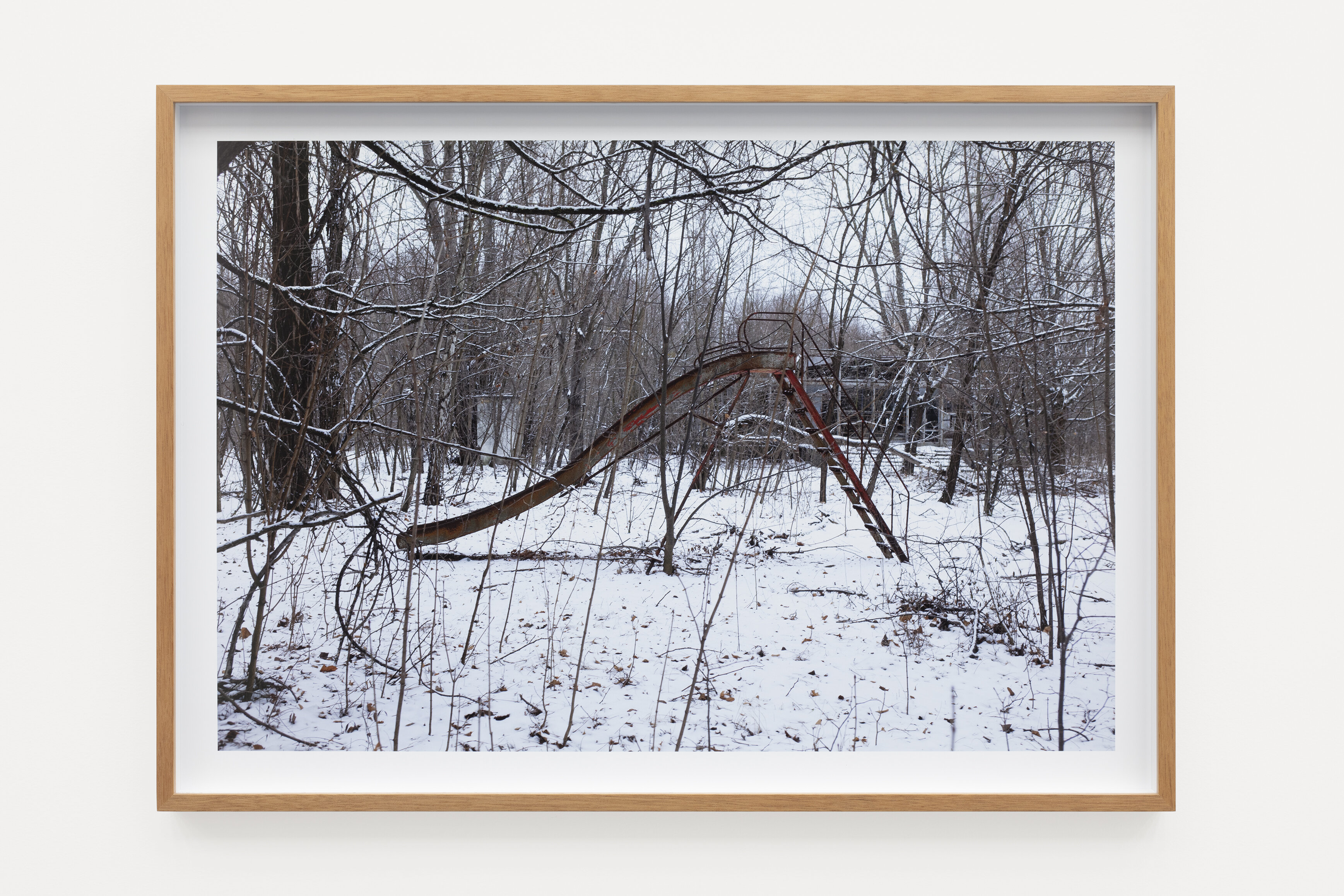 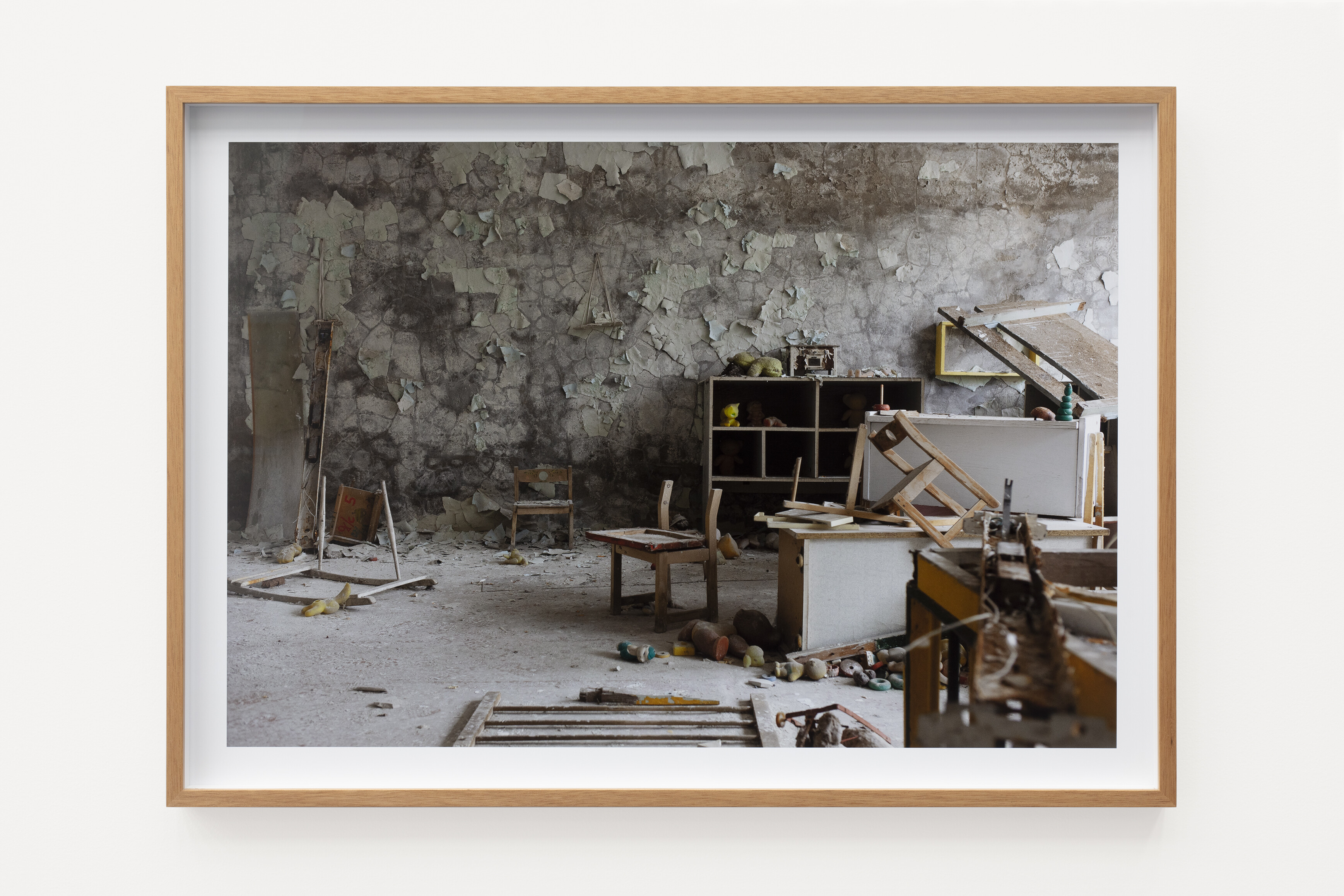 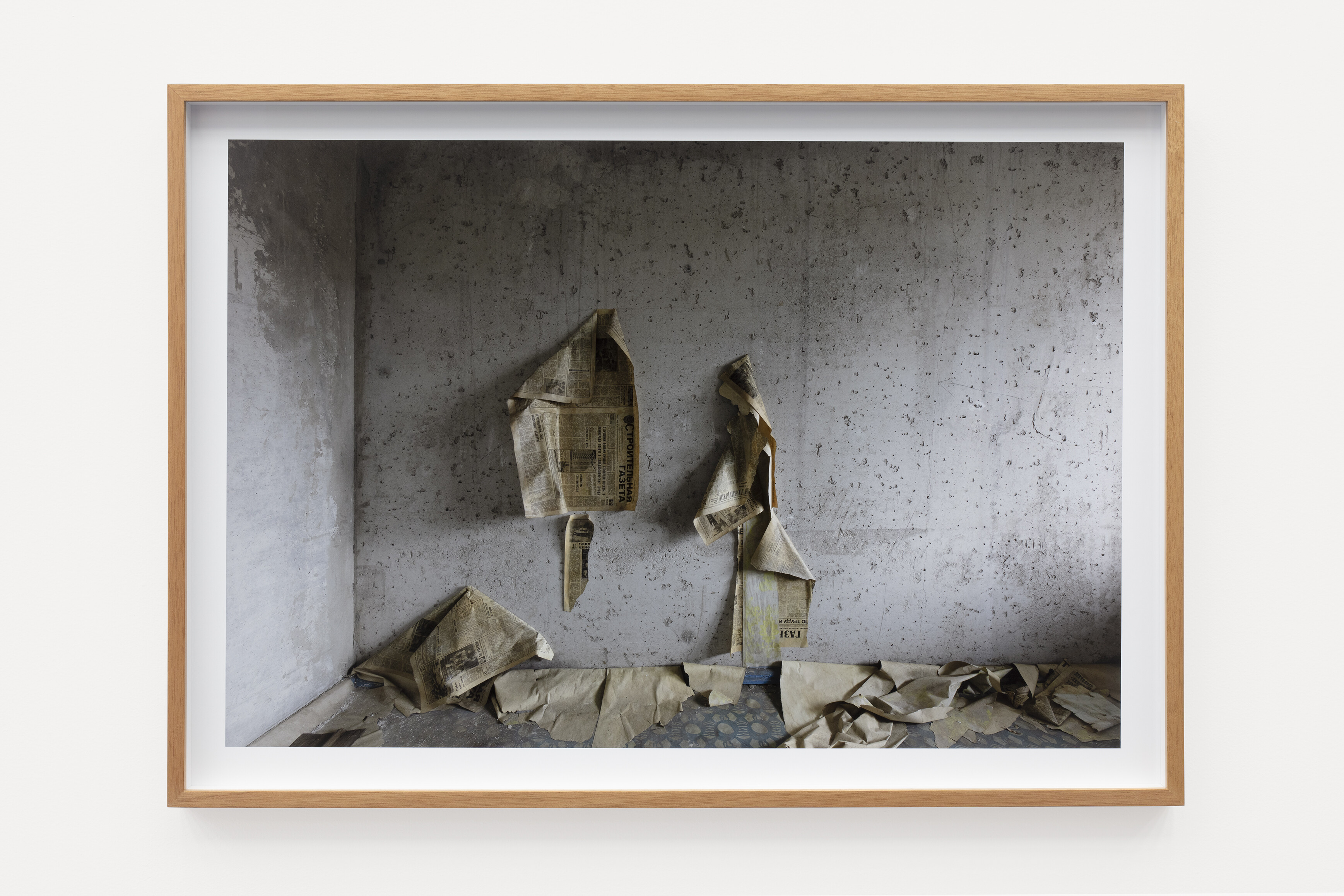 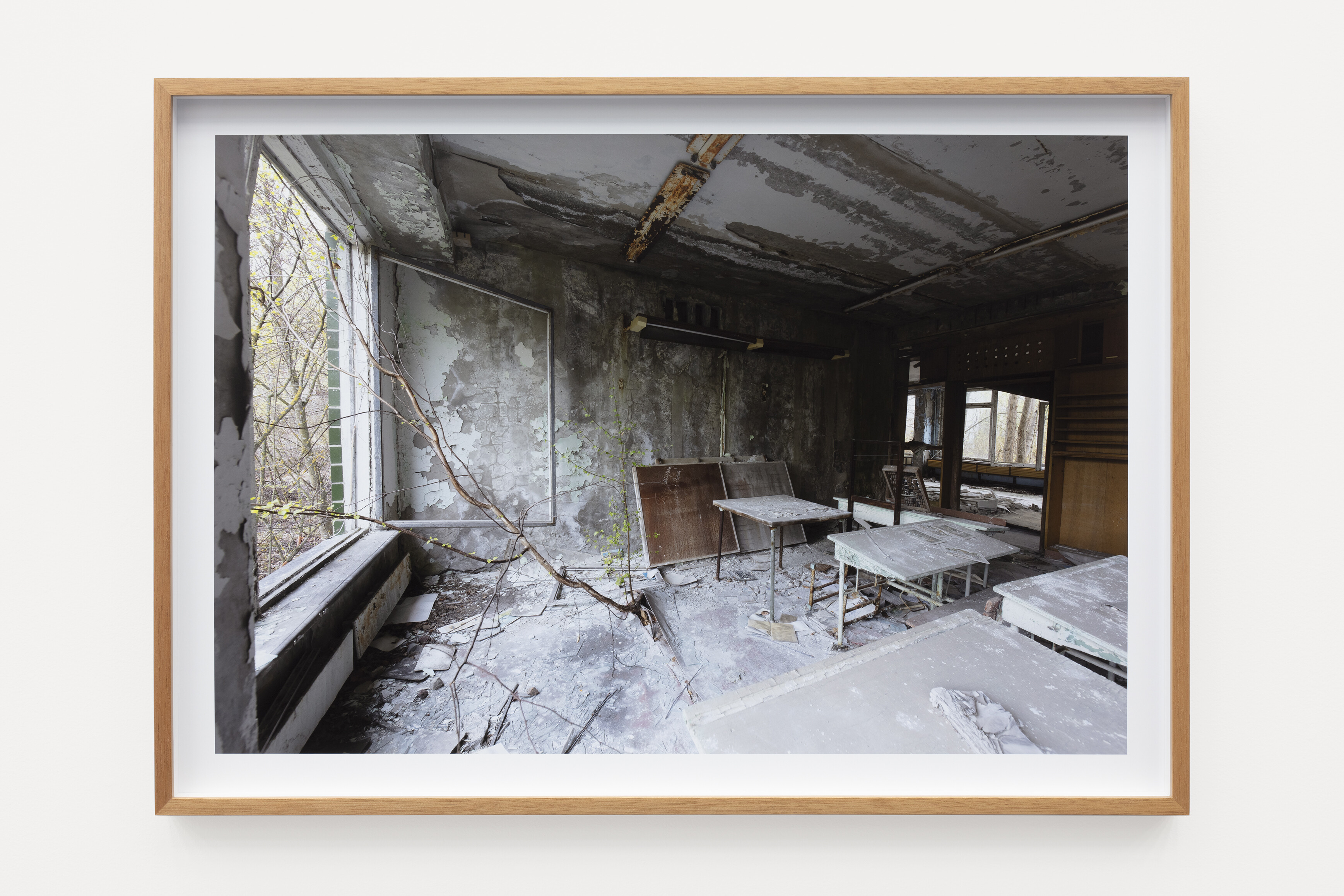 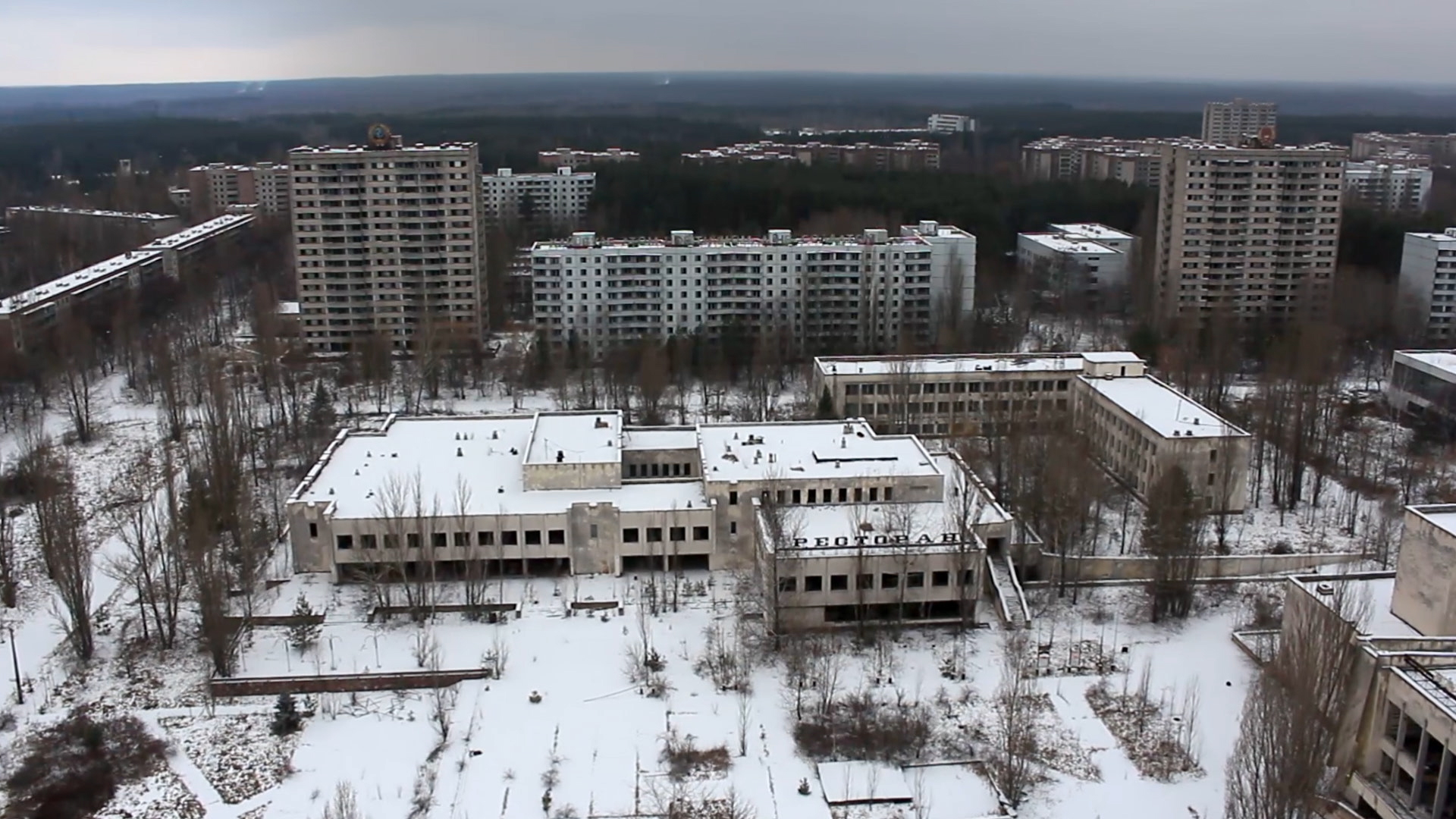