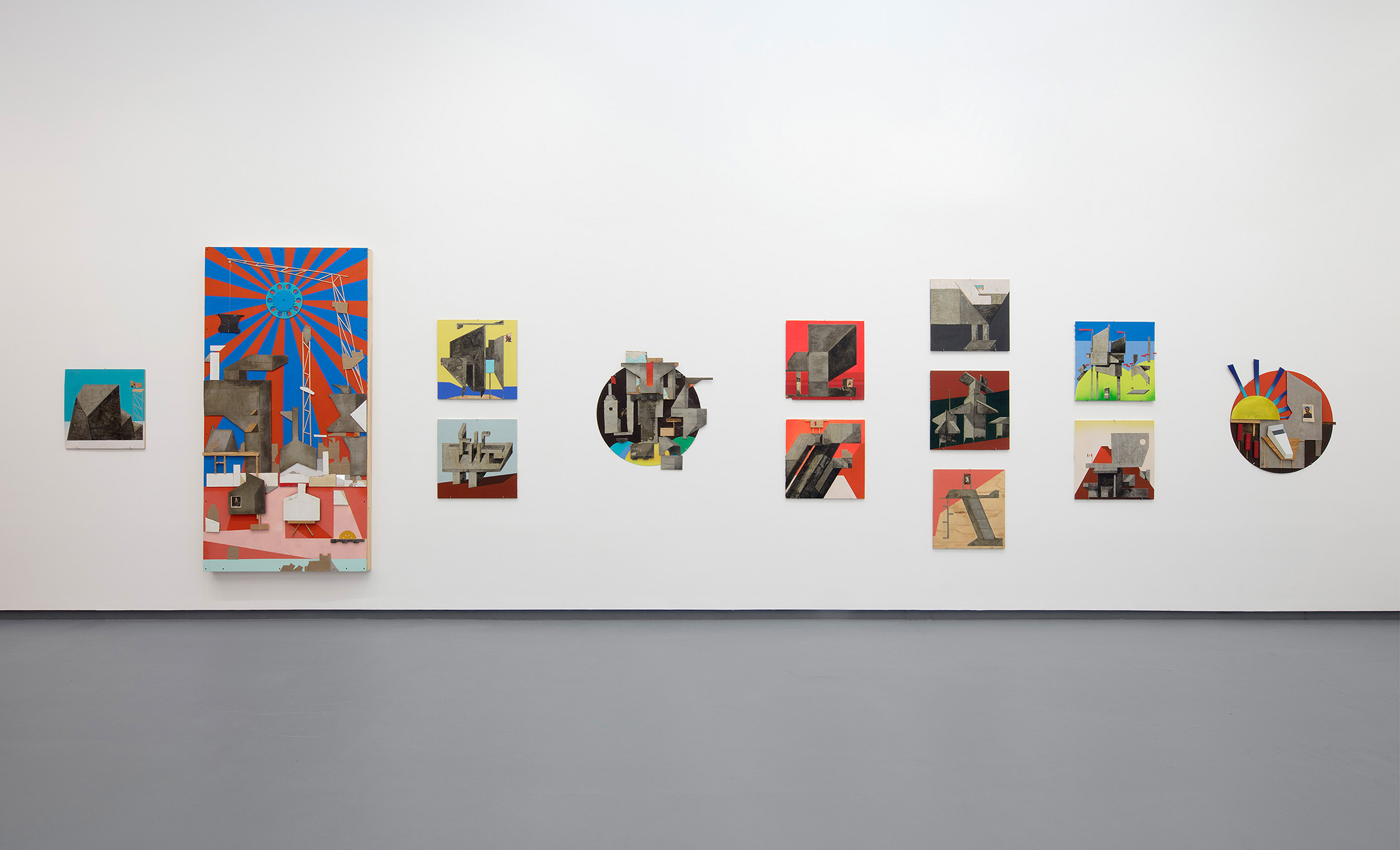 The importance of being self-sufficient

What is the importance of being self-sufficient if not to learn how to be useful to others?

A key strategy for the consolidation of Soviet power during the first part of the 20th century was the prolific production of children’s literature which, following the Bolshevik moral and ideological code, instilled work habits, learning of technical skills and the assimilation of foundational historical events through play, as well as the suppression of the fantastical character in its themes and illustrations as it was considered of little use for the revolutionary formation of the Soviet child.

Within this line of thought, works such as We build from cardboard (A. Leptev, 1932) and Politecnican Young (ND Belayanov / VP Nardashev, 1931) attract attention, in which the predetermined goals for the child population of the then emerging dictatorship of the proletariat can be clearly observed: Self-sufficiency, love of labor, collectivization!

The first offers a series of cut-out models to assemble, representing the most important industries of the Soviet five-year plan, in order to familiarize students with their future workplace and create in them a sense of appreciation of the effort of the workers of their homeland on a small scale. The second example proposes a series of images that illustrate models of houses that the common Soviet could build with his own hands and with those of his community. Harmonious human beings.

Both examples are useful to offer a friendly reading framework for the presented works and to establish a comparative point between the recognition of the diverse and perverse ideological distortions reflected in the vernacular architecture of the different socioeconomic stages of Mexican history, and the substantial appropriations and exchanges with the USSR commonly exoticized. This can be observed in the origin of Slacker, the first socialist party in Mexico whose highest point, beyond the socialist education achieved during Cardenismo, is in the experiments of the rationalist school of the LUZ group, where, similar to the Soviet model and adequate to the particularities of the country, they promoted self-sustaining social and economic development strategies in their school textbooks, such as the inclusion of manuals for planting tomatoes.

Paradoxically, these actions - added to the Latin American religious (colonial) worldview - were clotting the revolutionary work of mysticism, so that the once integral and pragmatic figure of the communist, was transformed into a sort of "abominable saint" who, attacked by the vanity and desires for apotheosis, renders itself melodramatically immutable. As does Fidel, the character developed by José Revueltas in Los Días Terrenales, who prefers to let his own daughter, Bandera, die and rot out of indifference, and whose smell of decomposition could be ignored because according to him, “life is full of much more serious and momentous things ”; for example, the use of the money collected for the girl's funeral in the timely delivery of communist propaganda and the sending of more pamphlets to the province of Espartaco.

Examples of ideological perspectives distorted by the context are those that, as a social group, have prevented us from seeing the class struggle in its complexity and scientific dimension, whose immediate experience is closer to the literal interpretation of the expression We build from carboard than of the great monuments. Thus, the conquest of the neighborhoods and the provisional or self-directed construction can be read as the crudest and at the same time the authentic face of Mexican socialism, which in some cases has found perverse glory in precariousness supported by arithmetic ideological principles; as well as the reincarnation of Mao for the Shining Path, the amplifiers made with pieces of Soviet radios, the X-ray drum patches of Eskoria in Sta. Clara (Cuba) and the Ultrametal in Medellín.

Thus our shared history takes place between irregular concrete blocks whose accumulations and strident angles recall with a certain irony and discouragement the monumental Brutalist constructions - indeed, more brute- that blur all traces of stylistic neatness, in exchange for a miscegenation between the dream of the common good and aspirations for self-sufficiency.

So now, these paintings, through the use of constructive and residual materials, appear as a common thread between the first dreams of Soviet children's books and the constructive spaces regularly pigeonholed into dysfunctionality, ugliness and romantic ideations about the "architecture of the people".

The importance of being self-sufficient is a space for the historical reconsideration of the convulsive aspirations of human groups that, overtaken by a disastrous reality, chose to dilute and permeate, through the "social ceilings”, certain practical knowledge, such as the modest knowledge about flattening and the use of concrete, acquired during adolescence (in the style of Politecnican Young: Housing) while my brothers and I (sometimes reluctantly) helped my parents build the family home. 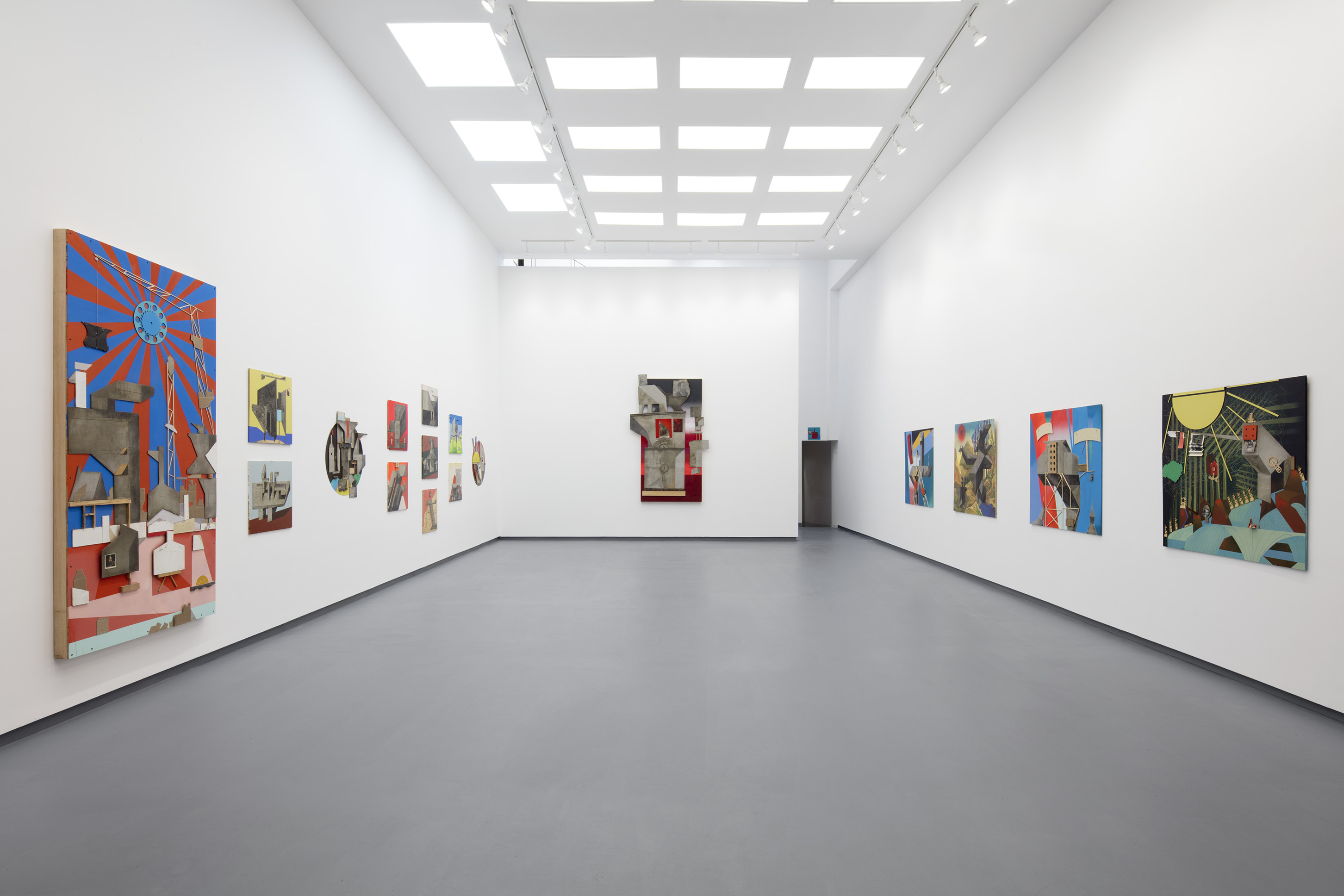 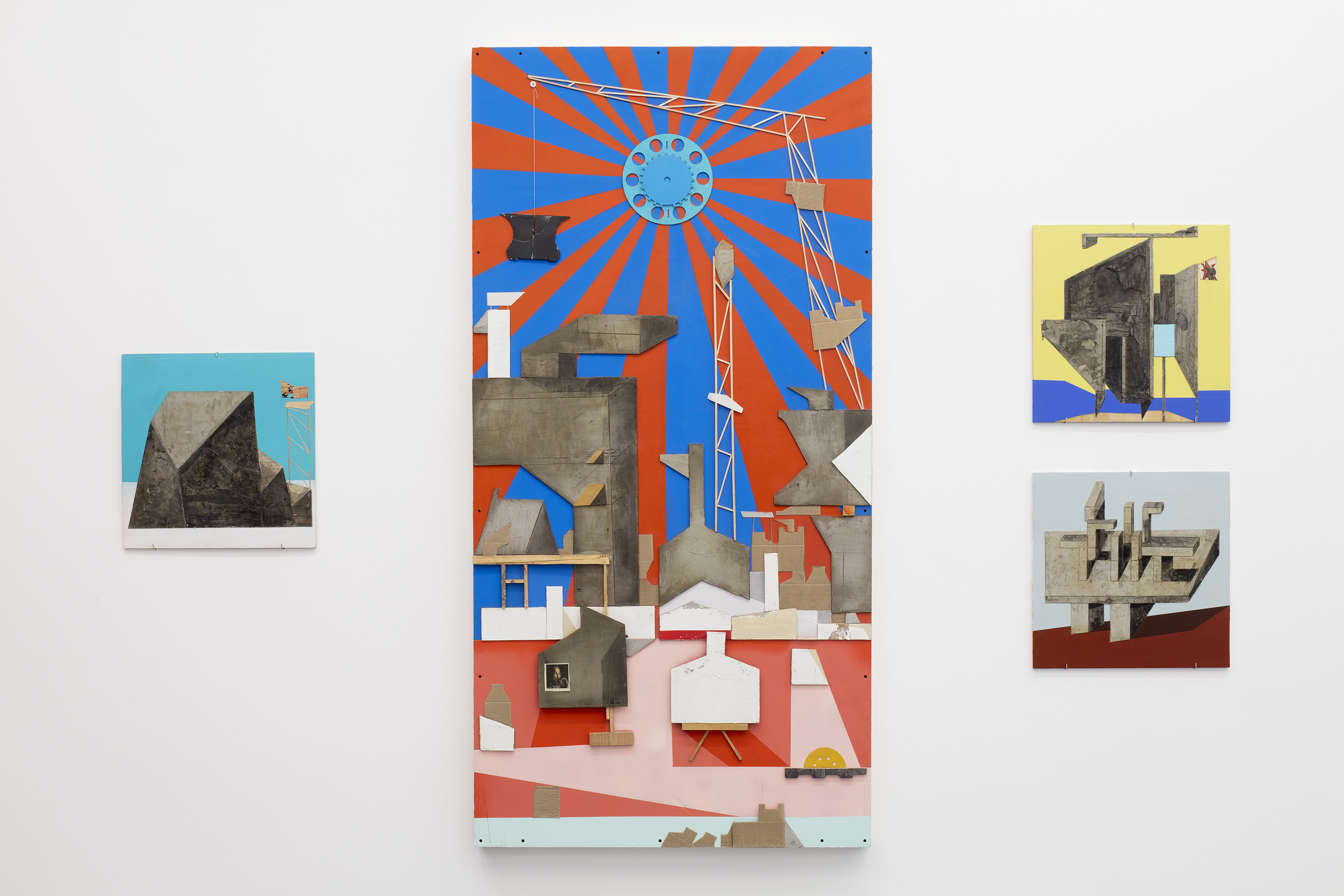 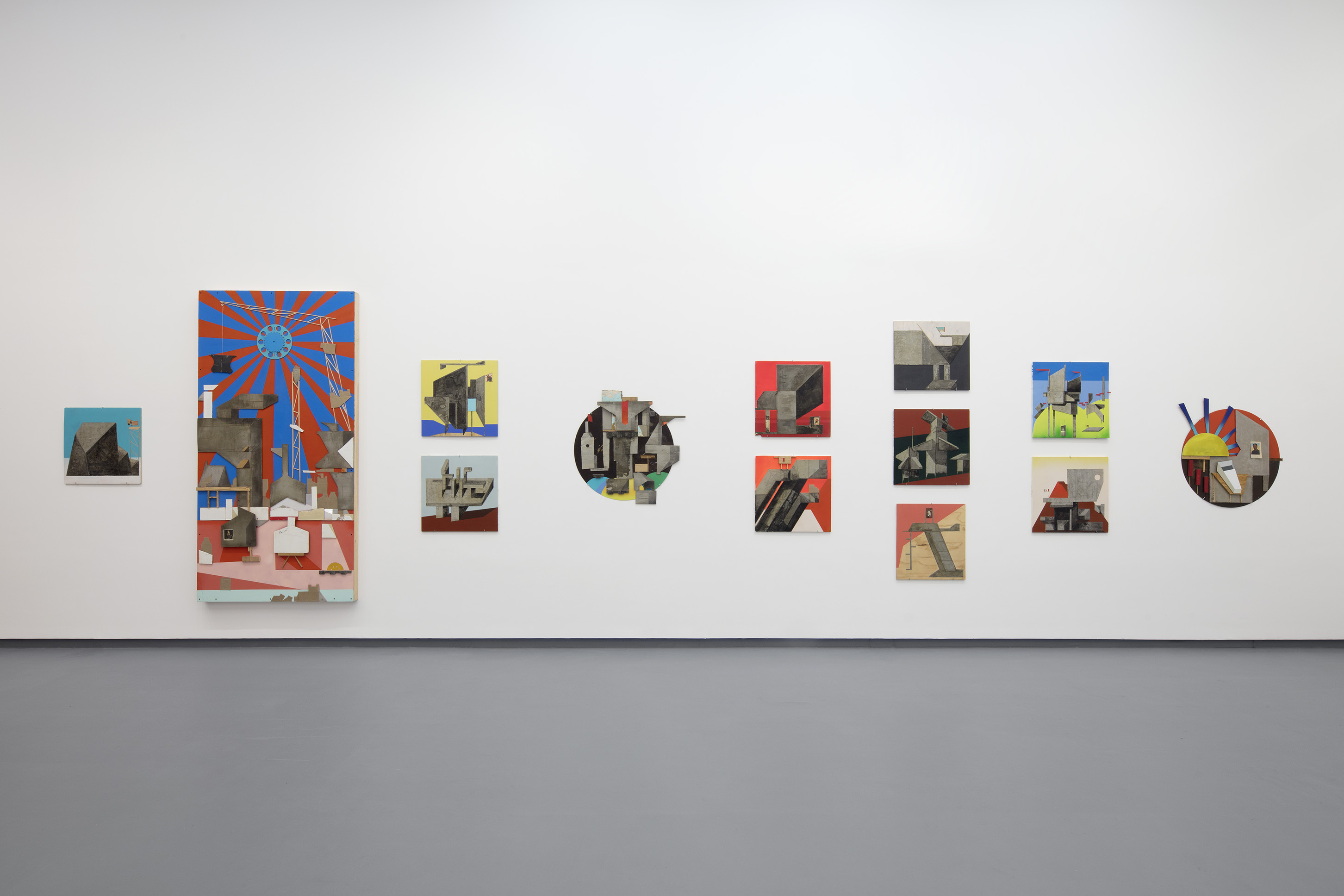 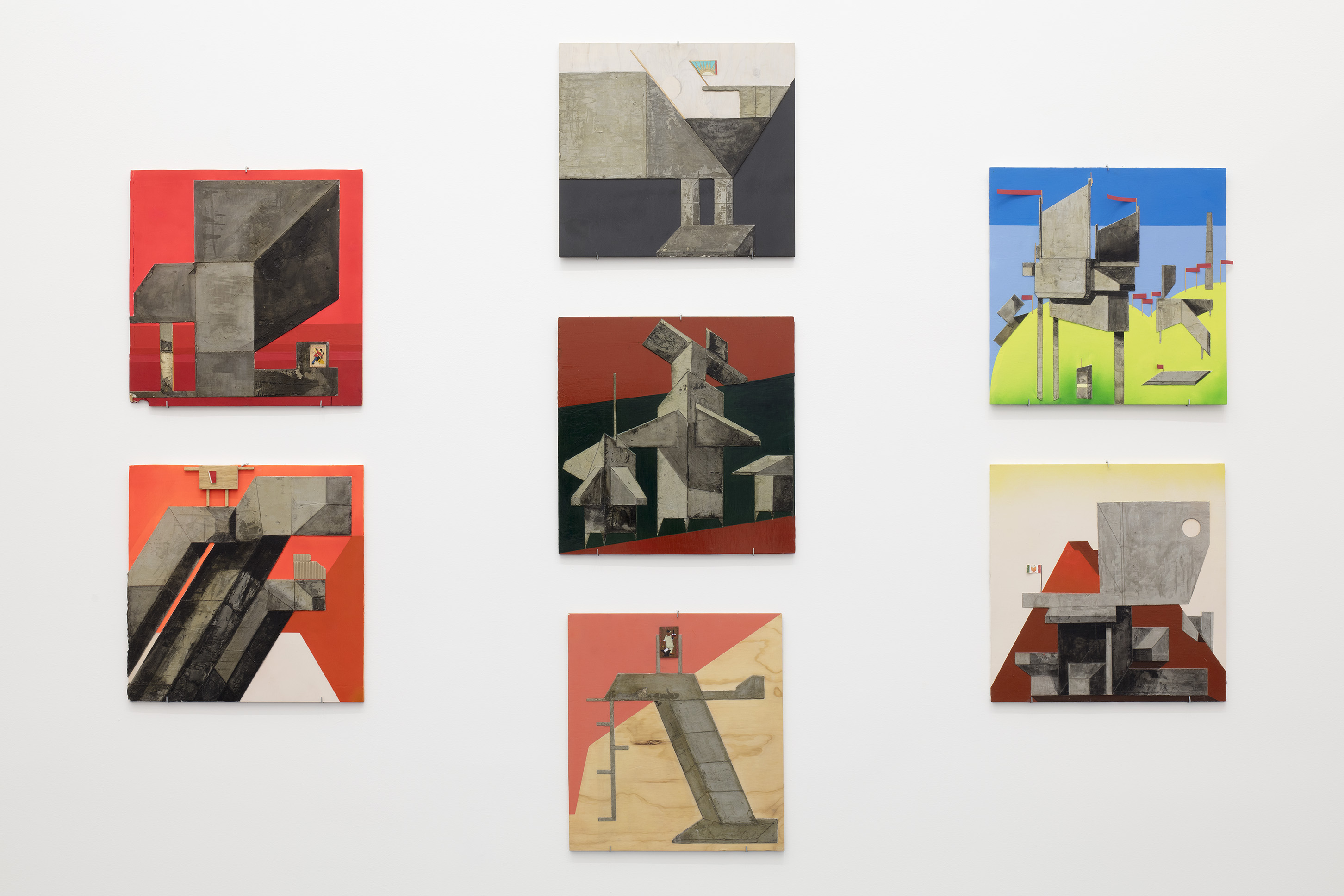 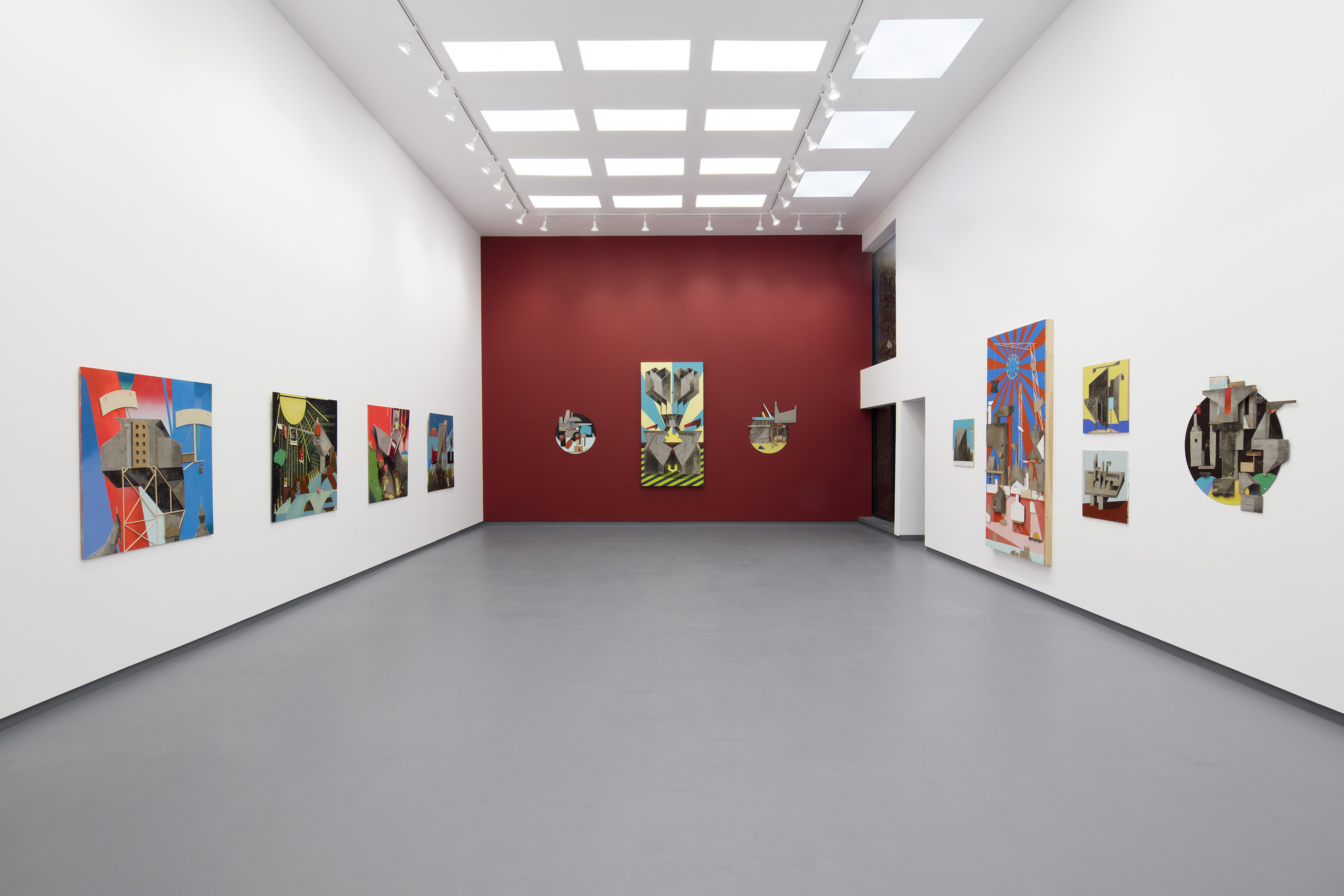 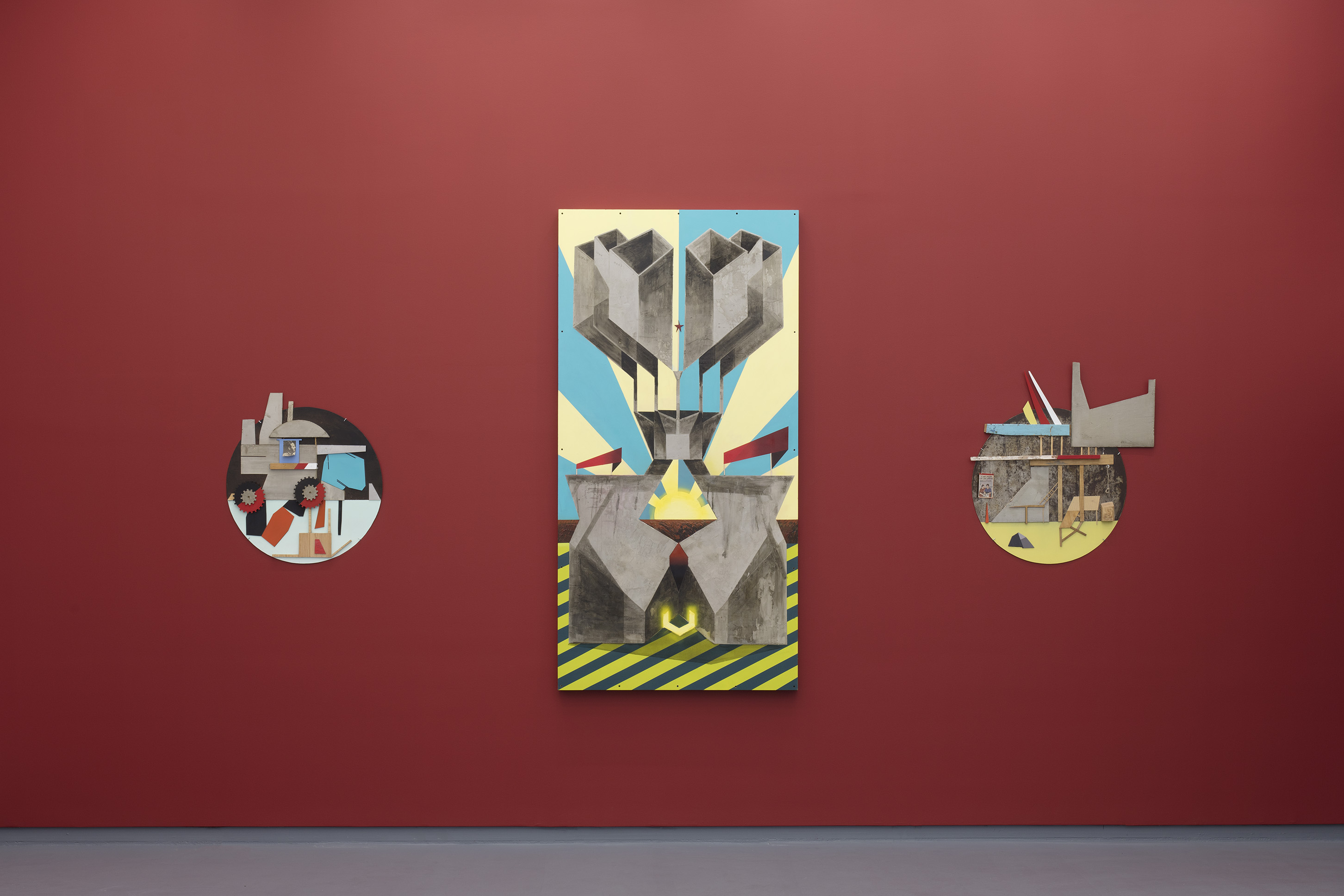 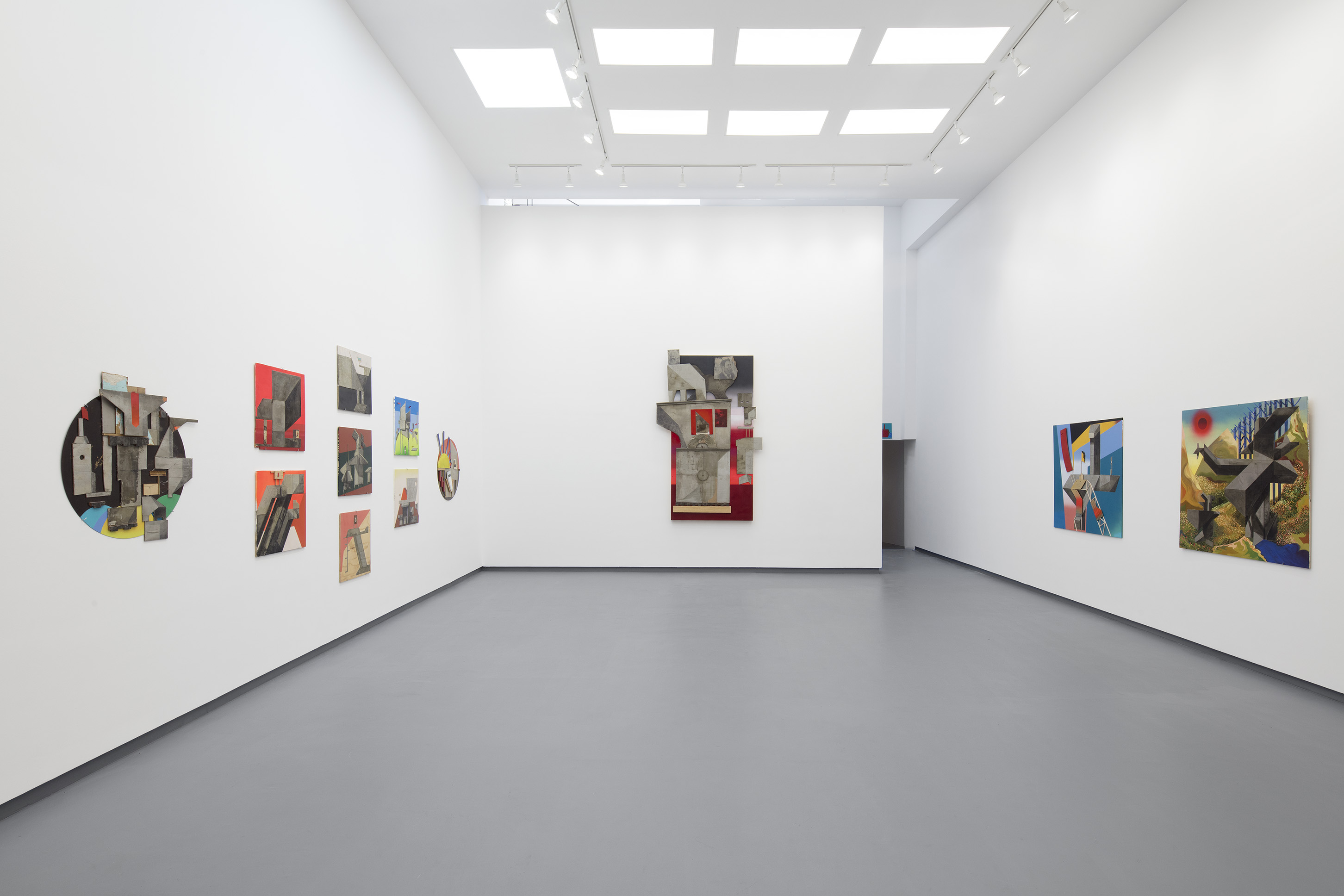 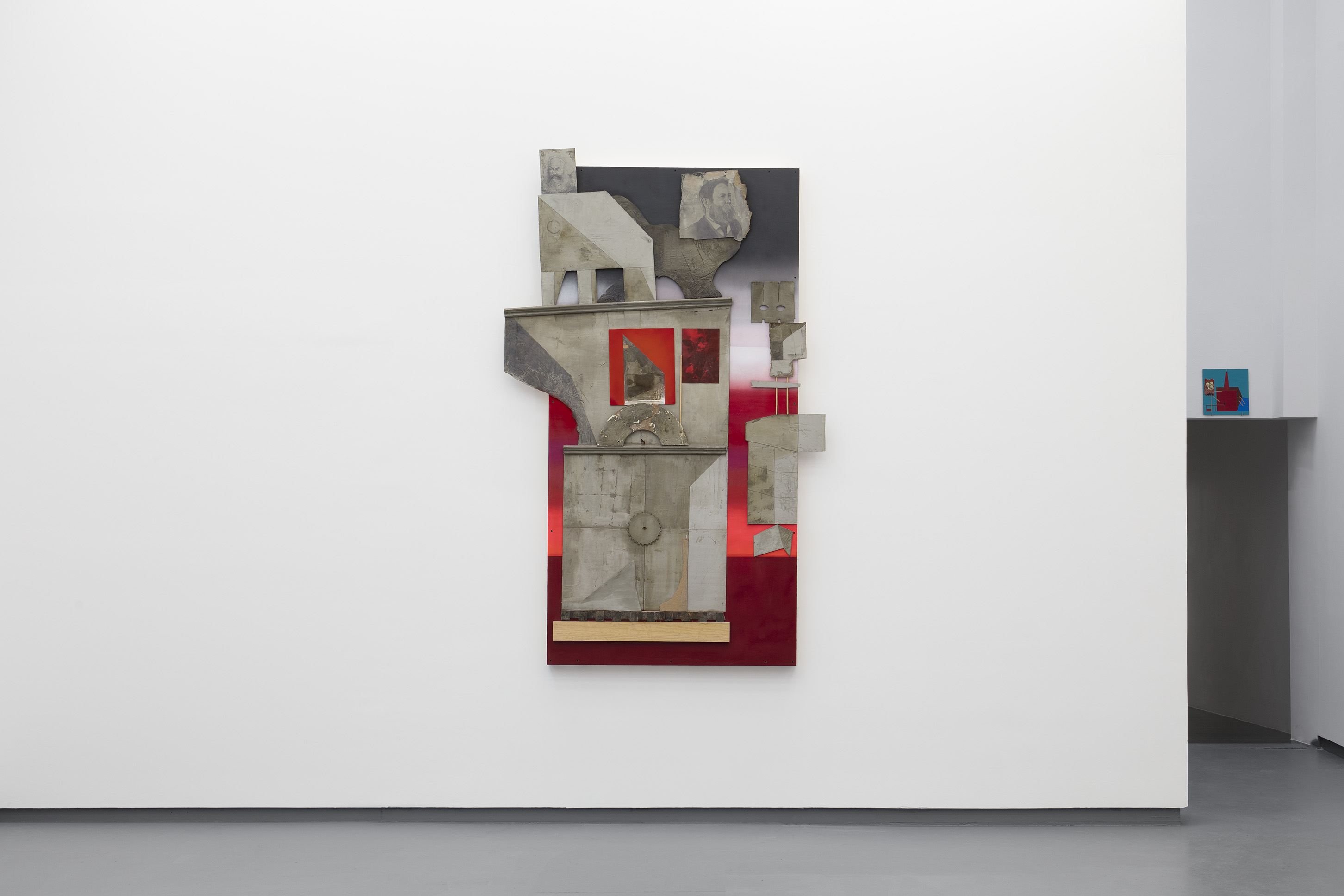 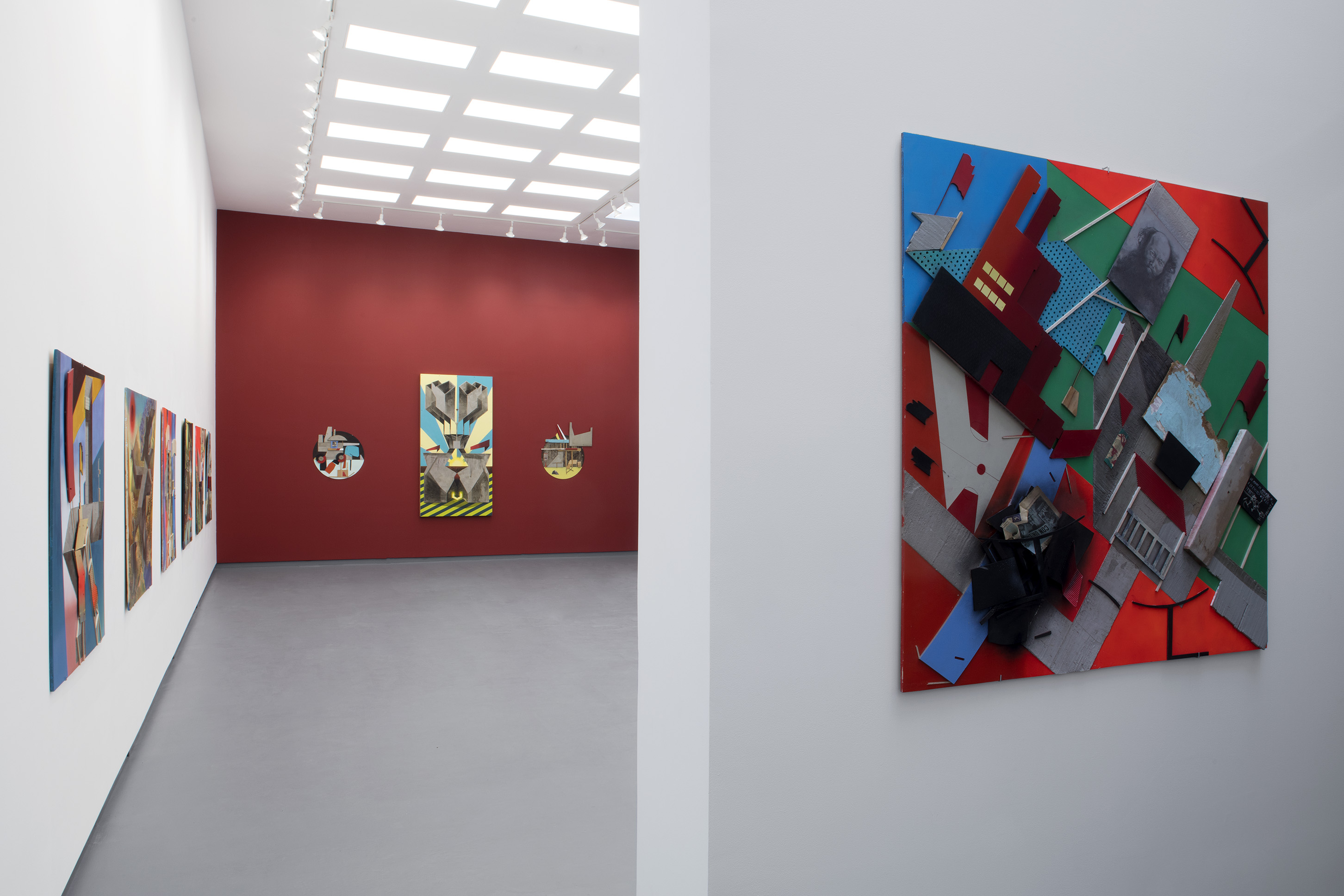 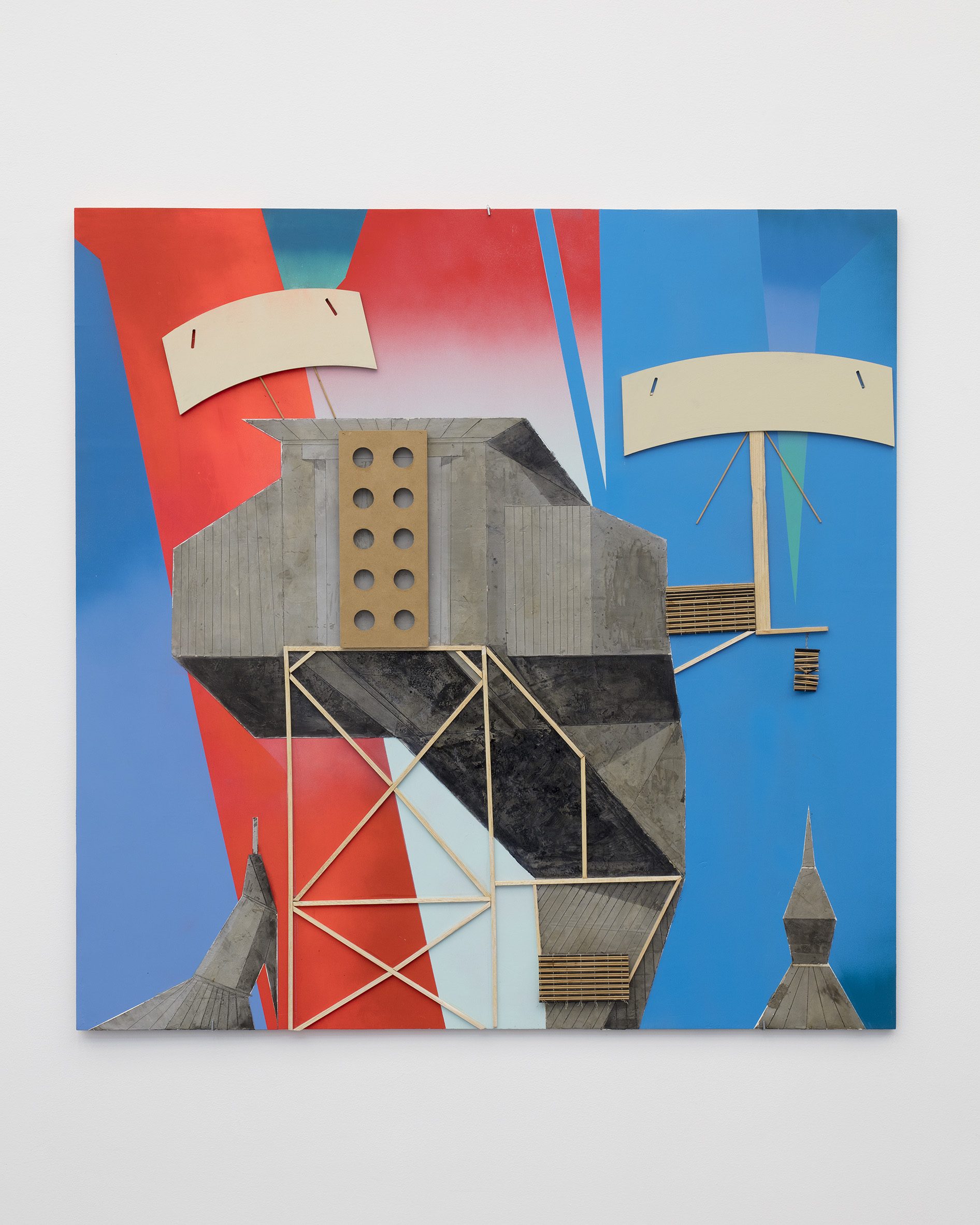 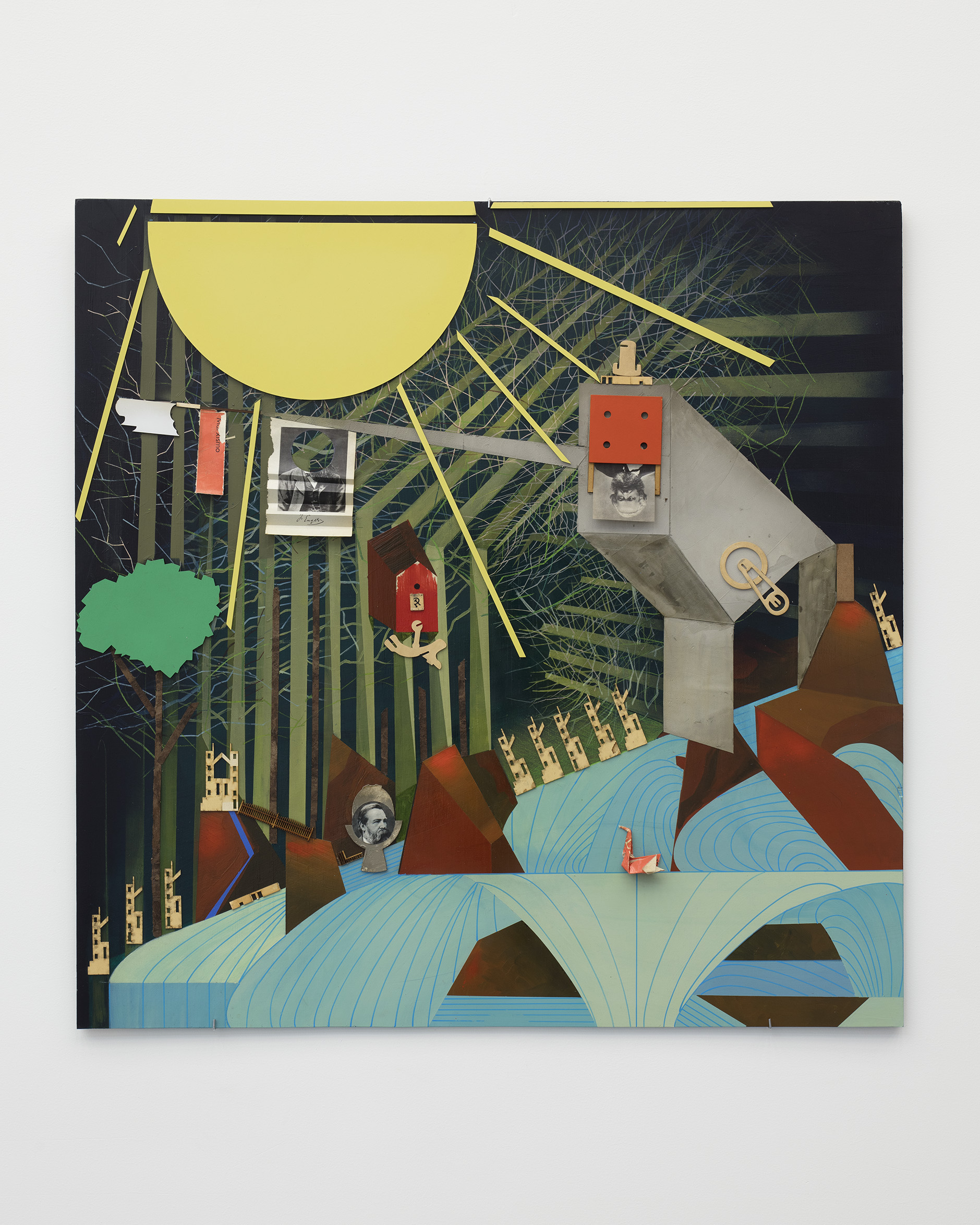 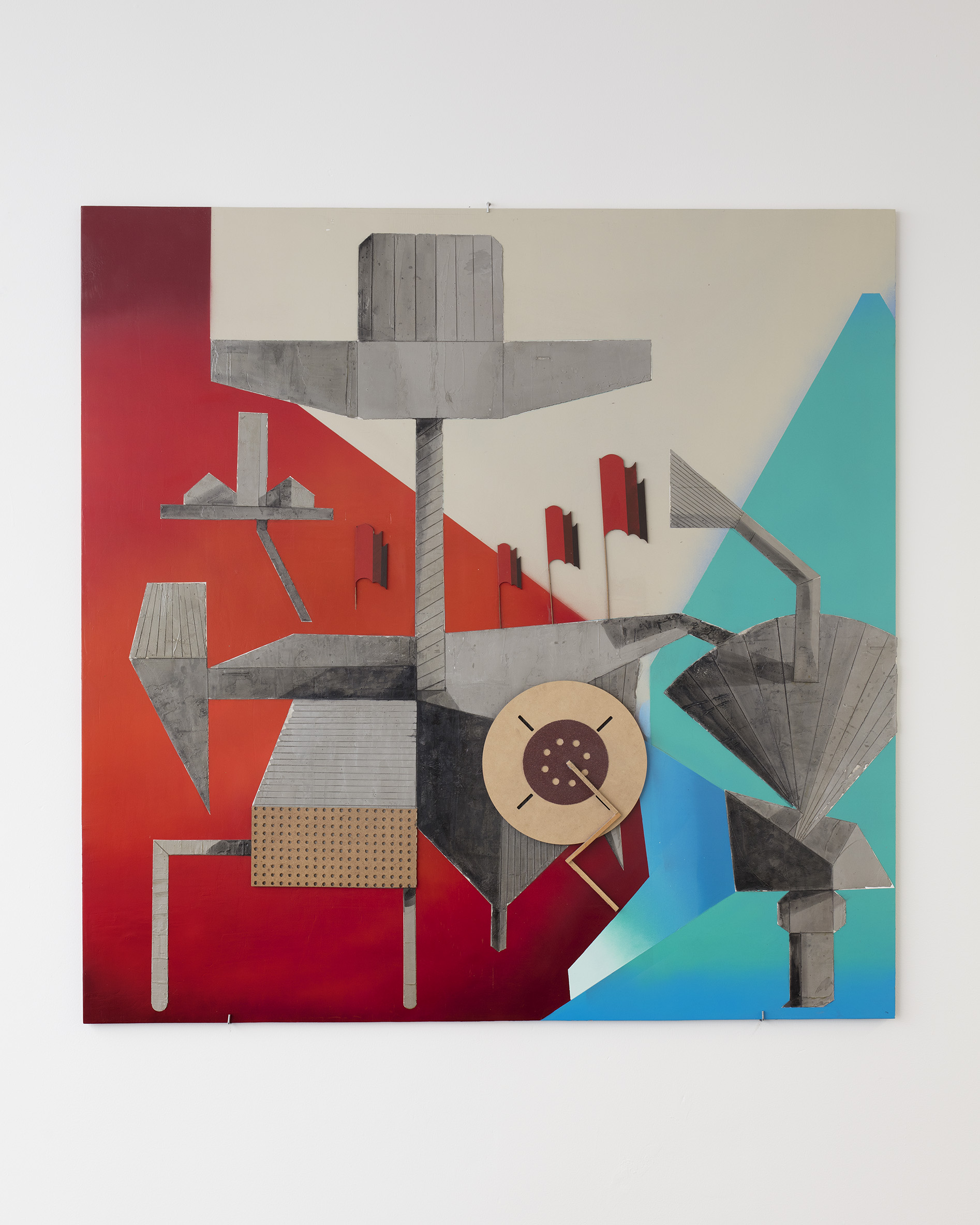 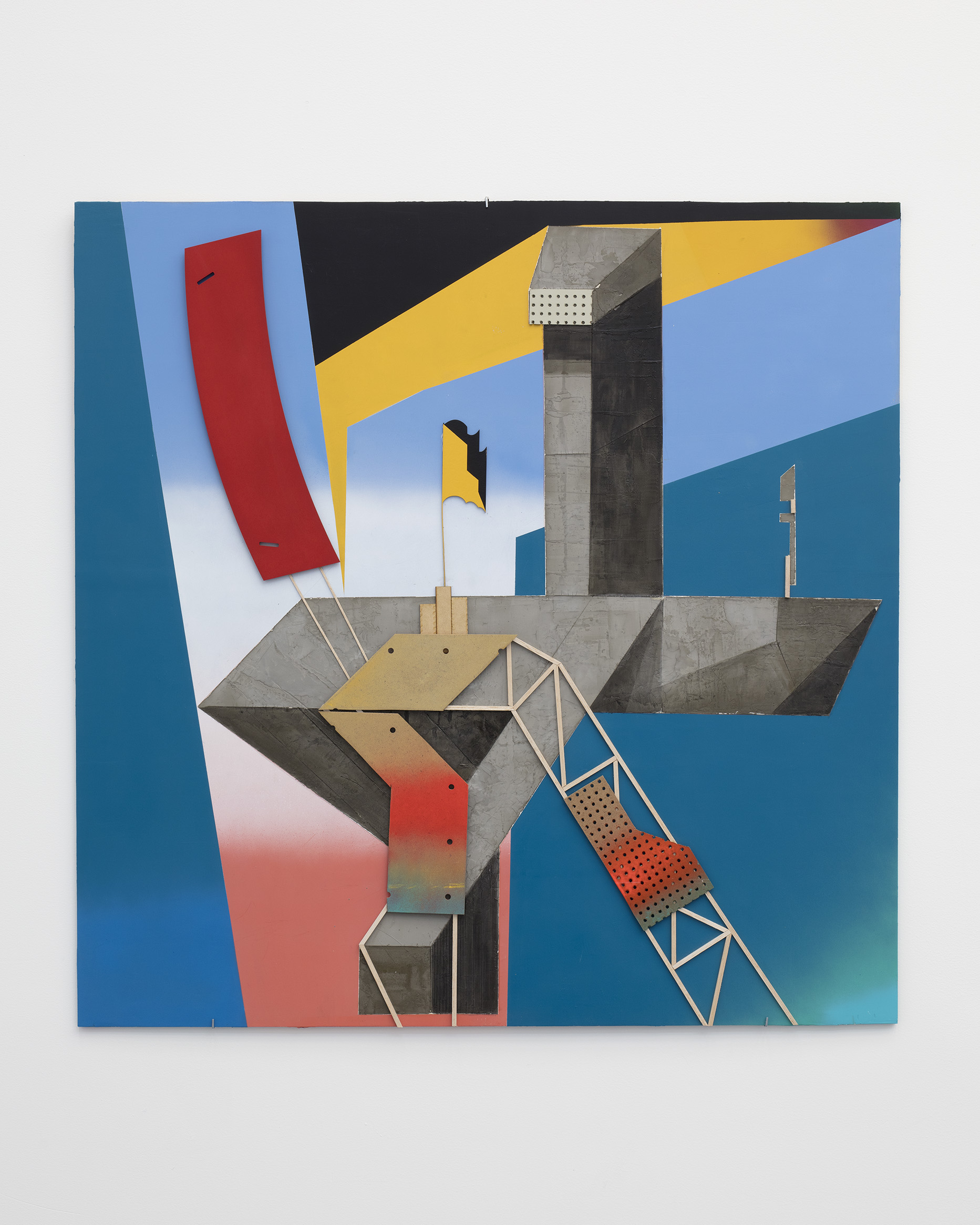 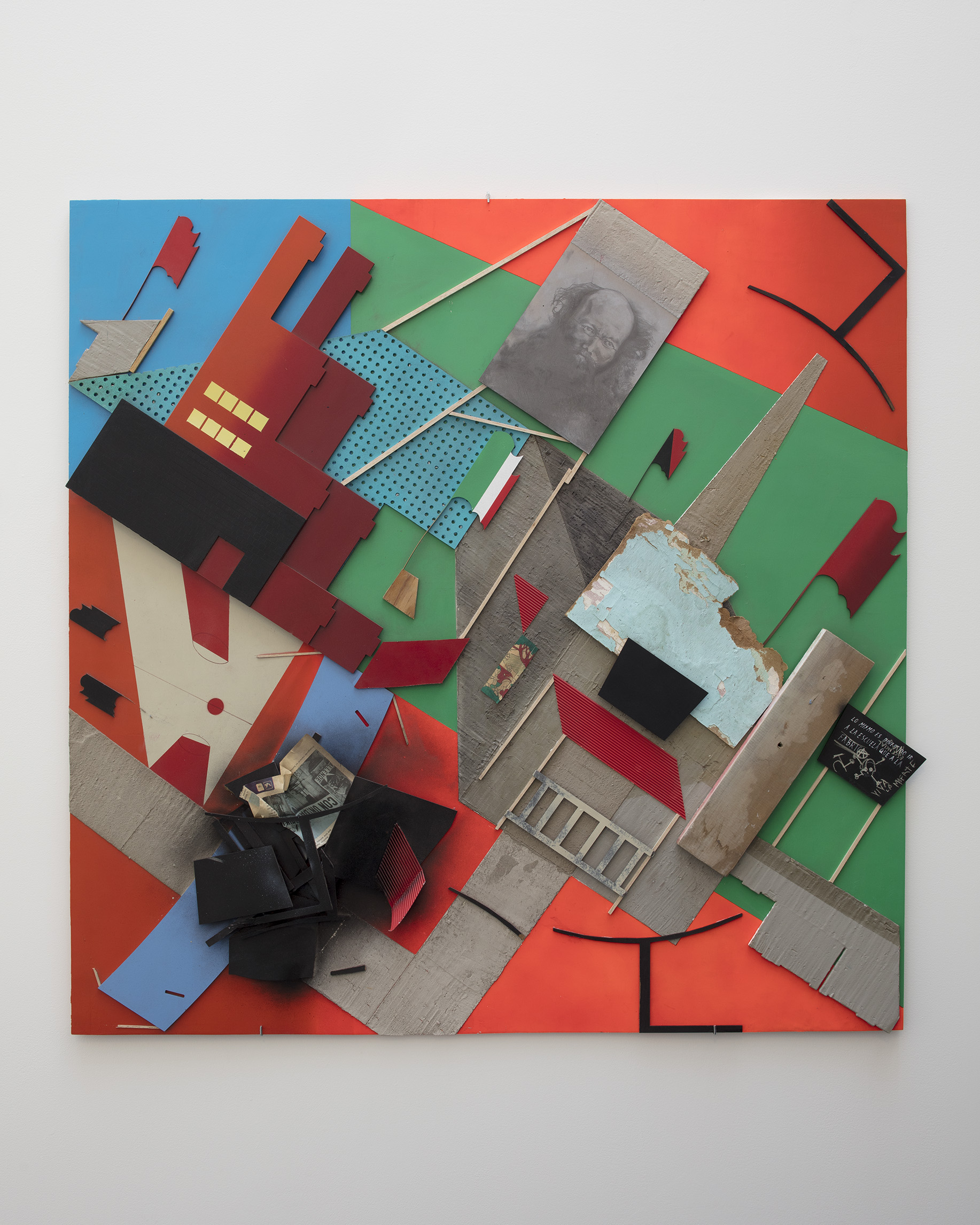 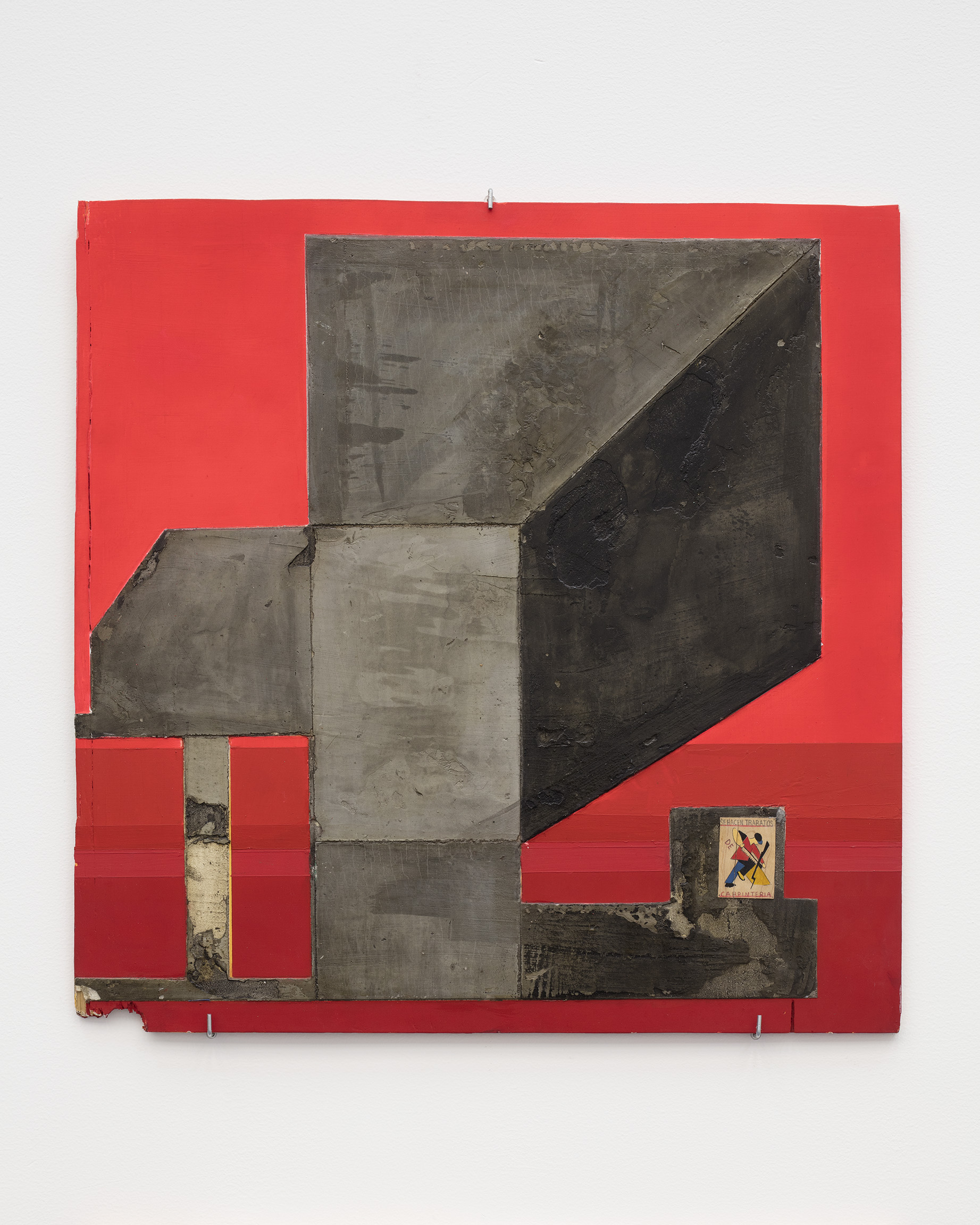 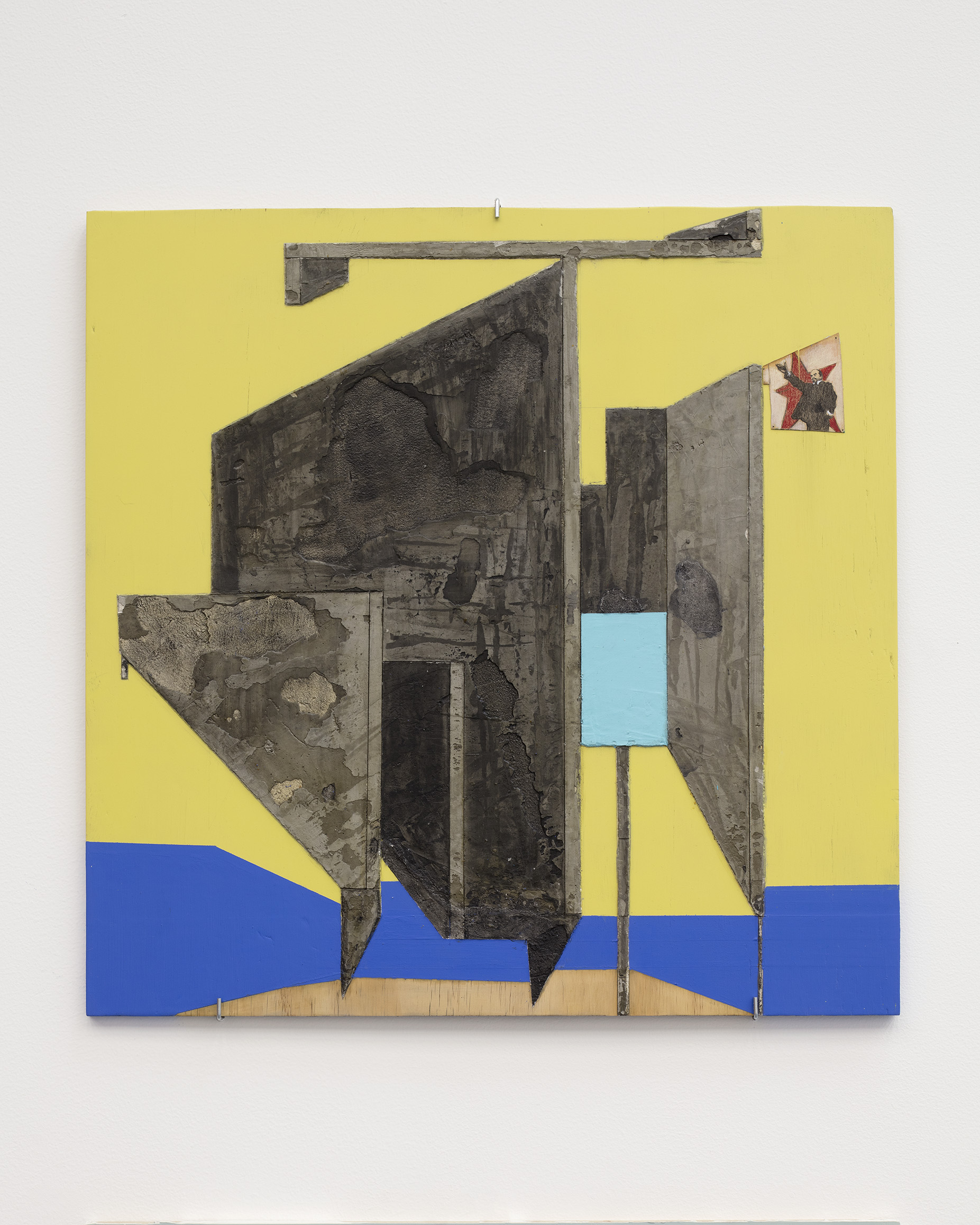 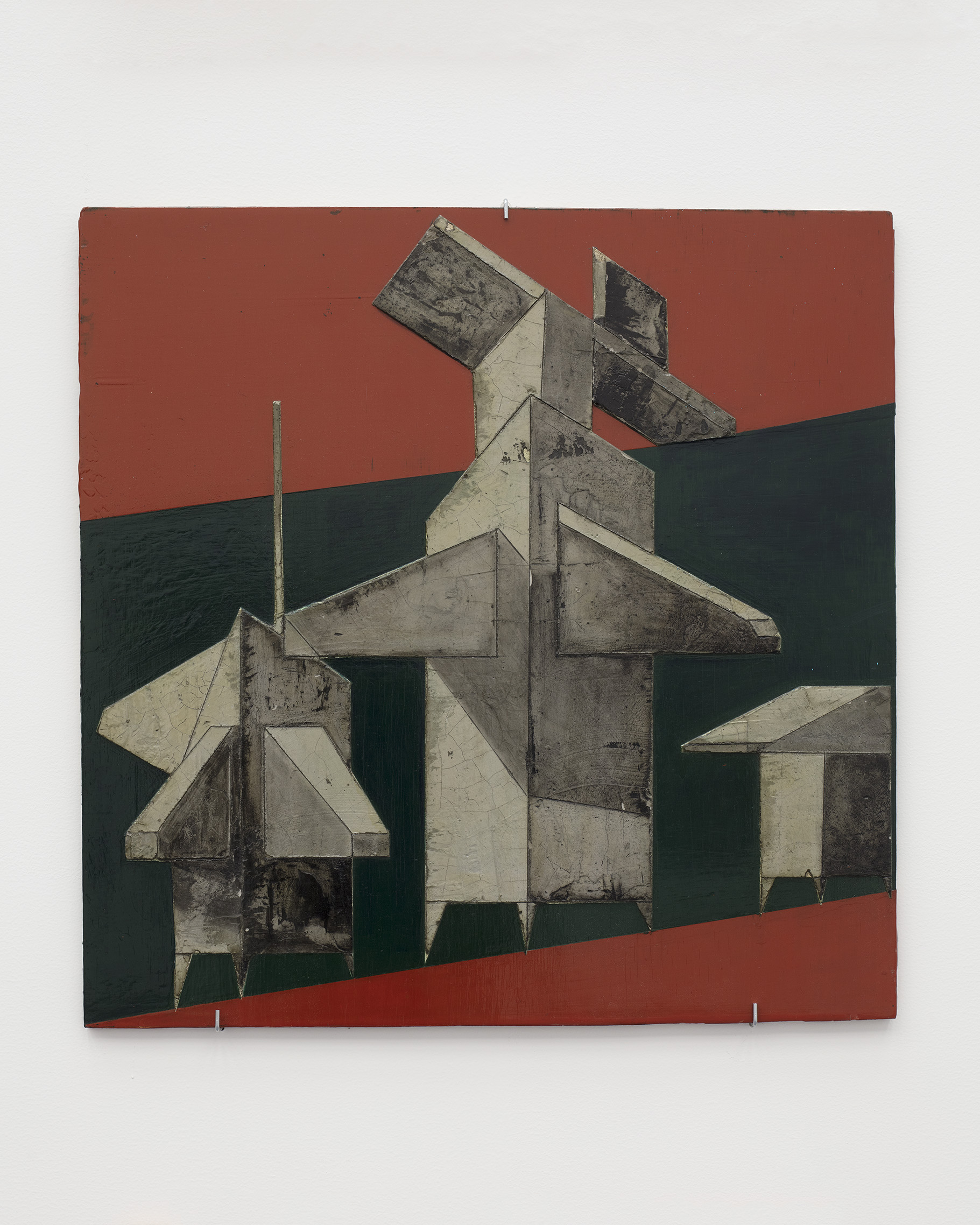 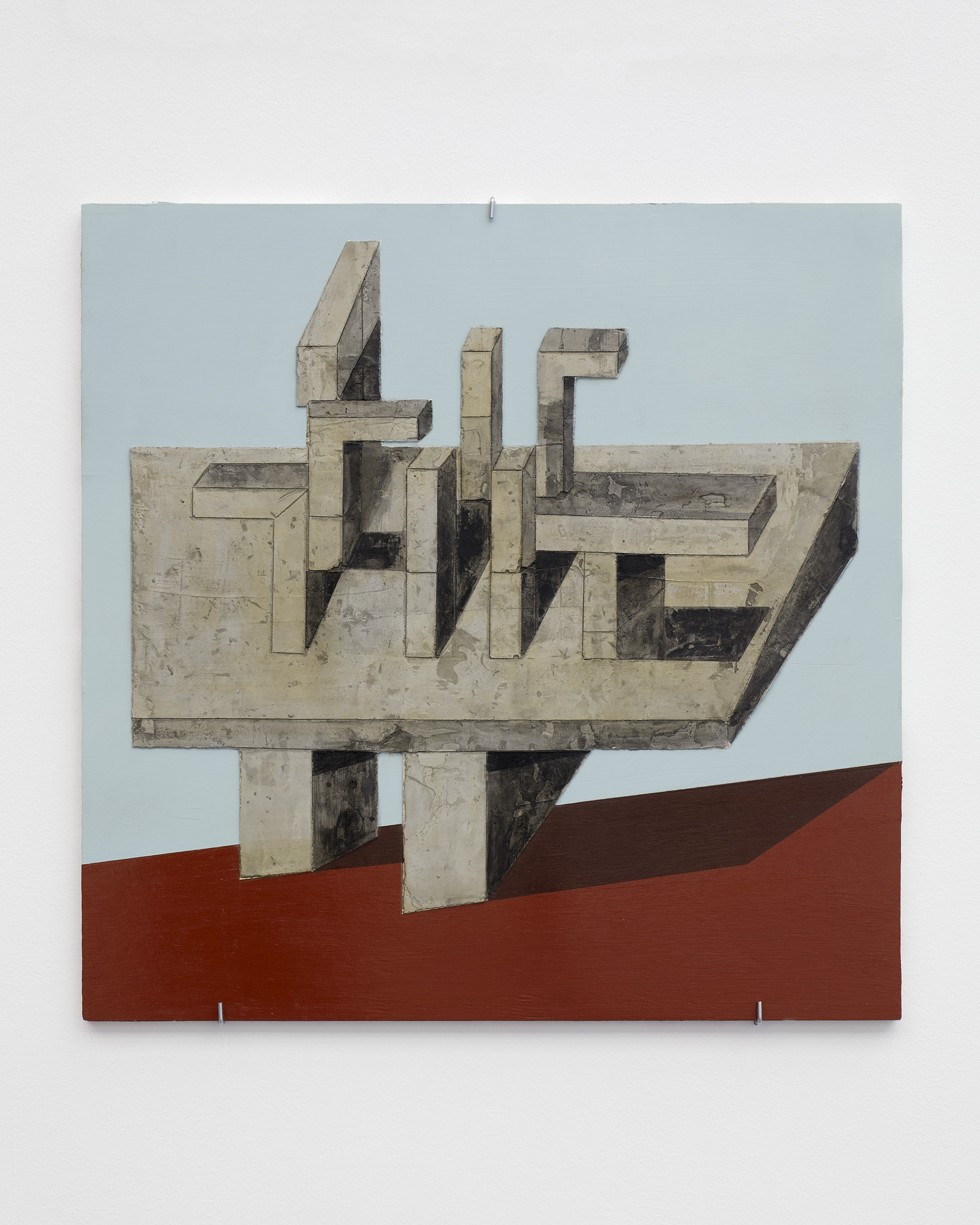 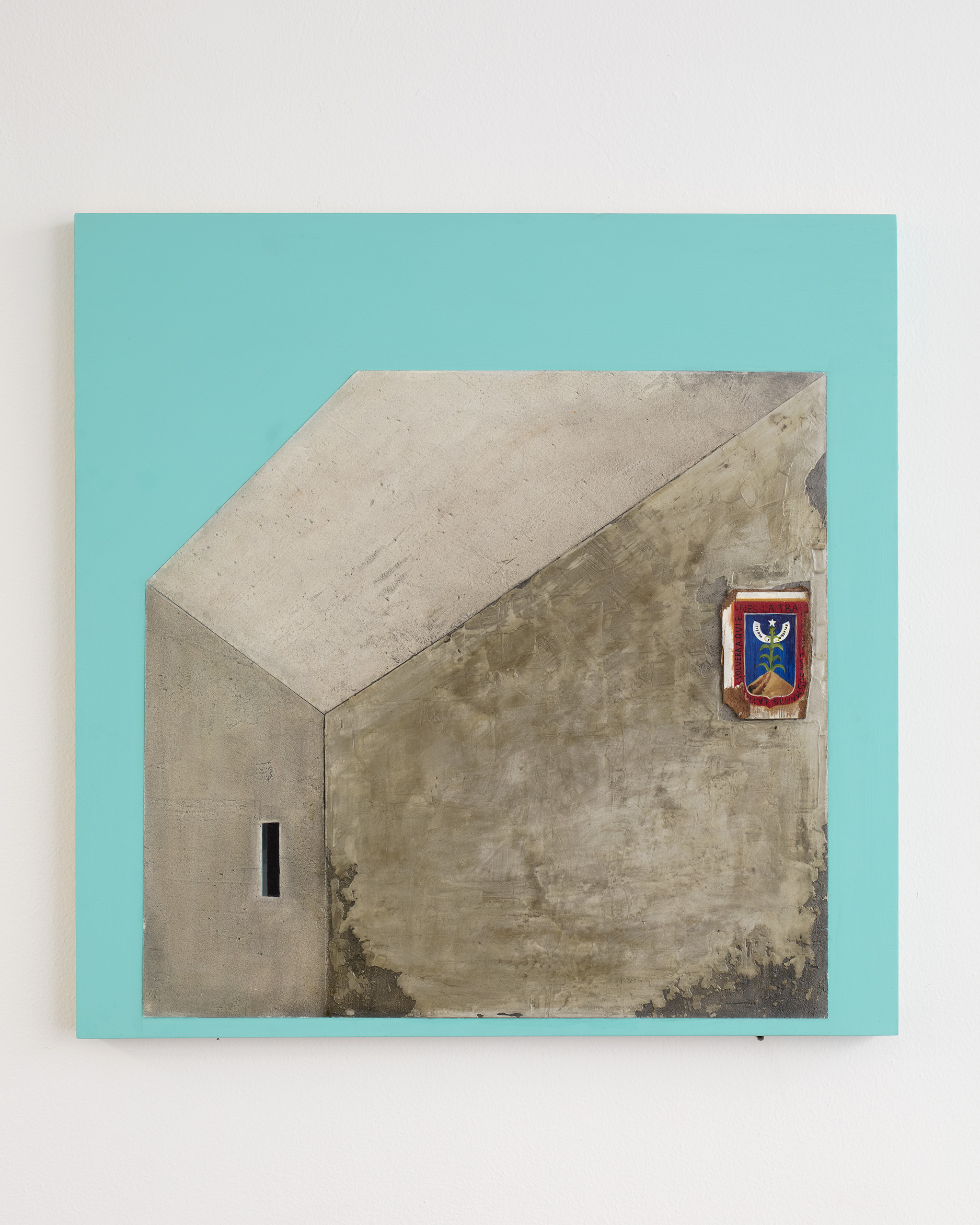 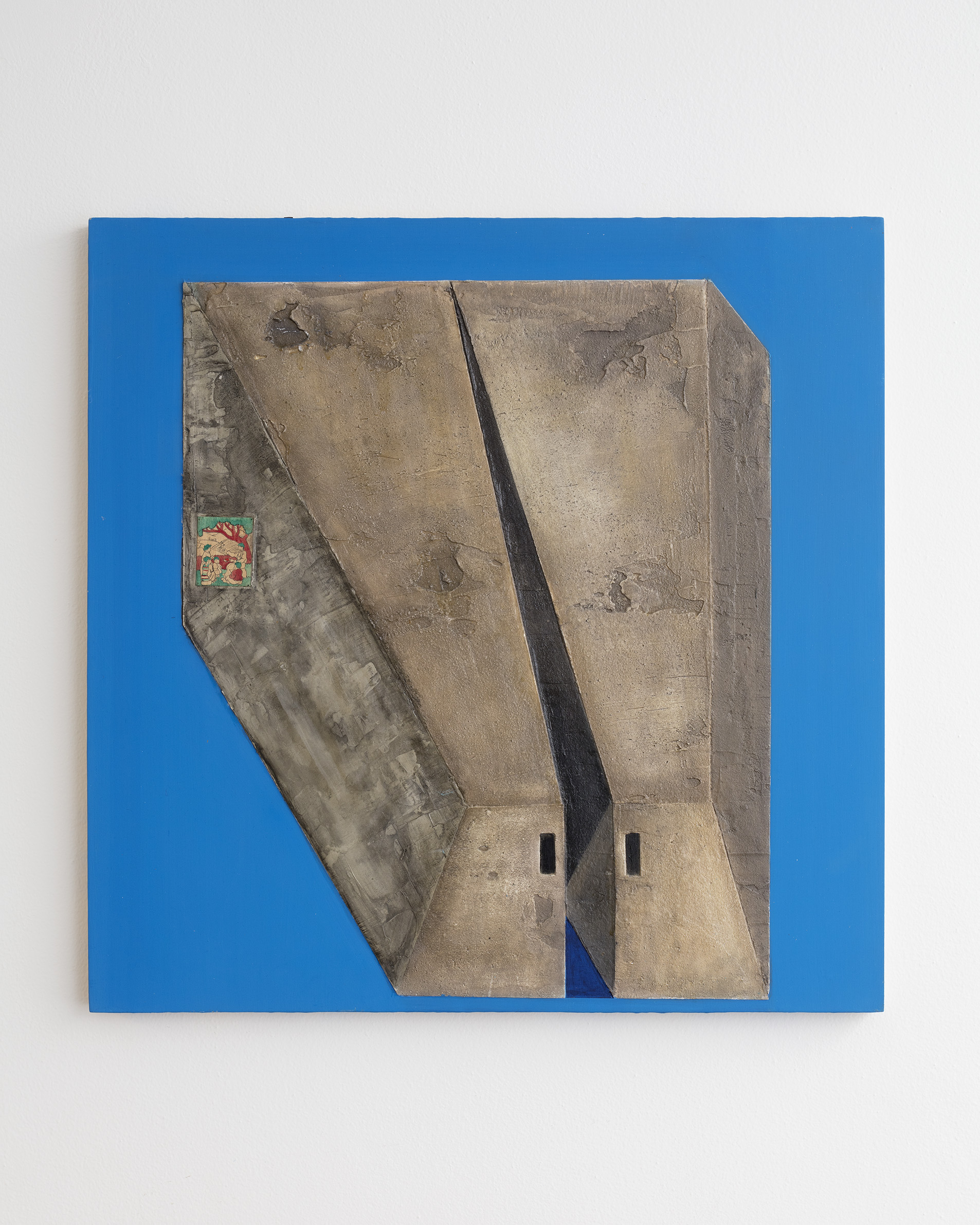 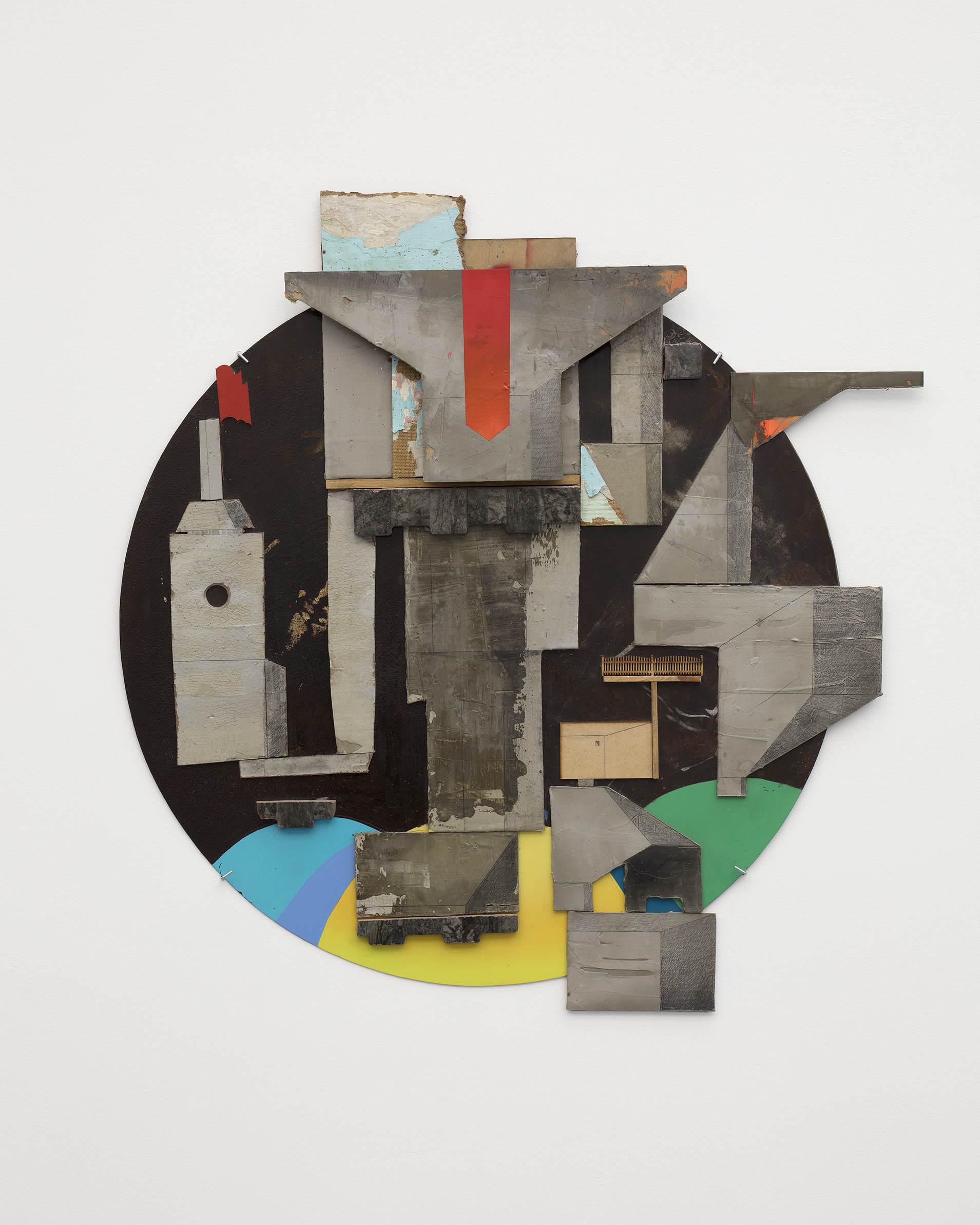 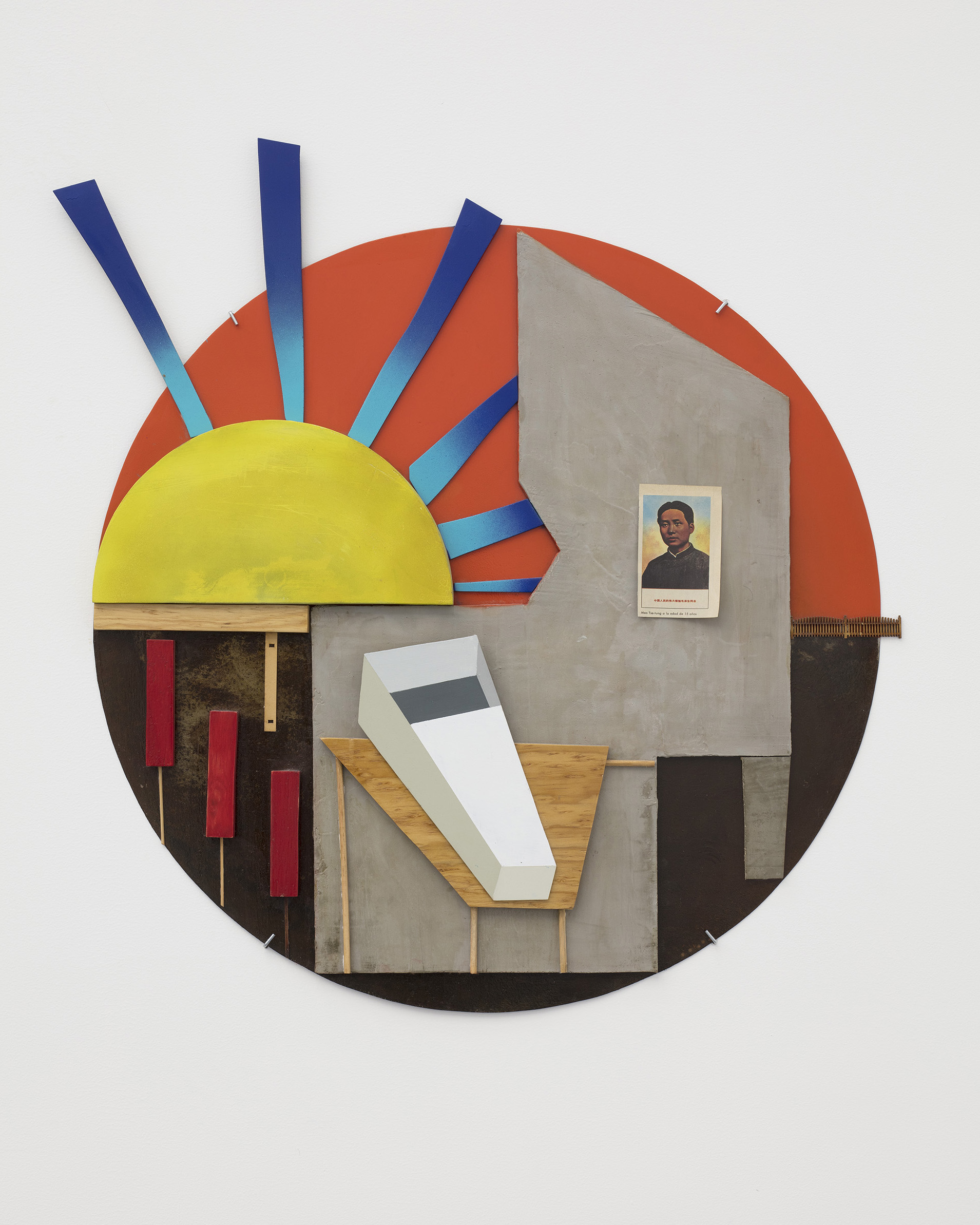 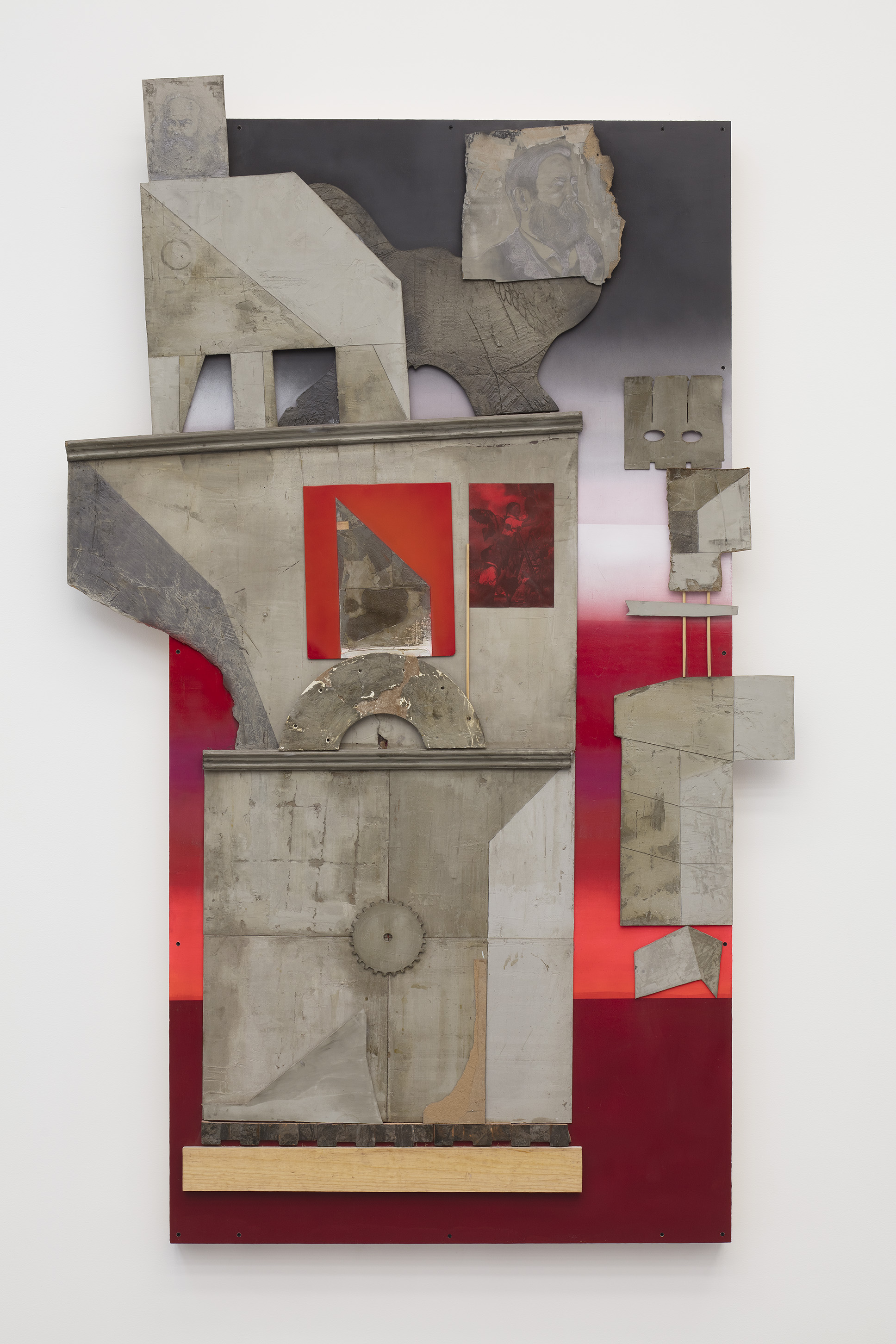 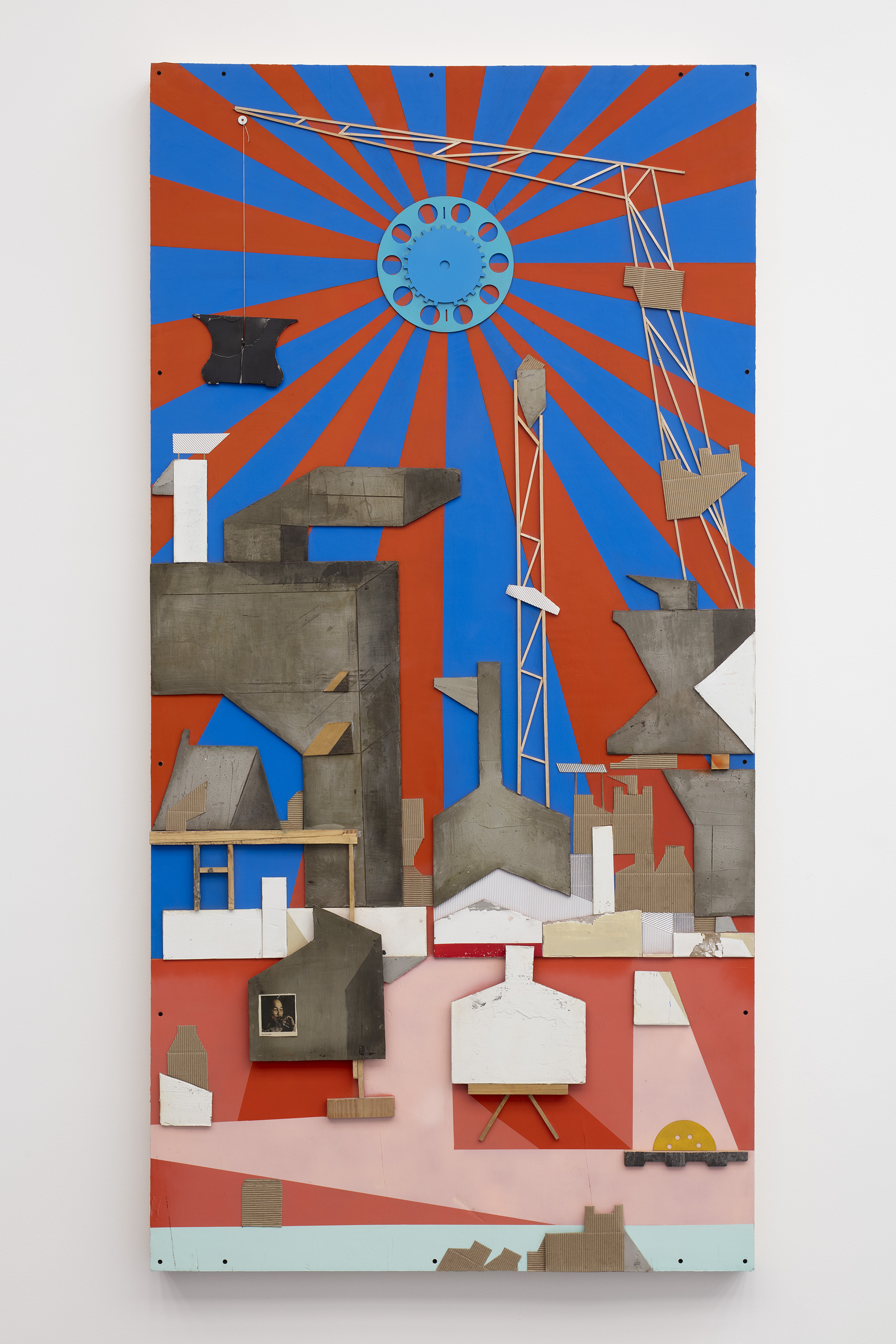