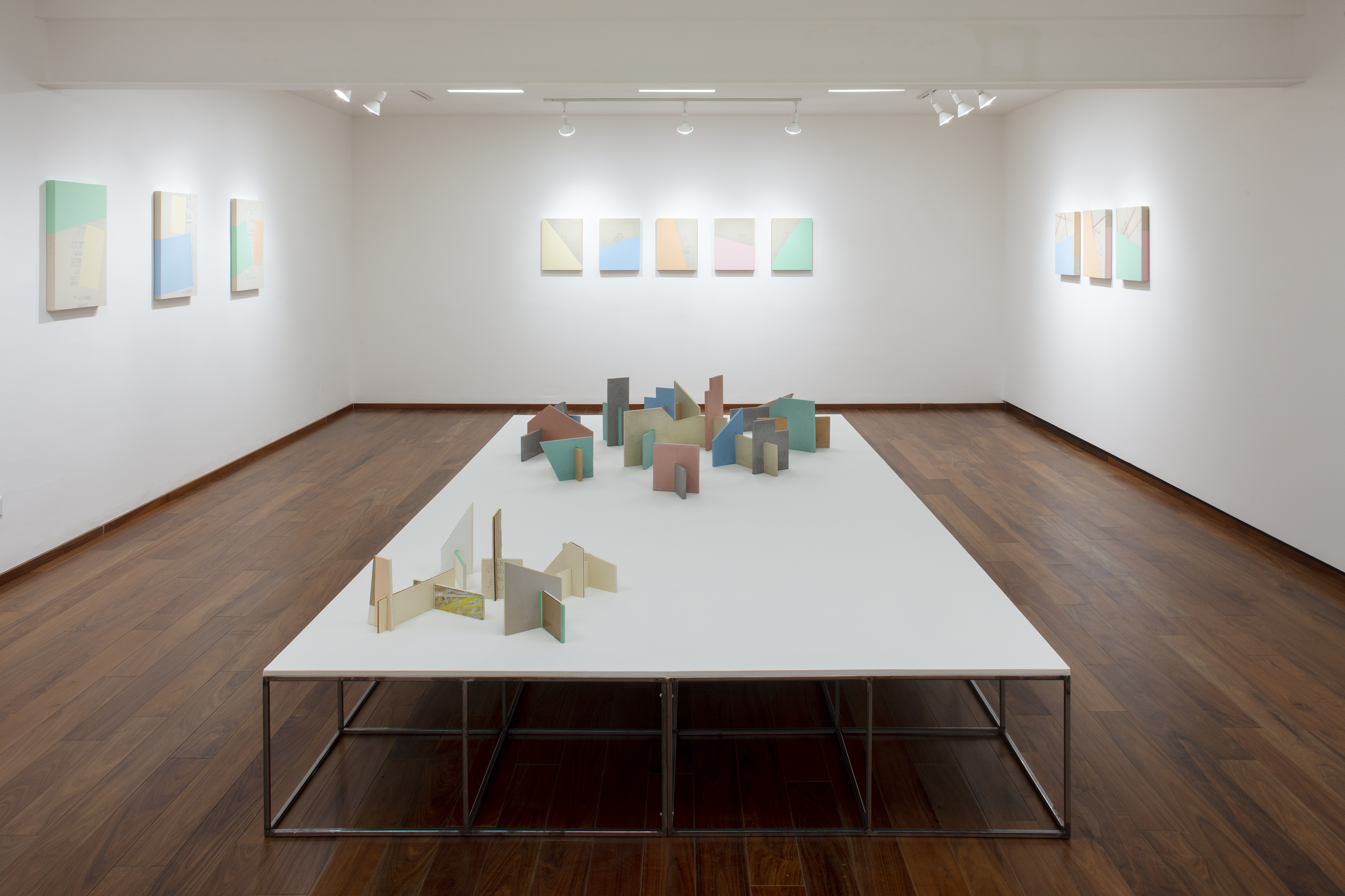 The aim of this very brief Manual is to point out the observations and data that gave rise to the small and medium format pictorial and sculptural work in this exhibition. It discusses the materials used in construction and their applications; materials that once were part of a whole that has since collapsed and have been dispersed on the margins of the city; the social life encapsulated in each of those commonly used elements; and their possible combinations and applications once they are no longer useful or have been put to other ends. It is especially addressed to those possessed by the spirit of the cinderblock, spontaneous self-build builders, and in general those interested in the tensions that shape the urban landscape of the Mexican periphery.

In the parlance of construction, that world that anonymously raises cities, the term obra gris describes an as-yet unfinished building project. Between the obra negra stage, when a structure is in place but nothing else has been installed, and the obra blanca stage, when the finishing touches are complete, obra gris occupies the interstice of the construction process: there are columns, walls, cables, and pipes that anticipate a function: the work exists, it occupies a place in space, but it is not formally complete. Will it become a finished product? A home with inhabitants? Or will it go straight into a state of ruin? Anything is possible.

By a similar logic, this exhibition can be understood as the obra gris for a final project by the collective Tercerunquinto: the workshop pieces, notes, and comments made by Gabriel Cázares and Rolando Flores on the landscape that has become their material. Halfway between a laboratory and a worktable, the pieces brought together serve as a sort of conceptual framework for artistic praxis, while at the same time revealing the inquisitive spirit, the curious guesswork, and the eternal outline around physical space. And in that sense, it offers a reflection on the setting of Mexico’s urban peripheries.

On materials: Canvas, cardboard, and other residues

In the pieces for Obra gris: On Form and Color, materiality is a point of departure for exploring residues and their movements through different temporalities and geographies. Cardboard, muslin, vinyl paint, scraps of paper: these materials all define that which is inhabited, produced, built, and discarded on Mexico’s urban boundaries. Starting with these elements, which can be found in any garbage can in the country or picked up at any hardware store, it is possible to abstract the materiality of the urban landscape and reveal the multiple fabrics that shape them. On the bit of muslin on which the blurry figure of Saint Joseph peeks out, for example, several traces are elucidated: an iconographic trace with its symbolic charge, an industrial trace advertising the brand name of a textile manufacturer, and a temporal trace, indicating that the roll of fabric has run out. The material world is lodged on a canvas: that world is nothing less than post-industrial Mexico, where religious faith coexists with a broad variety of petrochemical products like vinyl paint.

The scale models, too, suggest various temporal possibilities. On the one hand, the spatial exercise points toward the past: the figures recall the geometric and abstract sculptures that, during the more spectacular moments of Mexican modernity, filled the avenues, parks, gardens, and public plazas of the major cities. These models, these ideas on a small scale, function as promises of sculptures that turn their backs on completeness and stand out as scenes in which residue—a chunk of cardboard in place of a wall—reminds us that the city is built from scraps, bits and pieces that were once part of something solid, only to become a junkheap after some collapse.

On land and landscape

At first, [landscape consists] of backdrops that serve to accompany an image of the Virgin or a saint and which represent a real place, although the scene it depicts is obviously fictitious. Over time, these marginal backdrops became a central theme of painting as the figures became smaller and anonymous. Thus was born a kind of pittura (pintura, painting) whose theme is the representation of a paese (país, country). In the different Romance languages, paese/pays/país has been defined as the land where one is born and to which one is affectively tied. It is an inhabited, cultivated land. For the French geographer Roger Brunet, landscape (paisaje) is “that which is seen of the country (país).”

What might a landscape painter portray today if they were inclined to represent a country? This exhibition suggests an answer to that question. Degraded, built up, demolished; a canvas for architects, construction workers, and self-build builders: the current landscape, in constant transformation, is not bound by simple forms, its endless mutation makes it impossible to grasp. In the abstract, it could be regarded as a fabric made up of collapsed structures, leftovers, and ruins of capitalism that are themselves so many testaments. In other words, just as a rock gives us clues with which to understand a geological age (here there was a volcano, here there was an ocean, here there was a glacier) the splotches of cheap vinyl paint that color the residues of our landscape are traces of this country, this time, and this place. 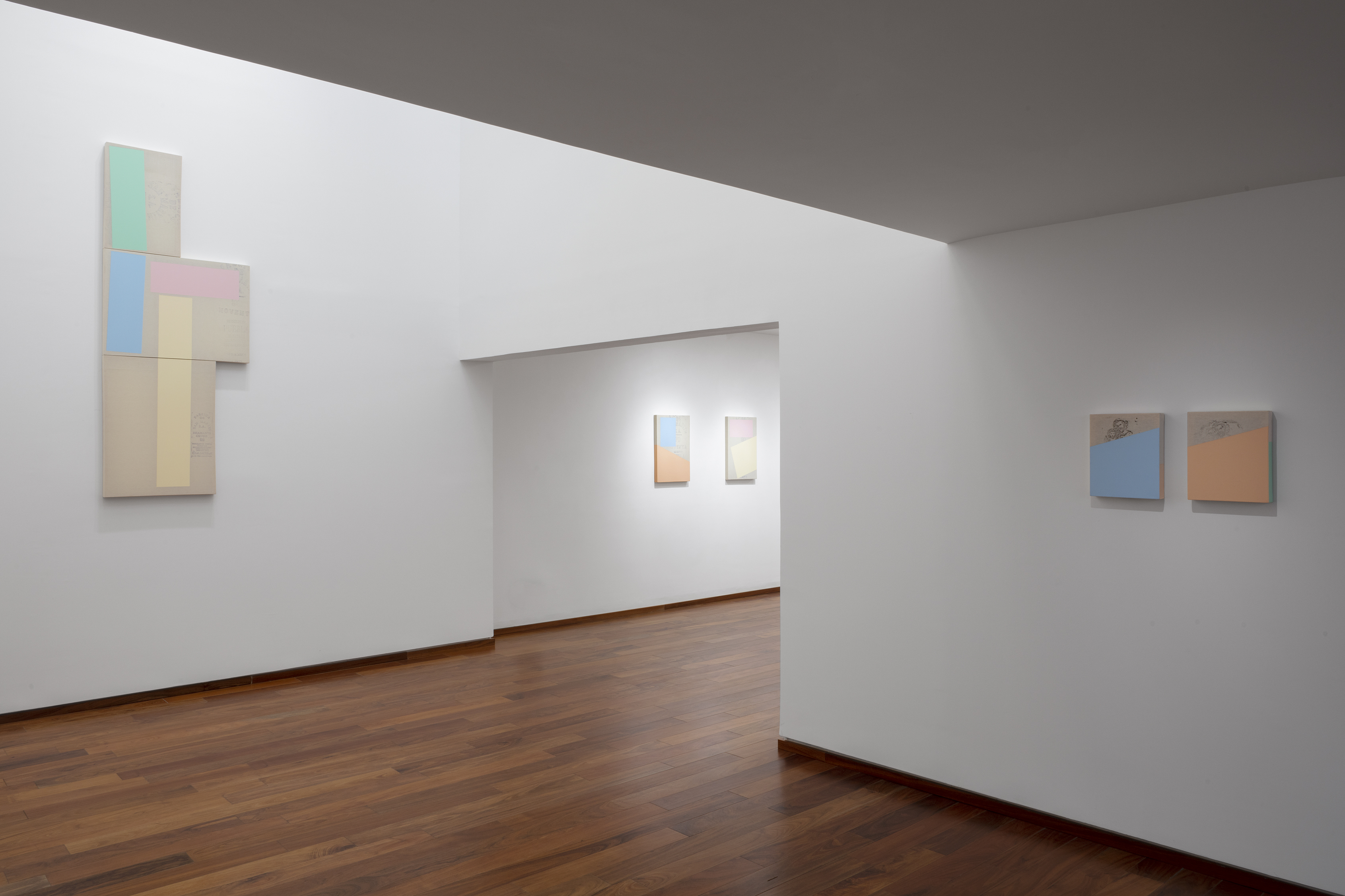 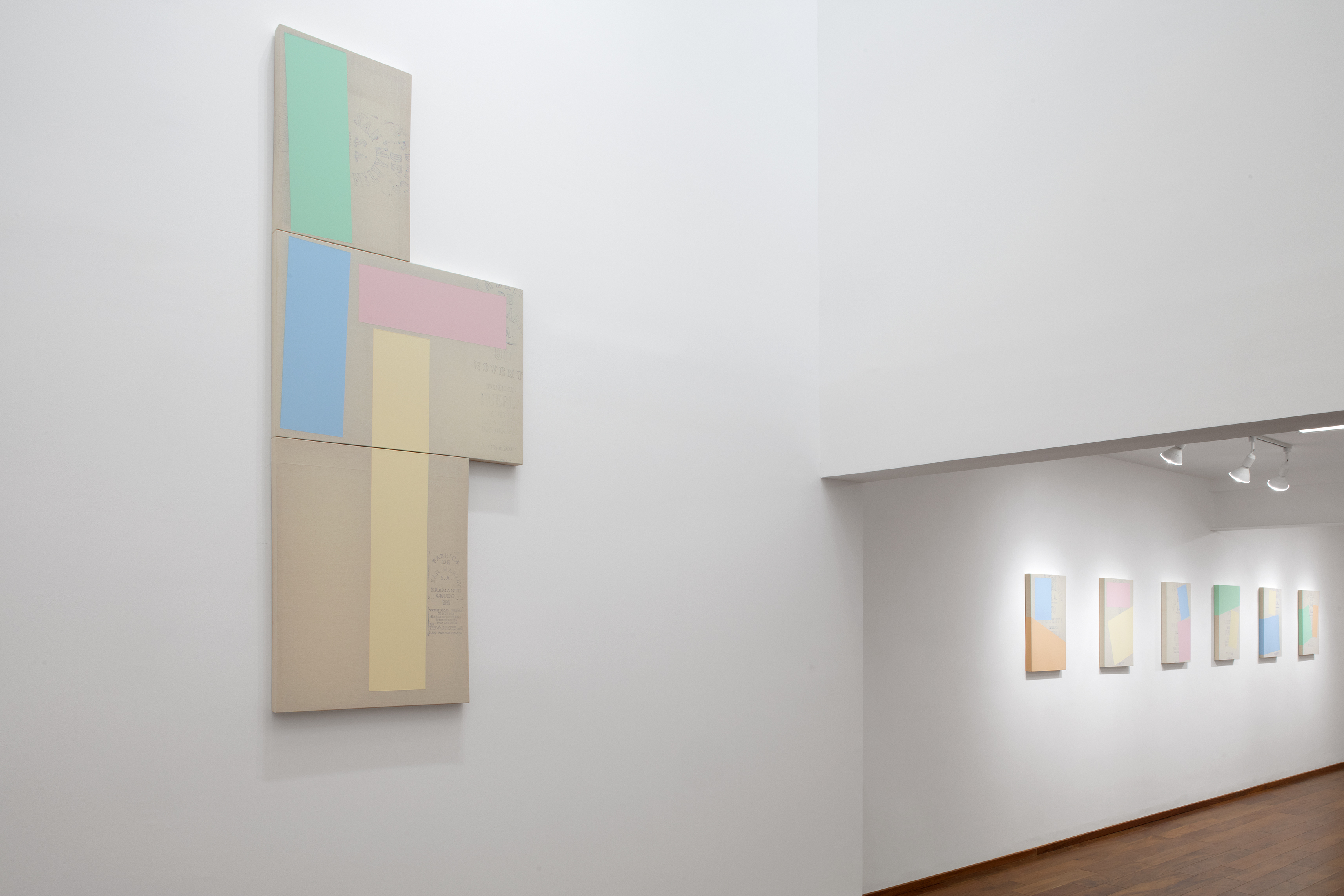 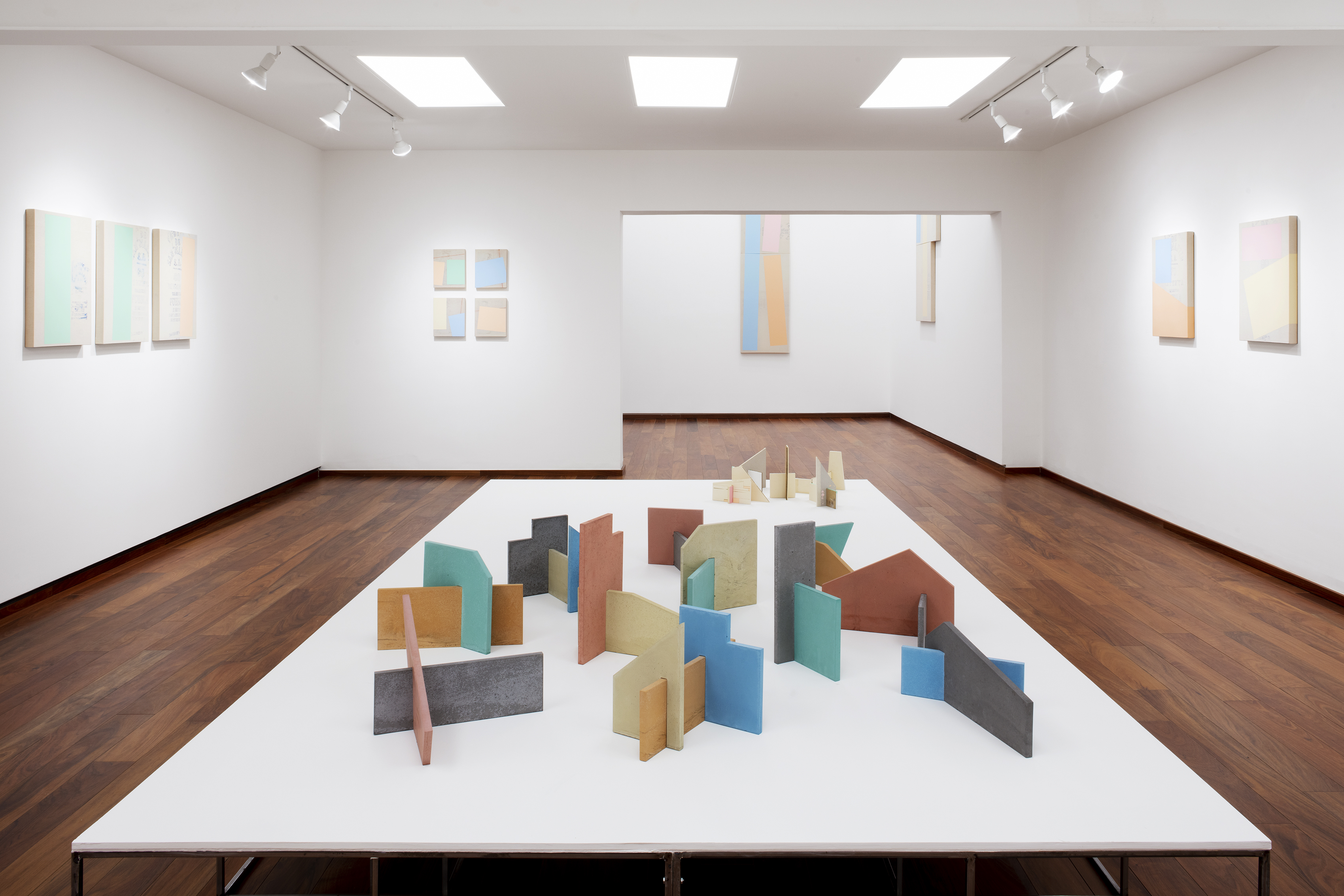 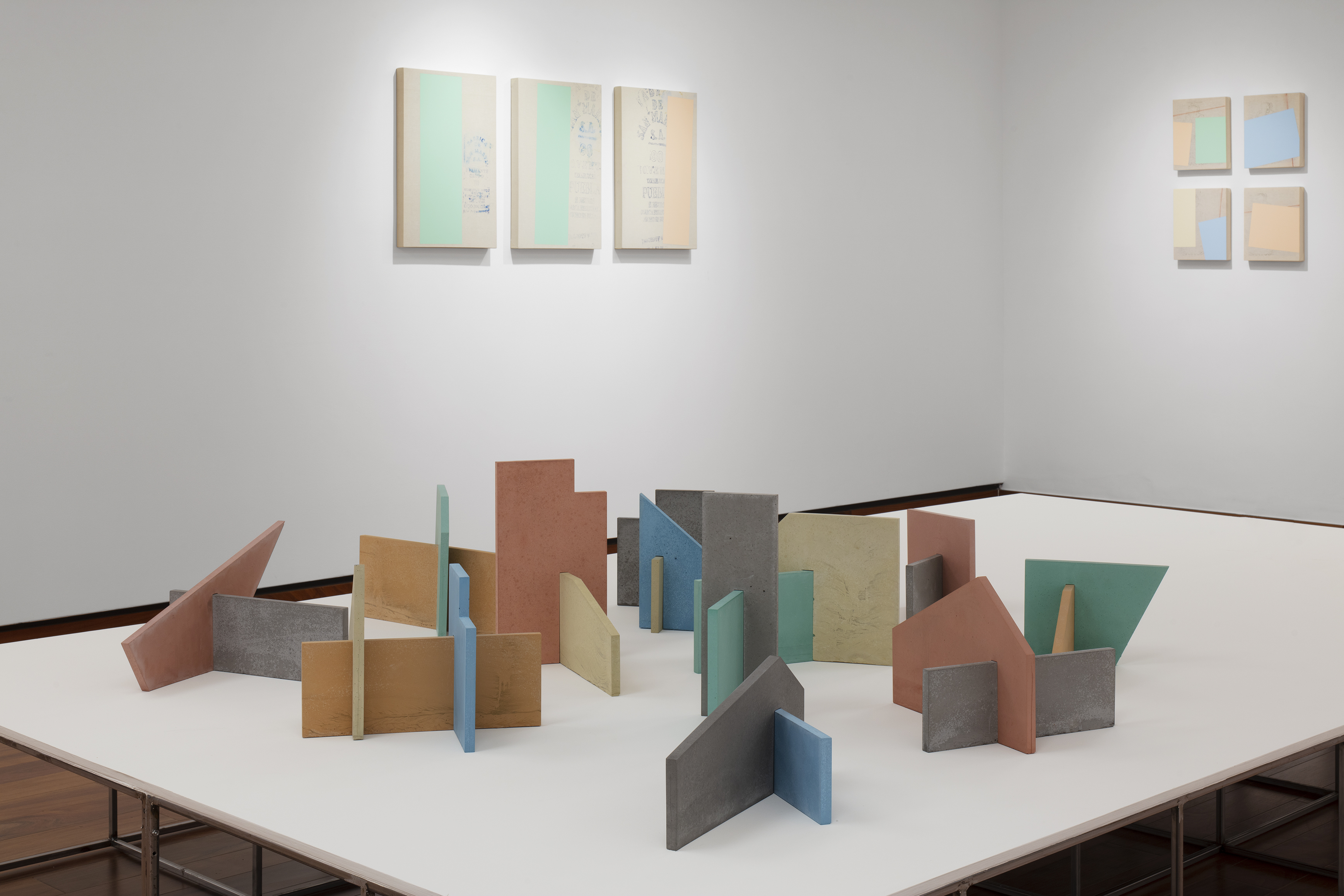 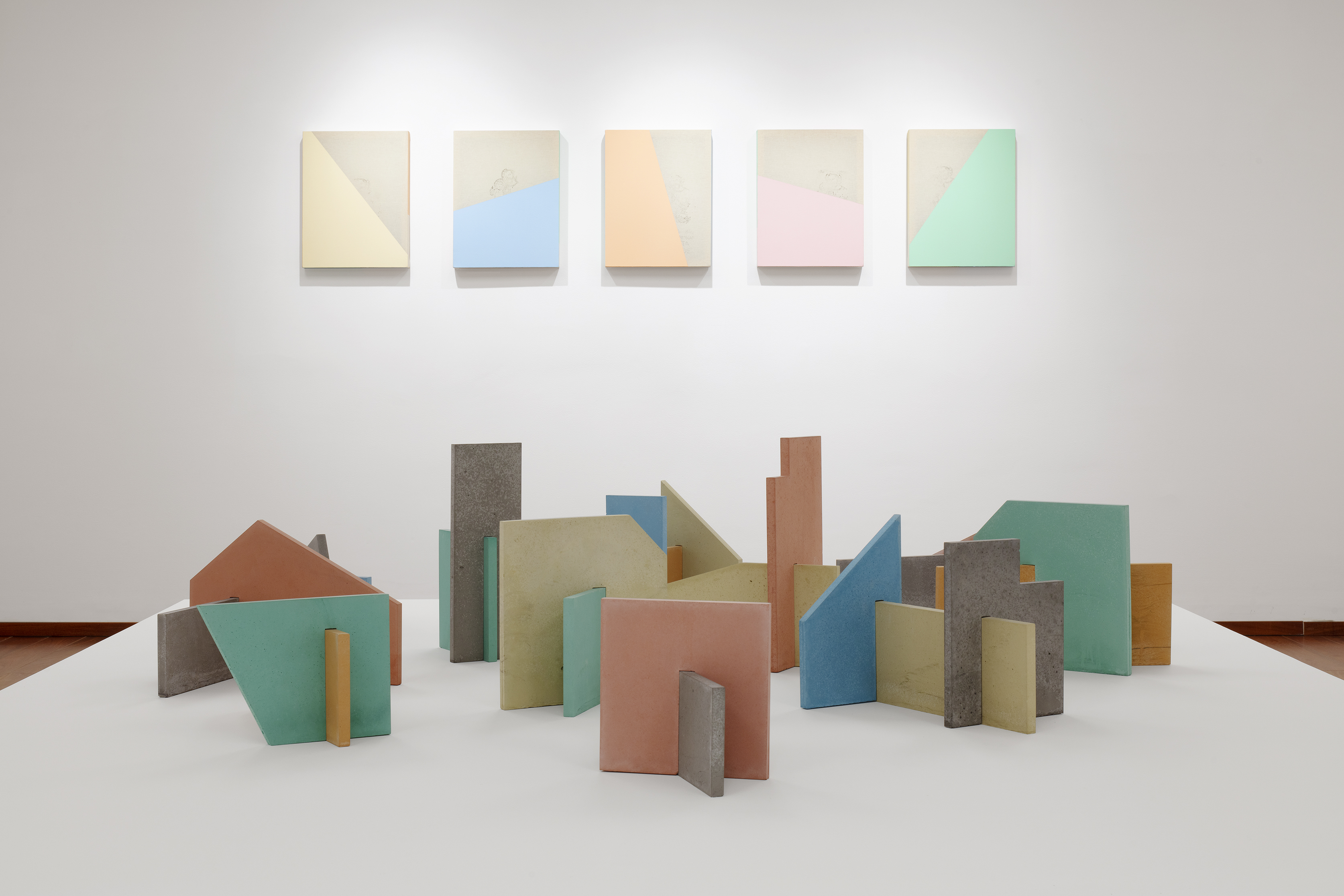 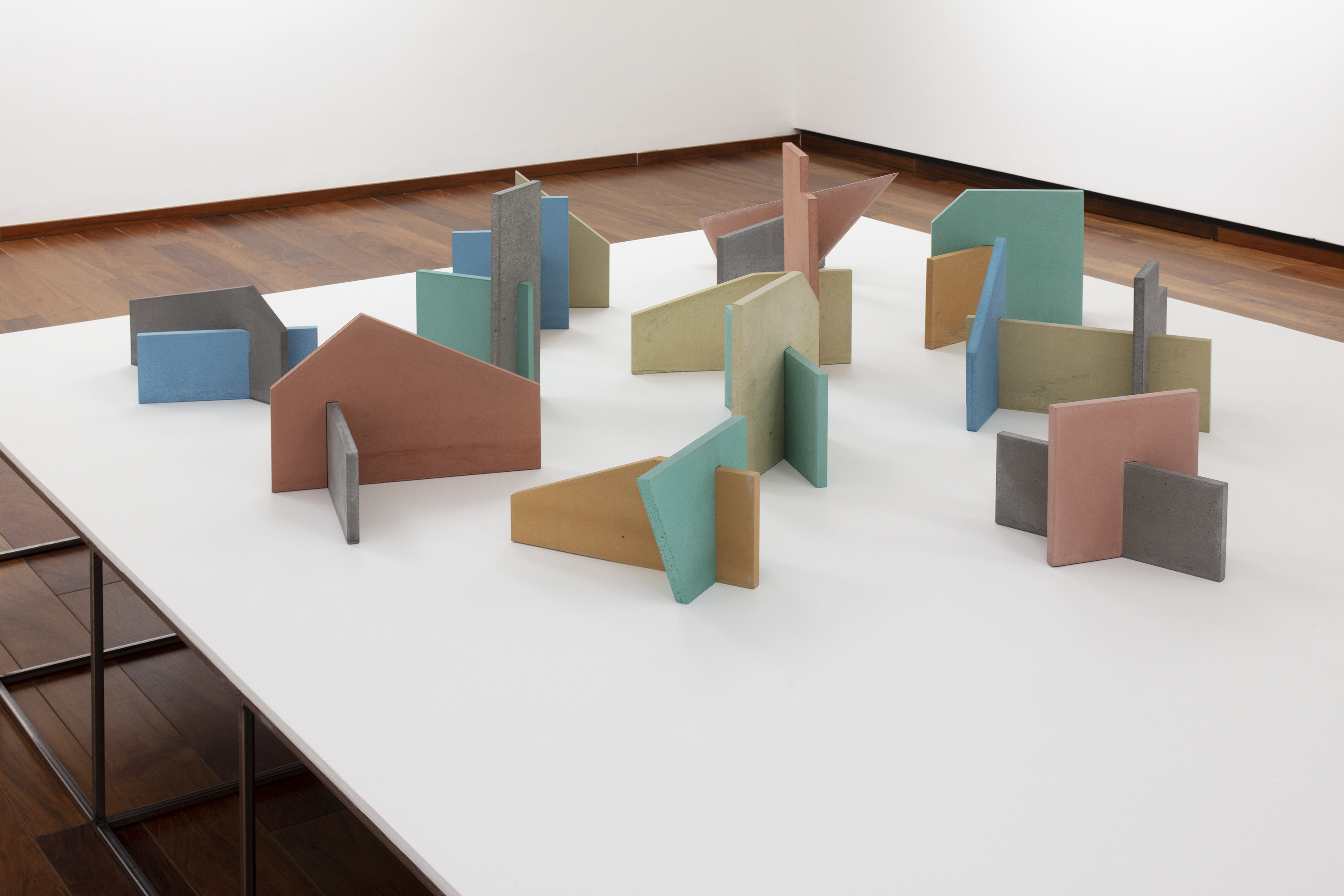 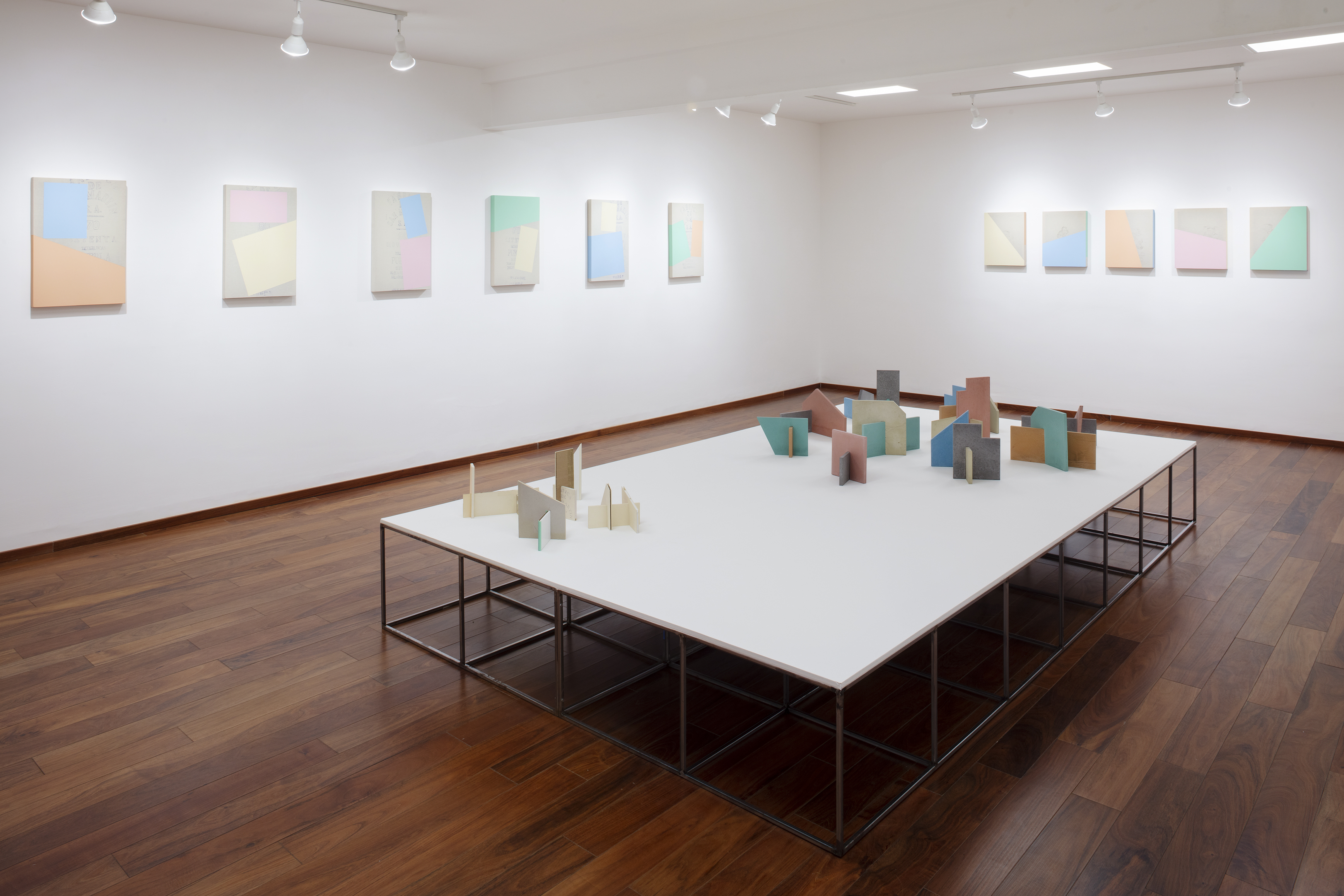 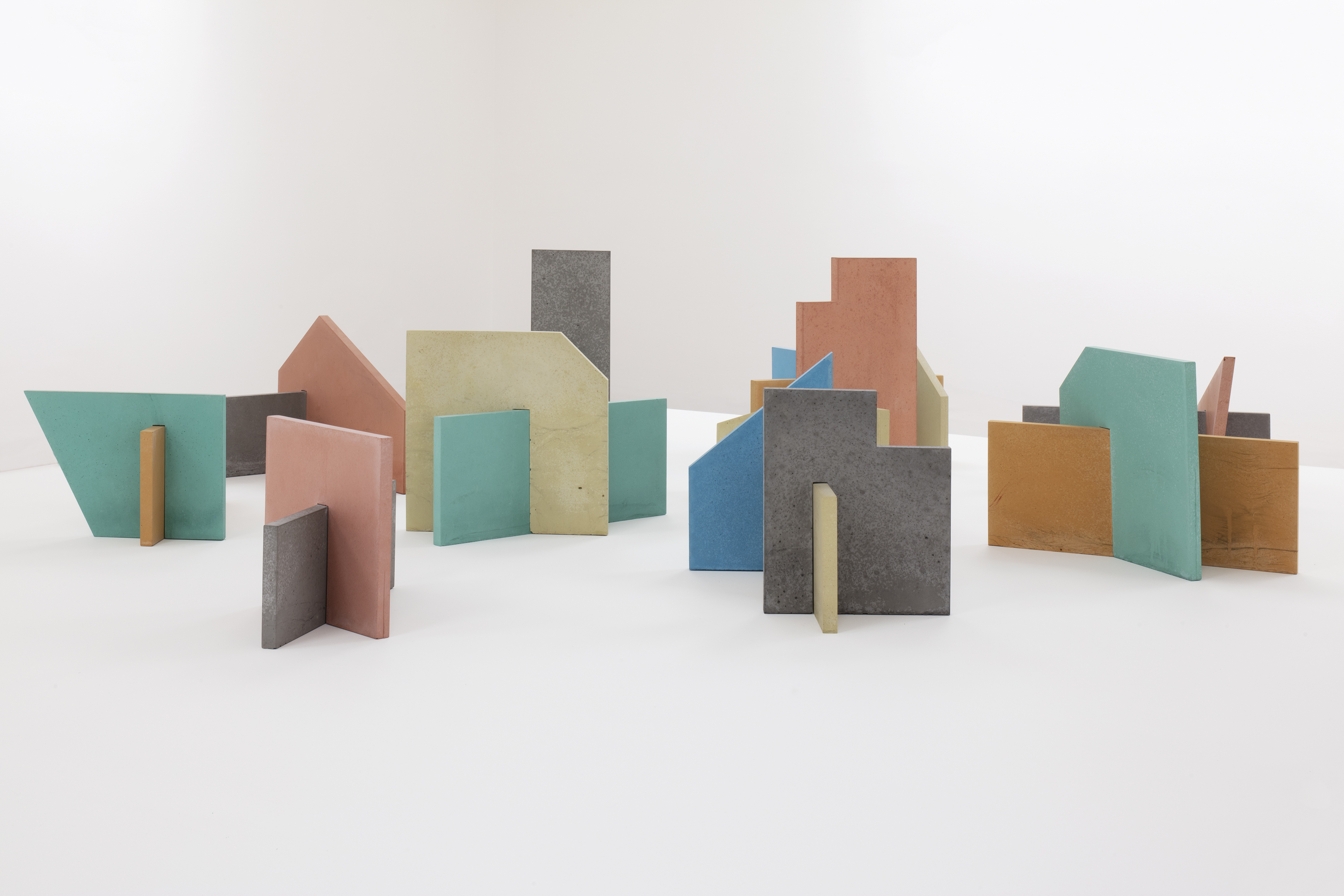 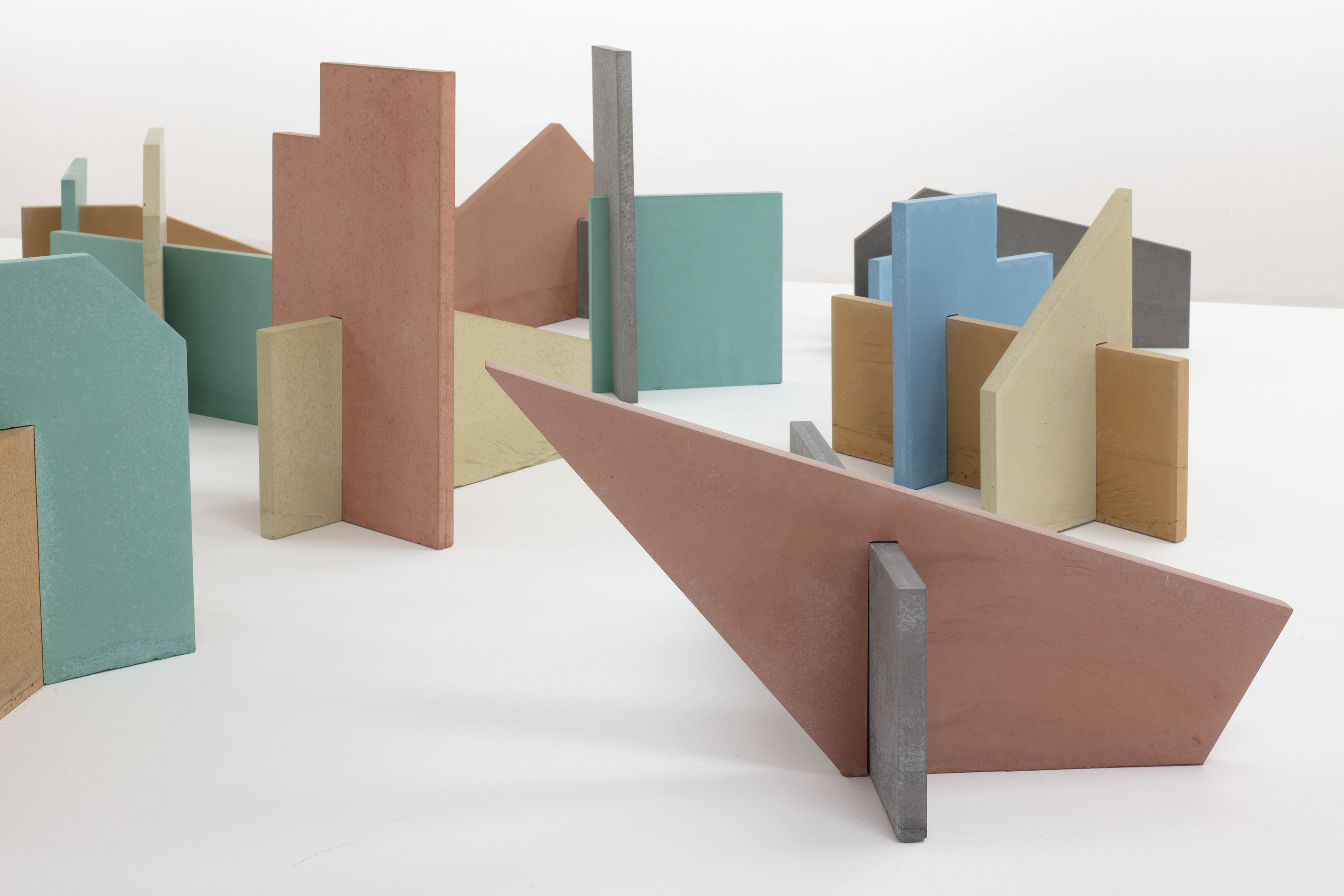 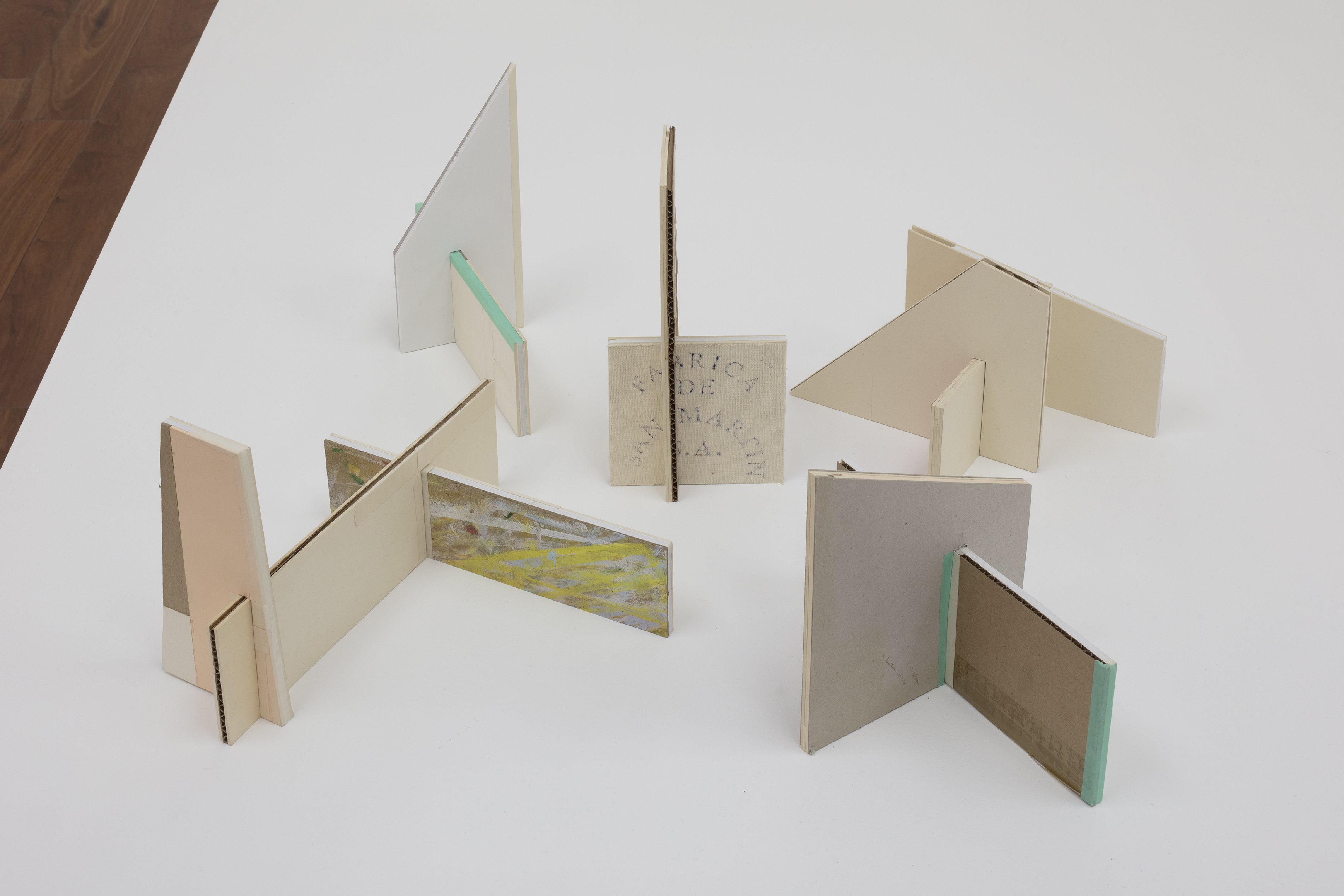 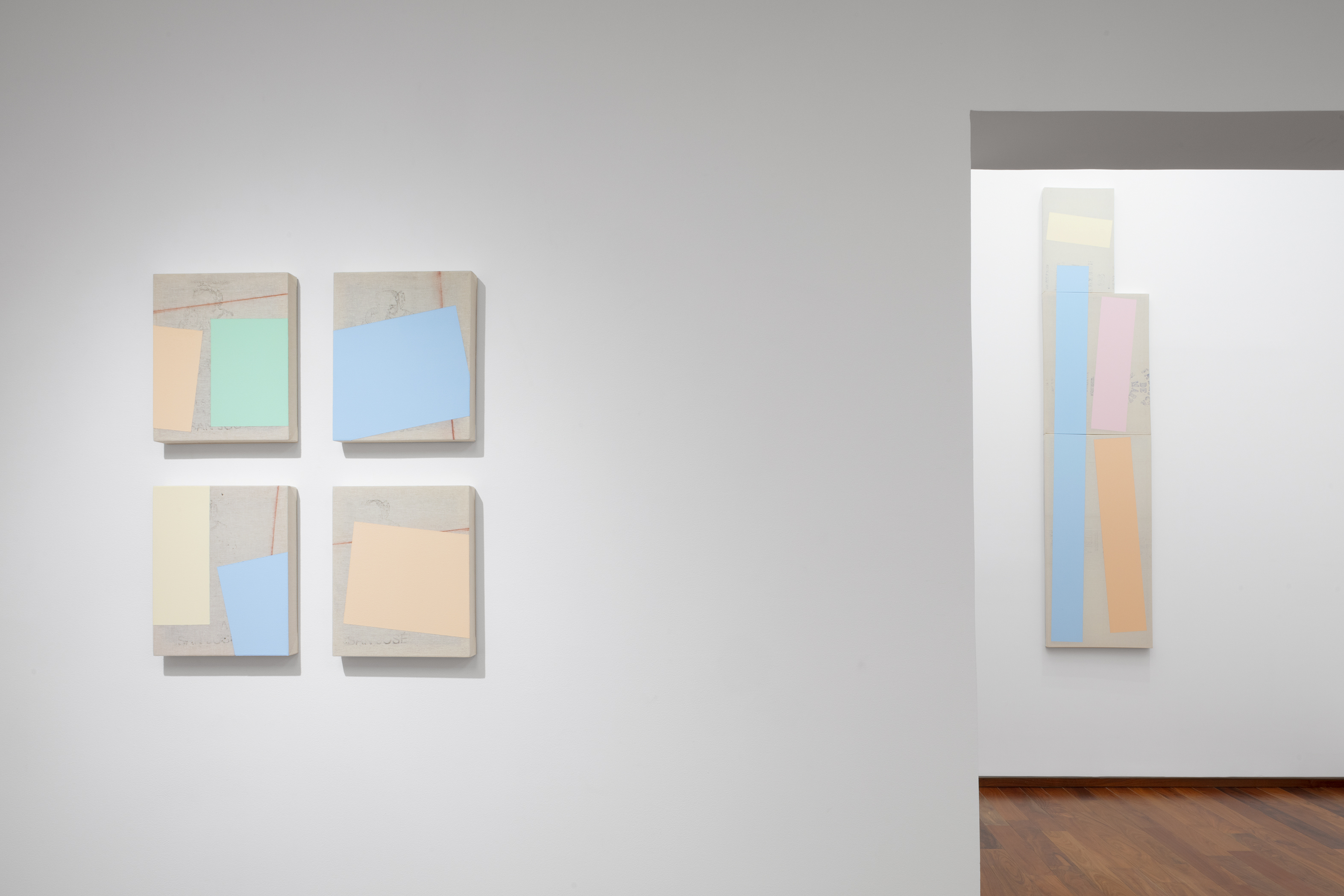 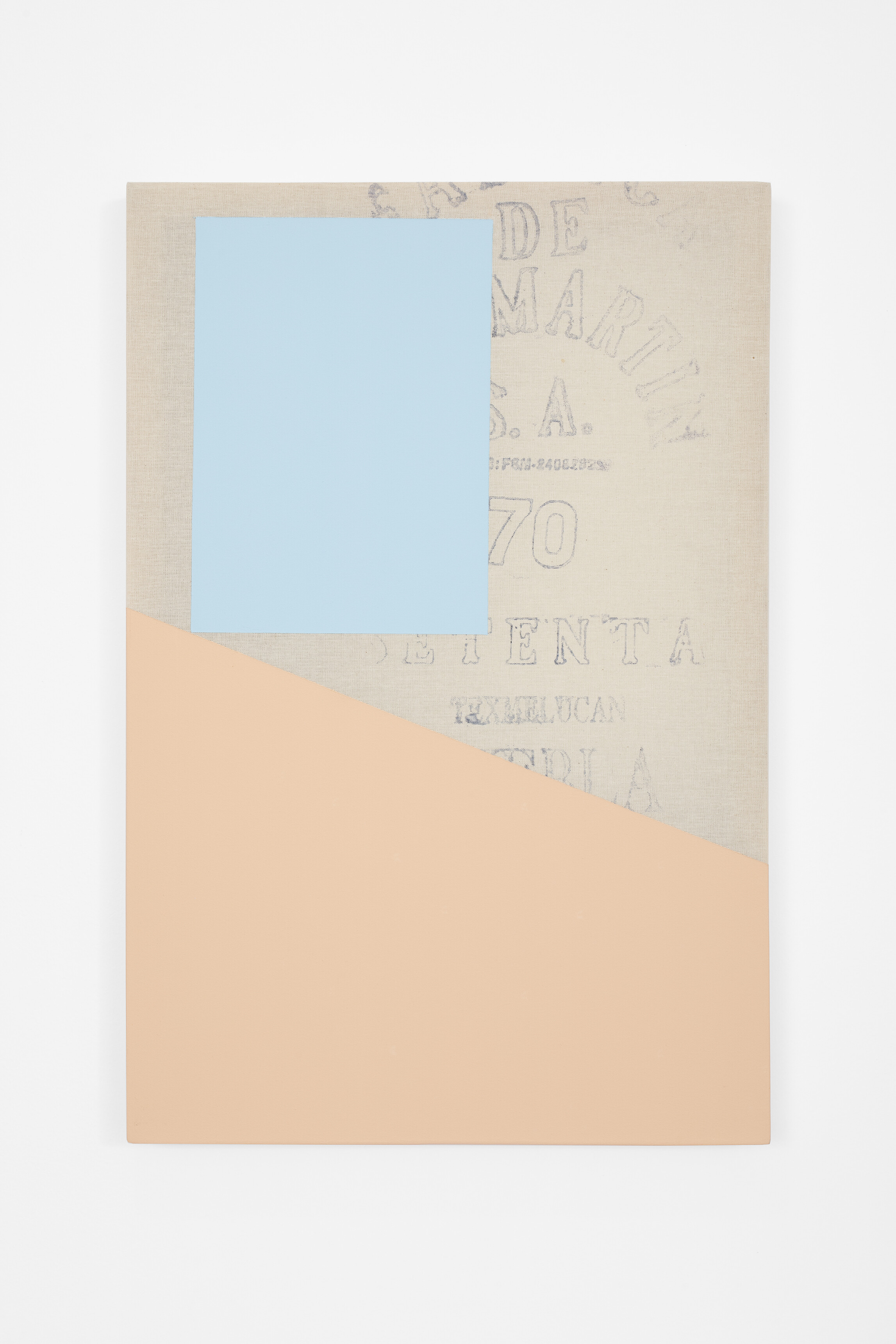 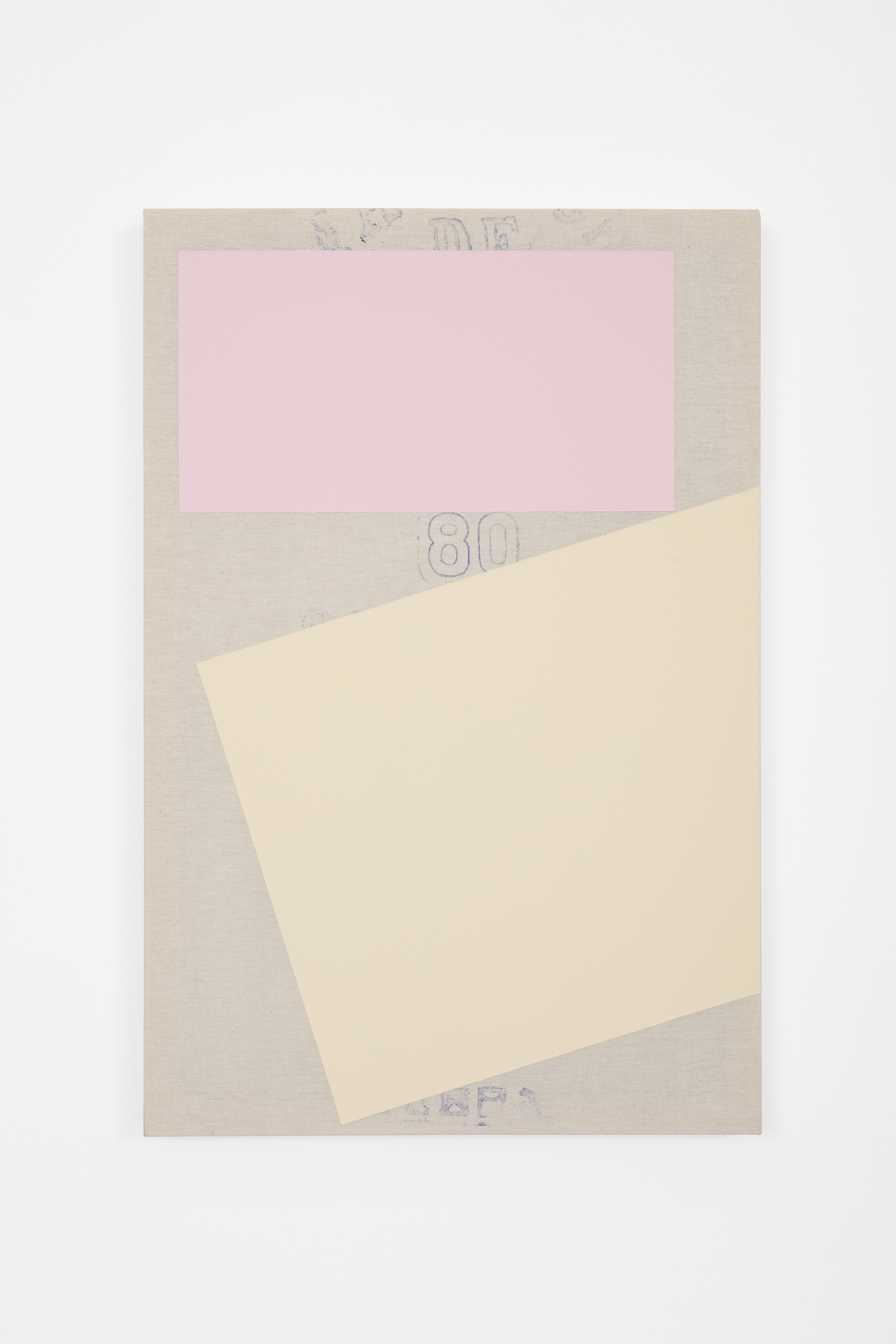 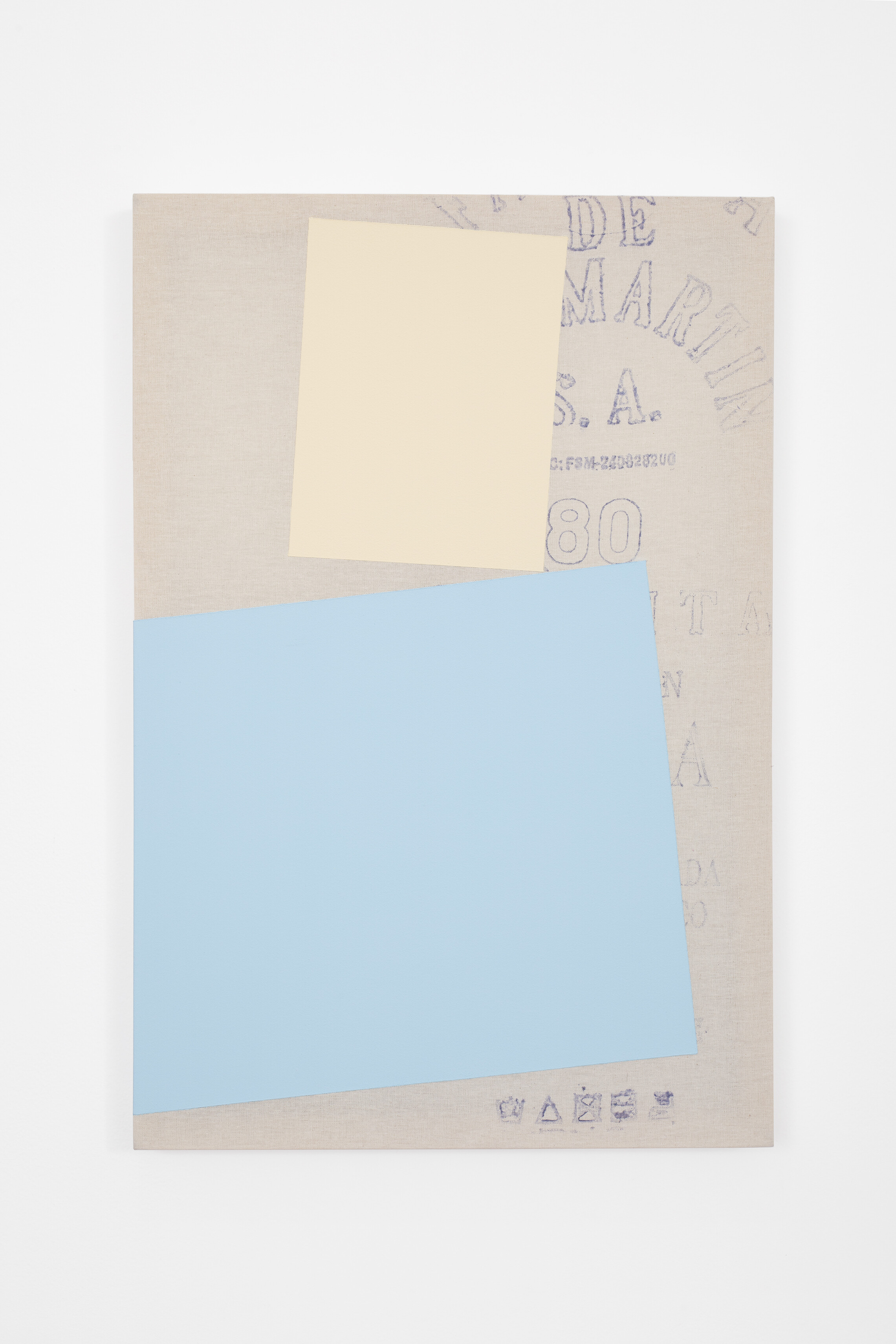 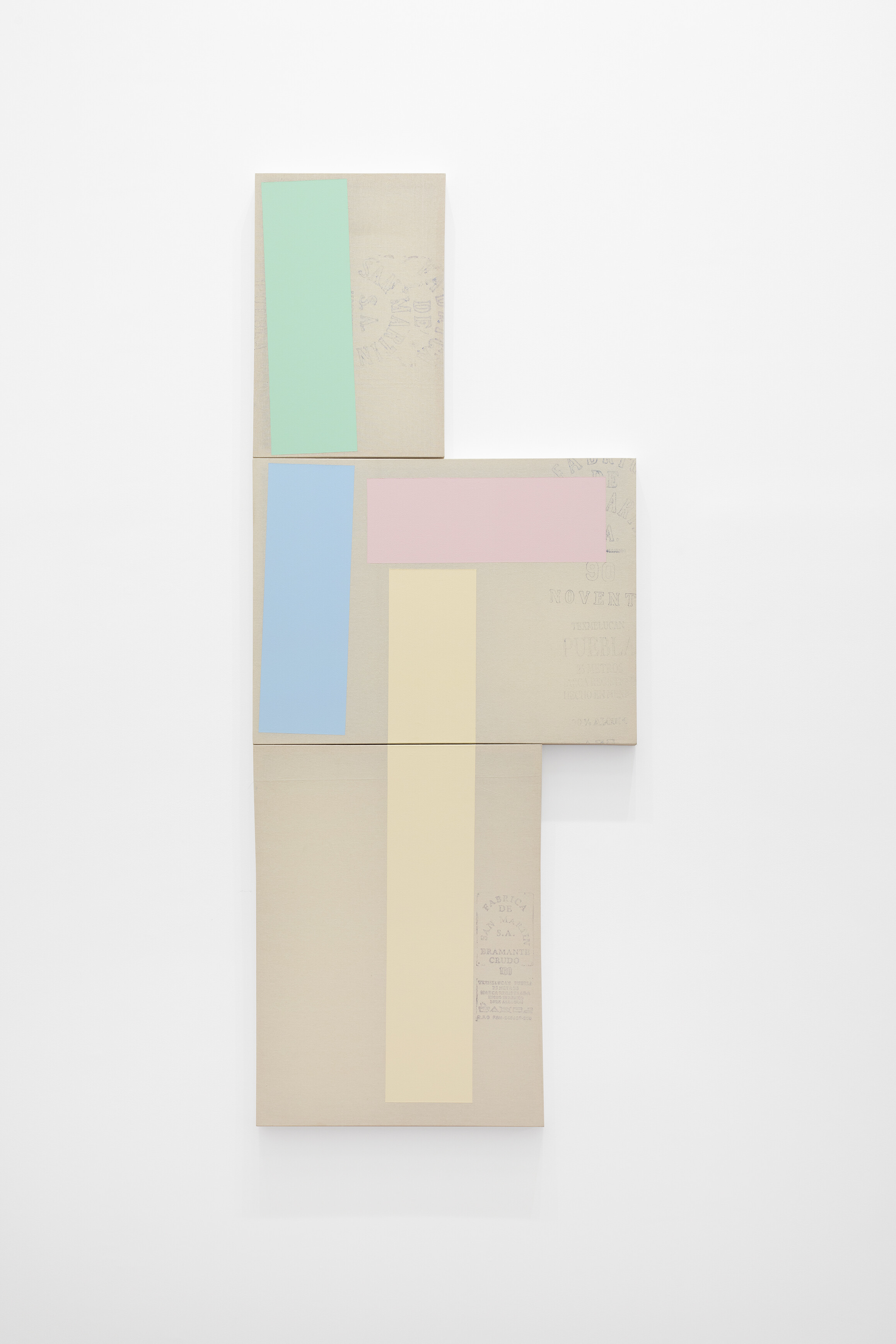 Polyptych of acrylic on canvas 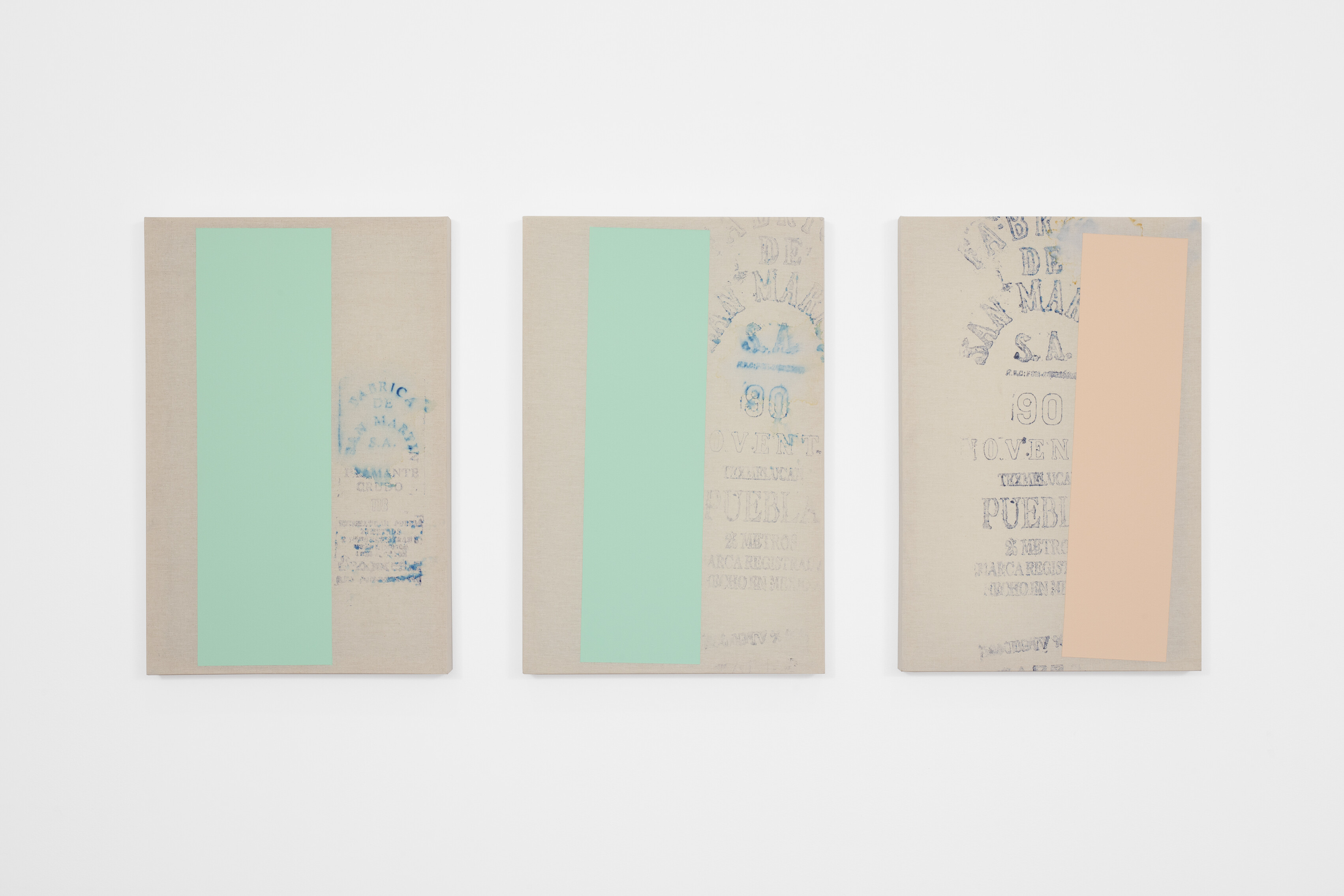 Tryptych of acrylic on canvas 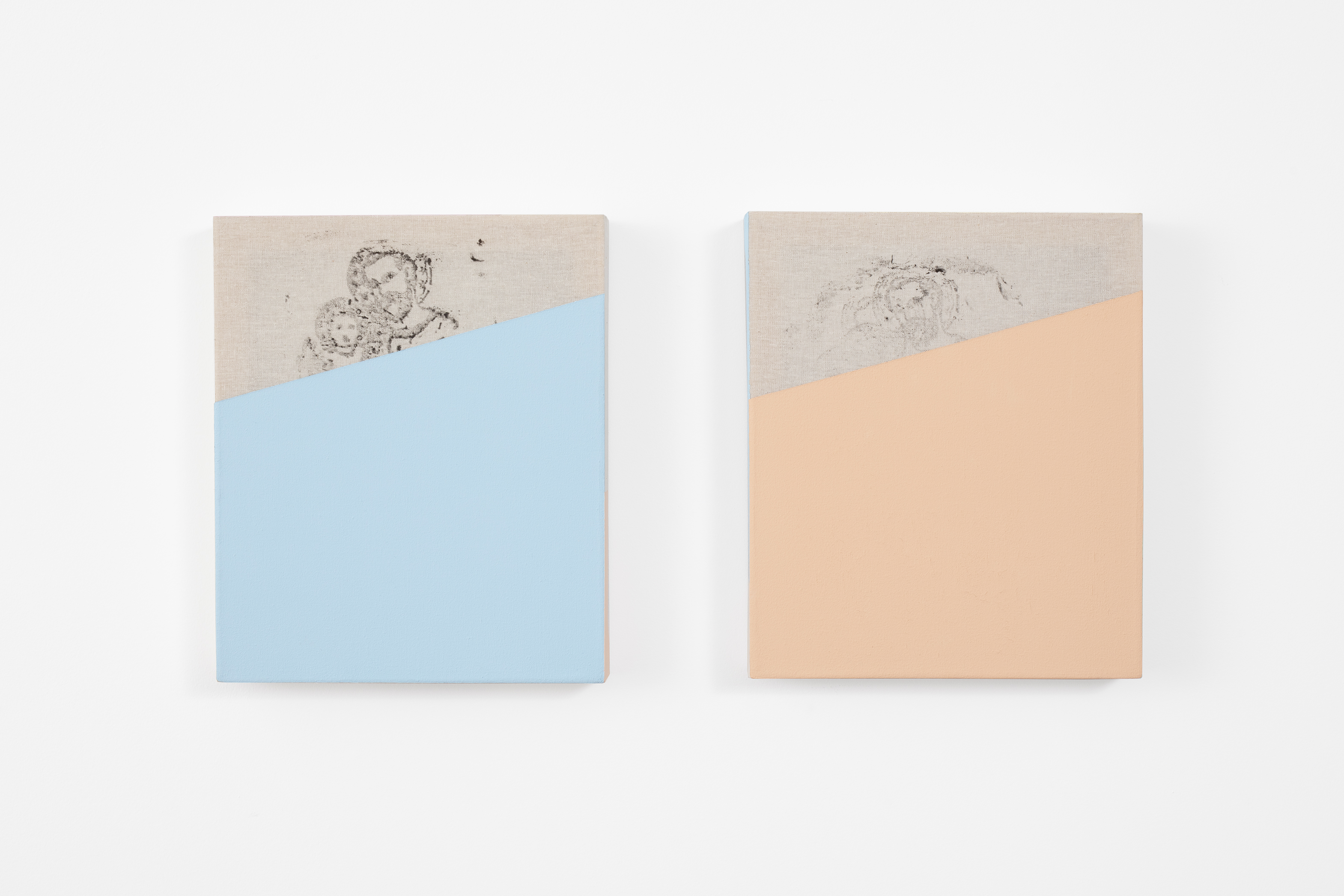 Diptych of acrylic on canvas 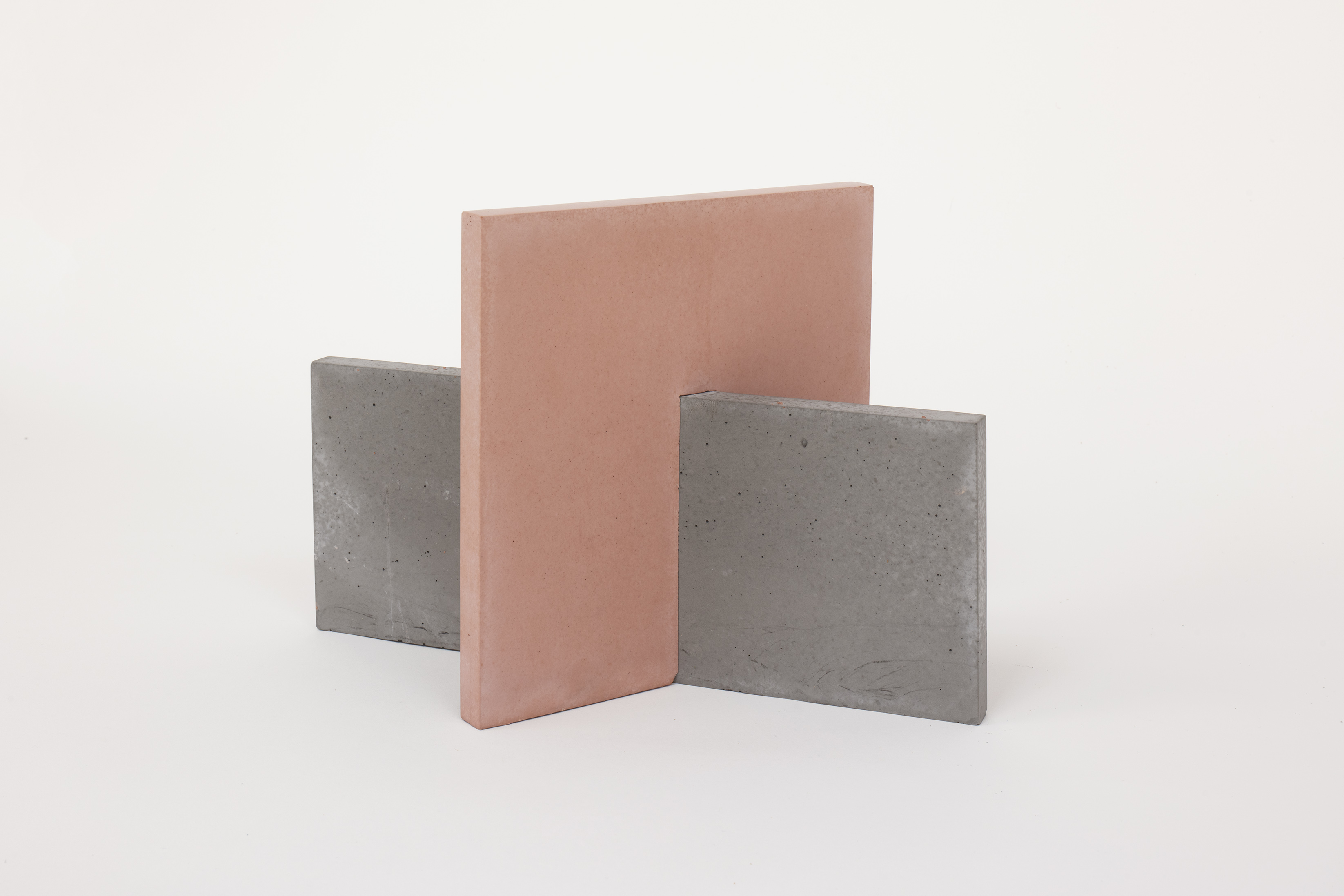 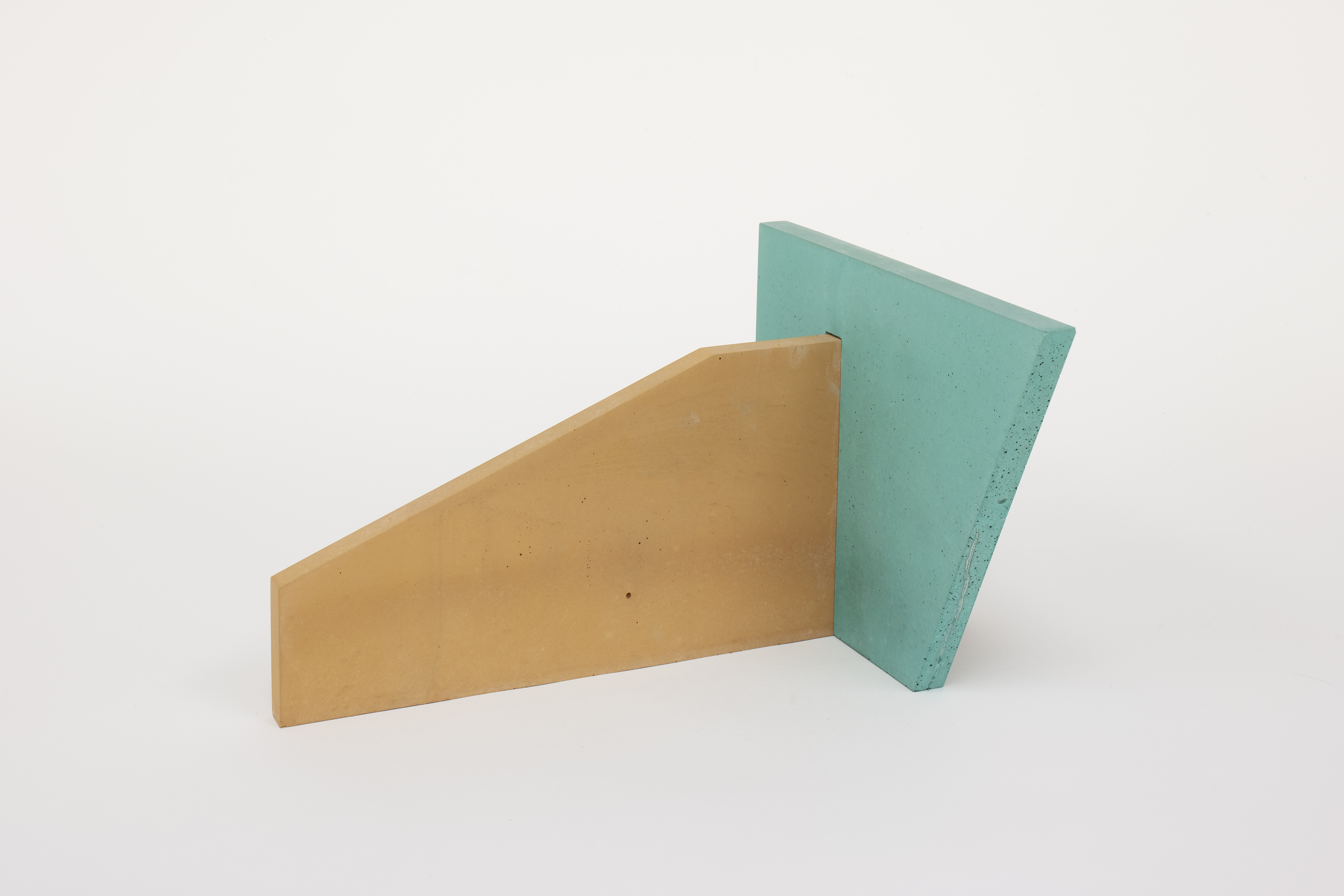 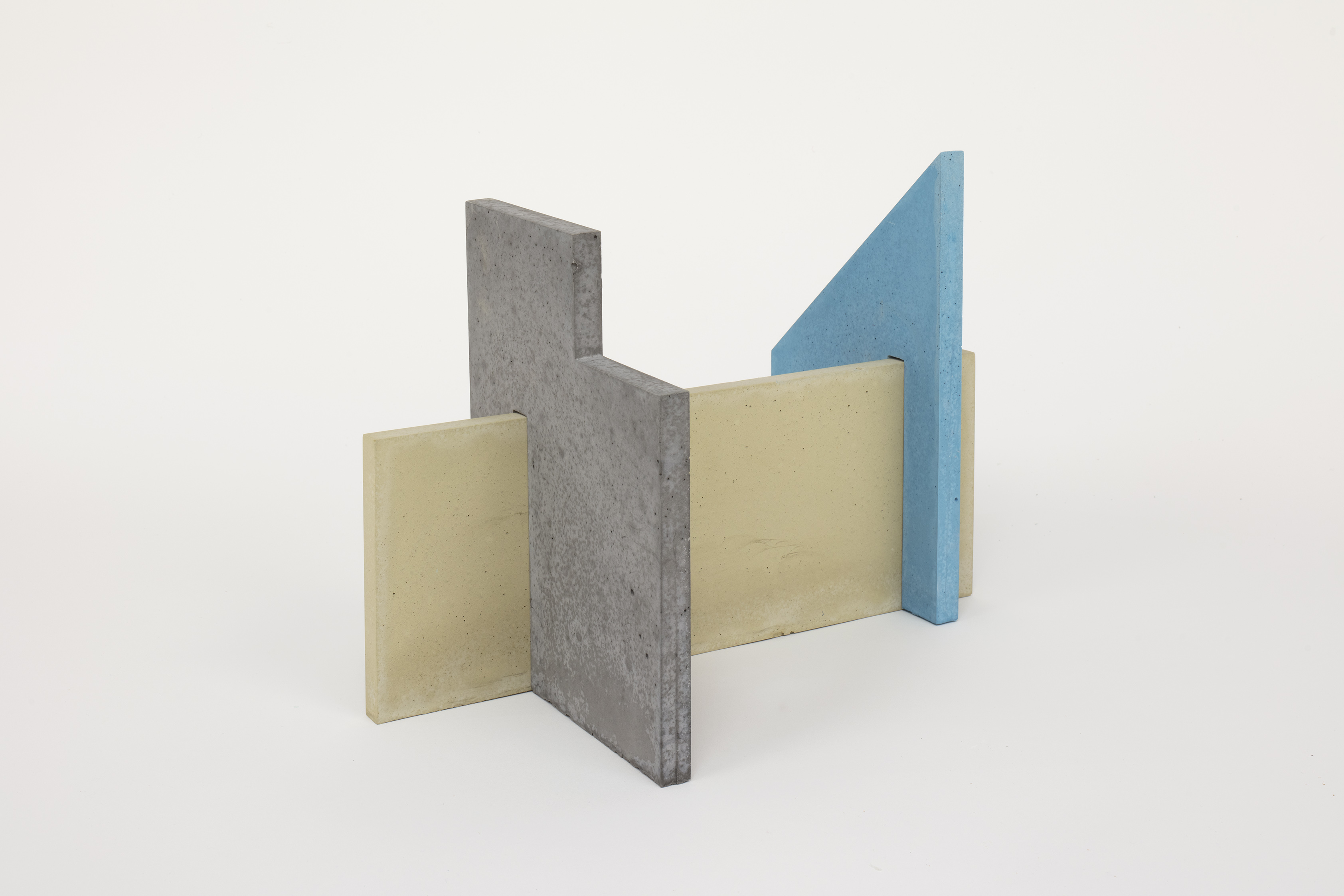 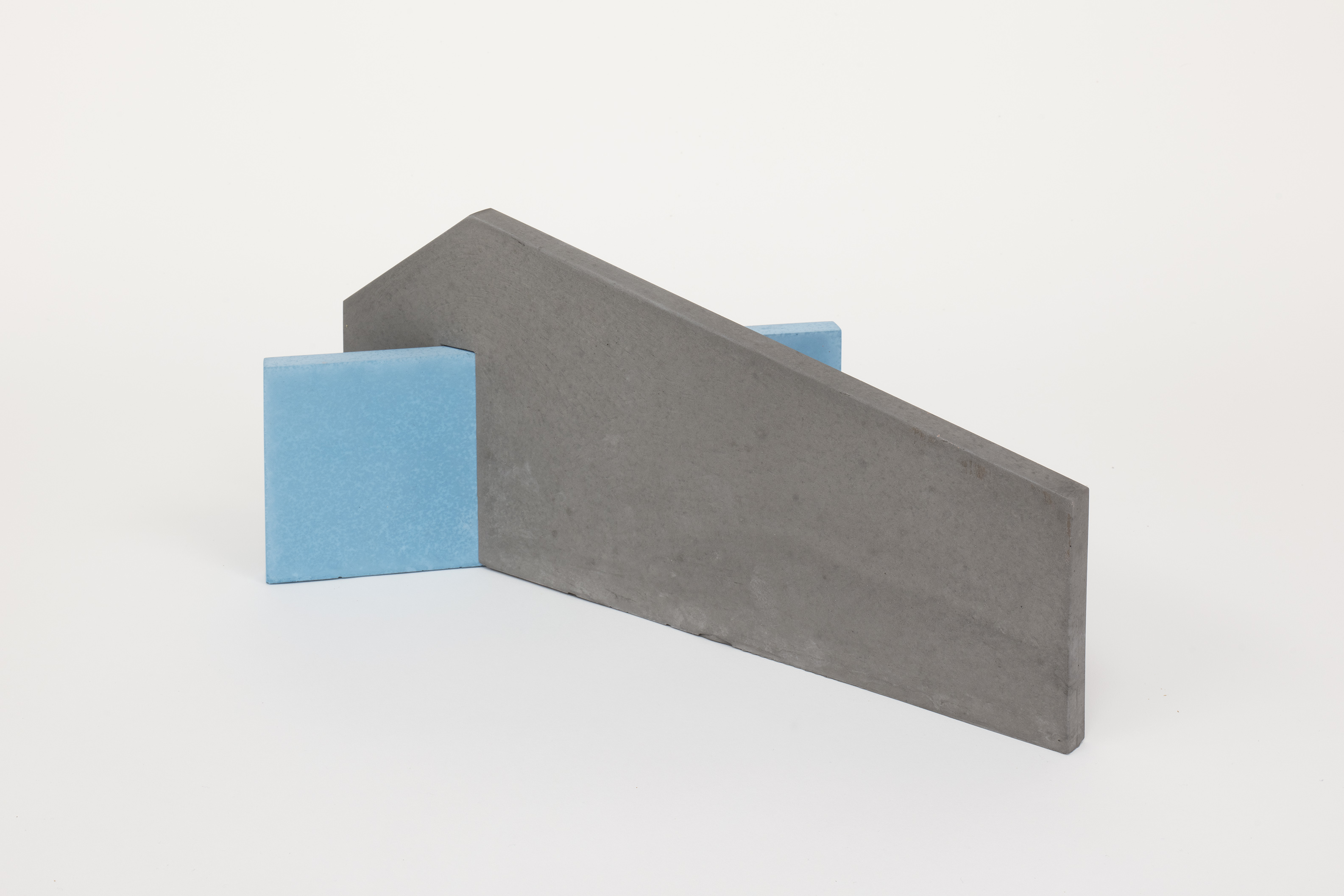 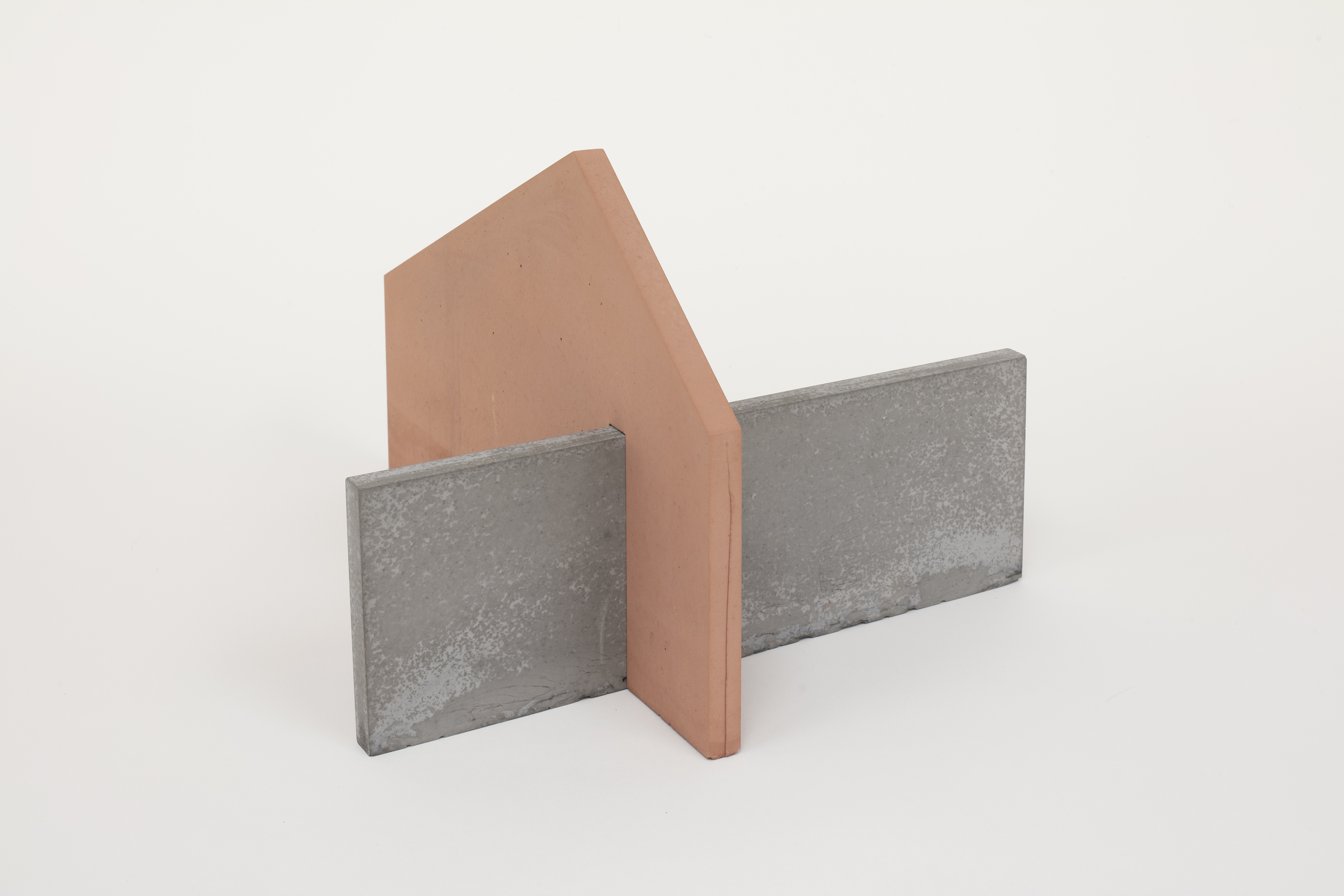 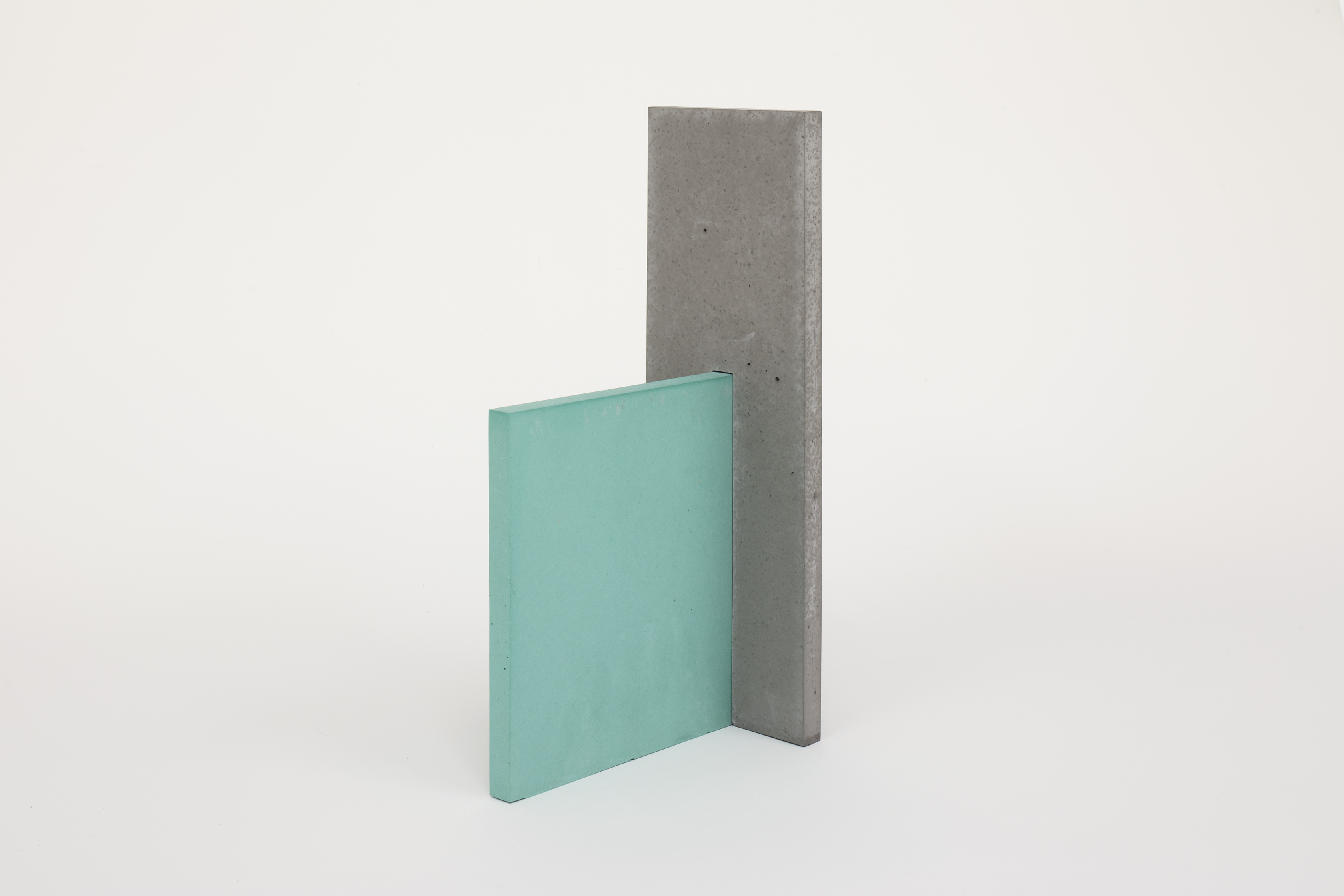 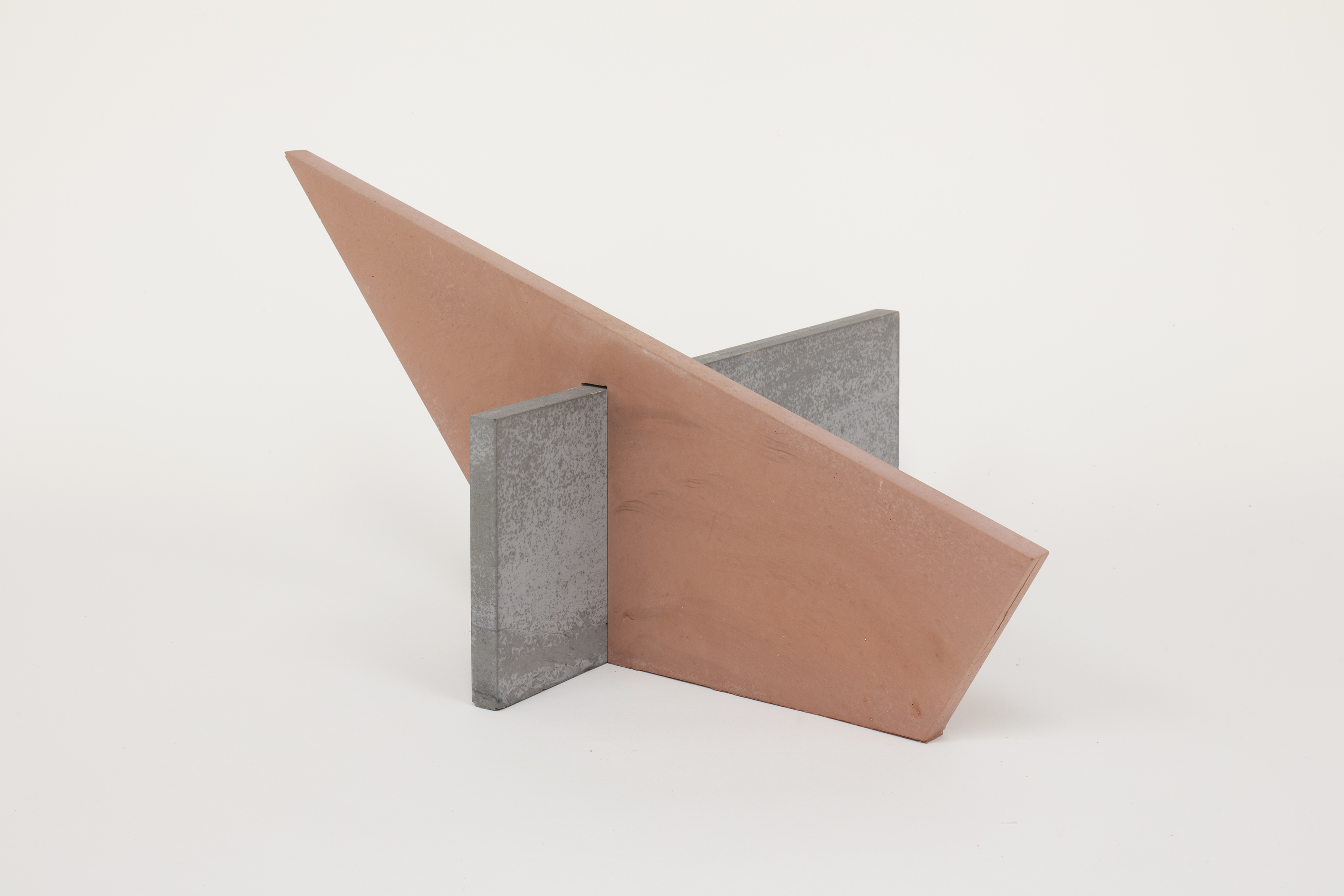 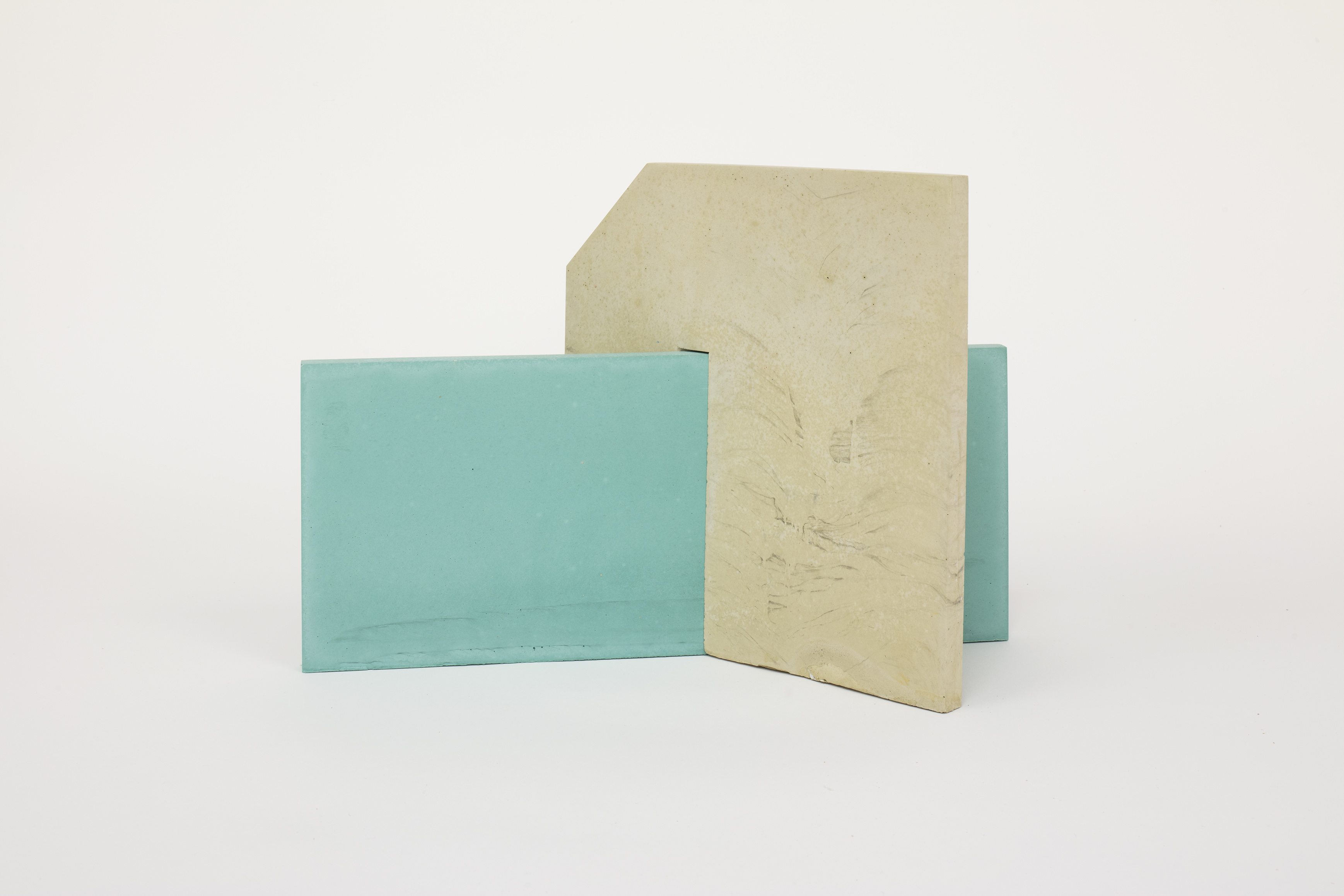