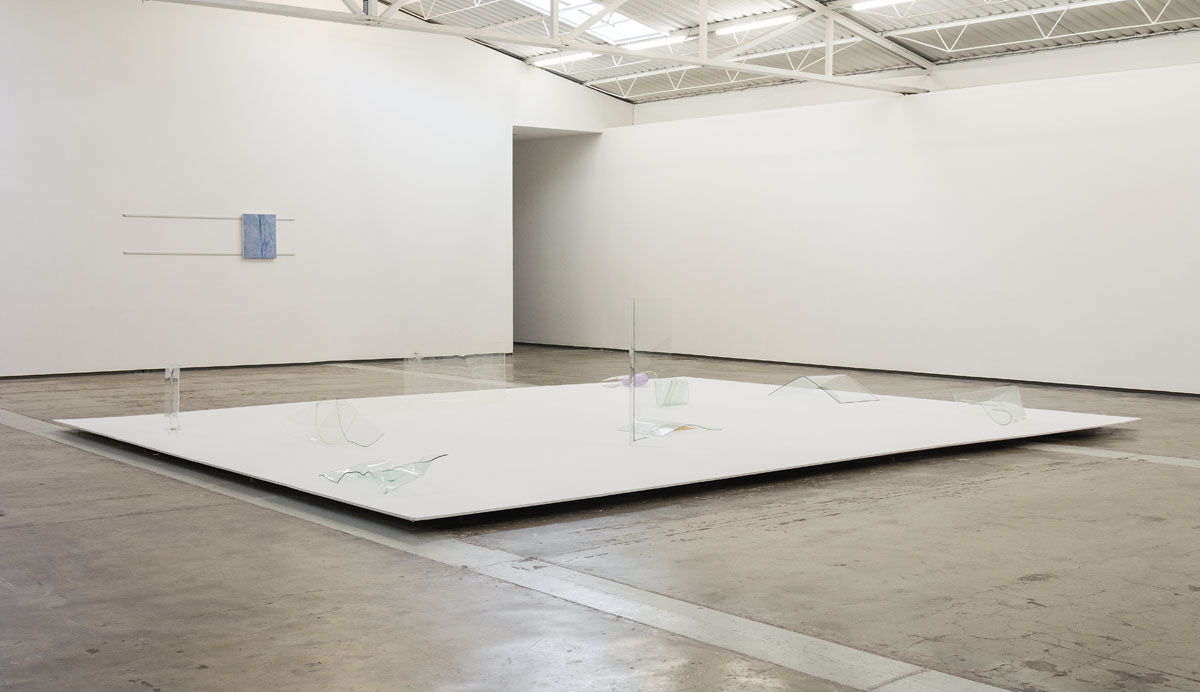 In the left side wall there is a clay vase, sun-­‐dried and 5ired in a wooden kiln. At the bottom of the vase there is an imprint of the bank card number 5ifty two, zero, four, sixteen, forty nine, forty six, 5ifty one, zero eight, ninety 5ive. It is a MasterCard debit card that expires on November of two thousand and nineteen and has the security number three, three, zero.

The card is linked to a Banamex Perfiles account with a 5ixed monthly fee and a check book.

Further, on in that same wall, there is a white marble shelf which weighs eleven kilograms and features six pairs of Freshlook Colorblends cosmetic contact lenses dipped in lens solution. The contact lenses have personalised prescriptions and colours such as sapphire, blue, honey, grey, green and pure hazel.

Additionally, six friends will wear coloured contact lenses, differing from the original colour of their eyes, while mingling in a crowd.

On the next wall there is an aluminium rail holding an oil painting portraying a stripy shirt for men. This shirt was made in Mexico from a fabric composed of sixty percent cotton and forty percent polyester.

Additionally, a man who works close by will wear this exact shirt twice a week for work, and will come by the gallery occasionally during his lunch hours between two and three of the afternoon.

In the centre of the space there are ten glass sculptures, made from the glass of my studio windows. These windows are facing north and south towards Insurgentes and Eje 2 Sur.

On the way out, at the wall next to the corridor, there is a bronze contour, which in its liquid state was poured into sand. An approximation to a real scale…. 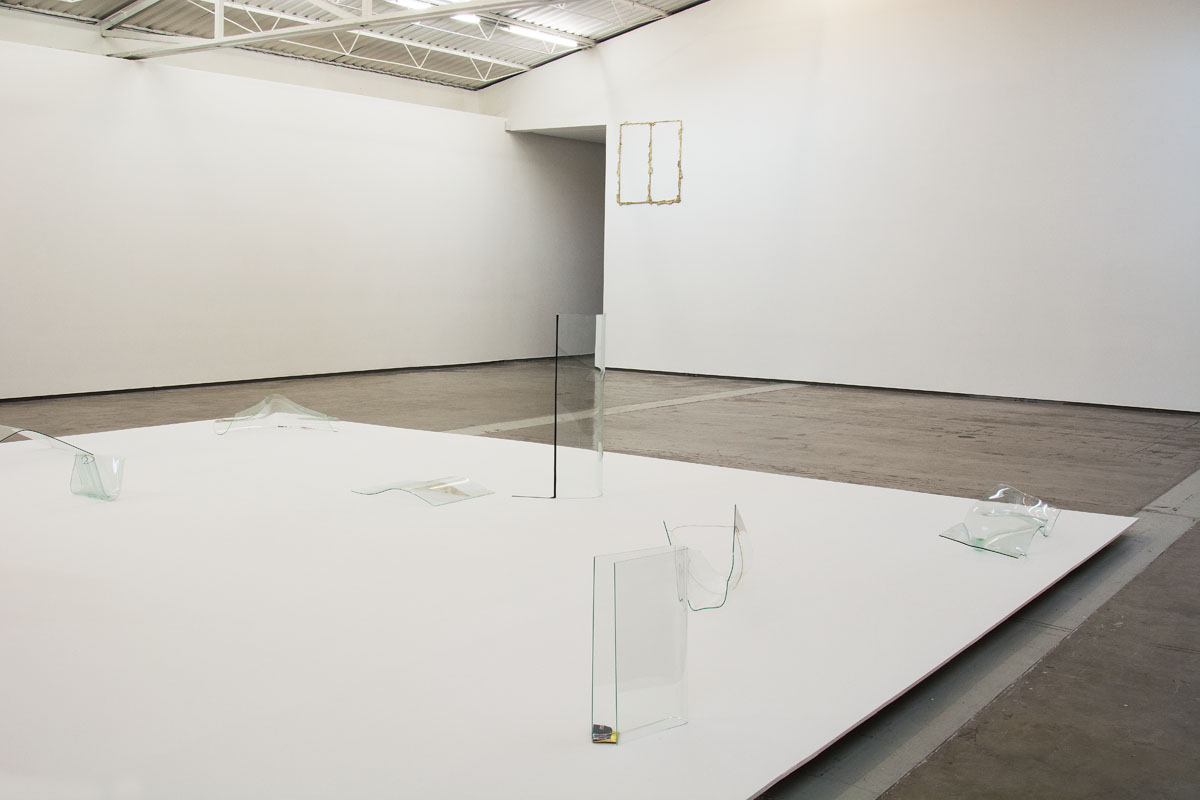 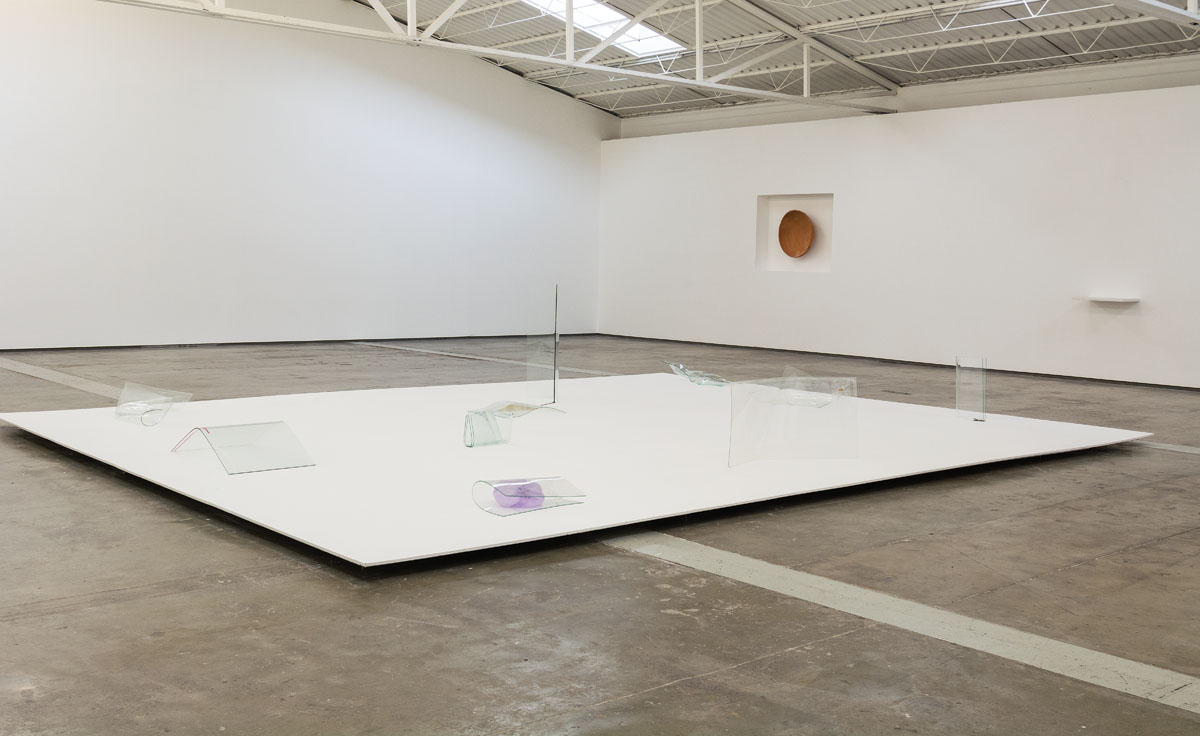 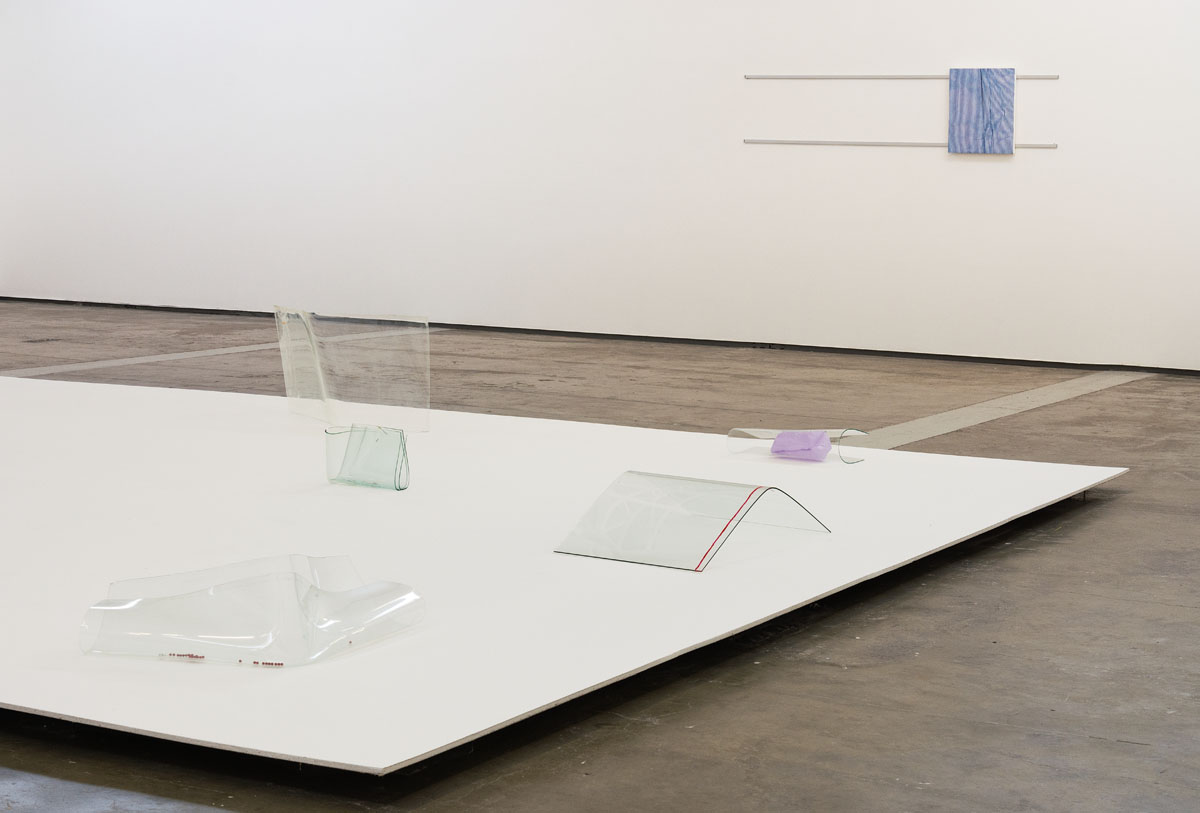 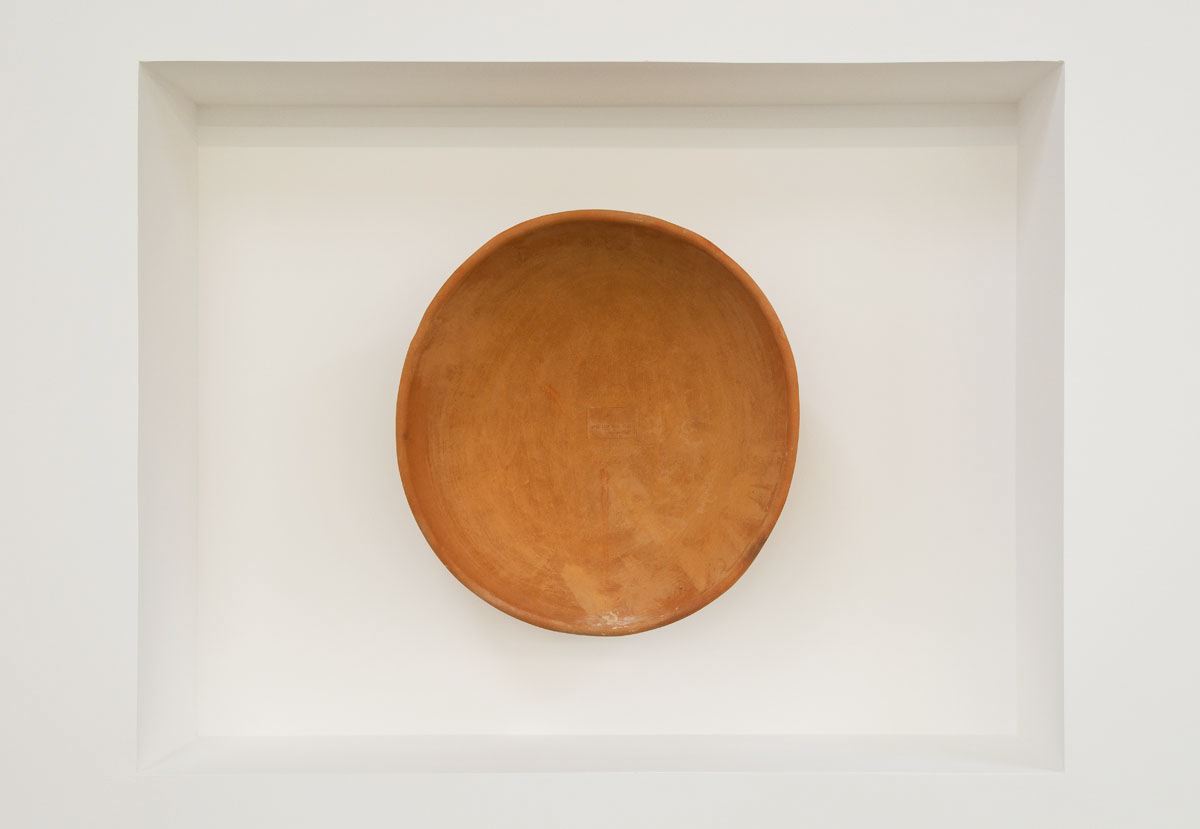 A person possessed by curiosity
,
2015 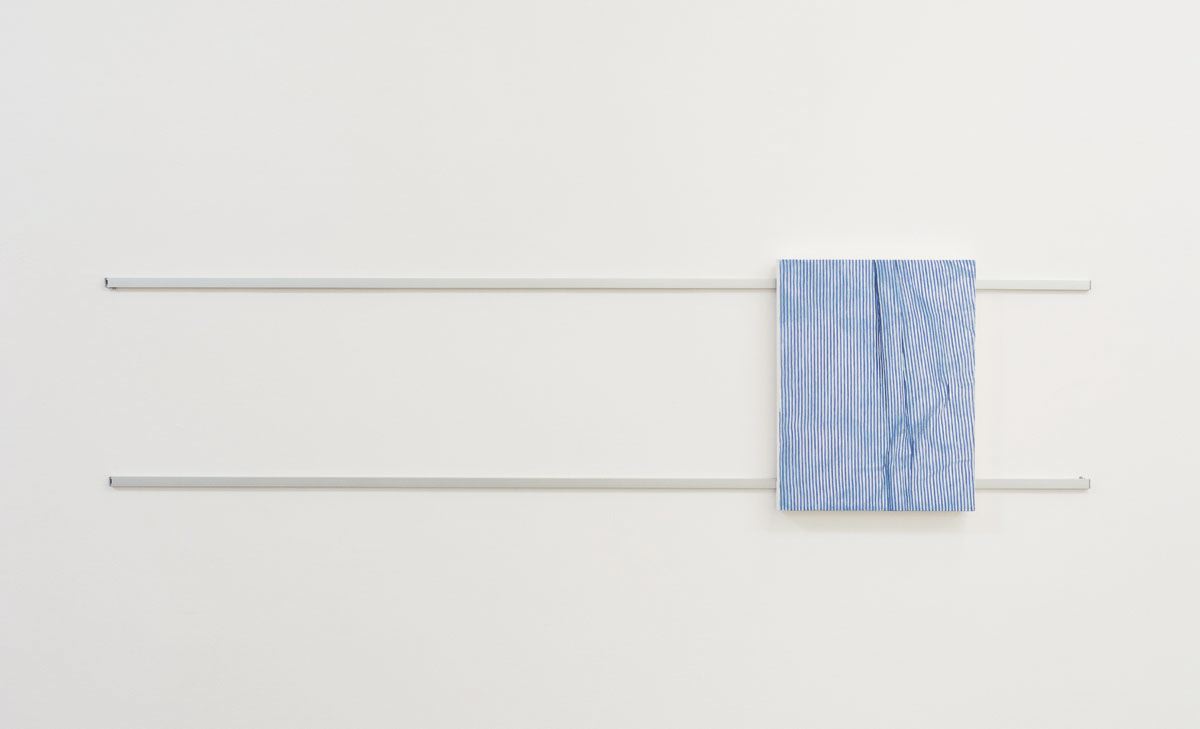 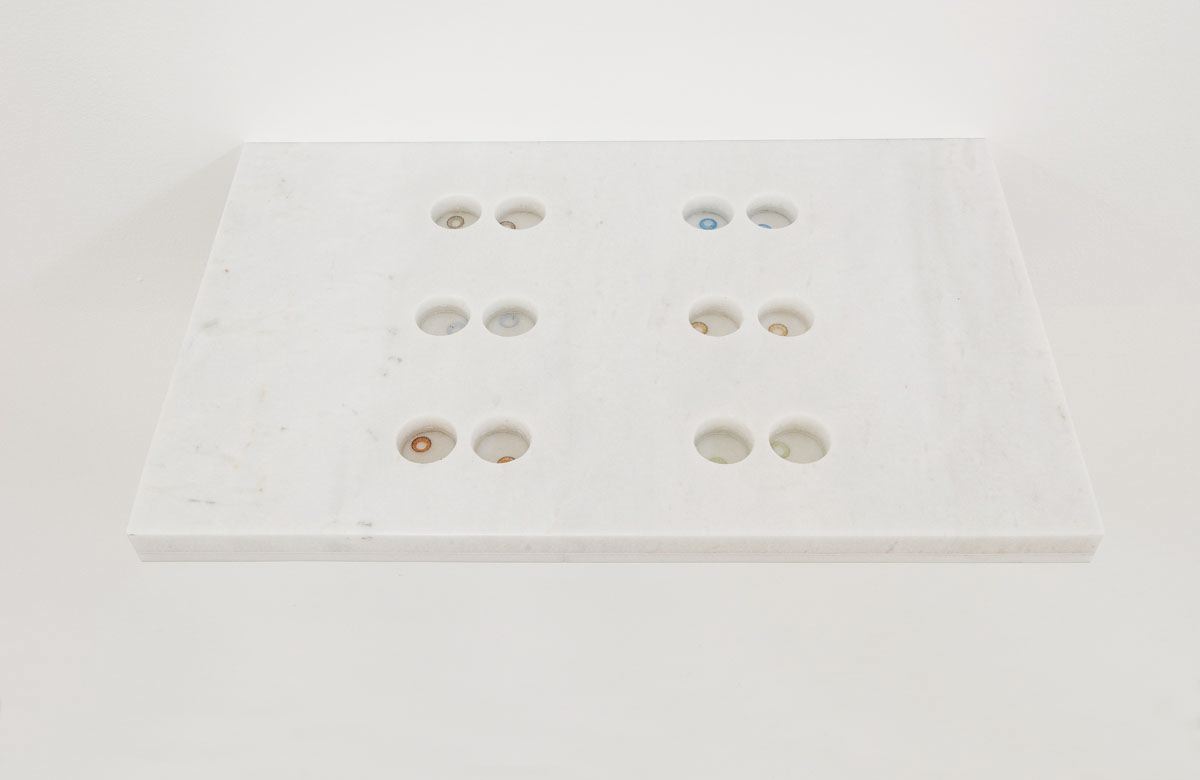 White marble, cosmetic contact lenses with personalized prescriptions and six friends within a group of people wearing contact lenses of a different color than their own eyes 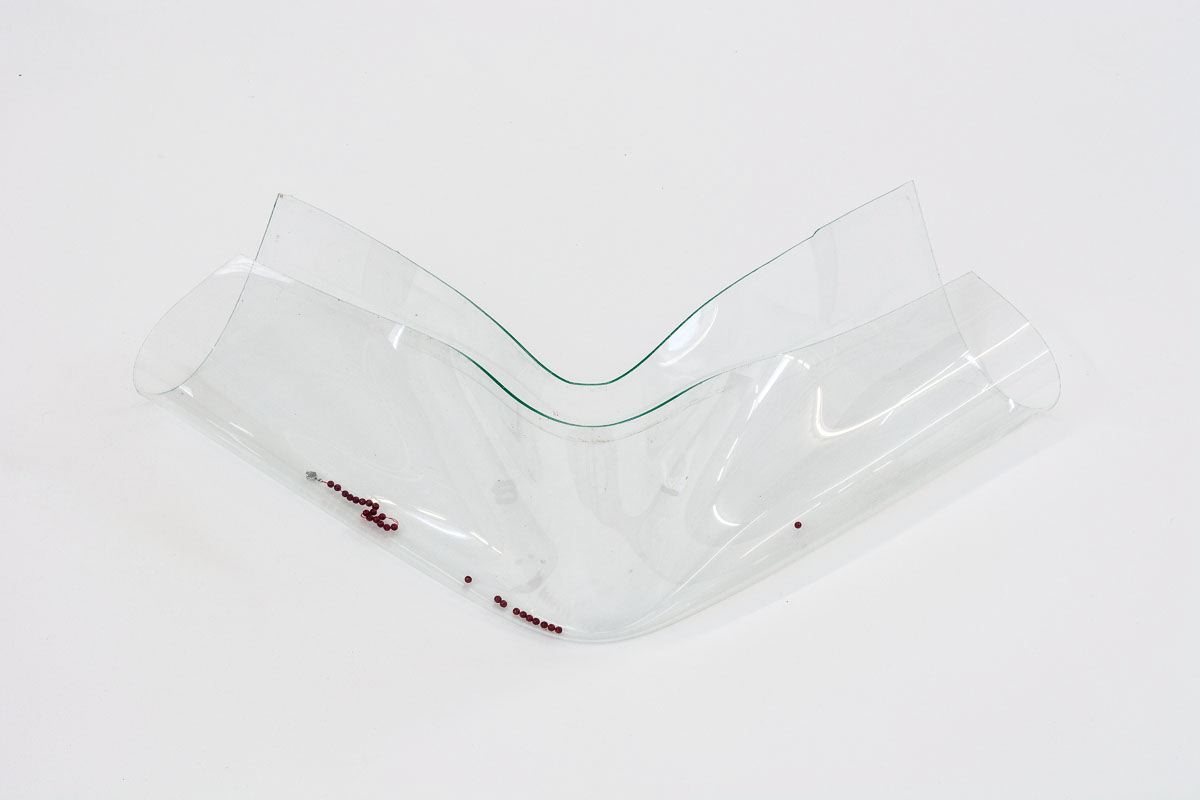 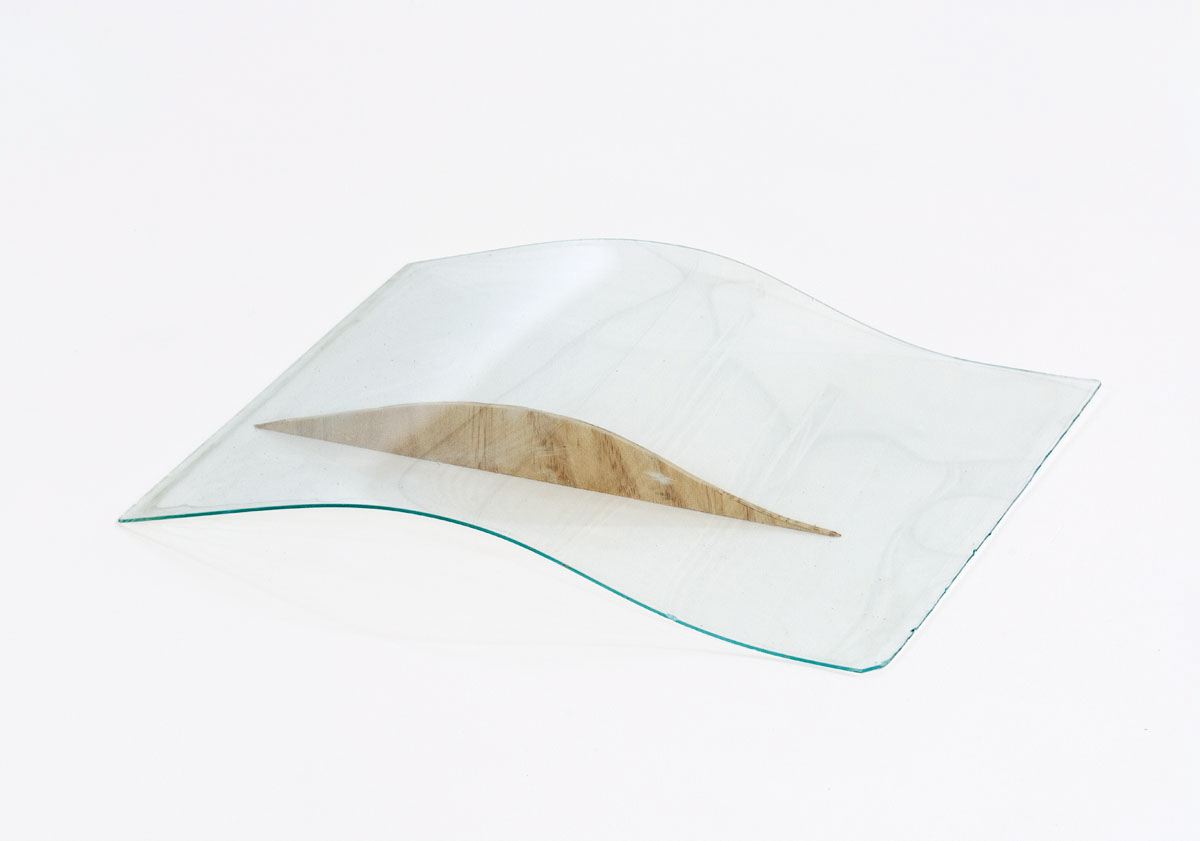 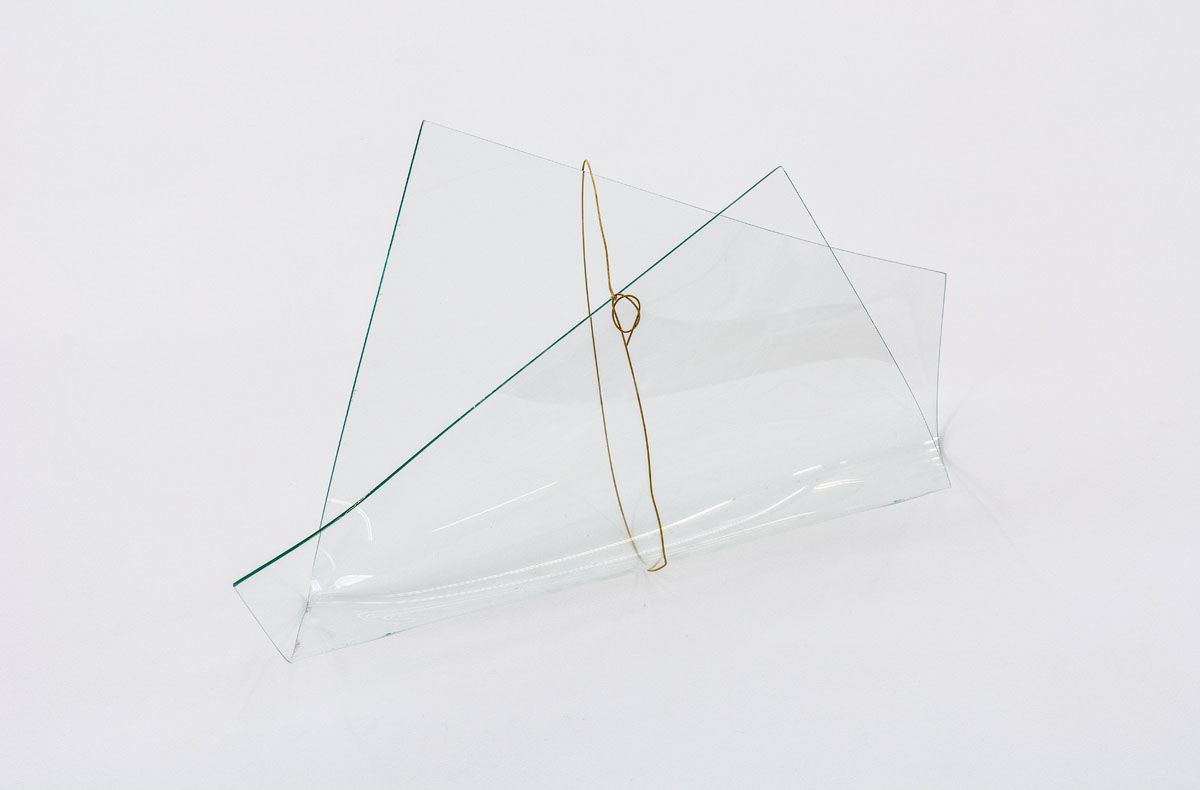