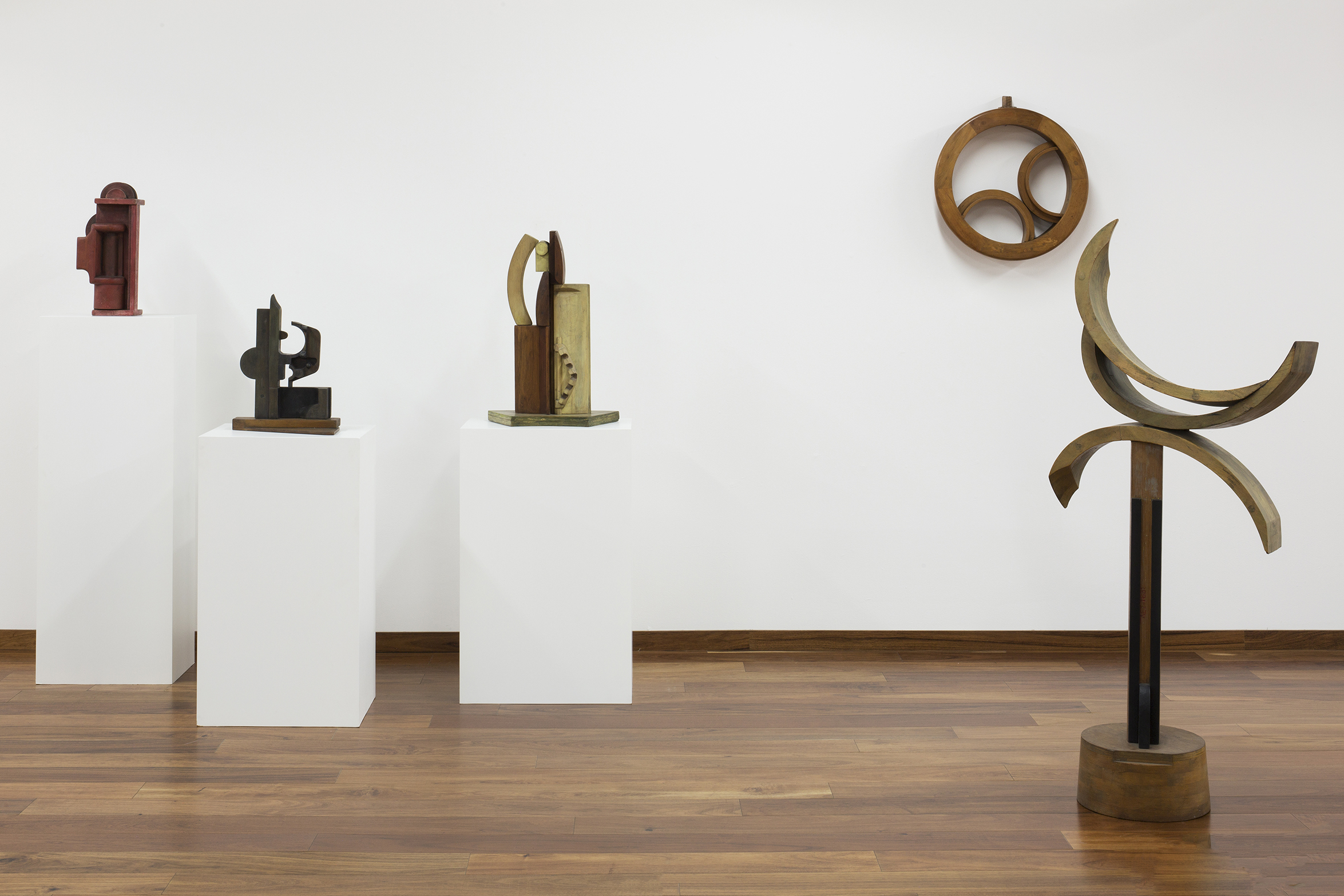 For sculptors Naomi Siegmann and Inmaculada Abarca, developing a collaborative project together was an opportunity to test out their creativity and develop a sort of hybrid workshop.  In 1994 Inmaculada Abarca learned about foundry in Mixcoac that was about to shut down, and she told Siegmann that they might be able to find material there with which to make sculptures. They ended up salvaging a set of carved pieces that had been used to cast machine parts in iron or steel (e.g., cogs, presses, clamps), and decided to use them to create their own compositions. The resulting sculptures respected their industrial origins while echoing the cubist works of the early-twentieth-century avant-gardes, enriching them with a playful, reflexive character. The sculptors' creative process involved juxtaposing different pieces with each other as they searched for new forms or symbolic meanings.

Every material has its own allegorical connotation, which is inevitably reflected in the meaning and execution of the final work. With this in mind, the artists opted to modify these molds as little as possible and instead to seek out their inherent meanings. First they chose the pieces with which they would work —respecting the forms and possible pairings— and tested out ways of fitting them together. Then they stripped the varnish in order to restore the original finish of the wood, and gradually put the individual pieces in dialogue with each other until their artistic vision led to the discovery of a new meaning for these objects.

"The challenge we faced," Naomi Siegmann explained, "was to use these objects to create sculptures and to clean years' worth of dust from work that had been performed by very skillful hands that gave technical solutions to countless craft processes. We also discovered that, in this place where function had once determined form, the process could now be reversed to enable these forms to recreate a function: involving the spectator in a dialogue with the pieces and their own constructive space." [1] Their work consisted in organizing the chaos and dispersion of the former foundry's molds in order to establish a relationship between the whole and its parts. As is apparent in the pieces of this exhibition, made in 1994 and 1995, each work stimulates the viewer's perception and plays with the way things "ought to be" in order to elicit a reaction that changes their way of seeing the world; for, in a way, makes possible that the sculptor's job goes from form to flow and for the observers to transform it into a different structure.

The titles of the sculptures were also chosen jointly by Abarca and Siegmann, and reflected their interest in attending to the formal dialogue enacted by each piece, which arose through the exercise of assemblage.  Each title, like M.6-Árbol [M.6-Tree], Agosto blanco [White August] or Pequeño templo [Little Temple], offers guidelines for interpreting the pieces and result from the conceptual and material syntheses embodied in the different assemblages. Siegmann and Abarca both contributed ideas that reshaped the pieces on the basis of their co-authorship, and which crystallized their meanings in their respective titles.

By salvaging the molds from the foundry and manipulating them in search of organic forms, they understood that reusing this material was also a way of extending their previous labors as artists. By 1995 Siegmann could no longer carve wood as a result of her advanced rheumatoid arthritis, which had begun in 1985, and before this project with Abarca she had thought her career was over. Nevertheless, together they discovered that they could bring life to these molds and thereby transmit concepts and concerns through the abstract pieces that resulted from this experimentation, while at the same time making manifest their handling of matter: sculpture as the signification of bodies in space.

There are transcendent pieces become timeless all by themselves. If a recreated object leaves us with a certain impression or unsettles us, this is because it represents the essence of art, which extends beyond a given historical and artistic context. It is there that the role of sculpture crystallizes as another way of referring to our history that simultaneously makes it possible for us to talk about it in the present. The impressions experienced in Assemblages continue Naomi Siegmann and Inmaculada Abarca's interest in allowing spectators to dialogue with the pieces and with their own space. 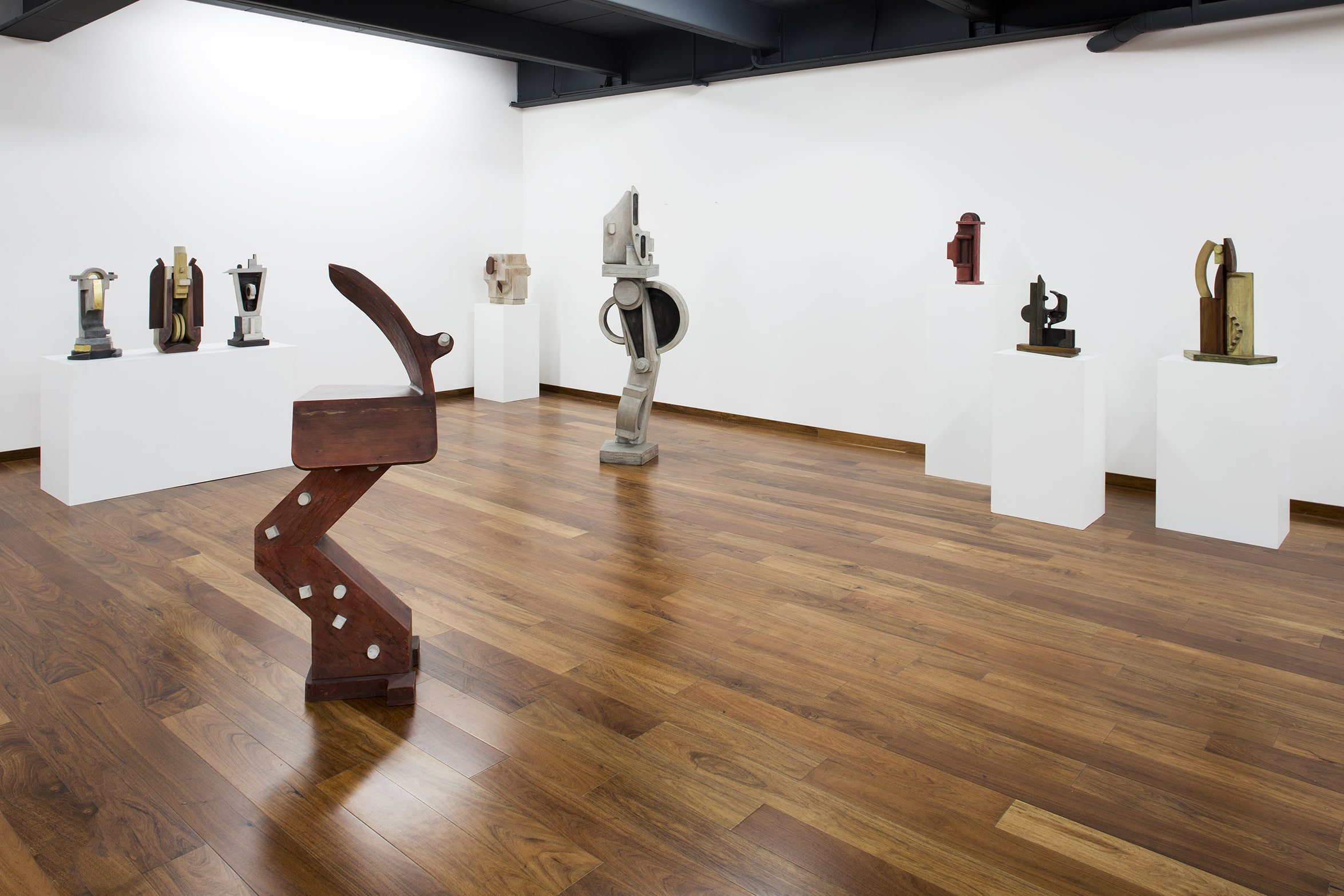 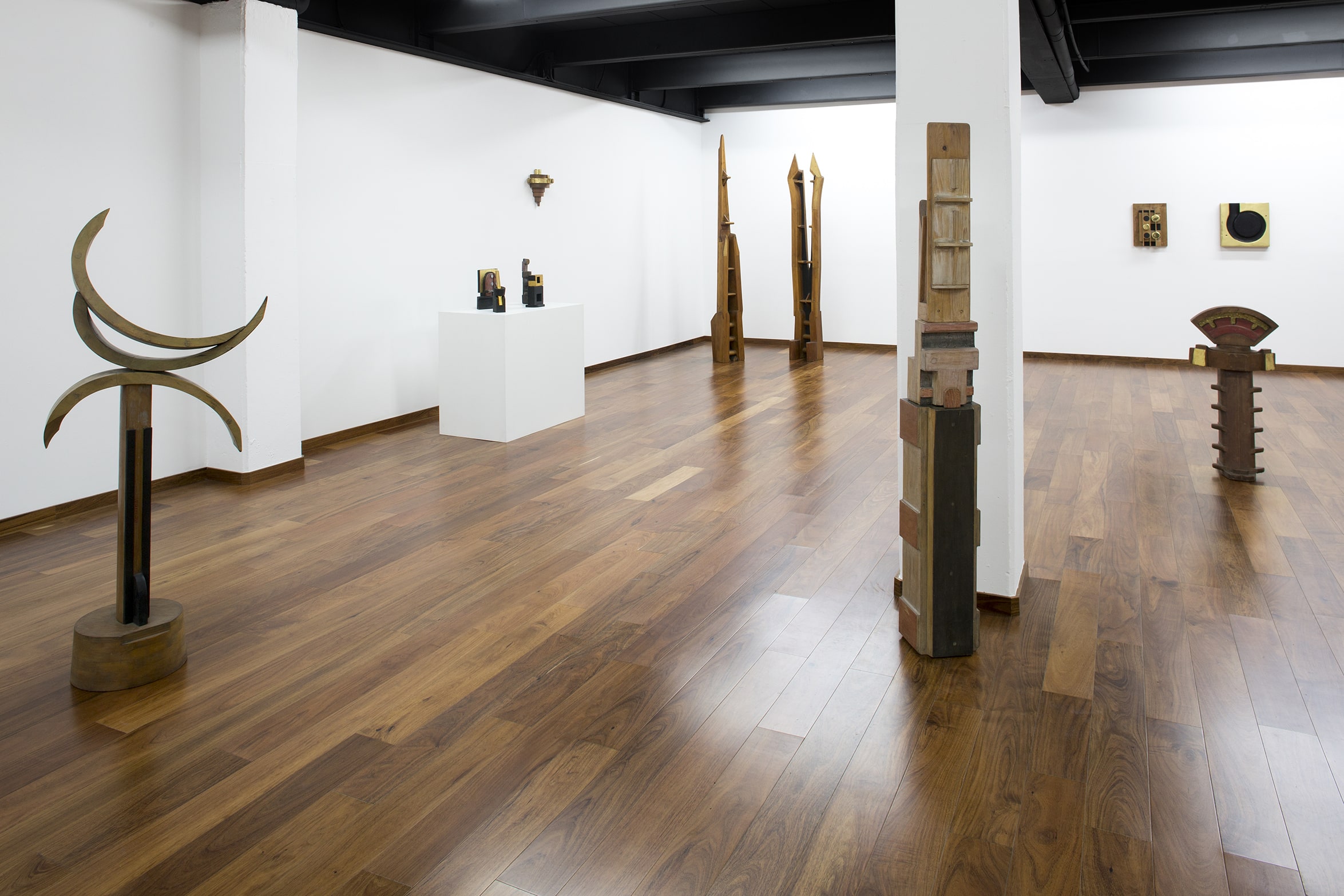 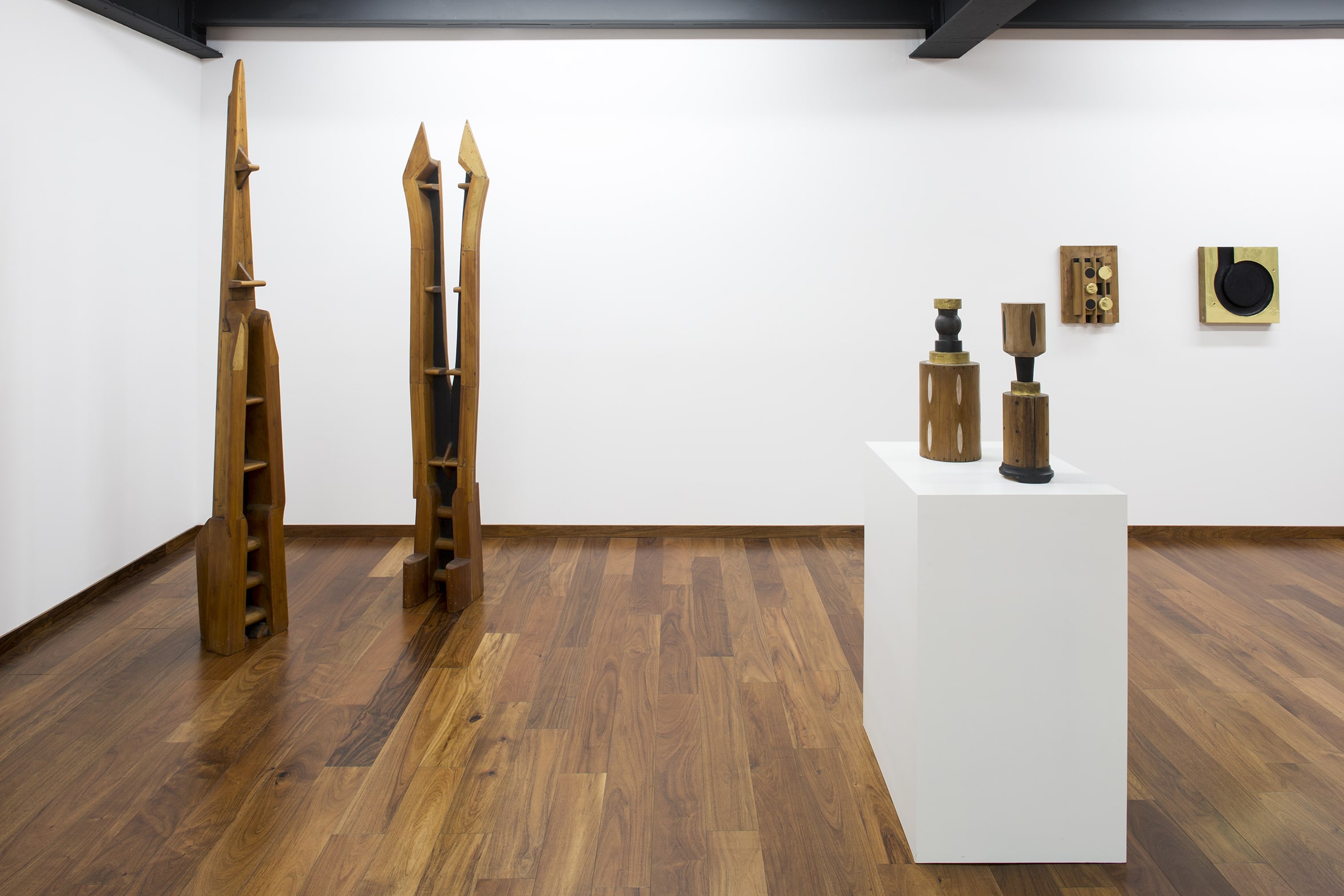 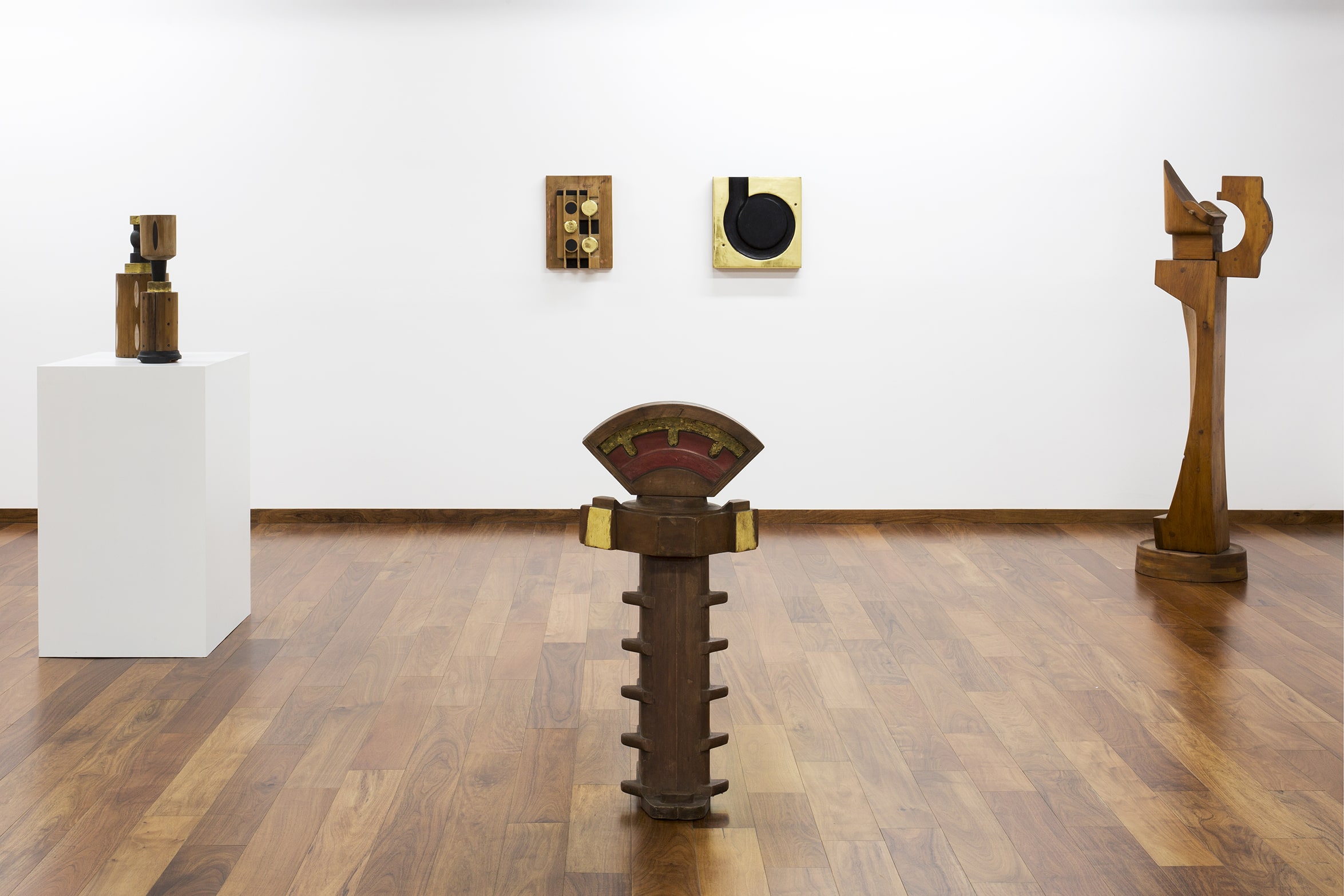 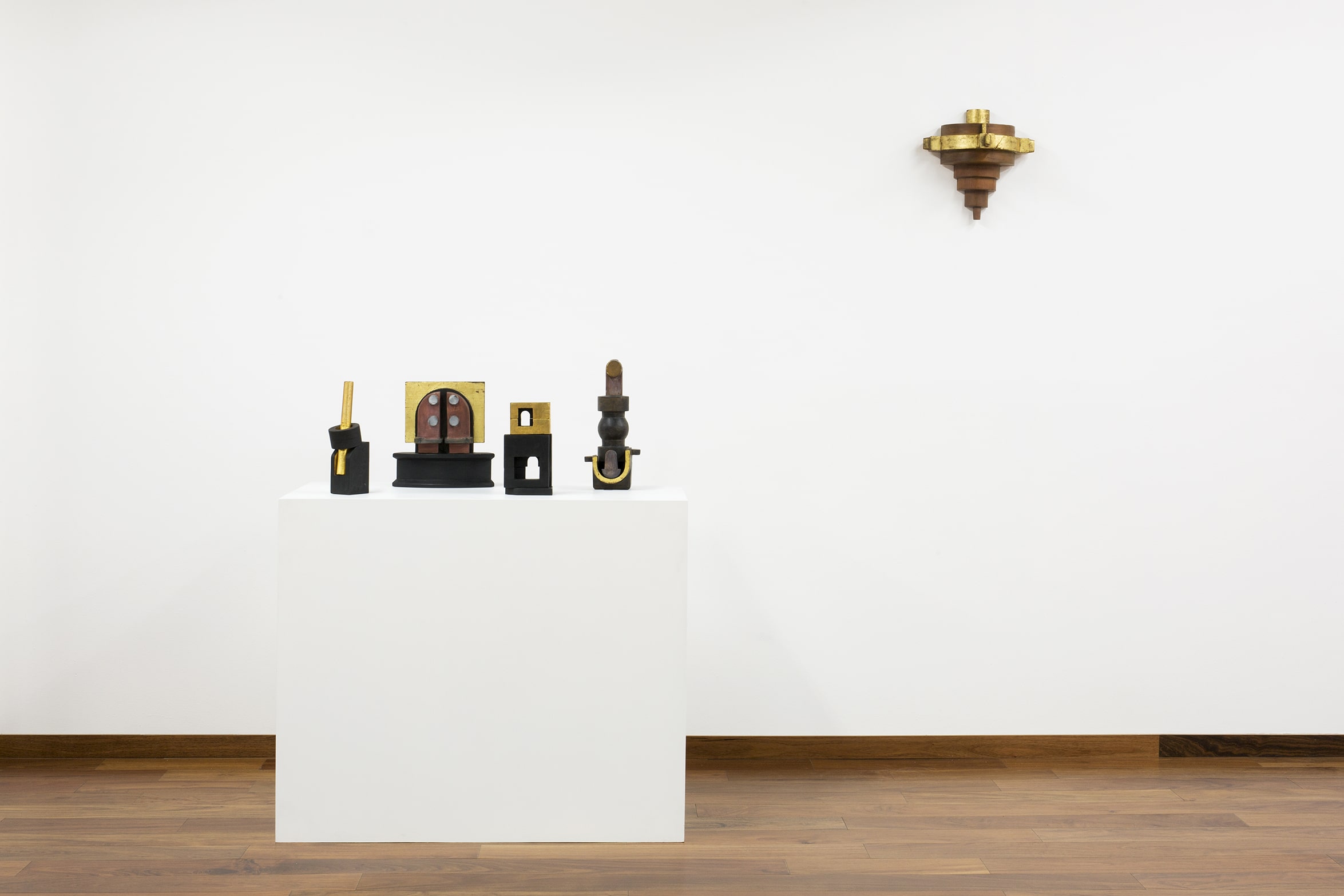 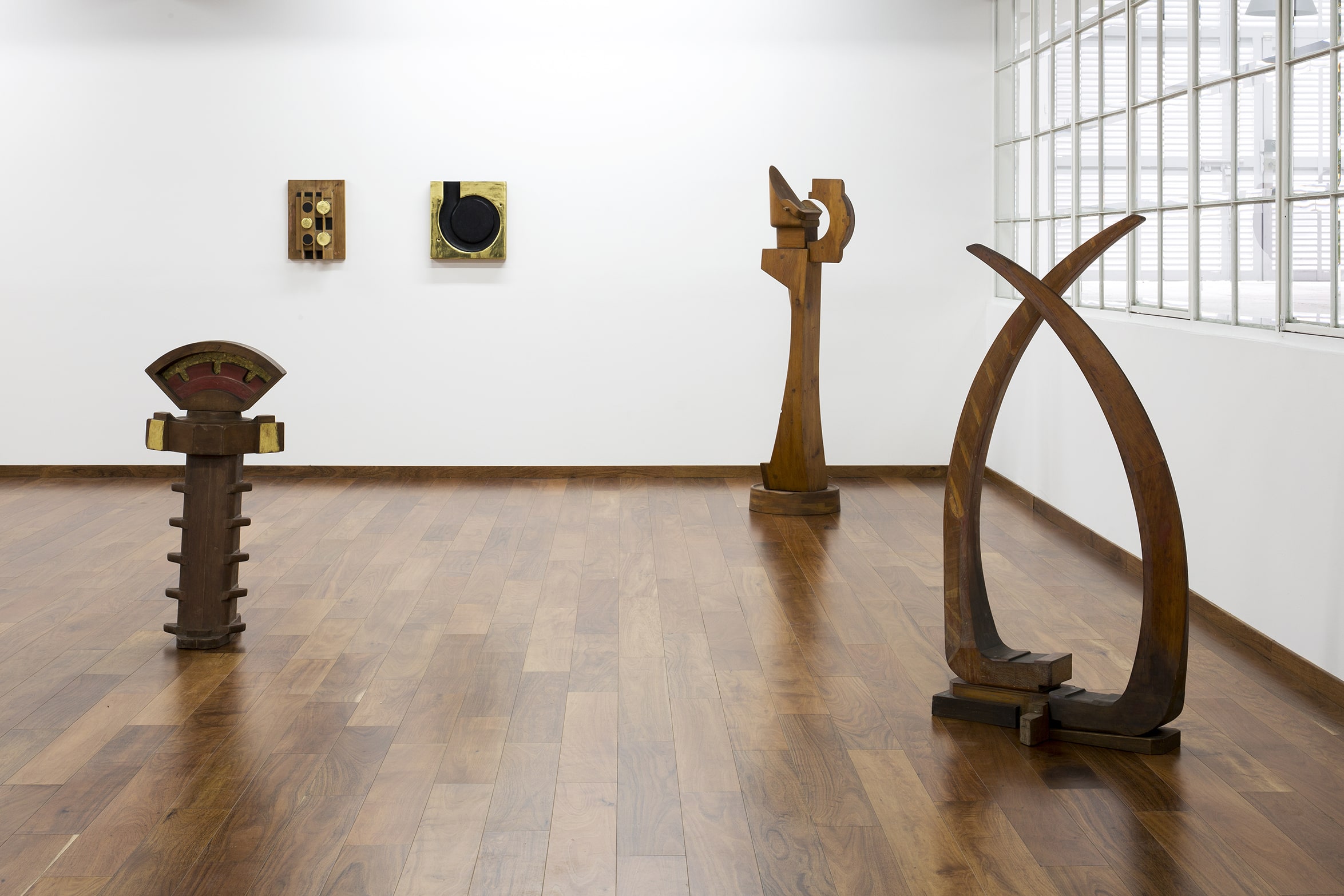 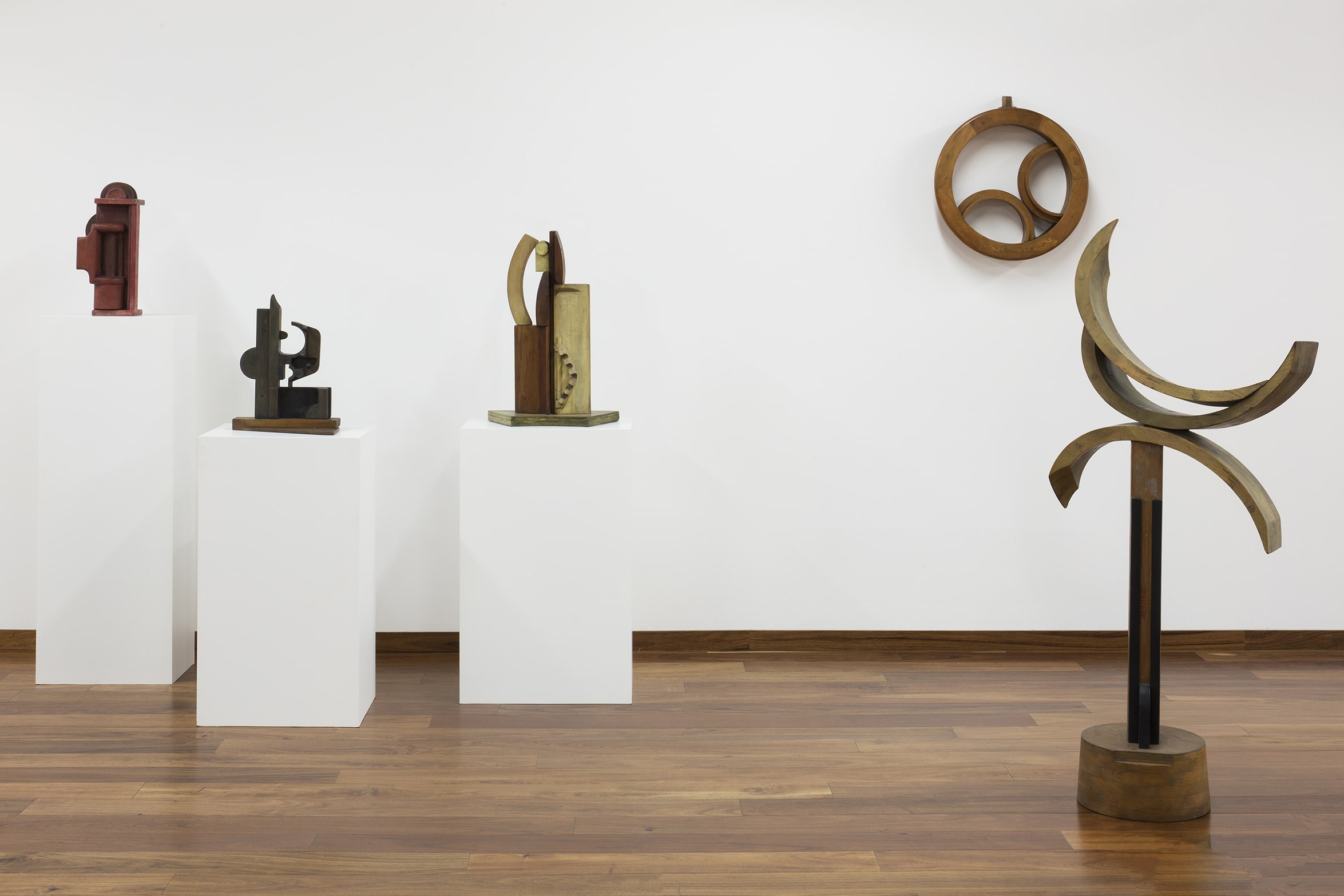 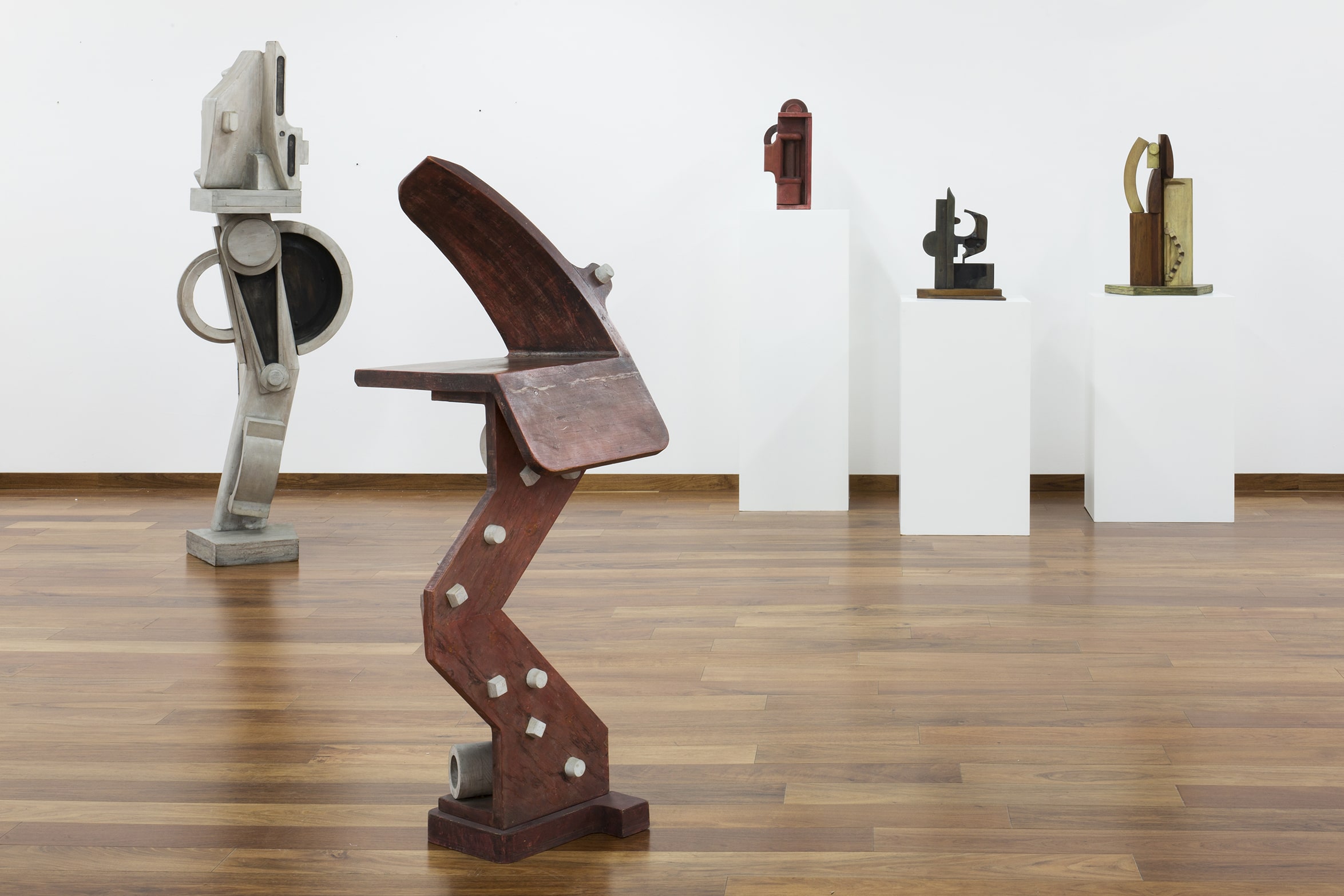 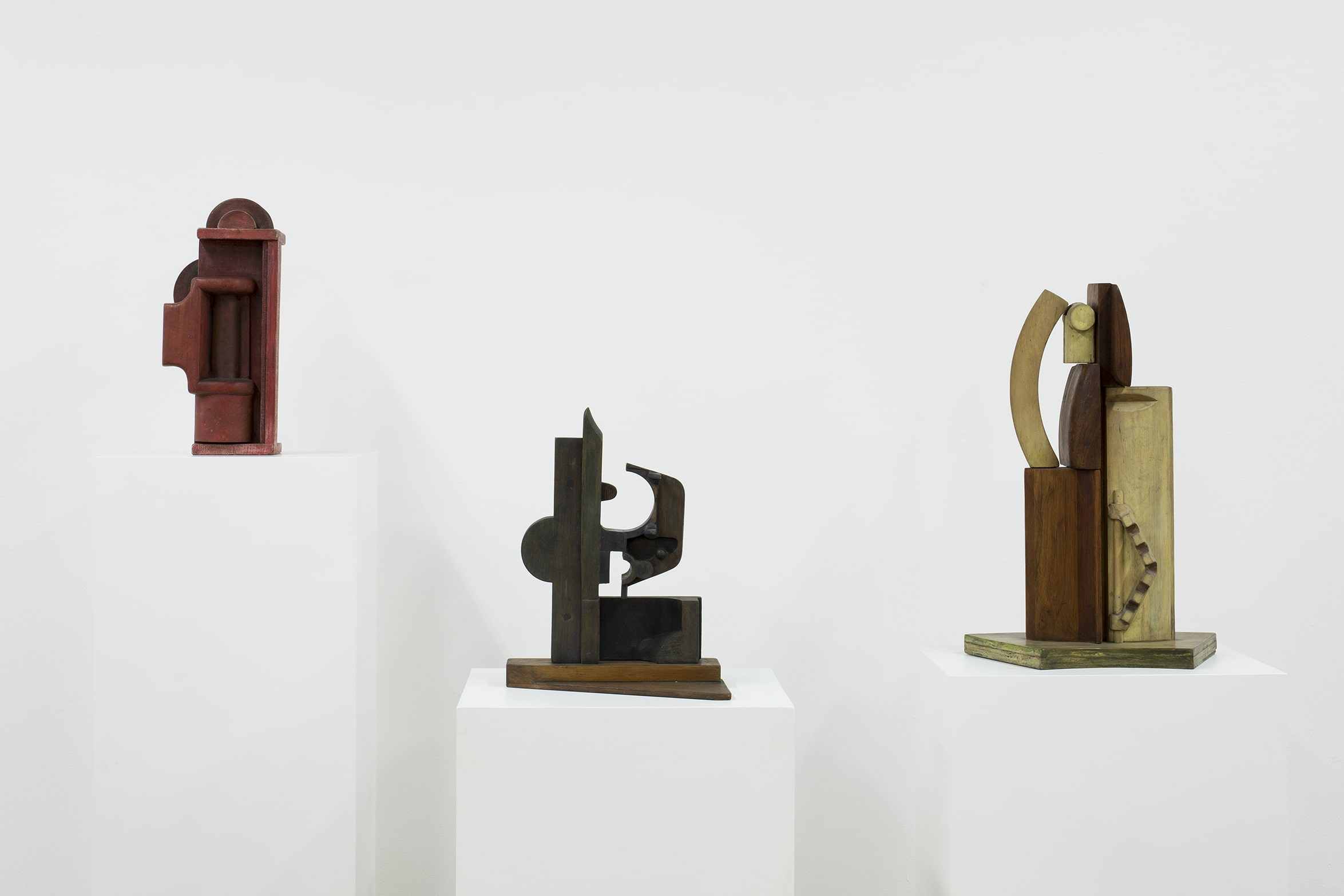 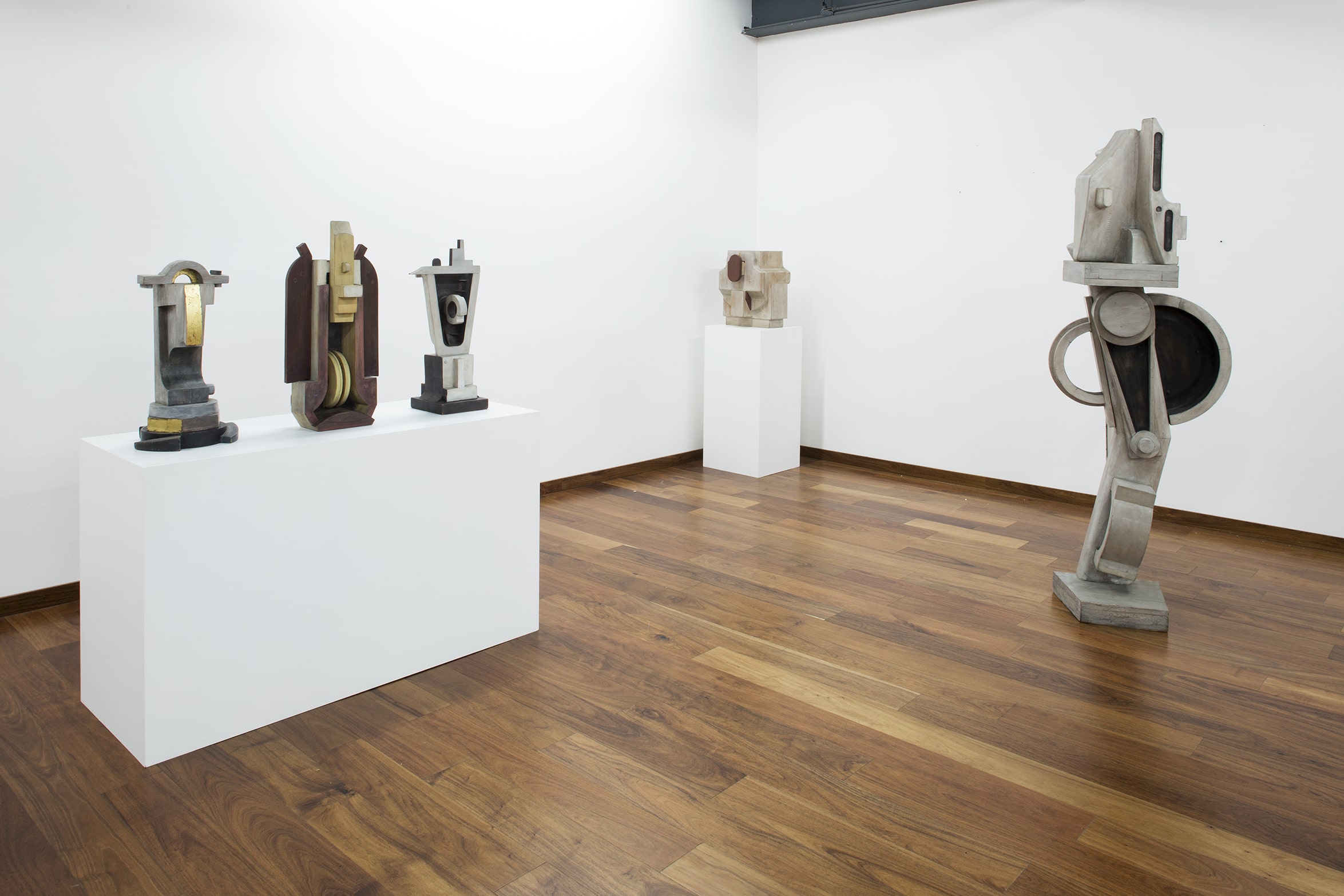 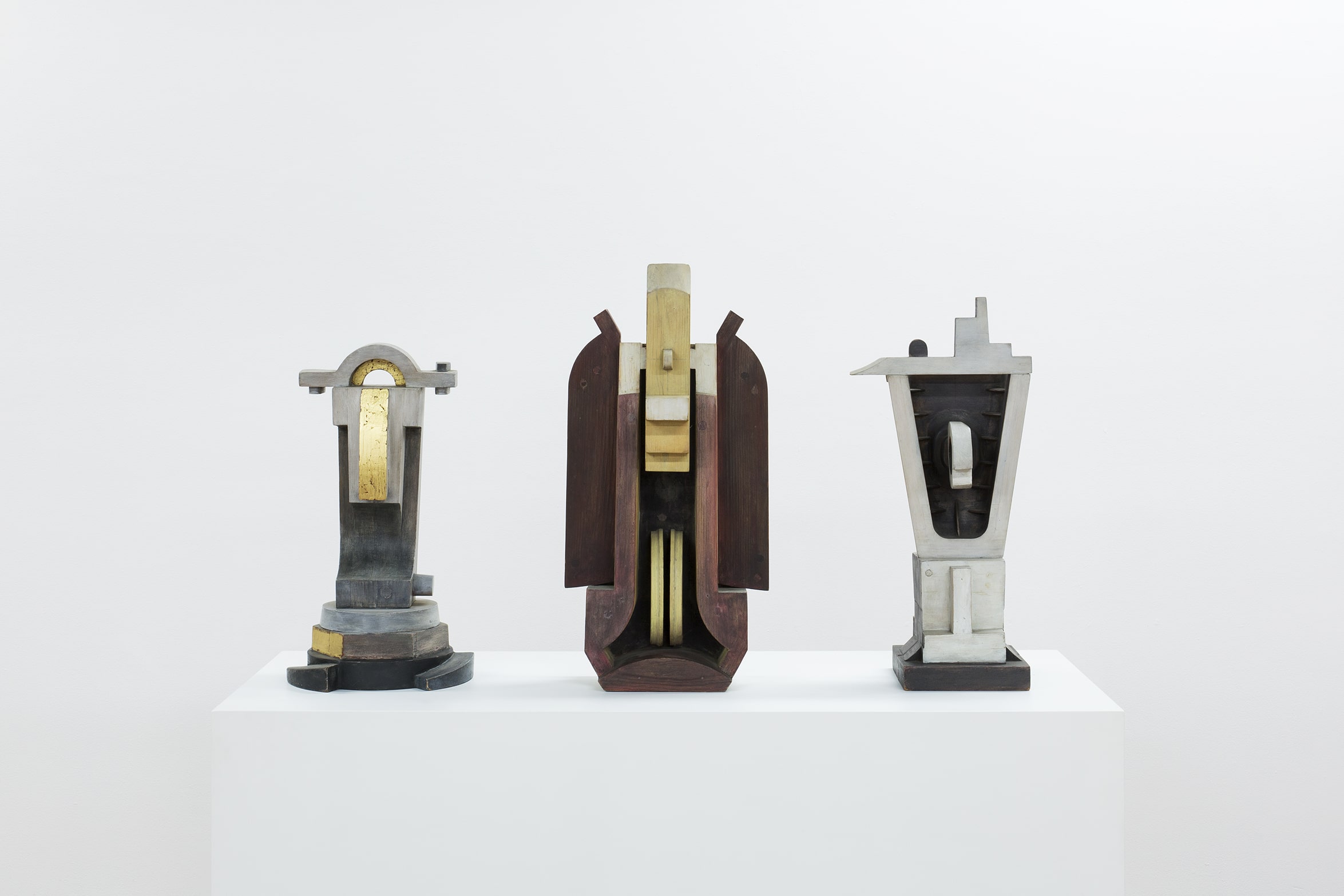 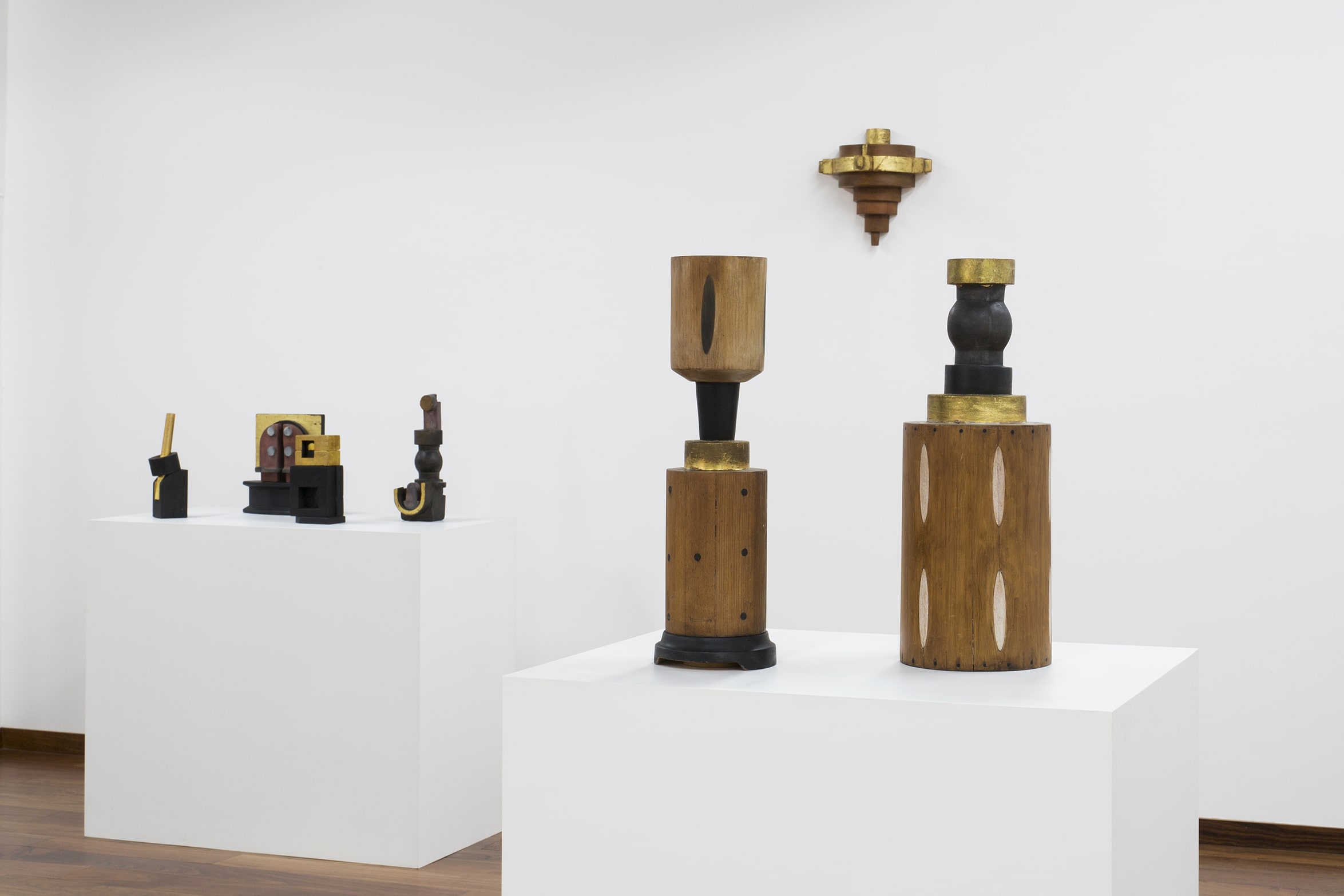