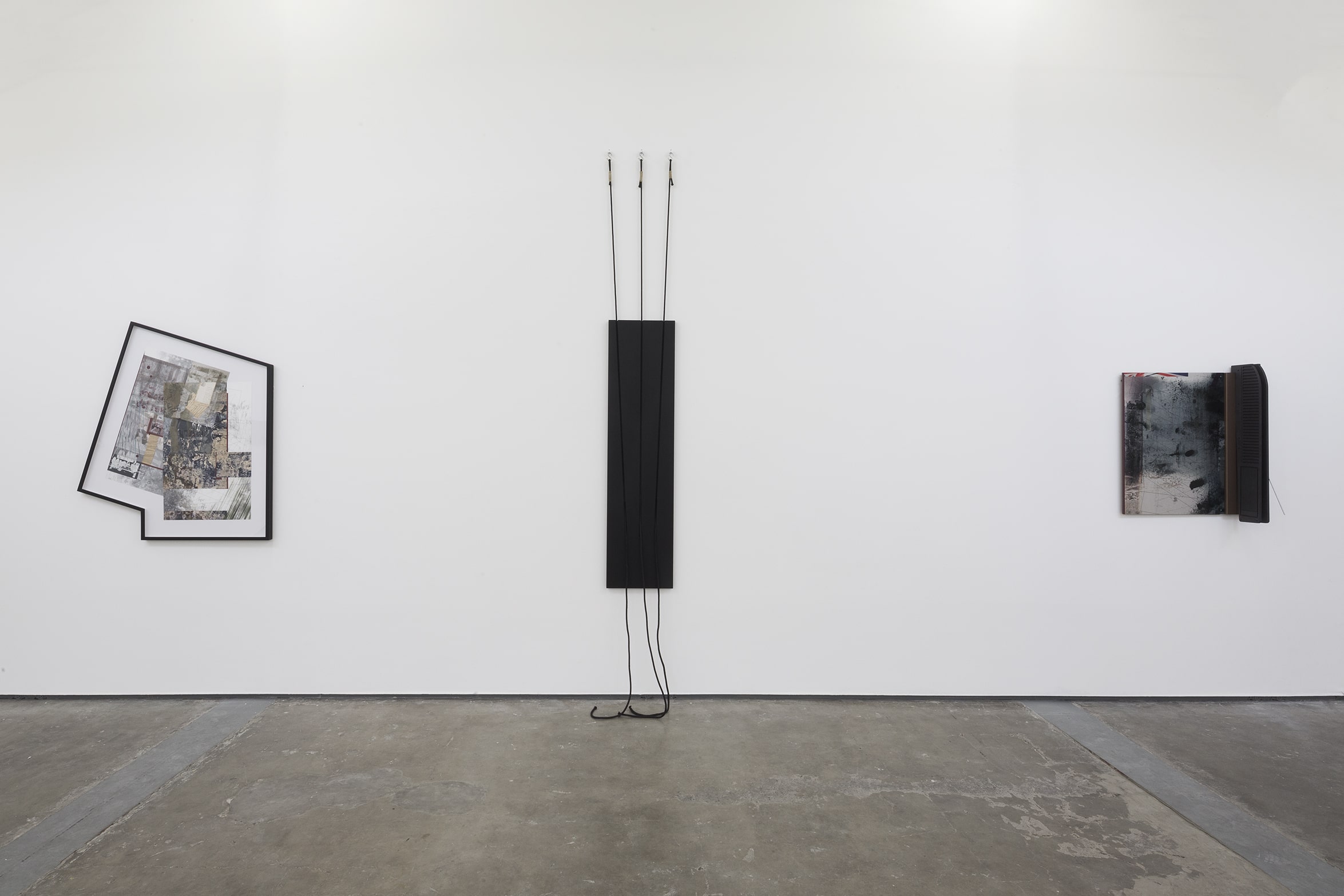 The exhibition "Archives, Annotations and New Proposals" consists of recent work by Carlos Aguirre (Acapulco, 1948), a key artist who has contributed to the Mexico City art world since the 1970s. His wide-ranging, complex body of work is marked by its engagement with the premises of conceptual art, particularly with regard to his investigations of the exercise of power and of graphic experimentation, which have enabled him to use new materials and different forms of representation. His work delves into different kinds of tension, such as that between Mexican history and global problems linked to political critique, or the tension between materials and formal structures.

The title of the show alludes to Aguirre's enduring engagement with the notions of the archive and history, while at the same time bringing together a selection of pieces that had previously been confined his notebooks, and which he is now materializing by exploring new physical media. As a counterpart to these pieces, the exhibition includes works that emphasize his ongoing quest to experiment with and combine different techniques and materials related to photography and the graphic arts. The exhibition thus offers both a direct view on the present and a review of important pieces from the past.

Research and political events continue to be some of the artist's central interests. Since the early phase of his career, Carlos Aguirre has sustained his work on a broad line of research that has enabled him to re-read official historical narratives explicitly and critically. Now, drawing on theoretical work on the social construction of enemies, Aguirre takes Trump's anti-Mexico discourse as an example, juxtaposing it with Díaz Ordaz's discourse about the 1968 student movement in Mexico City. On the occasion of the movement's fiftieth anniversary, Aguirre reprised the theme of state violence with which he had grappled since his involvement in Grupo Proceso Pentágono in the late 1960s. Inspired by Jacinto Rodríguez Munguía's books La conspiración del 68 [The '68 Conspiracy] and La otra guerra sucia [The Other Dirty War], Aguirre appropriated Emilio Uranga as a decisive figure in Luis Echeverría's propaganda strategy against the movement, and in the construction of the mass of rebellious, unwashed students as the sociopolitical enemy of the country. The artist made use of testimonies, data, portraits, and documents that he had collected or found in archives, questioning the ways in which information is handled and effectively renewing the ways it is interpreted by creating associations between the historical, political and social processes of the past and the struggles of the present day.

Aguirre's work is characterized by the use of words, images and phrases that he collects and records day after day through different information media. As part of this archival exercise, he converts statements into formal and discursive material by including them in his works as phrases inscribed via stencils. His work thus creates a particular combinatorial assemblage out of stencils and printed or vinyl images, resulting in pieces that contrast with representations of agitation constructed by the prevailing aesthetic and narrative discourse.

Starting with his stay in London, where Aguirre pursued a master's degree at the Central School of Art and Design, he developed an interest in color theory, particularly the partitive system and its relation to offset printing; whence the series of constant trial runs that enabled him to broaden the spectrum and possibilities of his use of color. Nuanced shades and tonal tints, little explored in Mexican art, began to appear regularly in his work.

The artist's training as an industrial designer influenced his preference for constructing installations with simple structures and lightweight appearances, which have established him as a pioneer in this field. Underlying these pieces is an internal tension between geometrical figures and simple structures, wherein form is defined by limiting conditions and the economy of elements. Throughout Aguirre's work one finds his tireless, abiding concern with seeking out and experimenting with new materials and techniques. By exploring new and innovative industrial processes in graphic art, combining mechanical and digital techniques, and incorporating collage and meticulous draftsmanship, Aguirre has produced singular works that have enabled him to renew the critical impetus of his language. 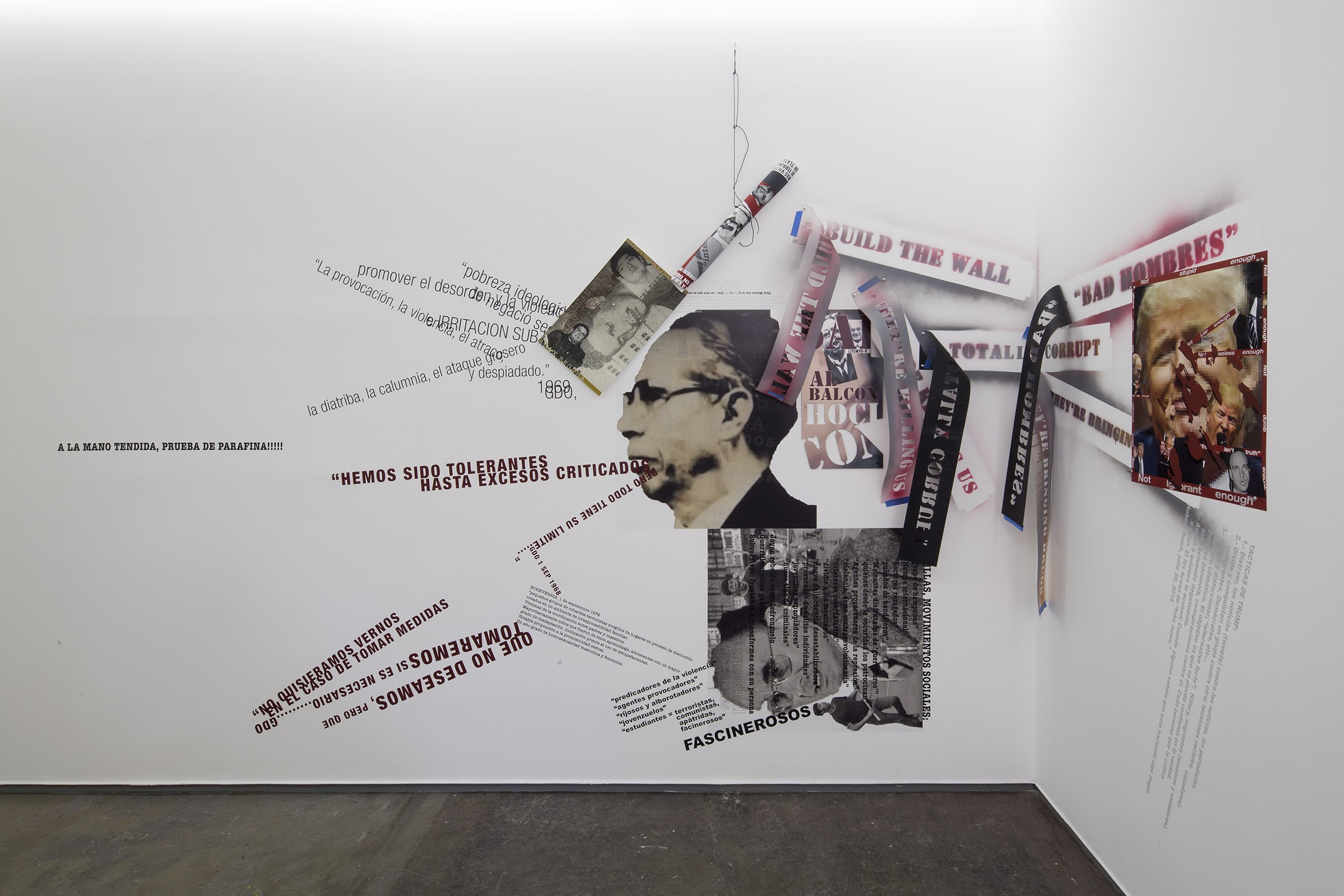 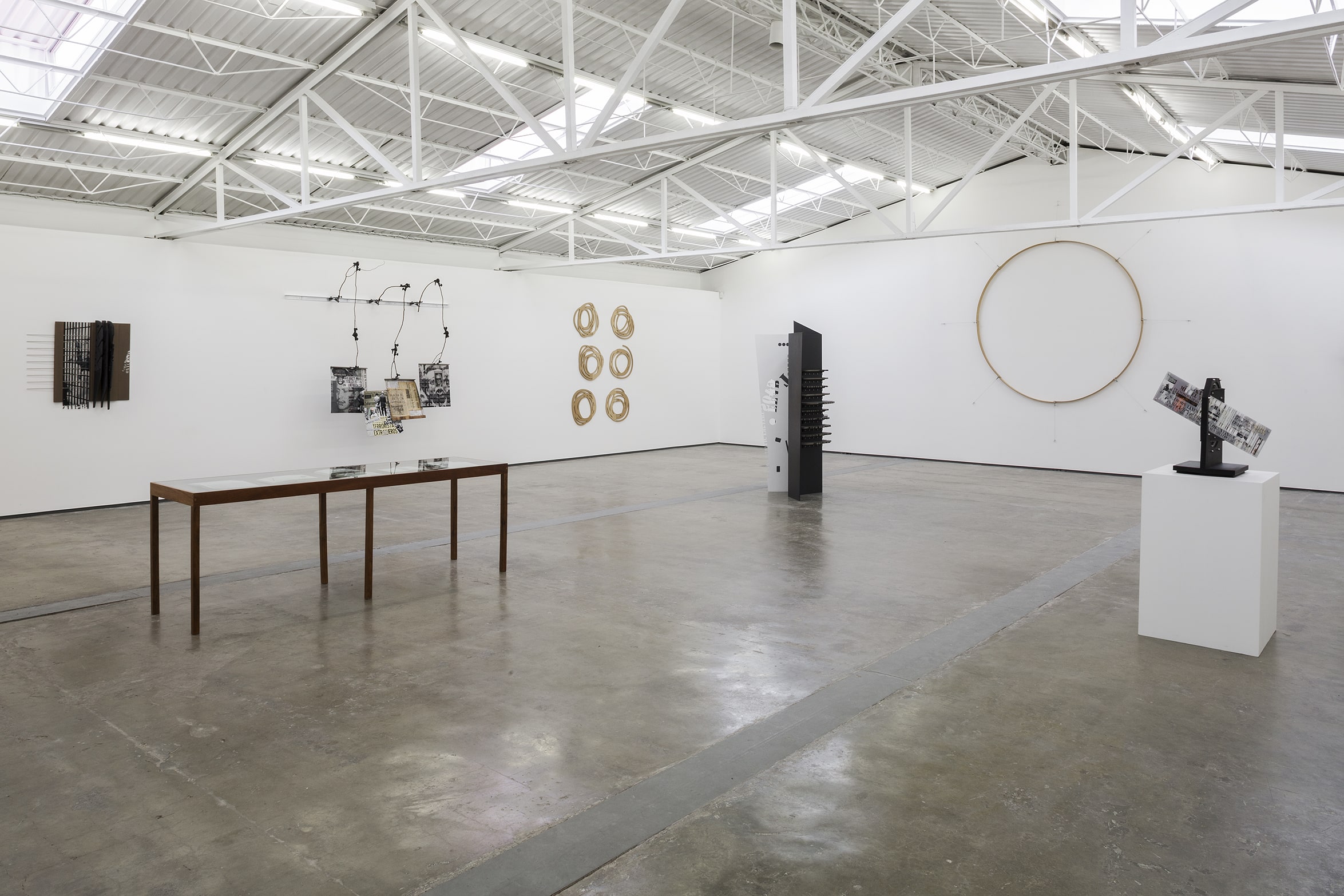 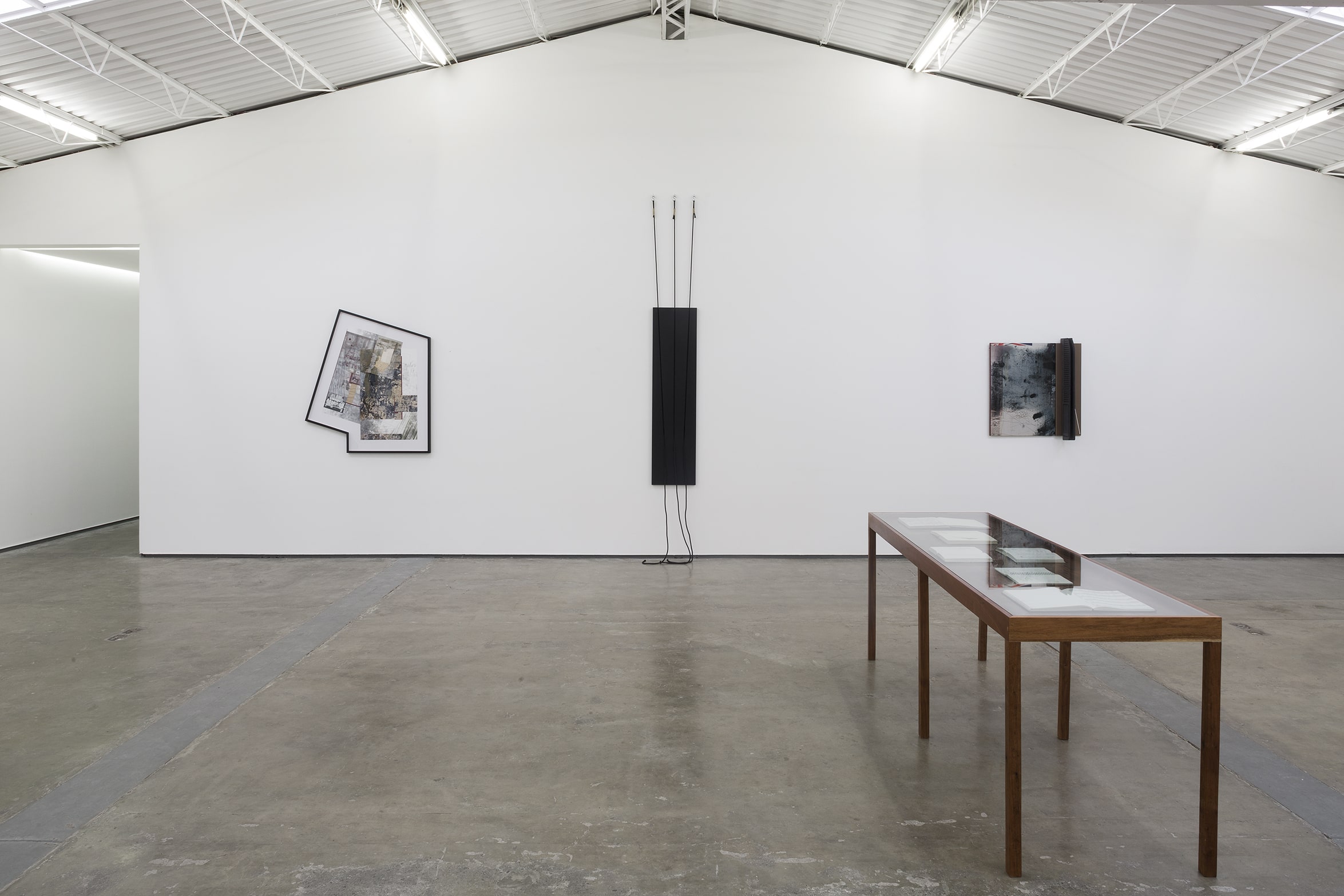 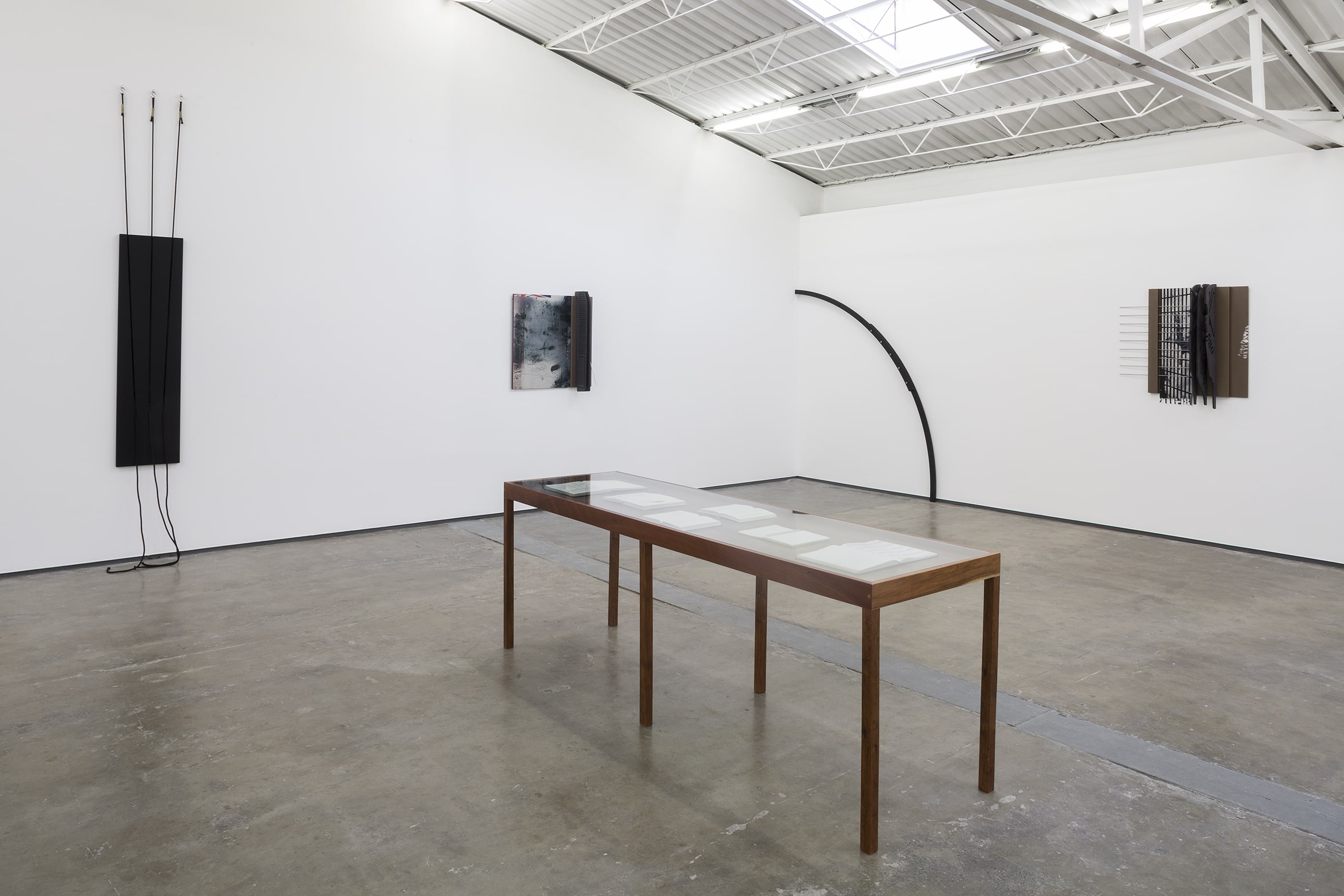 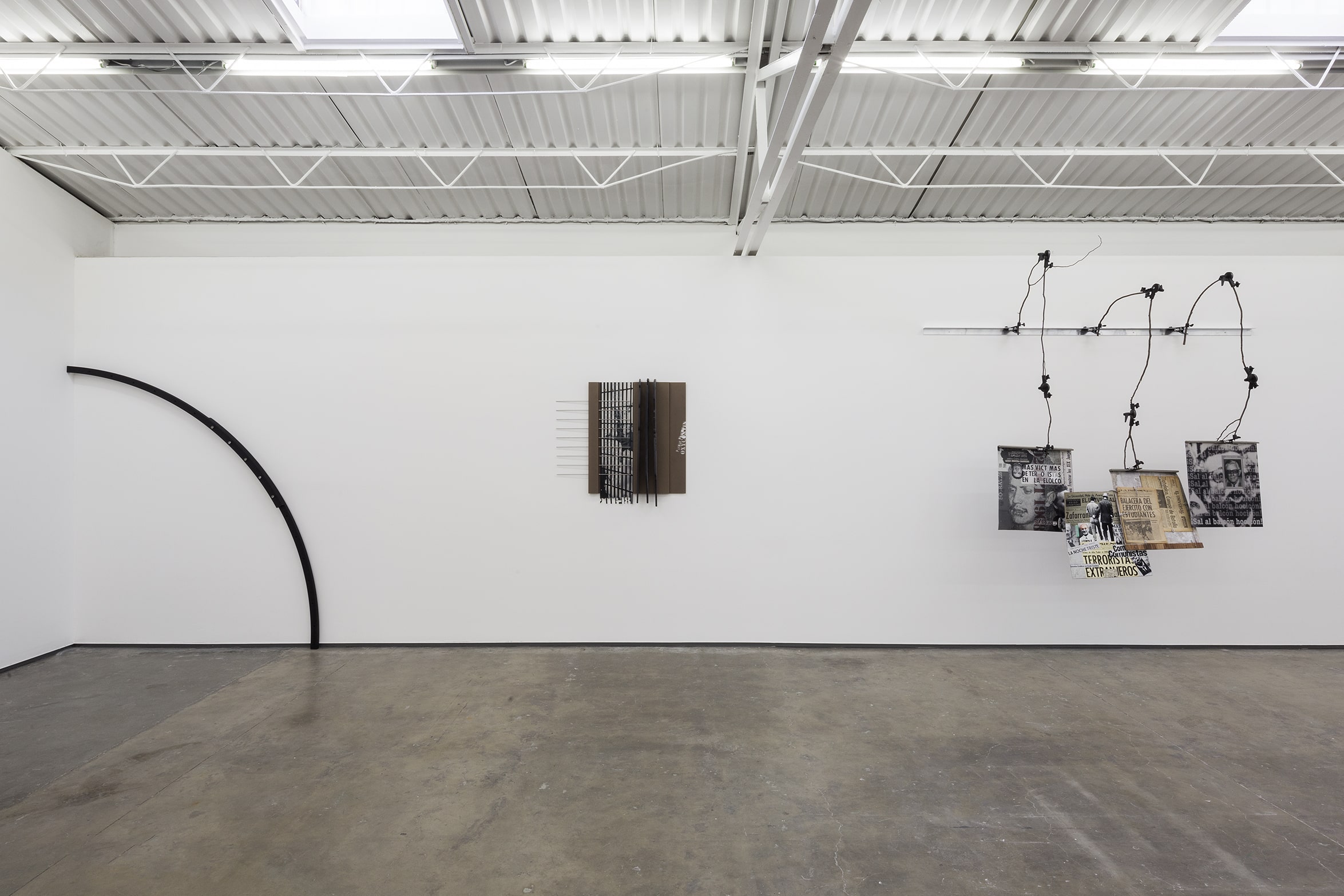 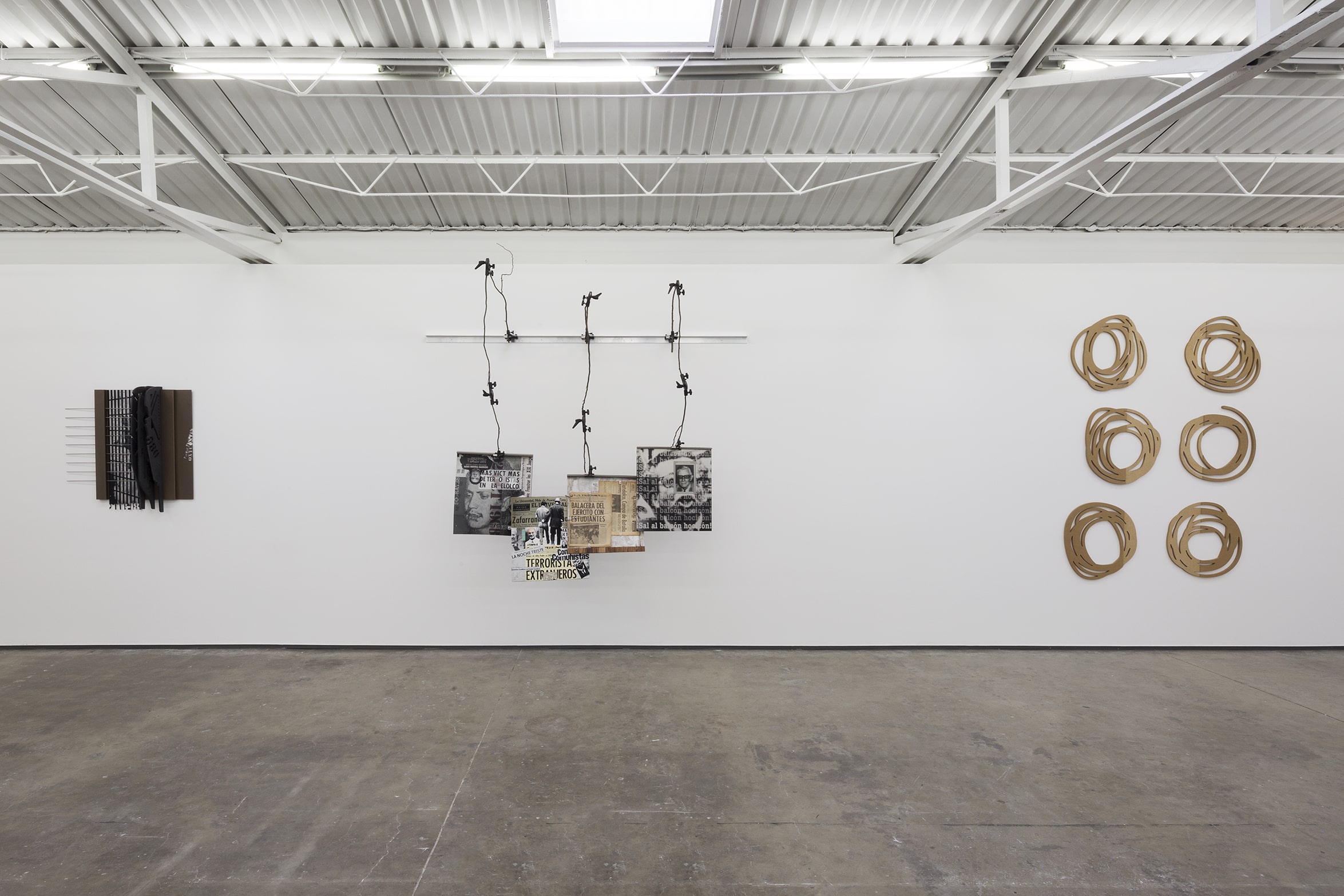 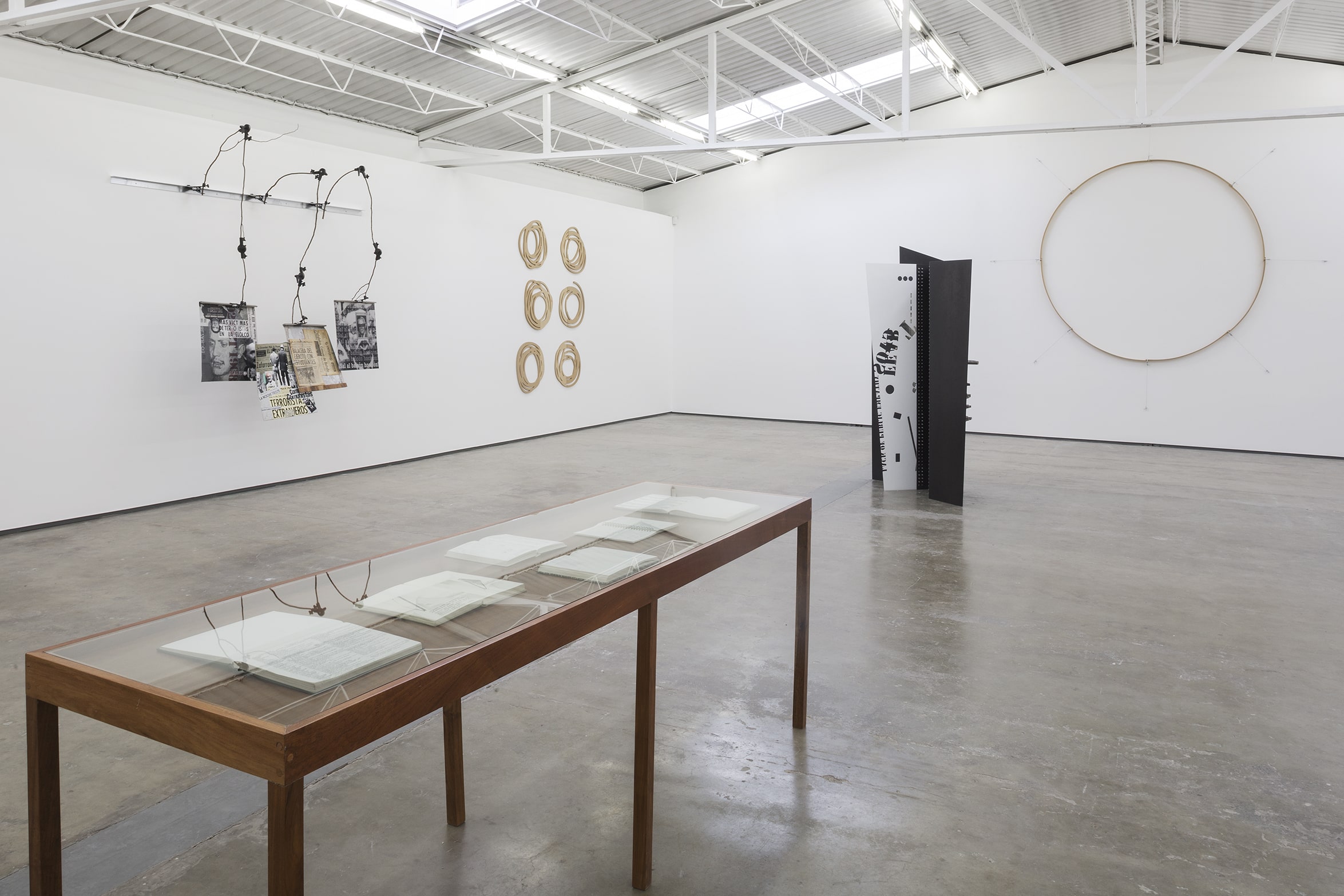 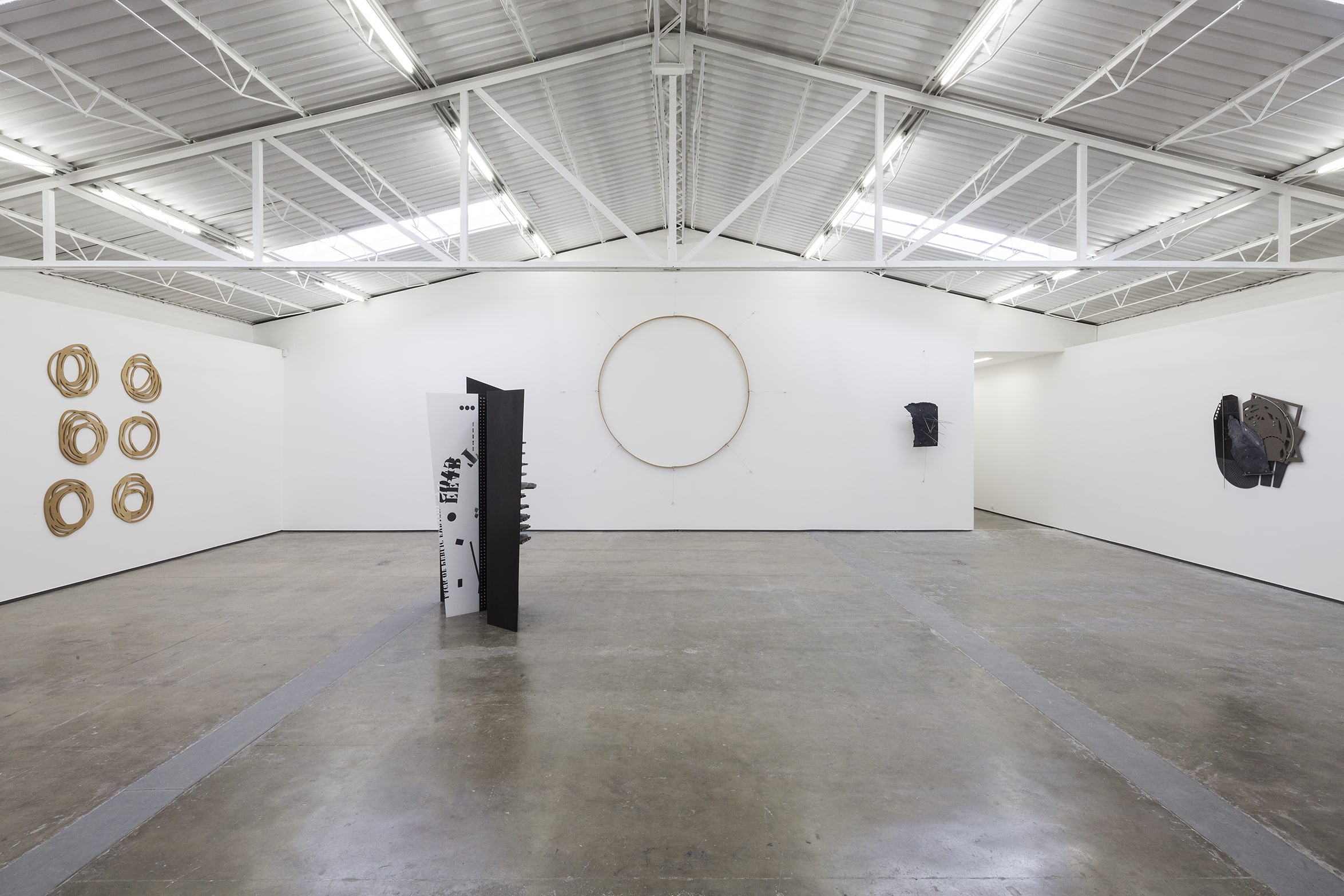 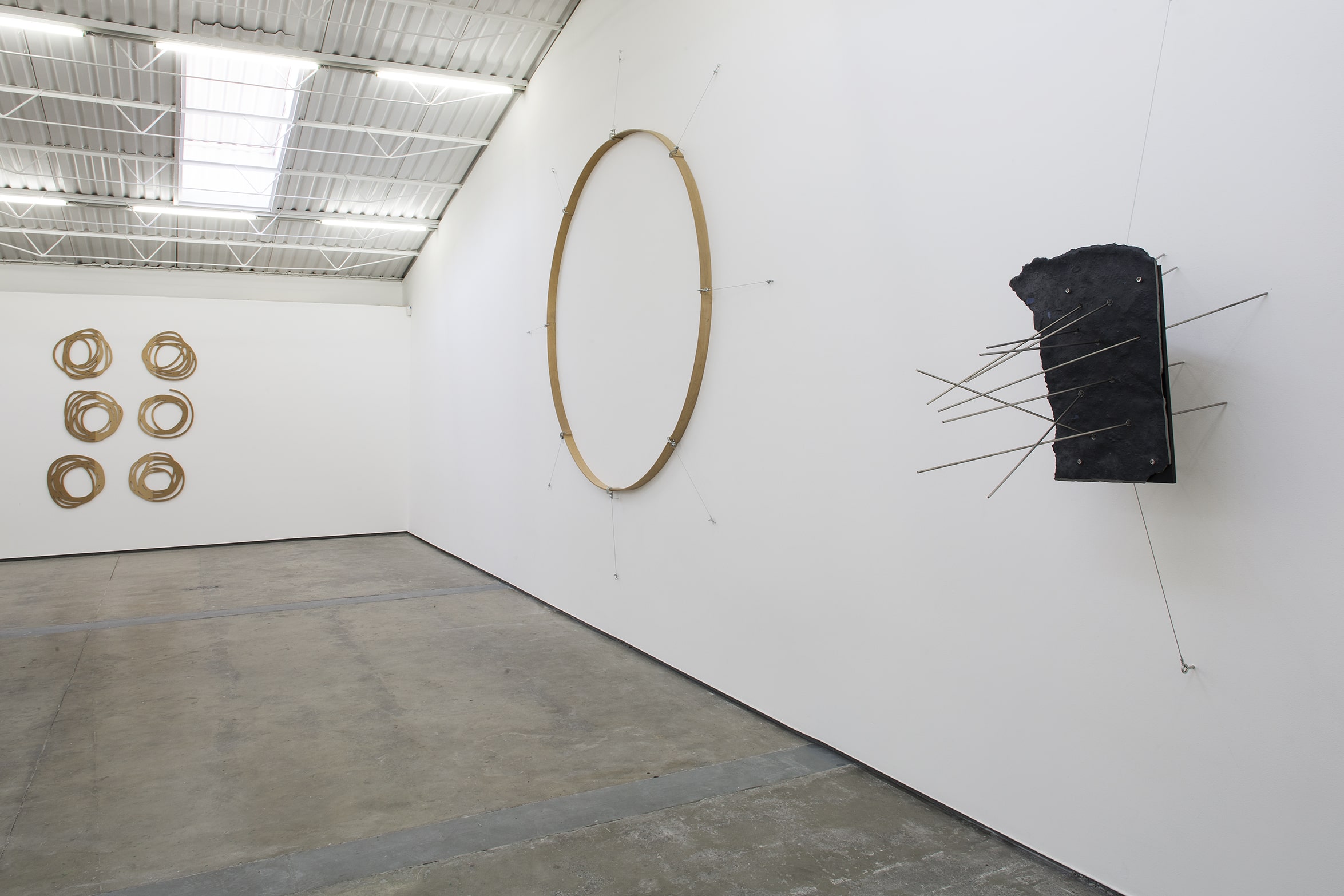 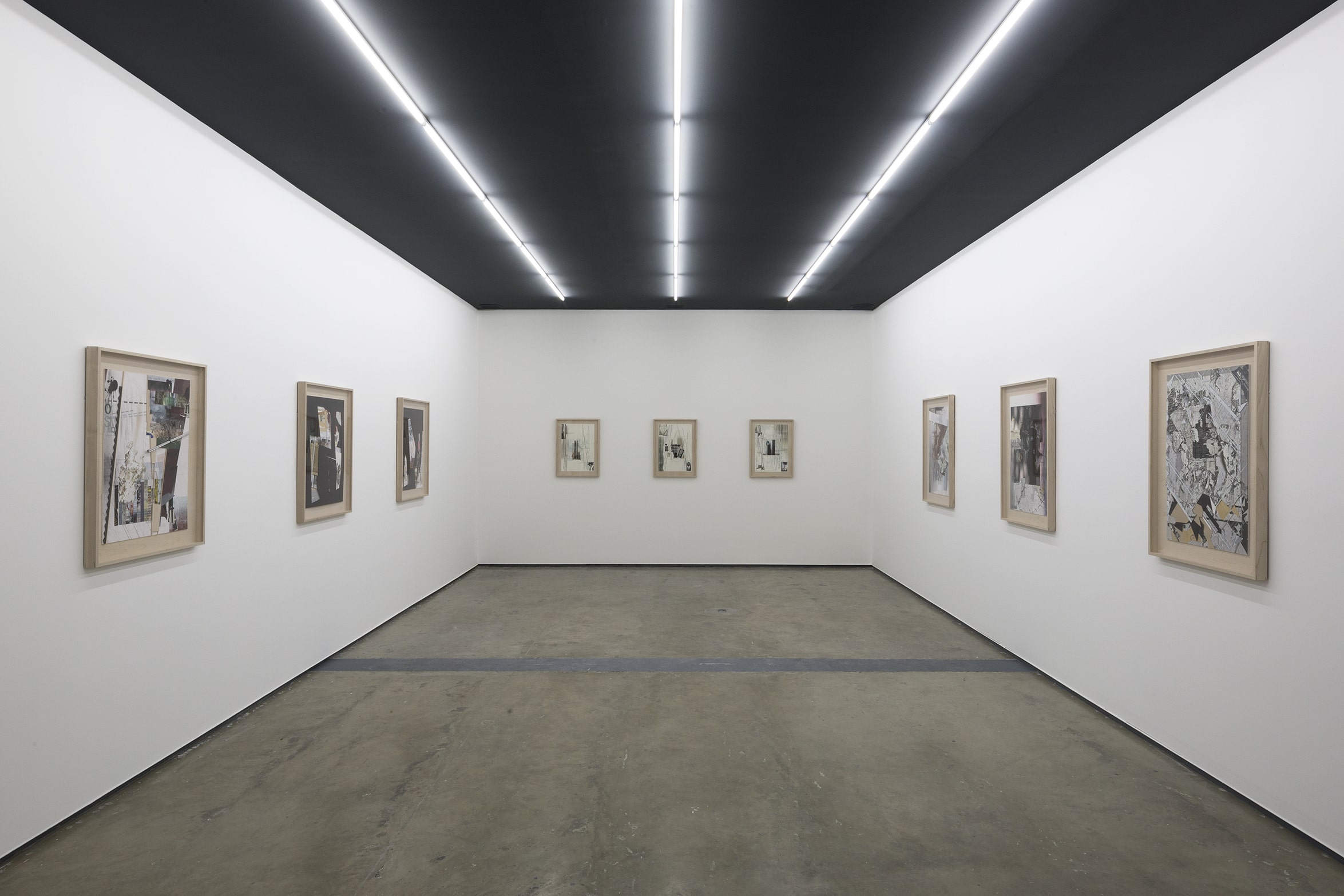 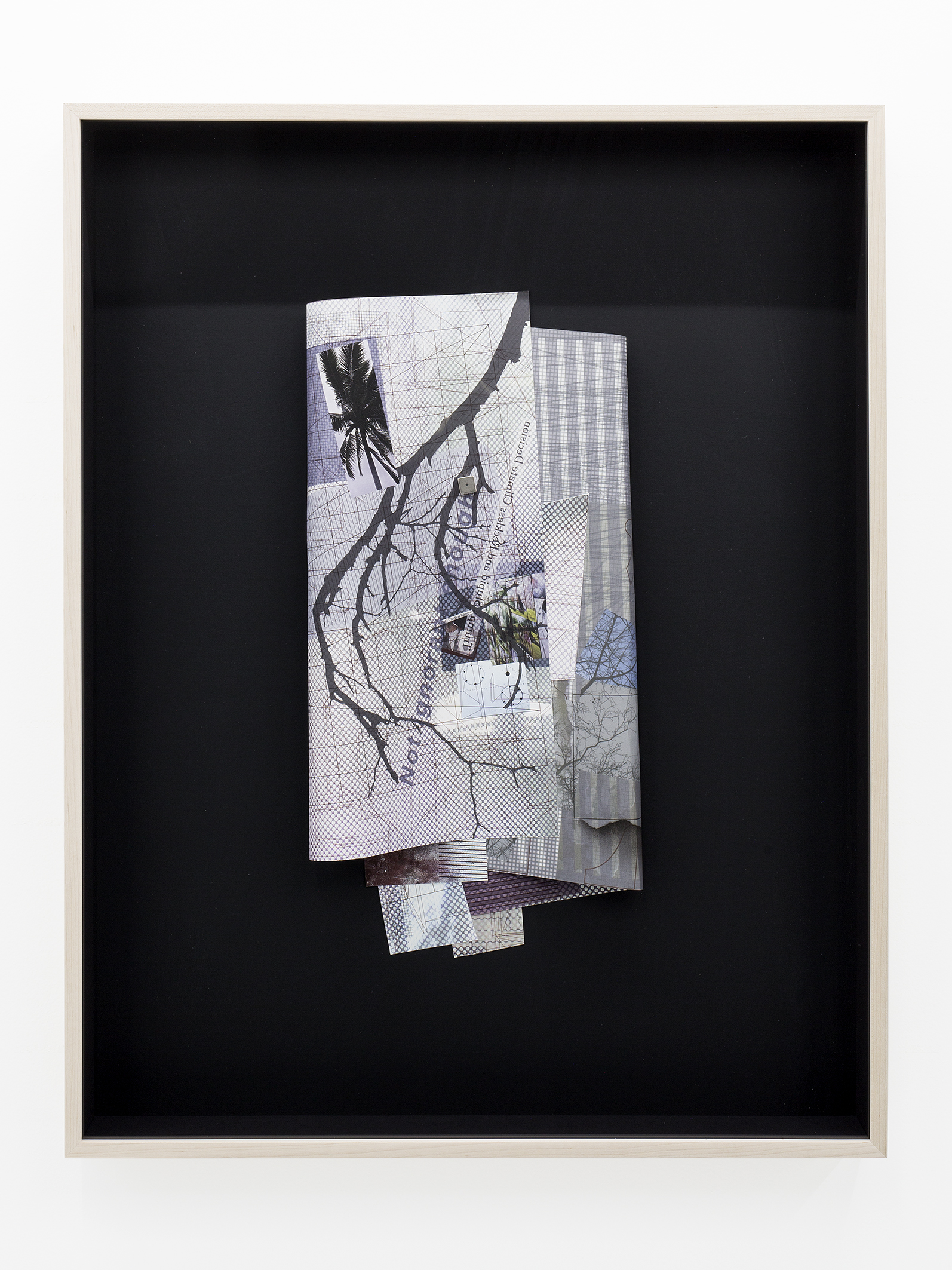 Plotter resolution both sides and magnet 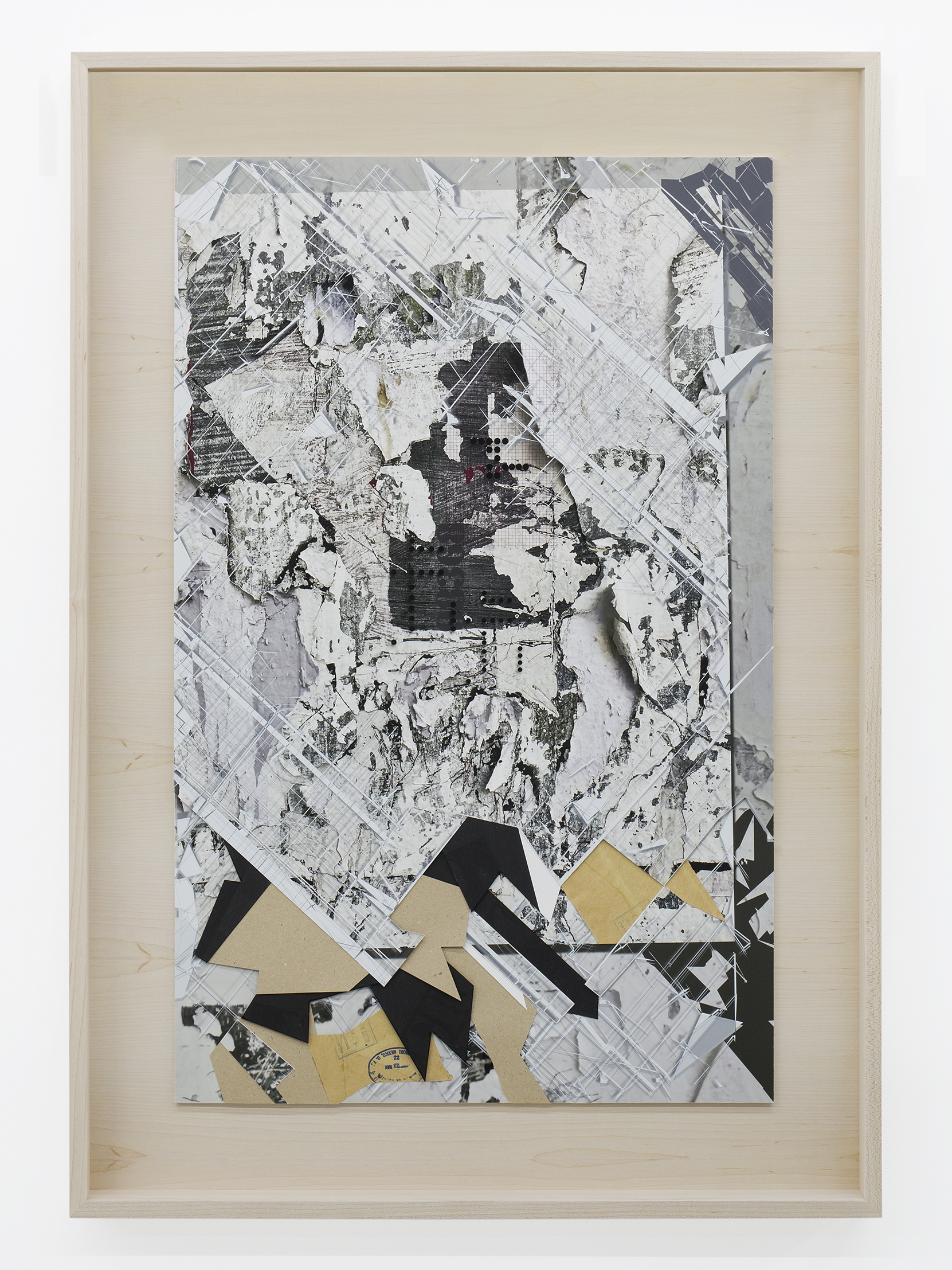 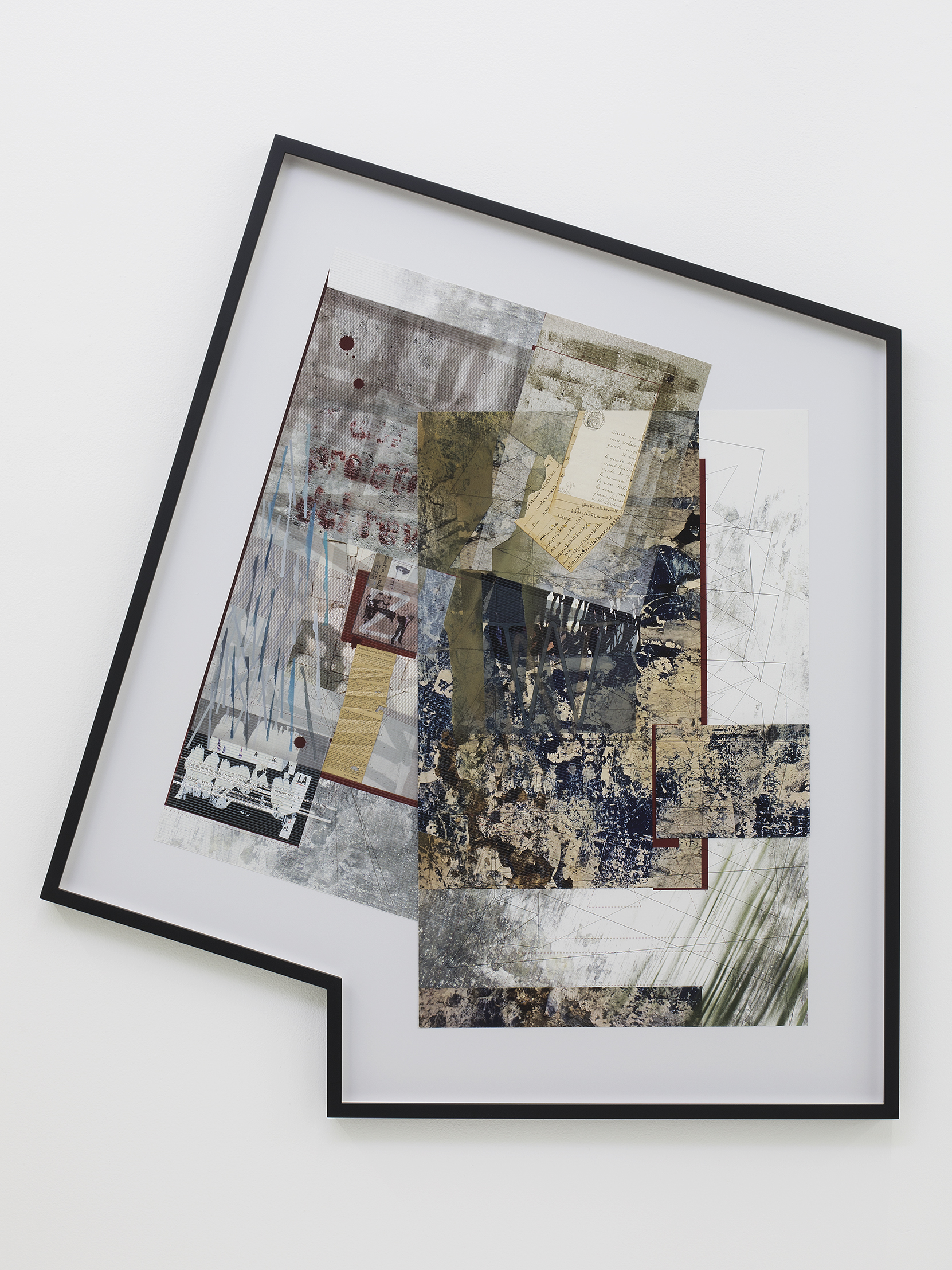 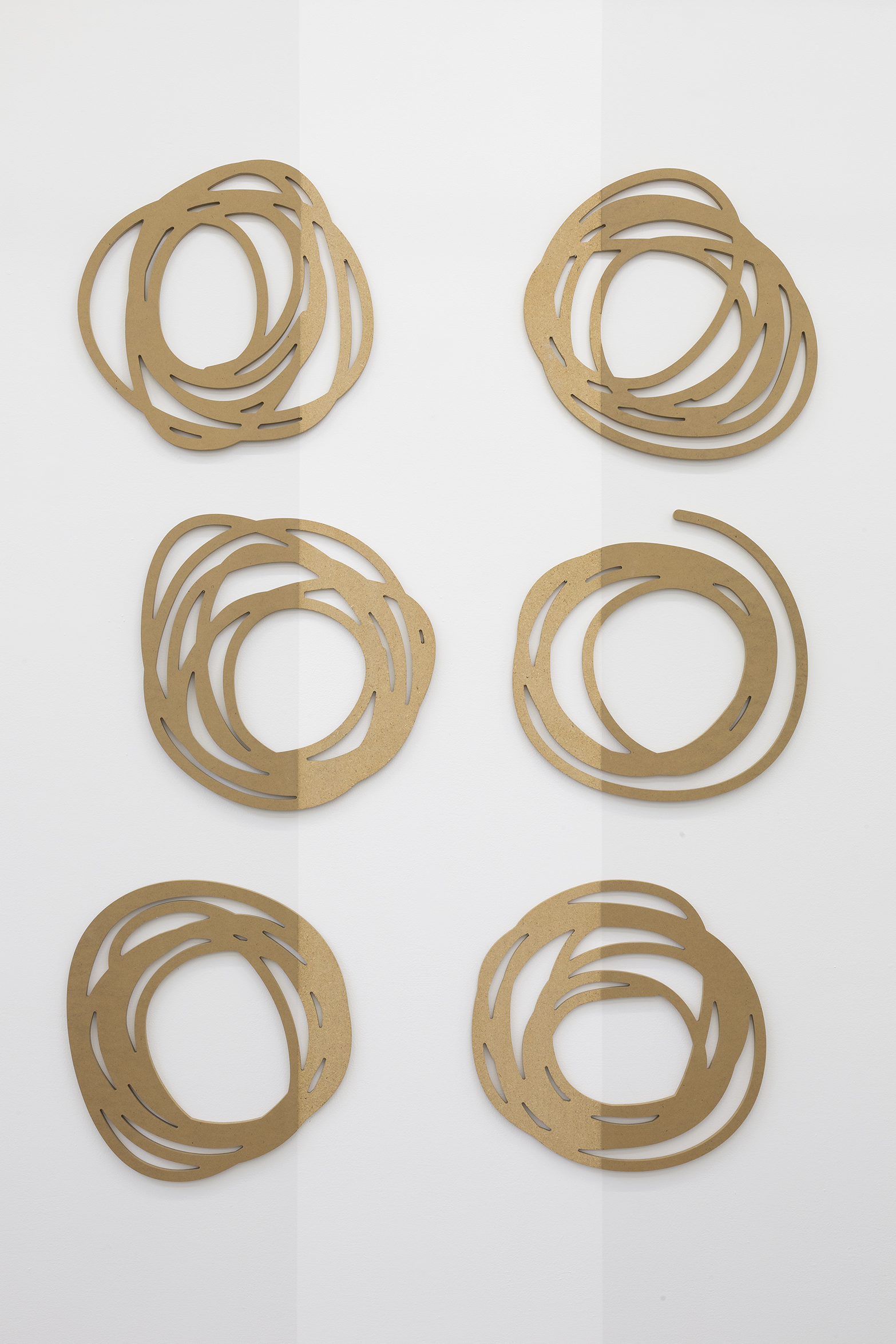 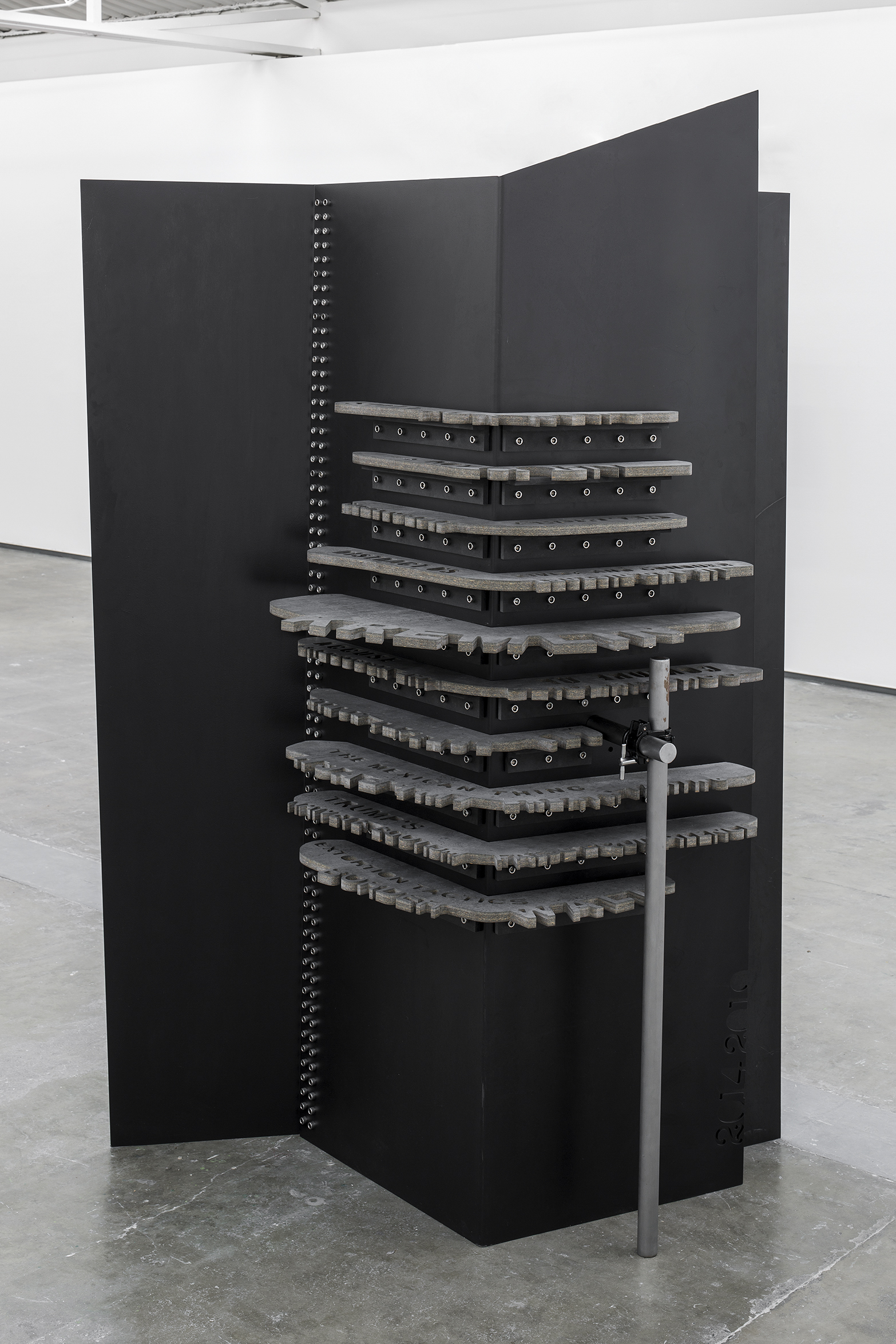 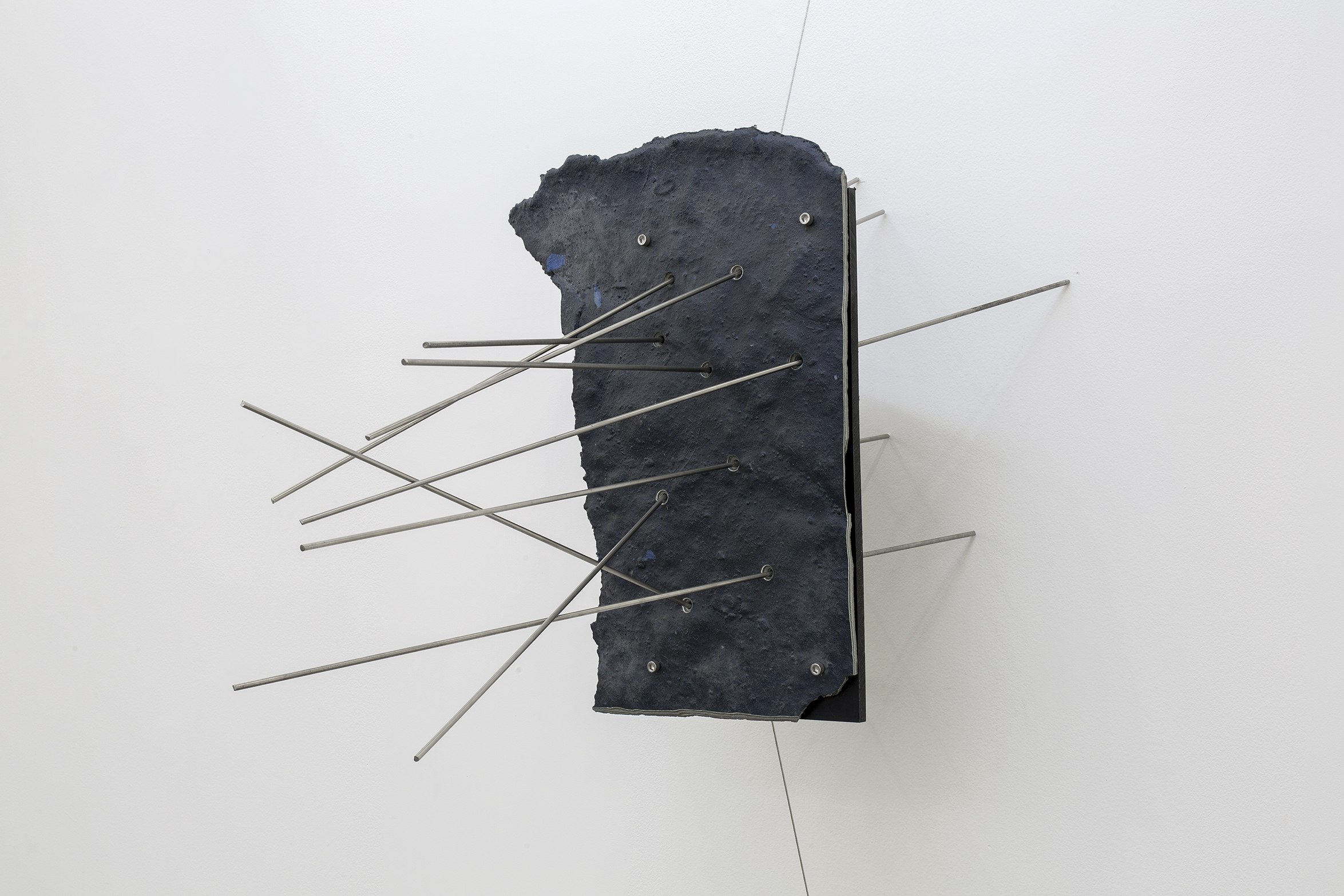 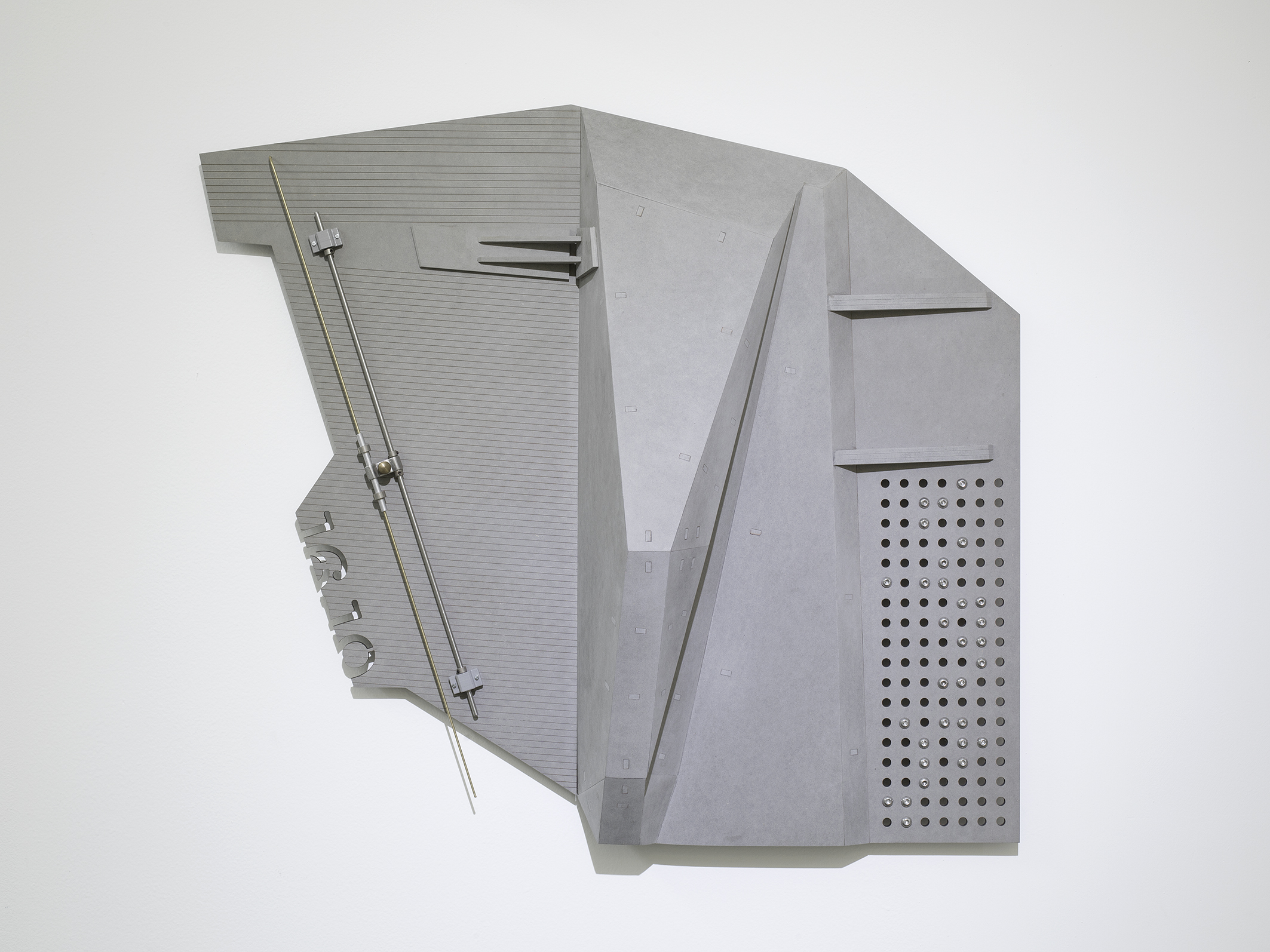 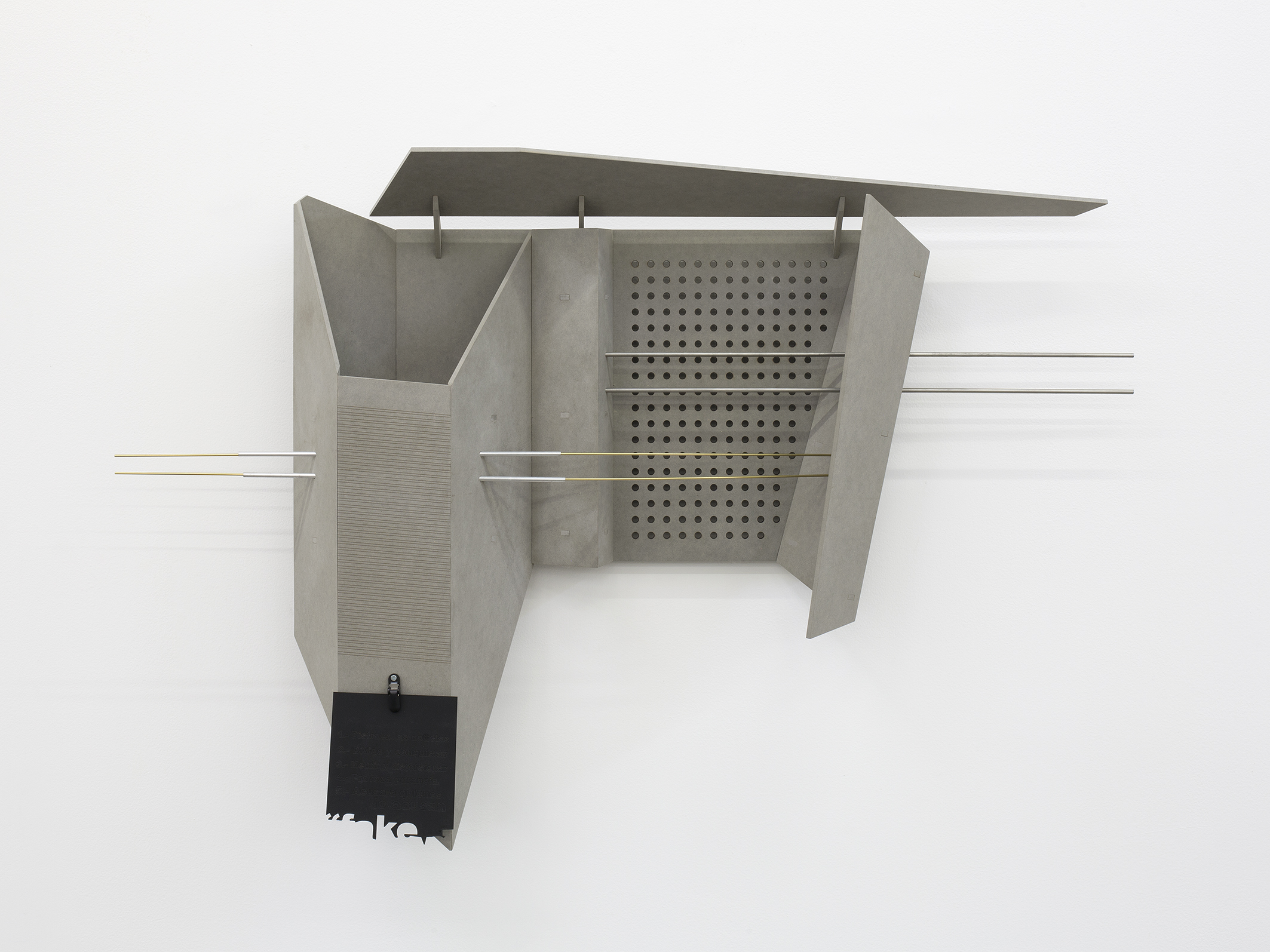 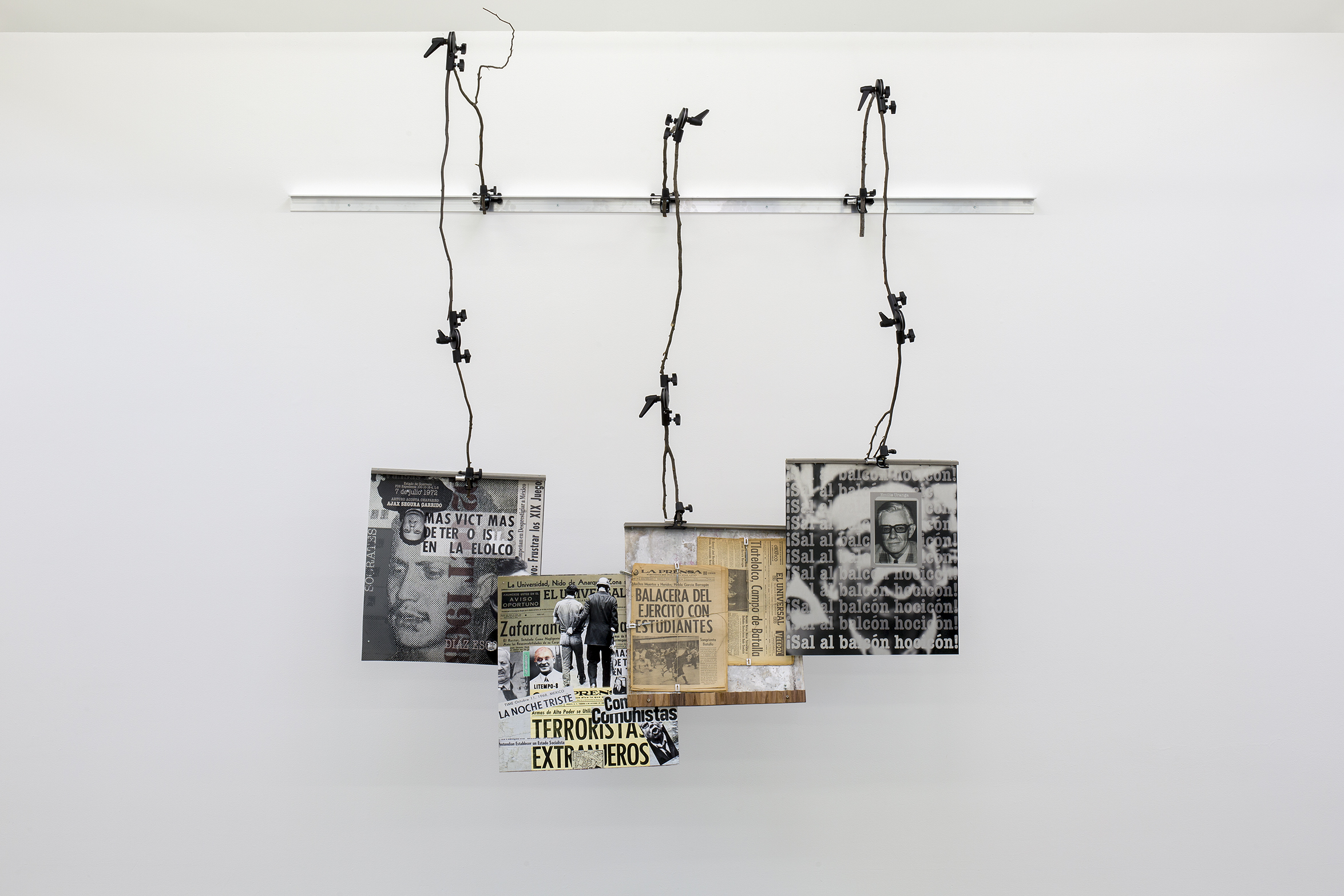 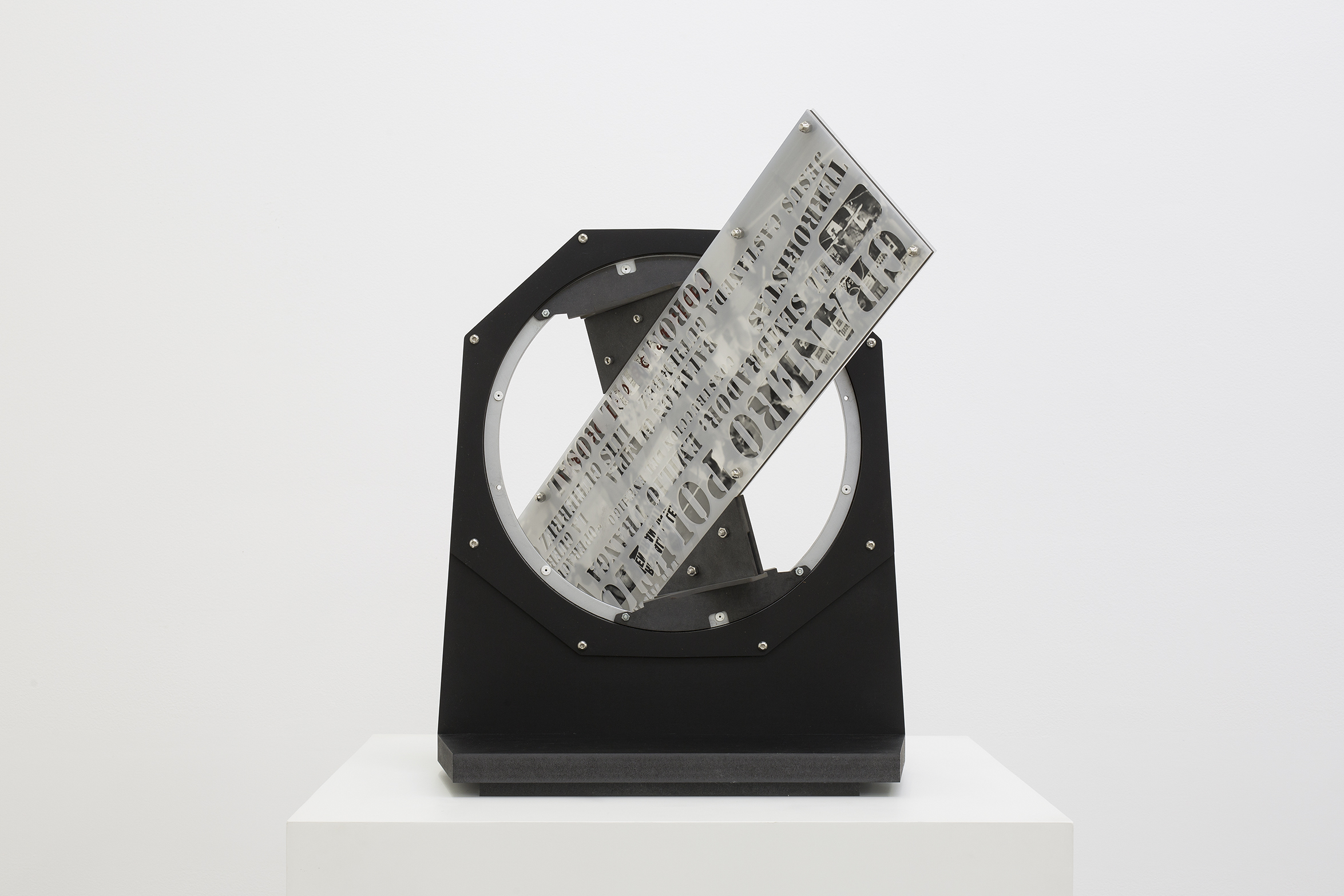